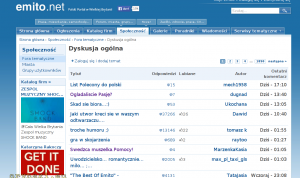 Translated by Craig Proctor Were the thousands who marched down the streets calling us to arms against ACTA the only ones concerned with internet freedom? The government’s designs on the internet users freedom were fought off, and their lives returned to normal, in other words Facebook, Google and other sites resembling Wykop and Reddit. Having […]