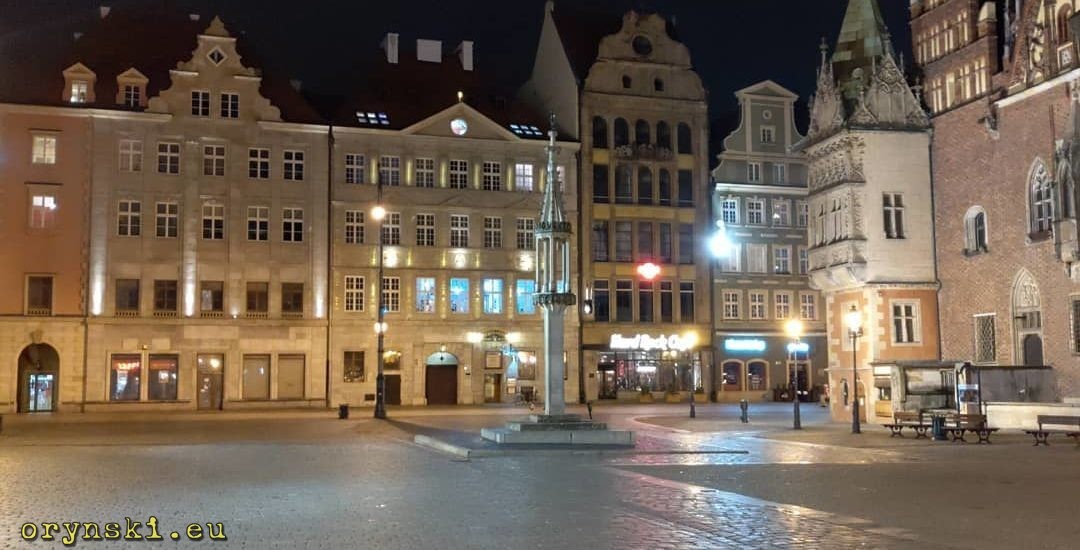 And so, with the virus spreading, most of Poles stay at home. The internet is full of pictures of empty cities. Luckily, there is plenty of streaming services to choose from, including katoflix.pl, the Polish answer to Netflix that streams only Catholic materials. But pandemia is pandemia, #stayathome is #stayathome, but the political show must go on. A week ago Central Anti-Corruption Bureau entered offices of the foundation helping Polish transplantology. The reason for that investigation is that the speaker of Senate, Tomasz Grodzki, is one of its founders and PiS is trying really hard to try to find some dirt on him.

Meanwhile Stanisław Karczewski from PiS, who was mocking Grodzki for that he is a doctor and cannot wash his hands properly has been put under quarantine. He is also a doctor and was treating a suspected Coronavirus patient without observing safety precautions. The patient was not tested in time due to lack of tests, but I guess that for such prominent PiS politician like Karczewski, a test will be available almost instantly.

The government is also in trouble – with its businesses. Recently it has been announced that the state-owned Polish Airlines LOT are buying a German airline Condor. The government spin was that it is an overwhelming success of our country, as instead of our companies being bought by Germans, we are buying theirs. But if one looked closer, the idea turned out to be not so great: the airline’s whole business model was based of being a charter line for recently bankrupt Thomas Cook and closely cooperating with Lufthansa. That was was nowhere near being compatible with LOT’s business plans. Or that of the other lines, for that matter, as apart from LOT there were not many interested parties to take over Condor. It seems that it was yet another PiS business plan based on the illusion of grandeur – during previous PiS rule president Lech Kaczyński wanted to show to Russians that Poland dominates the energy market in Baltic States and Polish oil giant Orlen has purchased Lithuanian oil refinery Mažeikių Nafta. If the plan was to anger Russians, then it succeeded brilliantly and Russians cut the supply of crude oil to the plant, forcing it to seek alternative sources and making the whole enterprise unviable. But Orlen is a big oil giant, that has a virtual monopoly on the Polish market, they could survive it. Many are afraid that the unthought purchase of Condor might sink LOT, which just recently narrowly avoided bankruptcy.

But what to expect from PiS politicians – they have no clue about the economy. Or even basic everyday things. Recently Andrzej Duda expressed his sadness that government ministers don’t earn enough – he pointed out that those poor sods earn only about 7000 zł and, when coming from other parts of Poland, still have to pay for their flats in Warsaw. The thing is, that the average pay in Poland is much lower than ministerial salary and when ministers pay about 1000 zł for their government-subsidized flat, the ordinary Warsaw tenant would have to pay at least 2800. So the president has obviously made a fool of himself.

But he was not the only one. His own party also showed him his place. After he fought so badly to show some scrapes of his independence and demanded for Jacek Kurski to be removed from TVP in exchange of his signature (see here), his request was given to him only to appoint Jacek Kurski as (well paid) adviser in TVP (many believe, that he will simply rule it from back seat from now).

And I guess his propaganda skills will be needed. Because it turns out, that the government measures to tackle pandemics do not work that well as they looked. Sometimes it’s simply to the underlining inefficiency of the system – like when the face masks for postmen were sent to them by post and got stuck somewhere in the postal system. Or when it turned out, that the Polish government actually ripped Poles who tried to return home from abroad: after regular flights were canceled, government-organized several repatriating flights by LOT, so people had to fork out again for (this time much more expensive tickets) only to find out later, that if Poland used the EU wide scheme of repatriating, they could be returning home for mere 25% of the cost.

Some private businesses also try to rip out Poles. According to Newseek, LPP (a corporation known for evading taxes by registering its businesses in tax havens) first stripped Poland of face masks in order to send them to China. Officially it was to help Chinese people, but in fact, the masks were given to workers who produce clothing for LPP owned brands such as Reserved. Now, with the economy in trouble, the company demands government help. Adrian Zandberg, a left-wing MP suggested, that if they pay their taxes in Cyprus or somewhere in the Netherlands Antilles, they should seek public help from the government of those countries.

But the hottest topic in Poland last week is the oncoming presidential elections. While experts call for it to be postponed due to pandemics, which is supported by approx 75% of the population, PiS still pushes for them to be held as planned. This is why they refrain from introducing countrywide state of emergency, as by law the elections on that day would be impossible. According to Kaczyński “there are no reasons to introduce the state of emergency”, “the experts are politically biased” and so on. The opposition points out, that while Duda is omnipresent in the state-controlled media, his opponents have no chance to reach their voters, but Kaczyński claims, that it is actually Duda who is losing the most, “because nobody gathers so many people on his campaign meetings, nobody has such great contact with people, nobody is such a great speaker, and [due to pandemics] he lost what is his stronger asset. [Talking to people] is a discipline in which none of his competitors could last even a minute of the first round with him”.

The opposition came with the plan, in which they will all step down, thus making elections impossible. But then, suddenly a new candidate emerged. Marek Jakubiak, right-wing businessmen formerly cooperating with Paweł Kukiz and recently cozying up to PiS, announced his late entry into the presidential race. With no previous indication of any interest in the matter, without media coverage at all and during the times, when most Poles stay at home, he magically managed to gather all required signatures. Would that mean that Poland is now following Russia’s footsteps and PiS is even providing its own opposition to make the elections look valid?