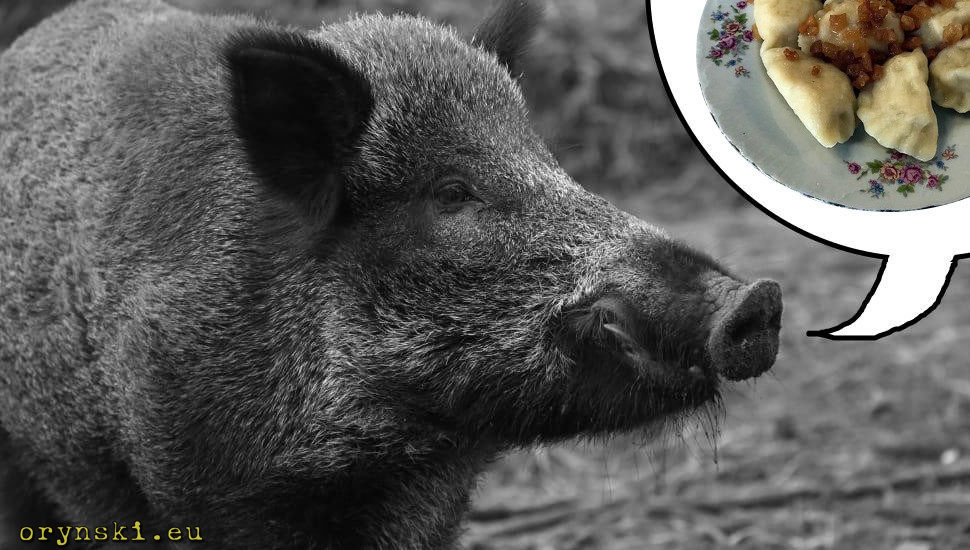 In the last chapter, I ridiculed a report from the Polish Ligue Against Defamation that, at great cost (paid indirectly from taxpayer’s pockets) prepared a report on the Polish elements in the movies streamed by leading streaming platforms. The outcome of this report was, that the vast majority of the movies do not mention Poland at all. This was widely ridiculed but the critics heard “if you don’t like it, make your own”. And so they did. Dr Marcin Napiórkowski from Institute of Polish Culture of Warsaw university called for crowdsourcing effort and the report was ready in 48 hours. And it has not cost a penny. Silly he. Does he not understand, that the whole point of the report was for friends of PiS to get a chunk of public money, not to obtain some actual knowledge?

And he should be careful. People who do more than is expected from them can get in trouble today. Chief of the cultural institution in Lanckorona has been sacked for that since it was closed anyway due to pandemic, she organized volunteers to sew face masks. Apparently she overstepped her prerogatives. Her colleague from Świebodzice has similar problems, but in her case, she is accused of breaking epidemic rules, as several people came to collect free face masks to the institution she works for – despite the fact, that social distancing was observed at all times.

It won’t be a surprise to anyone that those, who demand those women to be sacked, are in both cases local PiS activists. PiS apparently has problems with the fact, that it is clear for everyone that their reaction to the pandemic is not as good as initially seemed and tries to suppress any grassroots activities so they can claim we are saved because of the government’s actions only. But are we?

The government recently ended lockdown. Today (8th of June) Poland saw 599 new cases – this is the highest daily number since the beginning of the epidemics and one of the highest in Europe. Most of the new cases are on Silesia, the region known for its coal mines producing expensive coal nobody wants or need with the hefty government subsidies. The miners were, as usual, given what they wanted and so they will be offered 100% of their salary for staying on furlough while mines remain closed.

But of course, despite the new spike in the epidemics, the presidential elections are going ahead. While constitutional experts say, that since the ones on 10th of May never happened, we should now wait for the Andrzej Duda’s term to end as this will give legal basis to call for the vote. But with the major opposition party took that opportunity to replace meek Małgorzata Kidawa-Błońska with Rafał Trzaskowski, who just 20 months ago knocked-out PiS’s candidate in the Warsaw’s mayoral election, the government decided to set the dates in a way that would make it as difficult as possible for him, so the date was set at 28th of June. Since Trzaskowski is a new player, he still needs to collect 100 000 signatures, and so he only had few days to do so. That unfair move only angered people and so he had no problems in collecting several times more than the required numbers whatsoever – he gathered 142 000 signatures in Wielkopolskie Voivodship only!

No wonder, that PiS feels that Andrzej Duda is pushed into the defensive. His campaign sped up, not without bloopers. During his meeting with Rural Women’s Association in Urszulin, the women had to be bussed up from a place over 100 km away as the local ones were deemed “not enthusiastic enough”. In other instance, Andrzej Duda visited a “construction site of a new bridge over Vistula river”. It was awkward watching him and other VIP’s standing at the river bank watching at the river where absolutely nothing happens, despite that Mateusz Morawiecki promised for the construction of the bridge to start two years ago… Another flagship PiS investments – a huge coal power plant in Ostrołęka, one of Duda’s promises – has been halted, but not before wasting a billion złoty’s on it.

Meanwhile, Morawiecki himself in the parliament attacked Trzaskowski for his activity towards LGBT rights. Apparently not discriminating non-hetero persons is “an attack on Polish families, on Polish children”. Other PiS MP’s are less meek. According to Tomasz Rzymowski, the choice between Duda and Trzaskowski is a choice between Poland, where marriage is a union between men and woman, and Poland, where marriage can be between a man and his goat. I guess the anti-LGBT slur produced by TVP some time ago would come handy now, but unfortunately, the court ordered it to be removed from the Internet and TVP is not allowed to broadcast it anymore until the Campaign Against Homophobia’s claim that its libel will be considered.

But of course, there is no shortage of topic PiS uses to attack its political opponent. Since it has already been established that Trzaskowski’s son did not go to First Communion, the government-controlled TVP continued down that line. According to its flagship “news” program, Trzaskowski is “enemy of the Catholics” and he is “fascinated by the teachings of Jewish philosopher” (once upon the time asked if he goes to the church, he answered “I believe in Spinoza’s God” – as if “God is everywhere”.). This was promptly followed by a six-minute-long material in which Trzaskowski is attacked because when he was in Zakopane someone said, that years ago Pope John Paul II visited Zakopane on the same day. This was portrayed as if Trzaskowski tried to mock the Pope. The author then smoothly moves to the LGBT issue. My favourite part of this material is when the lector says about all those terrible things that are happening in Western Europe because of LGBT ideology and illustrates it with footage of drag queen clearly subtitled “New York, NY” (approx 4:20 in):

Meanwhile Minister of Health, after his shady businesses on the pandemic became public, now has to be protected as he receives death threats. The opposition also called for the motion of no confidence. When opposition MP Barbara Nowacka from Left was speaking, the PiS MP’s were standing in the government benches with their backs turned at her, chatting and laughing loudly. As the speaker (from PiS) was not reacting, Borys Budka from Koalicja Obywatelska stood up and called at Kaczyński and his acolytes to show some respect. The speaker instantly began disciplining him, while PiS MPs, shouting at Budka, seemed to be invisible to the speaker. Deputy PM Gliński called the opposition’s motion “chutzpah and scandal” while Jarosław Kaczyński said, “this parliament hasn’t seen such a rude rabble yet!”. And, contrary to what would be logical, he didn’t mean himself and his colleagues. Of course, this has not been met with the reaction of the speaker again, who despite prompts from Nowacka continued to discipline outraged opposition MP’s only.

After a short recess, Nowacka, back at the rostrum, said: “I heard that chairman [Kaczyński] thinks is better than us a few times already – when he entered the cemetery to which I was not allowed to enter, because his pain was better than mine. The same cemetery where my mother, victim of the Smoleńsk crash is buried, he was able to enter to lay flowers on the graves of his mother, his brother, and others could not to that. And today he dares to insult me and…” – at this point her mic was switched off by the speaker.

The whole situation can be seen here:

If you wondered: the opposition lost the vote and the motion of no confidence for the Health Minister failed. To counter that PiS organized their own scandal and chutzpah and asked for a vote of confidence for the government, which they obviously won, and TVP made a great deal of it. I guess next week’s news will be a cat licking its own balls.

– the police were chasing people placing candles outside the US embassy to commemorate the death of George Floyd. Allegedly it was the Embassy’s request, but the ambassador denies it.

– the law is changed to allow for best quality timber to be burned in power plants – this is to protect State Forest’s profits during the time of the pandemic, as furniture manufacturers don’t buy as much timber as usual.

– The river San needs to be “flushed” by dumping enormous amounts of water from the dam, which is going to kill all young fish. Apparently this is necessary. I just wonder: how were rivers flushed BEFORE humans started to build gigantic dams on them?

– it had emerged that the new Minister of Finances applied for a job in one of London’s banks.

– the slaughter of wild boars under the pretext of fighting the African Swine Disease brings the opposite results to those intended: the hunters ignore containment rules (see more here) and travel from the hunt to hunt, so we now have another outbreak of that epidemic in Western Poland as well. Government solution: shoot more of them. Even mothers with piglets!

– Meanwhile a wild boar, that entered the public garden, scared children playing there and ate their pierogi was set free by the Police without any punishment! There is no justice!

But what would you expect? It’s Poland under the rule of PiS. You should be used to the fact, that some animals are more equal than others by now.