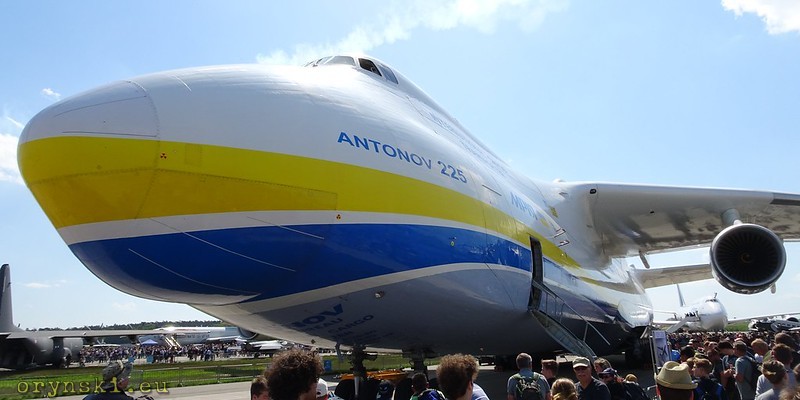 If you believe government propaganda in TVP, Poland’s answer to Coronavirus is the best, and everyone in Europe is jealous of how well we can manage the crisis. Even Donald Trump asked us to send some of our experienced doctors to help tackle the pandemic in Chicago.

But if you get your information from pretty much everywhere else, then the situation is not so great. If I was Trump, for example, I would honestly hope that they won’t send doctors from the hospital in Grójec, where, due to complete disregard for the safety precautions, the whole hospital “collapsed under the weight of its own mistakes”. It has all begun from one infected doctor and just a few days later it was a total disaster. Due to numerous staff being quarantined or sick, the hospital was unable to provide care for their patients, so they have been released home or transferred elsewhere. Nobody kept track of it, so panicked families were running around the region trying to find where their loved ones are. Finally, during the disinfection of the building, two lab assistants were nearly killed, as someone forgot to tell them to vacate it.

The care homes have it even worse – the staff becomes infected due to lack of PPE. In Kalisz, the last remaining qualified worked for three days on her own until she finally collapsed from exhaustion. The government tries to force other healthcare workers to work in such places, but the legality of such work orders are being questioned. Despite that Ministry of Justice threatens those who refuse with criminal proceedings. There are also desperate calls for volunteers. Luckily in Kalisz, five brave Catholic nuns stepped in, but infected patients had still to be evacuated to the hospitals. The problem is that those already suffer from staff shortage as well and cannot provide for the patients with extra needs. Finally, the Army got involved and transported infected patients to a hospital in Poznań, about 150 km away.

Poland has the highest percentage of infected medical staff, and PiS still opposes testing of the healthcare workers. Typical for them: harsh penalties and criminal charges – yes. Actually helping: NO. They even oppose the EU-wide program to tackle pandemic – probably so they can continue attacking the EU for “doing nothing”. But they want to mark the houses of people diagnosed with COVID-19. That’s THEIR version of helping.

But not all that they do is bad. The government imported 80 tonnes of medical supplies and PPE equipment from China, which was of course used for propaganda purposes, so the stuff arrived on An-255 Mrija, the BIGGEST plane in the world. Prime minister and other PiS VIPs took part in a “celebratory unloading” transmitted live in TVP. Yes, they literally called it that on one of the government’s twitter accounts, and Morawiecki made a speech with the plane in the background, calling it an “unprecedented transport”. The arrival of the plane was promoted in the government media so much, that it’s landing turned out to be one of the biggest gatherings since the beginning of the lock-down, as the surroundings of the airport were totally swarmed by plane-spotters.

The air from that balloon has been let off a bit when those 80 tonnes were compared to 57 imported by an heiress of oligarch Jan Kulczyk, 40 tonnes imported by Wielka Orkiestra Świątecznej Pomocy and 23 tonnes the Lubuskie Voivodship, which hosts about 2.6% of the country population. It’s worth to mention that Lubuskie is ruled by the opposition.

But I guess the government has more interesting stuff to do – elections. Despite fierce critique from the EU, they come up with more and more stupid ideas. Now there are rumours about conducting elections online. In this legislative turmoil, the National Electoral Commission has been stripped of all its powers which were transferred to institutions ruled by PiS most faithful. Other institutions are busy with running Andrzej Duda’s campaign at the taxpayer’s expense – the Agricultural Social Insurance Fund has sent materials praising the government and president Andrzej Duda to 1.3 million farmers.

The opposition MP’s can’t do much about it, as the democracy in parliament became a farce. The remote work software is unreliable and transmissions have up to one minute lag. That can cause a problem as the [female] speaker conduct proceedings with the speed worthy of American cattle auctioneers. And the fact, that everyone has to wear masks now makes understanding what is going on virtually impossible:

But even when it comes to the masks, the laws are not for everyone. The Ministry of Health spokesman claims that this rule does not apply to him during press conferences. Other rules are also only observed by the pleb: Jarosław Kaczyński broke the ban on unnecessary travel to visit his brother’s grave in Kraków. Police refuse to react to the churches breaking 5 persons gathering limits and priests openly threaten those, who report it.

But I guess this injustice will be soon one of our lesser problems. With the economy at the brink of collapse, specialists escape from the government like rats from a sinking ship and had to be urgently replaced. As a result, our new deputy finance minister is a 28 years old assistant to PM with no financial background or any relevant experience. The other deputy minister will be replaced by a 37yo with minor financial experience. Yes, she was a chair of the regional Fiscal Administration Chamber – but she had not been experienced enough to hold even that post. Unless we count the fact that she is a scoutmaster in a fringe ultra-Catholic scouting association “Zawisza” (about 5000 members nationwide)…

But at least we don’t have to worry about global warming anymore. Yes, Poland has already noted severe drought and experts predict that it can be the worst in 50 years but according to the authors of the educational materials provided by Ministry of Education, who only briefly mention problems such as rising sea levels or extreme hurricanes, the advantages are more numerous: from household savings on heating in winter, through delaying next ice age, which will help with farming, to the fact that melting ice caps will give access to new oil deposits and water from them is rich in valuable minerals, which is going to benefit various sea creatures. According to the authors, the farming is going to be great, coal in the atmosphere will help plants grow, and a warmer climate will allow for two harvests per year.

The problem is that Poland has water problems as it is: the water situation is worst than in Egipt. As result sandstorms like this one are becoming a regular occurrence in Polish lowlands. But fear not, thanks to global warming it will be possible to grow plants until now present in warmer climates only. So we always have a chance to become the world’s leader in the farming of cactuses!

This piece was written for Britské Listy
Main picture: Neuwieser on Flickr (CC 2.0)