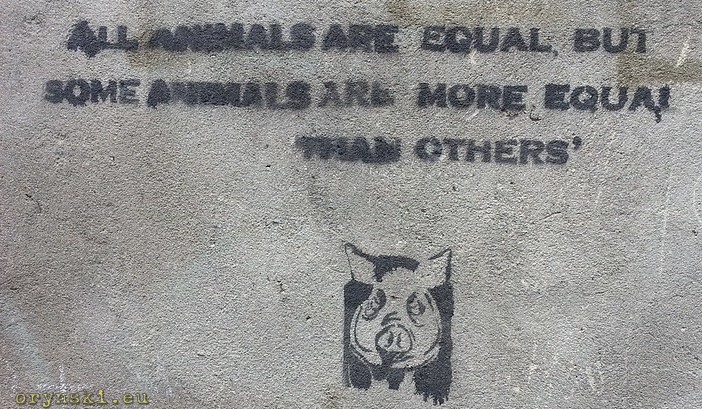 Poland, just like the rest of Europe, is still battling with COVID-19. And it’s all for nothing, as revealed by Justyna Socha, the assistant of one of the right-wing MP and leader of Polish pro-disease movement (I am calling it pro-disease movement, as she doesn’t like to be called anti-vaxxer). According to her, it is all a conspiracy staged by big corporations, banks and Bill Gates. It has been planned years ago, and it aims to strip people of their freedoms, in order to allow for mandatory vaccination and “electronically tagging people”. Or whatever, sorry, I did not manage to go through all of that rubbish.

Meanwhile, in the real world, the police is ordered to fiercely enforce the quarantine rules, but the fact that limitation to citizen’s freedom are illegal until the actual state of the emergency will be introduced is making it difficult. Elevated levels of stress can be seen on both sides: many citizens refuse to observe rules that they deem to be illogical or exaggerated, and according to leading lawyers, including Commissioner for Human Rights, they are right to do so. On the other hand, many police officers, drunk with newly acquired powers, are reported to overstep their powers, or even boldly abusing them: in Olsztyn a 22-year-old sportswoman, who waited outside for her training room to be freed (due to social distancing measures, only one sportsman can use the facilities at a set time) was accused of “wandering aimlessly” and brutally beaten by the police. According to her they even placed a bag of marijuana on her to legitimate illegal search of her backpack.

Of course, such petty regulations like a ban on gatherings and such does not apply to PiS. Jarosław Kaczyński gathered with a small crowd of his followers to celebrate the 10th anniversary of the Smoleńsk plane crash.

A group of regular citizens also wanted to lay flowers on the monument. But since their flowers were dedicated to “victims of Lech Kaczyński, who forced pilots to land in dangerous conditions” their wreath was forcibly stolen from them by the soldiers assisted by the police and removed to the unknown location:

Meanwhile, Kaczyński went for grave-visiting tour of Warsaw. He visited the victim’s grave on a military hospital and managed to stop by his mom’s grave located at another one. Despite that cemeteries were closed to public, Kaczyński and his entourage was allowed not only to enter but also to drive his limo right up to the graves themselves. Apparently, some are more equals than others, as opposition MP Barbara Nowacka, whose mother also died in Smoleńsk, was not able to visit her mother’s grave even alone and on foot. My own grandmother has also recently passed away and only 5 people were allowed to attend the funeral…

Of course, several concerned citizens reported those illegal gathering, but Police, so brutally enforcing quarantine rules in other cases, rushed to explain, that laying flowers under the monuments of Lech Kaczyński and other victims of the crash “is not to be considered a gathering in the light of the regulations” and that “those people were performing their duties as required by their functions”.

So far it has not been explained what function held by Kaczyński’s family members or former chief of TVP require them to break quarantine rules.

But perhaps Kaczyński and his acolytes indeed might gather in public without fear of catching coronavirus? According to Newsweek that can be the case, as the government and PiS politicians are being constantly tested (and their tests are fast-tracked, delaying those of the others). Lab workers quoted in this pay-walled article report, that sometimes nearly 50% of their daily quota of tests come from VIP’s.

Of course, PiS leadership is aware, that even despite constant testing, one can get sick. This is why they are introducing new law improving already privileged medical care for top politicians and extending it also to their family members.

And I think I know why they are so afraid. After all, one can get infected by being only at one place a the time. . It has emerged, that PiS members have the ability to be present in two locations at the same time, so they face a much bigger risk. That was a case of several PiS MP’s who signed the “second project of the electoral bill” (see the previous chapter) despite being not physically present in Warsaw. Apparently PiS has a stock of paper with in blanco signatures of its MP’s. The correspondence voting law turned to be a complete disaster of course, as it is often the case with the laws written on one’s knee in just a couple of hours. It turns out for example, that everyone can vote as Kaczyński: as long as the envelope will be placed in the mailbox located in the right area and the commission members won’t recognize that the signature has been forged, all further votes signed by Jarosław Kaczyński will be automatically void. There is not even a possibility to check, which one was real, and which one was fraudulent.

According to the new law, the vote will also be mandatory, as those who “destroy, damage, hide, deface, falsify or steal the ballot card can be punished with up to three years in prison”. Which means, that the only legal way to deal with the ballot card is to return it, provided that we did not defaced it – so writing “Kaczyński is a dick” is also out of question. But PiS MP’s don’t care, arguing that if the opposition doesn’t like it, they can correct it in Senate. If you want to do something illegal and avoid punishment, you have to work for the government or state-owned company, as according to hastily written epidemics law it is now legal to abuse power and extend one’s prerogatives as long, as this is “in the public interest”.

But at least the health service workers sacrifice is finally to be recognized. The Health Minister announced that “as a reward for their work” they will now receive face masks. Is that the new way of doing things now? Lorry drivers will be rewarded with diesel, warehouse workers with wooden pallets, builders with hard hats and health ministers with printer paper and their business phone bills paid?

Sadly, Dajemy Dzieciom Siłę foundation, a well established NGO that since 1991 is helping children, victims of the crime, is not to be rewarded even with printer paper. The money has been awarded instead to a foundation Profeto, which supports “evangelic activities” of the Priests of the Sacred Heart. It’s CEO, father Michał Olszewski is known mostly from being an exorcist who exorcised “daemons of vegetarianism” with a piece of salceson…

Meanwhile EU’s Tribunal of Justice deemed newly created disciplinary chamber for the judges to be illegal and ordered it to hold any activities, threatening with hefty financial punishment. This ruling was supported by the Polish High Court, but the government decided to ask Constitutional Tribunal for advice how to sort this “legal conflict”. Which basically mean they don’t give a fuck about EU’s rulings, as the Constitutional Tribunal had been for some years already turned into Kaczyński’s puppet theater.

And so, with all the crisis situations sorted, the Parliament can now go back to its regular jobs. Next in the pipeline: drastic anti-abortion laws (again). But there are some other burning issues as well. Deputy Prime Minister Gliński calls for the president to be issued with jewelled insignia worth several milions złoty. Because, you know, the nurses have been rewarded already, so now it’s time for new toys for Andrzej Duda, right?