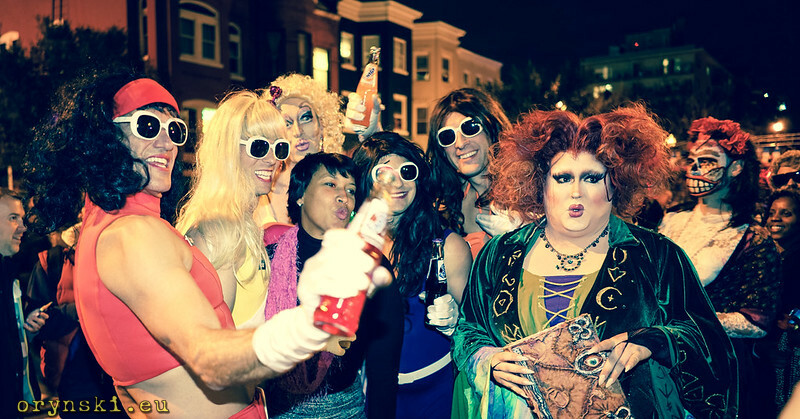 Finally, we know what is responsible for the crisis of families and high rates of divorces in Poland: it’s bad behaviour patterns. How young people are to create stable families and avoid divorce if they are surrounded by such flawed examples. And no, I am not talking about PiS chief of (formerly) Public TV Jacek Kurski, who officially invalidated his first marriage (from which he has children that grew up to be adults by now, despite him avoiding paying their alimonies) with the church so he could take second church marriage with his new wife. I am not talking about Marta Kaczyńska, daughter of late president Lech Kaczyński, who has three kids with different partners that tend to be conceived outside of her current marriage (she had three husbands so far). I am also not talking about the vast number of divorced politicians on the right (strangely enough, it’s much less common in the centre or on the left). No, the reason for the crisis of Polish families is the forever-going soap opera Bold and Beautiful. Paweł Ozdoba, chief of “Centre for Life and Family” – an anti-abortion organization “promoting family as an inseparable marriage of man and woman” calculated, that during 34 years of the soap opera run, for 99 marriages, 42 ended in divorces and further 17 were invalidated. “It’s a cultural template that poisoned the minds of the younger generation” – says Ozdoba. Yeah, right, because the young generation is well known for watching soap operas on daytime TV!

But who knows, perhaps they should. The right obviously expects everyone to keep track of the events that don’t concern them. The right-wing media for example were outraged by the fact that an event involving a drag queen show is to happen on the day of the 105th Anniversary of the Fátima Apparitions… I see grounds for another lawsuit for offending religious feeling – although one could argue that since nearly every day in Poland is the day of the Holy Mother of Something or Another, then there is hardly ever a time for organizing non-Christian events, but I guess that would be a point.

Interestingly enough, the new trend related to the first communion industry is not offending anyone’s feelings, which I personally find strange. Behold, this year’s hit of all the first communion parties: the eucharist-wafer-shaped piñata filled with candy, that is being smashed by kids with a baseball bat. If I was a Christian, I would feel strange seeing kids bashing the greatest symbol of my faith with the letters standing for Iesus Hominum Salvator on it, but what do I know, I haven’t been blessed with the grace of faith, I was just touched by His Noodly Appendage of the Flying Spaghetti Monster…


Incidentally, the pedophilia scandals in the church are also not offending anybody’s religious feelings. The church seems to be angrier by the fact, that the church keeps losing the court cases for covering up their pedophile members – one of the men portrayed in a 2019 documentary about church pedophilia had just been awarded 300 000 zł damages, despite the curia arguing that they can’t be responsible for actions of their employees…

Meanwhile, Ordo Iuris, the ultra-fanatic Catholic organization accused of having been sponsored by the Kremlin keeps harassing women. Currently, they try to obtain information from the hospital to check if they haven’t performed abortions on raped refugees from Ukraine… The anti-abortion movement really lost a plot completely when it comes to Ukraine, they are now actually driving around Poland with billboards with some aborted fetuses and a slogan saying that “abortion kills several times more Ukrainians and Russians than war in Ukraine”.

How fucked up do they have to be? pic.twitter.com/qGwufLbC4R

Speaking of spreading disinformation, the right-wing party Konfederacja got very busy accusing Ukrainians of the murder that took place in Warsaw after some altercation on one of the major streets in the city center, because on the video that recorded the incident a Ukrainian voice could be heard. It later emerged that Ukrainians were filming it and tried to provide emergency help to the victim, and the suspects are actually Polish – and one of the sports giant tattoos with Jesus and Holy Mary. Of course, no clarification or apologies from anyone in Konfederacja came through…

Mateusz Morawiecki is also not so keen to provide some explanation after Gazeta Wyborcza published further results of their investigations into Morawiecki’s wealth (or, actually, his wife’s wealth, as he transferred all his estate to his wife before entering politics, so he does not have to share information about it in his asset declaration). According to the journalist, Morawiecki was using his position and contacts in his former workplace, Bank Zachodni WBK, to obtain properties at the fraction of their value… Morawiecki and his wife refused to comment, apparently, they see looking into someone’s else money rude.

He is perfectly fine with looking into someone else’s wallet, as we learned when he expressed his views on Norway. During the meeting with young people, he said: “extra profits from Norway’s gas and oil export will go over 100 000 000 000 euro. This is indirect profiting from Putin’s war, it’s unjust, they should instantly share it”. While he was not the only one to point out Norway’s extra profits, he should look for opportunities to share money closer to home. Polish oil giant Orlen, controlled by his party colleague Daniel Obajtek also observed record profits this year. But more importantly, Poland is just finalizing a new deal with Norway – since Russia cut gas supplies to Poland we have time until next winter to secure gas deliveries from Norway and under such circumstances, such behavior of the Polish prime minister can be seen as sabotaging Polish interests.

But perhaps he just tried to find someone else to blame, as usual. See, PiS is good at finding others to blame for the problems caused by their rule. Just watch this PiS politician who blames the galloping inflation on the partitions of Poland in the XIX century:

But it’s not all bad in Poland. There are some exciting career opportunities. A graphic studio from Poznań is looking for interns for example. Or Terminators, as they call it. The internship will last 1 to 3 months, the intern will be required to work for two days per week and pay 350 zł per month for the pleasure. Yes, you’ve read it right: it’s a paid internship, as in: the intern has to pay the company. So one would actually really have to be a terminator, as only a robot from the future can go without food… As usual, instead of just apologizing for their idiotic offer, the company doubled down and cried, that they were misunderstood and promised to “educate the industry on how important is to be precise in their communique”.

Meanwhile, the young people wonder, how to survive if the work market is so tough, and the housing market is difficult – and the crisis is further fuelled by the influx of refugees from Ukraine. Luckily, Gazeta Wyborcza comes to the rescue with the interview they did with a musical journalist Piotr Metz about how he “scaled-down” his life and moved into the river barge. Saying of being tone-deaf, this interview is a complete disaster, as Metz says about “becoming minimalist and focusing only on the things he really needs” only to add later, that he kept his flat and goes there whenever he needs anything that he wasn’t able to fit into his new house on the water. It is hardly a solution to the housing crisis as Wyborcza seemed to think…

Apart from that, things in Poland are going the usual way. Zbigniew Ziobro remained in his job after an attempt to remove him failed in parliament. His actions as Justice Minister and Prosecutor General, in which he destroys rule of law in Poland are directly responsible for not only financial penalties placed on Poland by the European Tribunal of Justice (so far over 200 000 000 Euro) but also for freezing EU funds from the recovery program (56 Billion Euro), as his devastation of justice system turned Poland. If at least they improved the work of courts, but no: after his “reforms” courts work even slower and burn through more money.

So how it is possible that this radical anti-EU politician, leader of the party that polls regularly at about 0.5% is so defended by PiS, despite being in constant conflict with him (yes, even in PiS many has enough of Ziobro already)? Well, if he gets kicked out of the government, the ruling coalition falls apart (PiS does not have enough votes on its own) and it would lead to new elections, to which PiS is not prepared yet, so they would lose the power. And by “not prepared” I don’t only mean they probably lose it. I mean that Ziobro reforms have to be finished, so they can freely meddle with elections to ensure their victory…

Artur Zawisza, the former politician of PiS sentenced for driving after losing his license for drunk driving (see here), is still driving and laughing at us, as he is using some loopholes to contest his most recent ban. Another PiS politician, former senator Waldemar Bonkowski can also laugh at as, as he was found guilty of the cruelty to animals, after towing his dog behind his car on a tarmac (see more here), but he only got a suspended sentence, despite pledging not guilty and claiming he was just “walking his dog back”. Police in Wrocław, known for murdering Igor Stachowiak, whom they had in their custody (see more here), ended up with another dead suspect on their hands in very suspicious circumstances. After more than a decade of bashing people with conspiracy theories about the Smoleńsk plane crash, the percentage of people who believe it was an assassination grew to 36%. The police again entered some of the strip clubs, that for decades are known for drugging their customers’ drinks and clearing their bank accounts, yet the clubs are still operating. And only in the ZHP, Polish Scouting Association we observe some change: new scouts are now given a choice of the alternative vows: one that invokes the God, and the new one that is free from religion. My friend, a former Scoutmaster, wrote on his Facebook, that this means that ZHP enters the XXI century. But does it?

I became a Scout in 1990s. Back then we had a choice between religious and non-religious versions. Only a few years later this choice was taken away when the influence of the church on Polish scouting strengthened and there was no place for people of the other religions in the Polish scouting. So while this can be seen as progress, it is actually a return to the situation we had over a quarter of a century ago…