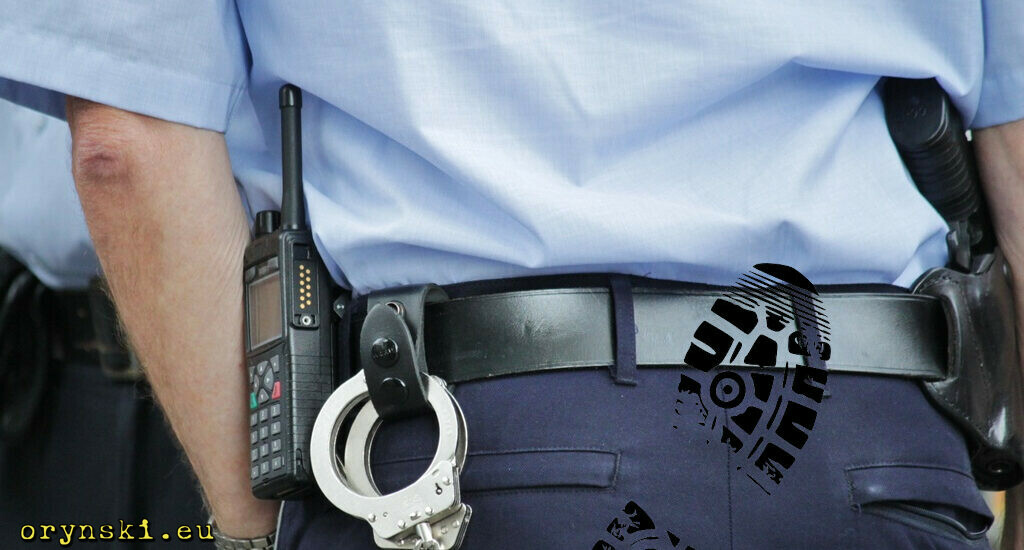 Despite the economic crisis, there is still some money to be done in Poland. And what money it is – it would easily help to beat not only Polish, but even Venezuelan rate of inflation. So how you do it?

– you buy a building for 1 zł.
– the building is old, so you claim a restoration grant of 1.7 million from the Ministry of Culture
– then you put the building up on the market for 2.5 million.

I am sure you guessed there must be a catch though. And there is: you need to be an archbishop of the Catholic church. The good part tho is that the building does not even has to be a church. I mean, this particular one used to be a church only up to 1527, but then it served as an arsenal, warehouses and fire service station…

The church has it good. Despite preaching about the EU being a major threat to our way of life, as one of the biggest landowners in the country rakes also nearly 800 million in farm subsidies. The State Forests also are falling backward to pump money into it. They announced a tender for grants – they wanted to pay organizations and institutions for promoting timber and forestry. Gazeta Wyborcza reports that not only the church institution and parishes claimed the vast majority of the money, but also that this was pro-actively orchestrated by the State Forest employees, who were reminding the priest to submit requested documents even well after the deadline only to have some formal ground to send them money.

Unfortunately for PiS, now some money will also have to pour into the pockets of PiS enemies. TVP lost a court case after publishing a slanderous “documentary” movie about the LGBT activists called “the invasion”. They were ordered to pay compensation to Campaign Against Homophobia and publish apologies in the main edition of their flagship news program Wiadomości. This is of course just some petty money compared to what the church gets every day, but it’s the symbol that counts. And there were some of the symbols recently:

– a mayor of Michałów, a small town near the Belarussian border that engaged actively in helping the refugees, was found not guilty for overstepping his prerogatives and some made-up charges the prosecutors accused him of. The judge openly said that the prosecution and government should apologize to him and suggested that this case might be political.

– the manager of the Ikea warehouse has also been cleared of the charges of religious discrimination after she sacked a man who called for killing LGBT people on the company’s forum and later claimed that he was just quoting the Bible.

– TVP also lost to former prime minister Włodzimierz Cimoszewicz after accusing him of vandalizing a rented building. They were ordered to donate money to Wielka Orkiestra Światecznej Pomocy, which is another snap of the nose for them, as they hate this charity as some of the loyal readers might remember.

– Meanwhile, TVP’s own case in which they sued a law professor who compared them to “Goebbels media” also did not go well: they lost. The ironic part is that when professor Sadurski spoke about Goebbels media inciting hate in people (in the context of the murder of Gdańsk president Adamowicz), he did not mention TVP specifically. Yet they sued him and lost, and now we have a court ruling saying explicite that comparing TVP to Nazi propaganda, while being a sharp critique, is justified.

I despise the Polish police. The fact that the police officers agree to act as Kaczyński’s bitches is an insult to the uniform of a Polish cop. Look at the pictures published by Wadim Tyszkiewicz, formerly a mayor of Nowa Sól and today an opposition senator:

When Kaczyński came to his town to meet with his party activists bussed over there from all over the region, the town was swarmed with hundreds of the police who made sure that no ordinary citizen of Nowa Sól will be able to come even close to the “beloved leader”. Even during martial law 41 years ago this city has not seen such a strong presence of the uniformed forces.

Even in the parliament, only his acolytes can speak to Kaczyński. Here is mobile phone footage by the opposition MP who wanted to ask Kaczyński a question:

Look how half of the government acts like his bodyguards. Kaczyński might be a paranoic old man, but it’s beyond me why would anyone play along with it. But being a police officer of the government minister and acting as a private bodyguard army of the party leader, while despicable on its own, is one thing.

What’s worse, they are breaking the law by illegally harassing and beating legal piquetes at the whim of Kaczyński. Here is the most recent counter-manifestation to Kaczyński monthly Smoleńsk crash celebrations. The opposition activist were staging counter protests in the same location, so they were gradually moved further away so Kaczyński won’t see them. They now use megaphones to shout questions at him – and as soon as they begin, they are being attacked by the police. Watch this from 3:00 onwards to see how police, outnumbering protesters by 5:1 ratio, is attacking them the seconds they started to chant:

Yes, Polish police. I despise you for what you have become. Years of hard work shedding that communist militia past and now you are back where you started, harassing ordinary citizens who happen not to like the current government agenda (I wrote more about it recently – in English – for a British portal West Country Voices here)

But of course, it’s not only the police. Other government bodies also take good care of the party, or even of its friends, like in that case (yet another of many) of a man connected to the ruling party who 3 years ago killed a pedestrian on well signposted and lit pedestrian crossing but prosecution seemingly does everything to avoid bringing him to justice.

That goes for the parliament too. They just voted a new bill that makes it impossible to bring people who wasted 70 000 000 zł attempting to organize illegal postal elections during the COVID-19 pandemic to justice. Just days after the prosecutors refused to investigate, saying, apparently, that since the elections never happened after all, then there is no issue at all. I wish I could say that 70 000 000 zł is a non-issue for me…

It generally pays off to be a PiS man. You can get a cozy job for example, so cozy, that you’d be happy to pay 45 000 zł per year – the maximum legal limit – back to your party as a donation, as the CEOs of the state-controlled energy companies did. And even if you turned out to be a total disaster – like Jacek Kurski, who destroyed public media and turned them into a Goebbels-style propaganda outlet, you will always end with a golden parachute. Kurski just got a job in the World Bank on the recommendation of the Polish government. Are you happy to hear that high-end jobs in that institutions are held up by populist politicians with no experience in the field of banking whatsoever? True, Kurski said that NOW he is breaking out with politics. But that’s what he said when he became the chief of TVP, and yet here he is literally confirming that it was a political position to him in his tweet.

But if you oppose the government, you could be harassed by every institution. Andrzej Zbrożek lives in a house in the forest and supports the creation of the national park – Turnicki Park Narodowy had been proposed for over 30 years now, but the State Forest opposes it strongly as they make too much money chopping the primeval forest in the area. So after he expressed his support, the foresters put a bareer across the road he – and his neighbours – are using to get to the main road, saying this road is only designated for the forestry operations. They mounted a CCTV camera and send it to the police that has no other option but to find him every time he gets in and out of his house.

And how is life going in Poland apart from that? The trains are apparently running late more often than trains in war-torn Ukraine. No wonder many people choose the bus, which can be dangerous: in Wrocław a bus crashed, killing its driver and injuring two passengers. The investigation revealed that the driver was driving a city bus all day long and then getting extra job driving a coach in the evening. But at least family politics is working fine: after a woman, who escaped an abusive relationship was found to be living in a tent together with her two-year-old baby, the state institution rushed to do their job and… took the child away and attempted to arrest the woman after accusing her of endangering the child. Only after the media picked up on the topic the woman received the help she required.

And how the international politics is going? Well, it’s going really well. Andrzej Duda spoke with Emanuel Macron. Except it didn’t, as those were those Russian pranksters. Again. Luckily, as a pro-government media report, he quickly realized he is not talking to the real Macron. Except he didn’t: he spoke with them for over 7 minutes. This is a total damage of the president’s staff, especially since this is not the first time he fell for it.

But even if our politicians speak with actual real foreign partners, it should be like a prank or a bad stand-up sketch. After a rocket fell on the Polish territory, Germans offered to move some of their Patriot anti-rocket systems to Poland. PiS refused and told Germans to give them to Ukraine instead – which was problematic, as Patriots are a vital part of NATO air defense. After the Germans explained it to PiS, which was already a bit cringe, the Polish government graciously, but reluctantly agreed to take them in.

But the biggest shitshow was a parliamentary vote on the resolution calling Russia a terrorist country. All of the parties – from the Left to the extreme right-wing Konfederacja – agreed on the content of that resolution, it seemed to be a formality. But Poles agreed on something and working together? This would be too much for Kaczyński. So he released Antoni Macierewicz, who threw in the accusation that Russia assassinated the Polish president in Smoleńsk. Of course, the opposition could not agree on this, as it’s not true – despite Macierewicz’s and Kaczyński’s obsession, experts found out that it was just a crash caused by negligence on the Polish side. So they declined to vote, thus breaking the quorum and making the passing of the resolution impossible even though PiS has the majority.

And so we’re back to the usual row. The opposition from the left accuses PiS of being pro-Putin and de-railing the resolution that would call Russia a terrorist country (which seems to be true). PiS accuses the opposition of the same, saying that other similar resolutions contain similar statements about Russia shooting planes down (which is true for MH17 but, of course, not for Smoleńsk’s plane crash, so they are deliberately misinforming the public). And the openly pro-Russian Konfederacja now scores points by saying “look at them, they can’t agree on even such things as the wording of some unimportant, meaningless document!”.

This text was written for Britské Listy
Picture: Public Domain