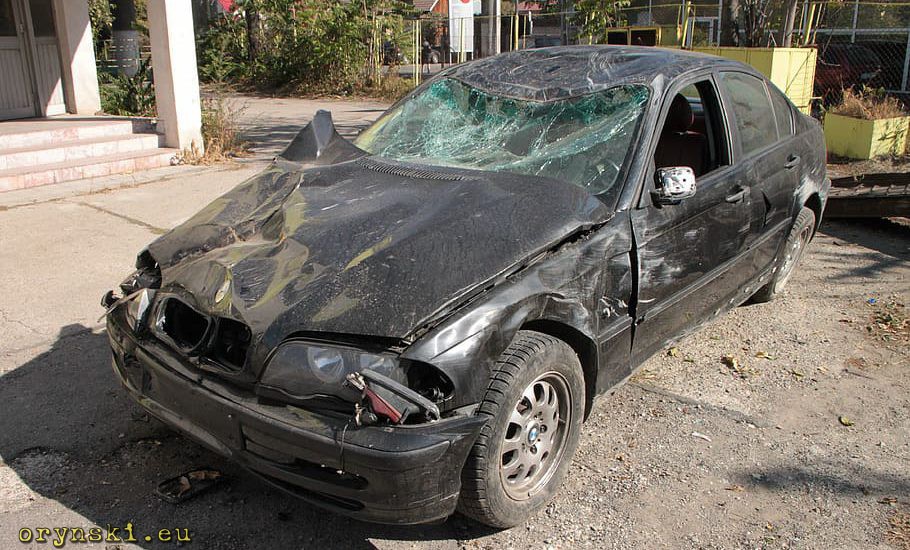 It seems that years of forcing the church down the throats of Poles finally brings some results. In a recent poll, a priest turned out to be one of the least respected professions of over 31 vocations the respondents were asked about. Lower than priests are only politicians and stock brokers. And no wonder, as while the some religious Catholics still defend the church, for the majority of Poles it is now mostly associated with greed, political influence and cover ups of paedophilia scandals.

The fact, that the church as the institution tolerates in its ranks not only paedophiles, but other radicals is also not helping here. The bishops have tolerated a fascist preacher Jacek Międlar for very long before he finally decided to leave. Recently he had been arrested by the security services for publishing the manifesto in which he called for Poles to arm themselves and prepare for fight with the Jews. How such a person could be tolerated by the institution, that pretends to preach the teaching of the Jesus Christ? Well, apparently they have forgotten those teachings, as during this year’s Christmas even for poor and homeless people on the market square in Kraków for the first time in nearly quarter of the century nobody from the church bothered to help, or even to come…

But while ordinary Poles feel less and lees reasons to respect Catholic priests, the ruling party cherish them at every possible occasion. There is never a shortage of money when the church is to benefit from that. Unlike in other situations, where it can be used as a form of economical censorship. Szymon Szymankiewicz, an artist and graphic designer, was awarded a gold medal in the Polish Poster Biennale in Katowice. But the financial part of the award – 10 000 zł funded by the Voivodship Marshall – was cancelled. According to the Marshall’s office, the voivodship can’t afford to pay this award. Would that be the real reason? Some say, that the real reason is that the Marshall is from PiS, and PiS often defends radical right, while awarded work warns against return of Nazism:

Others point out, that before recent elections Szymankiewicz published work in which the X (Roman numeral for October) in the date of the vote is used to cross out the profile of Kaczyński…

But this is nothing compared to what judges are about to face. You might remember that recently when talking about minister Ziobro trying to discipline a judge who’s ruling were not in the line with the party’s wishes, I wrote that surely he would not try to sack all the judges who won’t obey the party rule. This was a rhetoric question, but as it often happens (either I am too optimistic, or PiS is simply beyond any decency) PiS went not one, but ten steps further in this direction.

During the night from 12 to 13 December (incidentally, the exact anniversary of introducing Martial Law in 1981 Poland – coincidence?) PiS proposed a new bill, according to which judges who would observe rulings of European tribunals rather than verdict of PiS’ puppet Constitutional Tribunal would face disciplinary action. This bill contains also other vague points, such as “acting, or refraining to act, which could lead to obstruct the justice system”, “questioning legality of the appointment of other judges” or “political activities”. All that, together with the wide range of disciplinary procedures aims to make judges and prosecutors completely submissive to PiS.

PiS’s official line is that such laws are nothing unusual, and that they are simple copied from the French law, which was off course quickly debunked by Laurent Piech, expert in French and European law, in this Twitter thread. But perhaps it was simply a spelling mistake, they wrote France when they really wanted to write Turkey, or Belarus…

But if that bill won’t get trough, there are also other options. A hacker broke into the e-mail accounts of several prosecutors and blackmails them with the threat of making their private data public. Incidentally, despite assuring that he has no political motive, all of his victims are known for their opposition to minister Ziobro and his “reforms”. Yet another coincidence? I don’t think so.

Last but not least, there is always a propaganda machine run by Jacek Kurski. A rap song, describing life of teenagers from privileged families, full of drugs, alcohol, crime and sex, calls those young people “patho-inteligentsia”. The TVP quickly picked up on the fact, that the young rapper is a son of a lawyer, a fierce critic of the PiS’ attack on judicial system and suggested, that this song describes pathologies in the judge’s social circles…

(Let me digress here: this is very important song for a different reason: it shows how while in Poland social advancement is still possible, for the privileged kids of rich and/or connected parents it is virtually impossible to fell down the social ladder – the situation known too well in Britain…)

Going after independent judiciary system brings us one step closer to Polexit. While PiS keeps saying how pro-European they are, their actions shows that they take as further and further from the mainstream of EU politics. Recently it was announced that Prime Minister Morawiecki achieved a great success by negotiating an exception from Poland, so it does not need to become carbon-neutral country by 2050.

I do not share the above opinion of the chief of PM’s office. On the contrary, this is so wrong: Poland’s air is one of the most polluted in Europe, the number of people dying from the polution-related diseases is estimated to be around 45 000 per year. Meanwhile official PiS propaganda is that Poland is doing as good as never before, and yet, at the same time, they claim, that Poland cannot afford to abandon coal (which, for the most part, is imported from Russia anyway). Perhaps they could decide if we are in the middle of the golden age, or if we are so poor, that we cannot afford to tackle the biggest environmental crisis in humans history?

About a decade ago, when the United Kingdom began to drift apart from the mainstream of the European Politics, many commentators were expecting Poland to take its place at the EU’s main table. It seems that we indeed took UK’s place, but not as they imagined. Today, Morawiecki is proud of his achievement, that EU has granted Poland some exception from general rule. But it is not that they suddenly realised our uniqueness and greatness. On the contrary, Poland managed to annoy everyone so much, that they simply said “OK, as you please, go and die from Polution if you wish, we don’t give a fuck”. The UK also managed to negotiate many exceptions, and we all know how it ended…

Last but not least, it seems that in previous chapter of this series, while going back to recurrent topics I missed an important topic: constant crashes of the government limos. This week deputy prime minister’s limo managed to crash into an articulated lorry that, to a surprise of his driver, who drove like a maniac, did not managed to disappear into thin air to make space. A dash-cam recording from the moments before the collision can be seen here. The lack of professionalism of the government drivers becomes more and more visible since the old hands left the service and work in private sector. According to TVN24 recently Angela Merkel, who was in Poland to visit Auschwitz, was forced to change cars after her driver panicked when the car lost power and failed to accelerate. Further investigation showed nothing wrong with the car – he simply engaged speed limiter by mistake. This will be probably the second dullest moment, just after that case, when prime minister driver switched his emergency signal, panicked, as was unable to switch them off, drove back to the yard and locked keys inside the car…

The problem is not only in that they drive like if they were just plucked out of the Mad Max universe, but in that if something happens, then the government will do everything to blame the victim for it, as in the case of the young Seicento driver, in whom Beata Szydło’s limo has crashed couple of years ago.

As you might remember from the previous chapters of this series, the investigation is really slow, the evidence goes missing or gets damaged, and everything is done to disprove the young driver’s words, that the prime minister’s motorcade was not displaying their signals correctly.

But it is enough to watch footage available on the internet to see, that the columns rarely travel according to the rules (which mean that first and last vehicles should display blue and red lights, for example). Look here:

And it don’t have to be like that: Doland Tusk did not felt the need to travel everywhere as if the world was to end in 15 minutes:

Austrian and Slovakian presidents use trains even to go for international visits. Dutch prime minister cycles to work. Angela Merkel can be met walking the streets of Berlin. Why cannot PiS politicians even face to look into eyes of someone in the car next to theirs when waiting for the red light to change?

Well, regular readers of this series might already have the idea…

This piece was written for Britské Listy
Picture: Public Domain