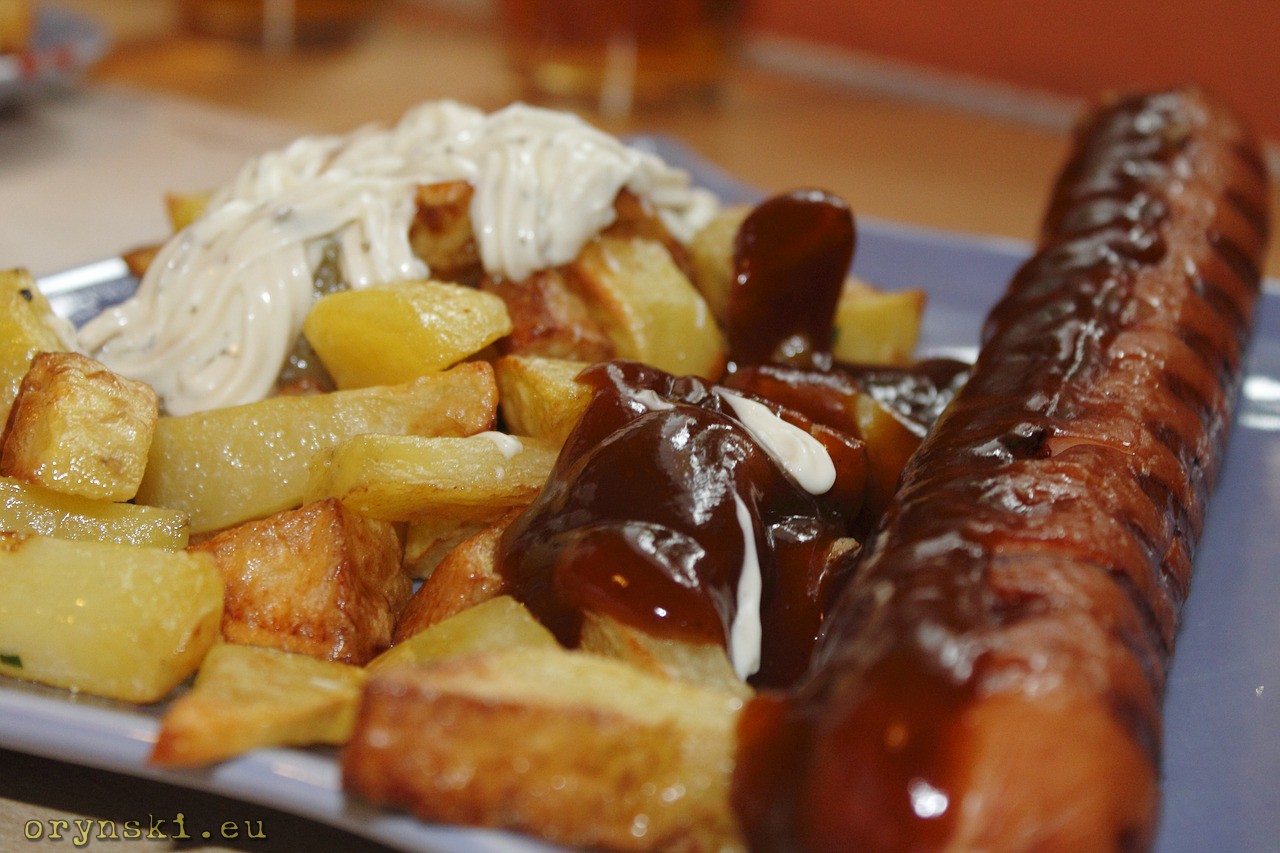 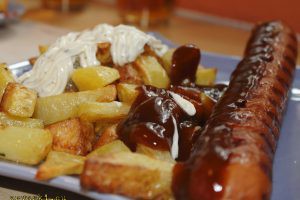 The nation chosen ones have really hard life, and then they have to face people’s criticism. They work hard like noone else: Bartłomiej Misiewicz for example worked so hard, that he had to go for holidays. He is off work for over a month now. That is more than he is entitled to, but his superiors explain, that apart from standard holiday, he is entitled to claim days off for all the overtime he worked. I am surprised that Ministry of Defence hasn’t collapsed yet without its key specialist in so many fields.

But being a prime minister is also not easy. As the careful readers of this series might remember, she was involved in the accident on her way home on Friday evening. The cause of accident is not known yet, apart from that the third party is to blame, although framing a young driver of a Fiat Seicento might be problematic, after many witnesses came forward to claim that the column was not using sound and light signals that would grant them a status of emergency vehicle. Of course other witnesses, who just happen to be security officers involved in accident claim that everything was as it should be, and that the driver of prime minister limo got behind the wheel just short time before the crash (the fact that he was on duty for more than 11 hours somehow does not make anyone wonder, if he could be just simply tired). Possibly the truth could be reached by checking the recorders fitted to the government vehicles, but somehow it proves to be unexpectedly difficult…

Poor Beata Szydło cries in the media, that she would really want to travel as a normal person, but she cannot as she needs protection. But was it always like that? When Donald Tusk was crtiticised for using government plane to get home for the weekend, he switched for travel on the regular passenger jet, and when Ewa Kopacz became prime minister, she was traveling by rail. They have both survived, although they had to face the burden of passers by who wanted to take selfie with the prime minister…

But I see the point. A person like Beata Szydło, hated by half of the nation for her blatant lies and breaking the constitution (although the prosecutor controled by Zbigniew Ziobro closed the case, arguing that breaking the consitution by refusing to publish the ruling of the constitutional tribunal was “in the public interest”) might not be feeling secure mixing with ordinary people. They might not be so friendly towards her. But from the other hand she could not use the government plane when her party criticised Donald Tusk for doing that. Therefore they have decided to use military transport plane, as this way the flights could be held under the radar. And if not for that silly accident, the public would probably never found about this.

Meanwhile minister Waszczykowski is harrassed by journalists. They are so insolent that they dare to demand clarification of his ambigious answers! Luckily, he can always threaten them with special services.

Environmental minister is criticized for introducing a new law, that basically allows everyone to chop down trees as they please. He denies any responsibility, pointing out, that it was proposed by group of MP’s. The fact, that proposing that bill as their project was only a quibble that allowed to skip the process of public consultation is obvious, yet he claims to be doing nothing bad. He denies any wrongdoing and says that “if there will be some abnormalities, PiS will correct them”. It seems that it might be the case, as the logging takes place on unprecedented scale which scared even Jarosław Kaczyński himself. In a result the hecatomb of trees was even sped up, as people want to finish logging before the law will be changed. But minister Szyszko, responsible for protection of environment, has more important things to do, like writing an open letter praising father Tadeusz Rydzyk.

Interior minister Mariusz Błaszczak was also criticized for that he took his kids to cinema using a government limo. He is outraged with the criticism “what do you expect, that I would cycle? Or use my own car?” he asks. He claims that going to the cinema was part of his job, as he was invited for a premiere of new movie about soldiers, who declind to give arms after second world war and continued to fight the communists, who are now promoted for the biggest national heroes. It is not the first movie about that, some time ago one could watch “History of Roj”, which, while getting slightly better reviews than “Smoleńsk”, was rather not considered a masterpiece. But it has not deterred TVP from changing it into the TV series. This might prove to be popular, as it seems to be made in a convention of popular superhero movies: the character is protected by the swarm of bees, who attack only German patrol who approached him while completely ignoring Roj’s presence. Who knows what superpowers he will get when apart from being religious, he’ll decide to stand up to communists?

Supervising creation of that new myth takes so much time of interior minister, that he has no time to attend to his other duties, and so the formal ceremony of supplying new fire engines to the fire brigades in Lublin took place several months after they starting using those very vehicles… It’s ironic, as PiS has criticized previous government for similar actions, but in that case it was a matter of days, not months…

Minister of Health also seems to struggle with doing his job. Therefore he announced that he is going to turn for help and advice to professor Chazan. Blisty Readers can remember him as the guy, who refused to perform legal abortion, forcing woman to give birth to heavily deformed baby that had absolutely no chance of survival. The influence of ultra-Catholic prof. Chazan can be already seen as PiS just deciced that “morning after” pills can only be prescribed by a doctor. Please keep in mind, that this is in the country that women have to wait for weeks to visit gynaecologists and even then the doctors can decline prescribing anti-conception citing their “conciense clause”. But dont’ worry, to square it up they made access to viagra-like medicines easier.

Life of the new head of Constitutional Tribunal is also tricky. Julia Przyłębska, a highly unproffessional judge, illegaly placed at this job by PiS, makes basic mistakes even in the things that are most important for her patrons. Recently it has also emerged, that, since her husband was appointed a Polish ambassador in Berlin and this is where she lives, she was granted a special benefit to her salary allowing her to rent a flat in Warsaw. A PiS MP asked about that by journalist was surprisingly honest: “You expect too much from us”. Well, this is one of the rare moments when I agree with Stanisław Pięta – expecting any decency from PiS is simply naive. As we are about to see, as it has emerged that Andrzej Przyłębski was a communist agent. But as we can see on the example of Stanisław Piotrowicz, former communist prosecutor during martial law and now PiS leading legal expert, history of supporting communism regime can be only used as a weapon against political opponents of PiS.

But politics is not the only field in Poland that can get scary. The first Friday of lent became, by the decission of a Polish episcopate, a “day for penance and prayer for paedophilia victims”. Archbishop Henryk Hoser has decided, that the best way for his church to expiate for paedophilia amongst priests will be to blame the society. When it comes to sexual crimes of the catholic priests, the church is no different from radical Muslim states like Saudi Arabia: after a young man from Wrocław reported being harassed with unwanted advances by his parson, the church official announce that “he is also to blame”.

Religion still plays an important part in the political life of Poland. One of the papers from Podhale has published a picture of president Duda, accusing him of eating sausage on Friday (which is against the rules of lent). PiS rushed to defend him, although I got confused and I am not sure any more if it was indeed a sausage, but picture was made on Thursday so it’s all right, or if it was a stuffed tomato? This story gained a huge media attention and Poles seem to be strongly divided over the issue, which is pretty sad. It seems that the problem of president breaking the rules of lent gathers more interest than the fact, that he is breaking constitution…

And what about our international relations? Janusz Korwin-Mikke, enfant terrible of Polish politics who by strange accident got himself elected to European parliament said that “women should earn less, because they are weaker, smaller and less intelligent”. If the latter of the three is true, he has to be the most womanly person in the known universe. But Jarosław Kaczyński follows closely, as his government refused to support Donald Tusk for the second term as a president of the European Council, saying that “he is a German candidate promoted by Angela Merkel”.

One polish Tweeter user said, that Poland is finally listened in Europe, just like passengers listen to a beggar playing accordion in the tramway: everyone listens to this terrible noise and hope, that he will get off at the nearest stop.

Picture: Public Domain via Pixabay
This piece was published in Britske Listy