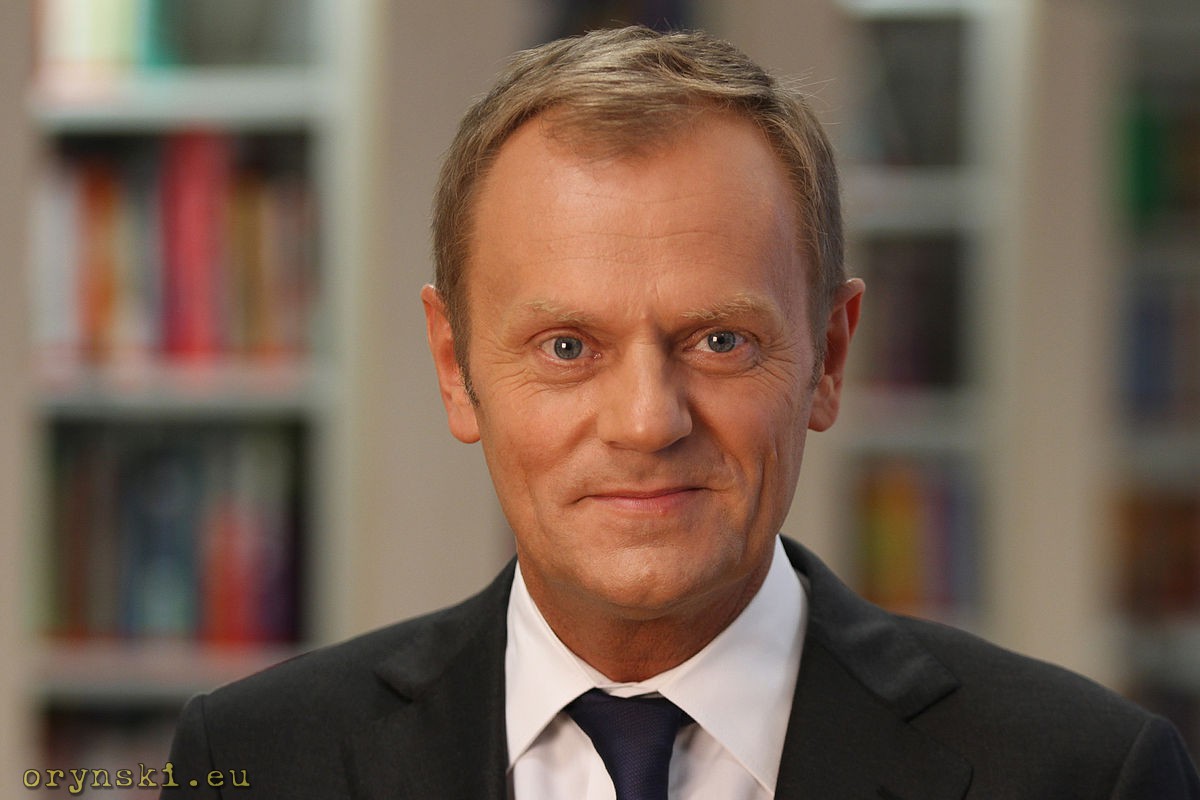 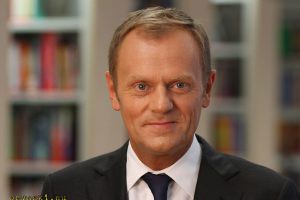 To celebrate 20th chapter of our series, Polish government prepared something special: a spectacular harakiri of our foreign politics. This is not even funny any more. Let’s then leave other topics for this time, and try to understand what was all that circus with reelection of Donald Tusk about? In short, it is about sacrificing Polish foreign politics and our position in European Union on the altar of personal hate of Jarosław Kaczyński. It is not important that PiS made complete fools of themselves, and what is worse, of our country.

Let’s start with some facts: The Lisbon Treaty is pretty clear: President of European Council is elected for 2.5 year term, which then can be renewed. Despite portraying it as undemocratic today, it was negotiated on behalf of Poland by noone else, but then prime minister Jarosław Kaczyński and signed by then president Lech Kaczyński. Also Donald Tusk candidacy 2 years ago was supported by Jarosław Kaczyński. So why that change now?

The Polish opposition is in disarray. They have no initiative on their own, they have nothing to offer to voters, who would like to get rid of PiS government. Instead they just hastily react to PiS actions, and in their spare time Grzegorz Schetyna from Platforma Obywatelska fights with Ryszard Petru, leader of .Nowoczesna over who will be perceived as opposition leader. They both work together with Comittee for Defence of Democracy (KOD), that is loosing impact very quickly after failed attempt to transform it from grassroot organization into party-like institution led by compromised Mateusz Kijowski. Therefore some of Polish voters hope that after finishing his job in Brussels, Donald Tusk will come on his white horse to save us all from PiS.

Jarosław Kaczyński is aware that if that happens, he might indeed be in trouble – Donald Tusk is his political Nemesis, he lost 8 elections to Platforma under the leadership of Tusk, and he only managed to get to power when Tusk left Polish politics, and even then only by lying to voters and putting his puppets forward. This is even strengthened by his personal hate for Tusk: when in 2007 Kaczyński’s government collapsed, he decided to play va banque and called early election, which he lost spectacularly. He was then using his brother, Lech Kaczyńṣki, to influence Polish politics, but the constitutional role of Polish president allows him to block many things while not giving much room for his own initiatives. They were trying to bend this, by expanding president’s prerogatives – hence the famous struggle for chair between president and prime minister, as they both were trying to lead the Polish foreign politics.

When Vladimir Putin invited Polish delegation to Katyń for the anniversary of the massacre of Polish prisoners of war carried out by NKVD under direct order from Stalin, he invited Donald Tusk, not Lech Kaczyński, as it is customary in diplomacy that prime minister invites his counterpart, and Putin in 2010 was holding position of prime minister of Russia. For Kaczyński’s brothers that was seen as defeat, and they wanted to stress up the importance of the president. It was also an election year, so as the Lech Kaczyński’s popularity was the lowest for any president since 1989, they needed some publicity. Therefore they organized their own celebration of Katyń massacre few days later. The organisation of this event left a lot to be desired, and there was no alternative plan in case that landing at Smoleńsk airport would be impossible. Unfortunately the flight, that was already delayed on departure (Lech Kaczyński, just like his brother, Jarosław, was known for not being too keen of getting up early in the morning), encountered very bad weather condition with a thick fog, and since Smoleńsk was, in fact, derelict military landing strip only opened for Polish delegation as an act of kindness from Russia, there was no modern landing support available. The crew was under very strong pressure to land at any price, as due to no plan B, if they had to choose alternative airport, the president and most important VIPs present on the plane would not make it to the celebration, which would be a severe PR blow for PiS. Sadly, it had ended up in disaster of much worse kind.

It seems that for Jarosław Kaczyński loosing his twin brother was a huge blow. He could not accept the fact, that it was just a mere accident, especially that the flight was organized by Chancellery of President, so despite PiS accusations of wrongdoing on the side of the government, it is in fact his party that is to be blamed for the bad organisation of the flight. Also Jarosław Kaczyński himself can be accused of exerting pressure on his brother to land at any price, which resulted in death of nearly 100 people. Therefore he believes that it was an assassination carried by Russians with a help of Donald Tusk. This theory is absurd from the beginning: why anyone would like to assassinate the least popular president in Polish history, who was almost certain to loose oncoming election. This is why the great process of building a legend of Lech Kaczyński as the true statesmen and one of the biggest hero in Polish history begun.

But some say, that even Kaczyński can’t be that stupid and believe in that nonsense. They suspect, that he is cynically using those conspiracy theories merely as a tool for revenge on Tusk, whom he blames for his brother death – as if Tusk has not won 2007 election, or at least submit to president Kaczyński, there would be no need to run parallel foreign politics to that of the government, and therefore as there would be no alternative celebrations in Katyń in 2010, there would be no need of that disastrous flight.

Meanwhile, despite furious attacks, Tusk was doing well, and Kaczyński kept loosing elections after elections to him. Finally he got to power in october 2015, but this victory was vain, as Tusk, who became an important player in European politics, was already level up from Kaczyński. Attempts to bring him down by entangling him in the biggest financial scam of recent years – Amber Gold pyramid scheme – failed, and Kaczyński understood, that Tusk is out of his reach.

This is why it had to be decided what to do in in the topic of Tusk reelection. The choice was difficult: if PiS supported Tusk, it would make it hard for them to attack him further. But if they managed to make him loose his job, he could come back to Polish politics, and Kaczyński is still afraid to face him in the open fight. This is why they have pulled this ridiculous stunt, which, while shocked everyone abroad, can be understood if you understand, that it was aimed completely at the local market. They even published a video commercial, in which Tusk is almost openly called a traitor, and blamed for terrorist attacks and Brexit:

The only piece that do not fit the puzzle is why Jacek Saryusz-Wolski agreed to play his part. Some say that he has one thing in common with Kaczyński – a grudge against Tusk, as despite his qualifications and being a long time member of Platforma, he was never given any major role in the party. Others suspect, that we are still to see what was the price for him to sell up to PiS.

But when it comes to PiS, there is no doubt why they did that:

– by showing that they oppose Tusk, they can still attack him (and they moved to do instantly – the prosecution has summoned Tusk for this Wednesday to testify in some case of alleged illegal cooperation with the Russian intelligence).

– as he was elected without support of the Polish government, they can claim that he has no mandate to speak for Poland (Kaczyński himself called him a German candidate)
– they can use the fact, that most of Poles are not aware about the procedures in Europe, and don’t know, that it was not election, but just renewing existing term of Donald Tusk. Therefore official line of PiS is that he was elected despite not being put forward as a candidate by any country, and despite the fact that Poland has put forward different candidate, so in fact he was elected illegally. This allows them to question democratic standards of Europe in hope that this will drag the attention of voters from their own wrongdoing in that field.
– last but not least, they can now tell their voters, that they stood up to Europe ruled by Germany. Look – they say – all the countries, from small and insignificant to the biggest powers, dance to German tune, we were the only one that dared to stand against it!

But the truth is, it was a failure at all fronts. Tusk, having support of all the European countries and majority of Polish citizens is now stronger than even. This crazy stunt was perceived as a spectacular suicide of the Polish diplomacy. Until recently we were the country shining at European salons. Now, when the future of the union is at stake, instead of taking part in discussions, we degraded ourselves to the crazy ones, shouting from the broom closet in which we locked ourselves “this is our stronghold!”. And we are likely to stay there for the foreseeable future.

Kaczyński’s wet dreams about being a leader of Visegrad group also shattered, after we shown our partners, who had a keen interest to see politician from our region to hold that important role in Europe, that we cannot be trusted and don’t care about their needs. Last but not least, even significant part of PiS supporters consider recent events to be a total disaster, especially when they hear first signals (from minister Waszczykowski and Dominik Zdort, one of the leading pro-PiS publicists) that Poland might now turn towards Russia.

But the most scary thing is that nobody in PiS dared to protest. They still play along, and can’t even see how pitiful and ridiculous they are, when they go to the airport to welcome Beata Szydło with flowers. State owned TVP announced that her visit to Brussels was a great success. But one can wonder: they have played va banque to prevent Tusk from having his term extended, and yet they failed, loosing all the remaining diplomatic credibility of Poland and it’s position in the EU and this is presented as a victory, then what would they do, if they succeeded and prevented Tusk from having his mandate extended? It seems the answer is simple: Kaczyński no longer even pretends that future of Poland is important to him. He has no family, he is old, he has no hobbies or interests other than politics, he is one of the most hated people in Poland and he still suffers from the loss of his brother. In other words: he personally has nothing to loose and noone to care of. Therefore his only motivation for staying in power is personal vendetta. Beata Szydło was welcomed with flowers not for achieving the goals she said she wants to achieve. It was all bluff from the beginning. She was welcomed with flowers for ensuring that Kaczyński will still be able to bite Tusk’s calves without having to challenge him in open field. Even at the cost of Polish future.

2 Replies to “Meanwhile in Cuckooland 20”