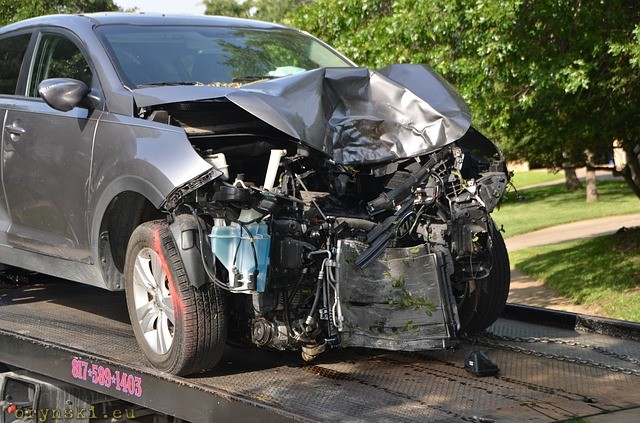 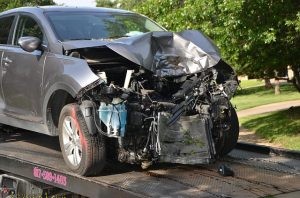 Finally, there is hope for a bit of fresh air in Poland. The PiS government after denying that smog is a problem has finally decided to address the problem. That came a bit unexpected if we remember that it is PiS government – the one that supports coal mining and virtually wiped out wind turbine industry, halted the project of construction of the first nuclear plant in Poland.

The only renewable energy they support is geothermal project in Toruń. Experts doubt if the geothermal waters under Toruń can provide enough energy for it to be economically viable, but who cares if the project is just another way to pump taxpayer’s money into the business emporium of father Tadeusz Rydzyk, whos media outlets are one of the pillars of PiS propaganda.

But Polish towns and cities were burn under so thick cloud of smoke, that even this government could no longer deny existence of the problem. Environmental Minister Jan Szyszko decided to get to the root of it. After careful research he found three things that are to blame:

1. Poles are not patriotic enough, and instead of fuelling their boilers with a proper, Polish coal, they use bad, foreign coal instead. Apparently just as migrants, foreign coal is not able to meet our exacting Polish standards. Therefore, keeping bankrupt Polish coal mines open at any price is good for environment.

2. Smog in it’s significant part is in fact a dust, blown from Sahara desert by the wind. We cannot do much about that, but it’s nature. In your face, eco-leftist, you say nature is good, so shut up!

3. Last, but not least it’s previous government to blame, so we issue an official statement on our website entitled “PO and PSL to blame for smog in Poland”, problem solved.

Meanwhile Polish foreign minister got jealous of the success of British diplomacy – not only Theresa May visited USA, but seems that Trump is going to pay her a re-visit. Waszczykowski would also like to get friendly with some of the world leaders – it would help him to strengthen his position at PiS, as even PiS has realised that he might not be exactly the smartest tool in the box. According to rumours, they’ve already tried to replace him but failed to find anyone willing to take the job. Ok, Waszczykowski is now the best pal of Alexandr Lukashenko, he even agreed to stop supporting Biełsat TV, a Belarussian language channel broadcasted from Poland that is to Belarussian opposition what Radio Free Europe was to Solidarity, but it’s not as cool as Trump. Desperate Waszczykowski’s even expressed bold support for Trump’s Muslim ban, but all to no avail: the 45th president of the USA still don’t care about Poland.

Antoni Macierewicz, minister for dismantling of the army, also did not had a good week. Military picnics, that were to overshadow Wielka Orkiestra Świątecznej Pomocy (read more HERE) turned out to be a complete disaster. The total count of money raised is approx 14 000 zł. The main event in Żagań, which was graced with a presence of prime minister Beata Szydło and broadcasted live on state TV raised only 225 zł. Meanwhile while I write, Wielka Orkiestra Świątecznej pomocy confirms raising 62 418 767 zł and still counting. Obviously claim that WOŚP ability to raise money was fully dependant of the support of public TV and state institution is not exactly true.

But this will not bother Antoni Macierewicz. He is a man of iron, and even taking part in a road crash would not put his mind of the things that really matters. This is why, after the column of speeding limousines in which he was travelled lost control on the icy road and plunged into the row of cars stopped for the red light, he did not even graced the victims of the accidents with a single glance or enquired if anyone was hurt – he just got into Skoda Superb carrying his bodyguards and drove off.

His victims were left stranded and due to the fact that V.I.P was involved, were forced to wait 5 freezing hours by the wreckages of their vehicles for a prosecutor to arrive. I won’t be surprised if they will be blamed for causing the accident, as the investigation was taken over by military prosecutor appointed by Antoni Macierewicz himself.

And why the minister was in such a hurry? Well, he has plenty of important things to do. While his young sidekick Misiewicz is busy with playing with soldiers, Macierewicz records vlogs in which he claims that the opposition protest was finished thanks to divine intervention of Holy Mary. On the day of the accident, he attended a funeral on Powązki cemetery in Warsaw, then had to give lecture on the conference organized by father Tadeusz Rydzyk private university, and then had to make it back to Warsaw to attend a North-Korean style ceremony in which Jarosław Kaczyński, after long string of brown-nosing speaches from his party members and government ministers, was awarded with a title of “Man of Freedom” (according to this meme it is because he is free to do whatever he wants).

Obviously those events were so important, that they justified putting lives of ordinary citizens in danger, as on that day Poland was struggling with cold temperatures and icy roads, yet the minister managed to travel from Warsaw city centre to Toruń city centre – a distance that usually takes approx 3 hours – in approx 1h 40 minutes. Even the accident did not caused any reflection – it took him just 99 minutes to reach National Filharmony in Warsaw after leaving the site of the crash.

Depending of the route taken by his driver, he either travelled on the single carriage way through numerous villages and towns with an average speed of over 120 km/h, or via motorway with average speed of approx 160 km/h.

One thing can be said: PiS is made of people of great faith. They still believe that Smoleńsk plane crash was an assassination and refuse to accept the simple fact, that recklessness, disregard of regulations and procedures and attempting to get there at any price (this attitude is now being described using newly created word “Tupolewizm” derived from the make of the plane that crashed in Smoleńsk) lead to accidents. And they don’t only say it, they live by it, and some silly accident of Antoni Macierewicz, or president Andrzej Duda won’t change their minds (especially that in both cases there were suggestions that it could be an assasination attempt)

But look at this movie.

It was shot by a random motorist and it shows a presidential column speeding on a busy road, forcing other vehicles to the sides to avoid head on crash. Approx 1’20” into the movie you can see a white MAN lorry forced off the tarmac. Putting aside the risk posed to other drivers, what if there was a soft ground or a pothole and the truck driver had lost control of his vehicle and crashed into presidential limo? Would occupants of even armoured vehicles survived crashing into a heavy goods vehicle? Isn’t the whole point of presidential column to ensure his safety, not to put the life of president and random road users at risk?
You will probably agree that such driving is just accident waiting to happen. And in that case there was no long wait. This movie was shoot shortly before presidential column reached A4 motorway, where the driver of presidential limousine lost control after having a puncture at approx 160 km/h.

And where were they going in such a hurry? The president, who apart from signing everything PiS places on his desk has not much to do, was going from one ski resort to another.

2 Replies to “Meanwhile in Cuckooland 15”