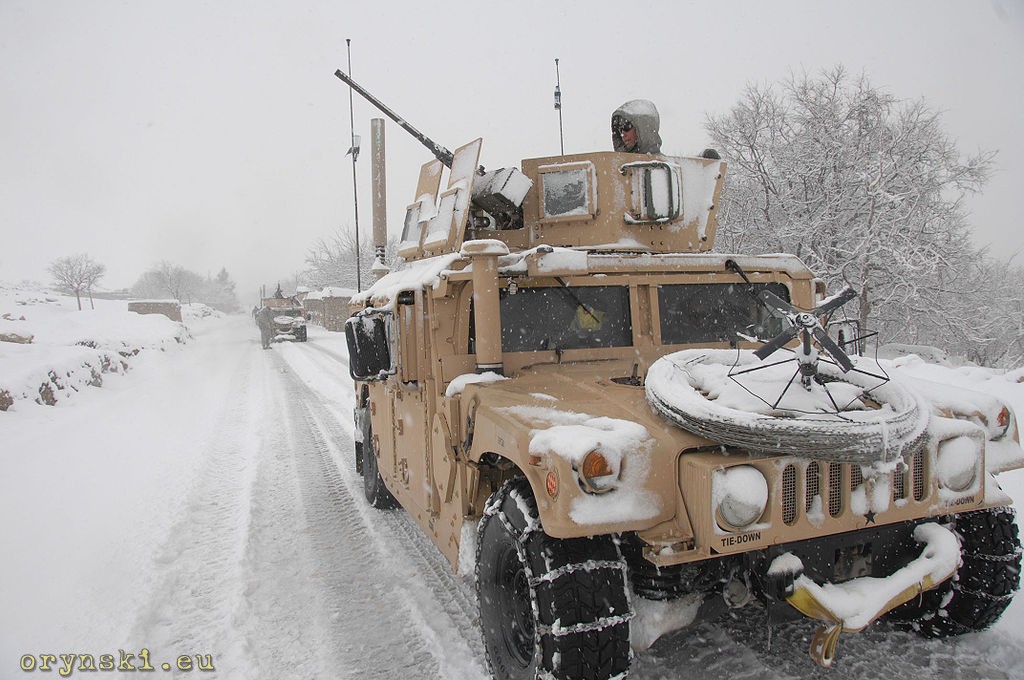 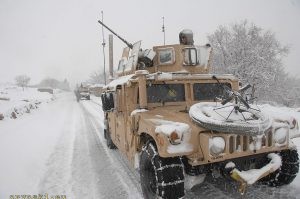 US Soldiers recently deployed on the Polish soil seems to have not doing very well. In a few days they are here, they have managed to crash two humvees into each other, spill a load of tank ammo after their lorry crashed into the ditch and injure two of those Poles who they are supposed to protect after loosing control of their truck and causing a head on crash with a van. Judging from their driving skills and the fact that according to witnesses, US Army vehicles regularly have trouble to start engines in the cold, if Russia attacks in winter, they won’t be of much help to us.

While majority of Poles supports presence of US Troops on Polish soil, for many it draws reminiscences of the presence of Soviet troops, especially that both Soviets and Americans are excluded from Polish jurisdiction. No wonder, that minister of defence, Antoni Macierewicz, has to think about having something else in his sleeve. In a bold move, he has decided that from now on a Navy Shipyard headquarters will be located in Radom, approx 100 km south from Warsaw. That was a brilliant decision, as no enemy would expect to find a navy shipyard located so deeply inland. Radom, as a city with one of the highest levels of support for PiS, is often rewarded with government investments, so Enemies of Poland already joke, that the ships will be transported to the sea using Radom Airport, a previous gift of PiS that fails to draws any attention from both Airlines and passengers and lies empty, generating huge losses. Other jokers propose Niedźwiedzia cave in a Śnieżnik range as a base for those new helicopters or that army will crochet new tanks so they become invisible for the enemy radars…

But such jokes are not fair. Those pitiful people are just unable to comprehend, that great mind of Antoni Macierwicz is not bound by some silly spacetime continuum, just as the minds of Polish leaders in the past weren’t as well. The best proof of that is that, according to Macierewicz’ speech, Józef Piłsudski and Roman Dmowski in their visions of Polish Army, were drawing inspiration from Warsaw Uprising in 1944, despite the fact that the former died in 1935 and latter in 1939.

With so important things occupying his boss, poor Bartłomiej Misiewicz (read more about him HERE), was desperate to find anyone willing to pay attention to him, so during his visit to Białystok in the evening he drove the government BMW to a disco 300 m down from his hotel, where he was trying to gain attention by founding rounds of vodka all around, demanding DJ to announce that such celebrity as him is present and allegedly trying to impress girls (or anyone who would recognize him) by offering them jobs in the ministry. Finally he got totally wasted and become a laughing stock, so no wonder that he is now denying everything.

TVP also suffered a big blow, so far only to its image but potentially also to its finances. The “documentary” movie about a “coup” broadcasted last Sunday in desperate attempt to cover Grande Finale of Wielka Orkiestra Świątecznej Pomocy (see HERE) was rigged up mostly from random footage from the Internet. Authors of those movies are now going to sue for breach of their copyrights, as not only they haven’t been paid for the use of their footage, but also their logos and watermarks were removed. Initially TVP claimed that this was part of “artistic vision”, but when they played the movie again, it was followed by a long credits listing sources of all materials used, so obviously the thought of being forced to pay a huge compensations has prevailed over artistic freedom.

Desperate attempts to smear previous government resulted in Ministry of Foreign Affairs publishing some interior note from 2008 in which a more close relationship with Russia was considered. PiS tries to show it as an ultimate proof of Donald Tusk and his government being acting as Russia’s agents, while former foreign minister in Tusk’s government, Radosław Sikowski, pointed out that the only thing this note proves is that back in 2008 Foreign Ministry was doing some analysis, making plans ahead and a discussion of the chosen line was still possible. Meanwhile foreign media are mostly shocked that Foreign Ministry is ready to disclose their internal documents in attempt to achieve some minor political gains.

If you can’t find anything, you can always invent some bullshit. Marek Suski from PiS, asked by a Polsat journalist, why Hanna Gronkiewicz-Waltz keeps winning presidential elections in Warsaw said that she is a terrible president, and PiS candidate would be a much better one, but he was unable to win because Platforma Obywatelska was organizing a mushroom picking events, thus driving people away from the polling stations. In this interview he calls president of Warsaw and former chief of Polish National Bank “pani Hania” (Slecna Hanka) which is yet another example of how PiS does everything to diminish it’s opponent. But “Pani Hania” is really nothing, when we compare it to what big man says. Asked during the radio interview if he is afraid of the KOD protesting movement, Jarosław Kaczyński said that he is not, as when he look at them, he sees faces of the former agents of communist regime or mentally handicapped people. I wonder if those are the same people that, according to one PiS councillor, should seek psychiatric help because they want to be able to have babies using in vitro procedure?

When we are at the topic of KOD, it has emerged that it’s leader, Mateusz Kijowski, has been providing the organisation with IT serviced priced well above the runinng rate in Warsaw. It further damages his credibility, as for some time now it has been known that he has evaded paying alimentation to his kids from previous marriage. Unfortunately for TVP and other PiS propagandist, they cannot pick on that subject as much as they would want, as Jarosław Kurski, chief of TVP and “Kaczyński bullterier” is guilty of exactly the same, with a one notable difference: unlike Kijowski, Kurski hasn’t paid a single penny to his children…

Other than that, life in Cuckooland goes as usual. A big chunk of land in Toruń worth 1.6 million of Polish Złoty was just been rent to a church with 99% discount. The yearly rent has been set at 48,38 zł – that is less than 10 GBP.

But other religions cannot feel that welcome in Poland. In 2015 a group of Jehova Witnesses was attacked by a group of racist thugs. They were threatened with the knife and told, that “when Poland will finally get up of it’s knees, you won’t be able to spread Islam here”.

In court, the attackers admitted that the event took place, but they deny being intolerant. Their advocate was calling for the case to be dropped, as “there was no significant harm to the society” and it was just another instance of the “general agression of Poles”. He claimed that because level of religious hatred and intolerance in Polish society is so high, that Poland struggles to copy with it, punishing his clients would not be appropriate”. Luckily the judge disagreed with that opinion. In his view proper punishment for those committing a hate crime is the best way to deal with “high level of religious hatred and intolerance in Polish society”. So, at least, there is some hope left.

This piece was published in Britské listy

One Reply to “Meanwhile in Cuckooland 14”