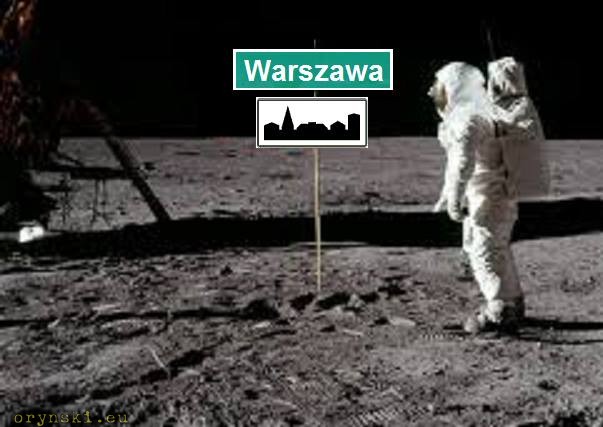 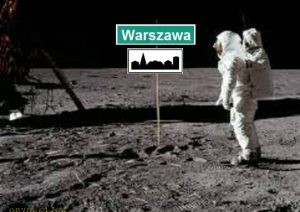 “The year is 2017 AD. Mazowsze is entirely occupied by Warszawa. Well, not entirely. One small village of indomitable PO voters still holds out against the invaders. And life is not easy for the PiS voters who inhabite nearby parishes of Pruszków, Konstancin-Jeziorna and Piaseczno…”

This has been one of the most popular jokes in Poland last week. But what Asterix the Gaul has to do with Warsaw? Well, PiS has noticed already that even many of those Poles who voted for them no longer consider their government as a overwhelming success. And the local elections are coming, therefore it’s time to do some gerrymandering. There are some talks about creating 17th department around Częstochowa, which according to Szymon Giżyński, PiS MP, “is necessary because it’s a mater of national importance. Częstochowa is a spiritual capital of Poland of the great importance for our national identity”. But spiritual importance of Częstochowa is nothing when compared to importance of “reconquering Warsaw”. For PiS it is a matter of honour, as apart from Lech Kaczyński’s victory and PiS appointees who were given a job to avoid the need of election after Kaczyński dumped being a president of Warsaw to run for president of Poland, Warsaw was for years considered as a bastion of PO. Knowing that they have no chance to win in the city, they have came with a cunning plan to change capital’s boundaries so they include surrounding councils, that mostly support PiS. Mostly, because one of them, Podkowa Leśna, voted for PO for years and as the bill changing Warsaw’s administrative boundaries naming all of them, the proposers forgot to include it. So if the bill would go ahead as proposed, it would result in the council Podkowa Leśna becoming an enclosed enclave within the city of Warsaw.

Of course PiS, that is so happy to invoke importance of listening to Poles at any occasion, don’t bother to listen ask people involved what they would think of that. Of 32 PiS MP’s who signed the proposed bill, only one lives in Warsaw and none lives in surrounding area. The bill will, as usual, pushed through the path allowing for skipping public consultation – surely PiS do not want to face people, especially that recent anschluss of surrounding parishes by the city of Opole (despite nearly 100% of people being against it during public consultations) was met with a fierce opposition from it’s inhabitants. There were even hunger protests.

But administration boundaries are not the only ones being changed despite public opposition. Also PiS reform of the education system, which basically brings us back to the system existing in Poland during the communist era, has not been welcomed even by the critics of the current one. PiS pressure to go ahead with it despite complete lack of preparation, leaving the burden of taming the chaos to local councils, just has to end in a total disaster. But PiS is prepared for every eventuality: in case that education is to go down the drains, education minister appointed Barbara Rudzińska-Mękal as a chief of the Ośrodek Rozwoju Edukacji (Centre for developmpent of education). Teachers protest that she has no relevant qualification or experience whatsoever, but they are told, that she has an experience in managing big project. The problem is, that she managed to gain this experience by running waterworks and sewage network in Piaseczno, where she was not considered a great success: her only achievement is allegely putting prices up and then being suspected after getting in conflict with the staff.

Luckily, where Ministry of Education might leave a lot to be desired, other ministries also have the future of the Polish youth in their minds. A nursery has been opened with a support of Ministry of Defence. This was commemorated with a plaque invoking merits of Antoni Macierewicz. So as soon, as babies go to pre-school, and then to primary school and learn to read, they can come back and see to whom they owe such a great starting point for climbing the education ladder.

As we are on Macierewicz already, you might wonder what with the investigation regarding the crash his column caused in Toruń, that we were talking about last week? Well, it seems there will be no investigation. Military prosecutors qualified this case as a mere minor collision. Military Police blames weather conditions, case closed. As per the cost of the military picnics, I still did not received any answer from Ministry of Defence press services. They are propably too busy covering up another compromising news about their boss, Bartłomiej Misiewicz.

But at least our energetic needs seem to be secured. The newly appointed management of the power company Energa during a solemn mass had entrusted their company to Holy Mary. As experts warn for many years that Polish power network is at the verge of collapse due to outdated coal electric plants and the transmission network that is simply not up to the task, and PiS government just slaughtered Polish renewable energy industry and suspended nuclear plant project, the only hope might be indeed eternal light.

Priests seems to be always happy to give Polish politicians a sound advice. Father Paweł Bortkiewicz, an advisor to president Duda, made it to the first pages with his deeply analysis of the opposition. According to him, all they are good for is a stand up comedy, and the appropriate venue for their shows can be found behind the prison walls. It sounds absurd today, but who knows, one day it might actually turn out true. It would not be the first time: some other PiS advisers used to claim that in so called “no go zones” are in existence in several countries – and it just had been confirmed. According to travel agency Rainbow Tours, the Polish Zones created in Greece, Croatia and other Balkan countries, designed with solely Polish tourists in mind, proved to be a big success amongst their Polish clients. I am pretty sure, that not only many other Poles, but also foreigners will steer clear from such places.

Meanwhile public television TVP again succesfully proved that the only agenda of Gazeta Wyborcza is to spread leftist ideology. Anti-Smog masks, sold with Thursday issue of Wyborcza were grey with a red filter, and the bright minds of TVP journalists instantly noticed its likeness to a Buďonovka hat! The fact that prime minister Beata Szydło during her time in the mountains was wearing a matching skiing overalls that could also bring to mind Bolshevik uniforms somehow skipped their attention.

In the international politics, Russians seems to be not too happy with Lukashenko turning his back on them and getting cosy with his new best pal Waszczykowski. This is probably why Donald Trump’s administration received information about “Polish incursions in Belarus”. Don’t worry Mr Trump, we are not trying to invade anyone, it was probably just a lost team of Surveyors trying to establish new boundaries of Warsaw.

Not only we are not willing to invade, but we are also the best in preventing ourselves from being invaded by TERRIBLE ISLAMIST TERRORISTS. When city of Sopot expressed wish of accepting 10 orphans from Aleppo, the government refused to admit them to Poland on safety grounds. Another great success! By refusing help to just 10 children from war zone, our superior Christian values are again preserved and safe! The fact, that Israel just took a hundred of children from Syria in might propably be for many PiS voters just another confirmation, that the whole matter was just Jewish agenda.

There are rumours, that due to difference of opinions on the topic, Jesus Christ considers abdicating as a King of Poland.

One Reply to “Meanwhile in Cuckooland 16”