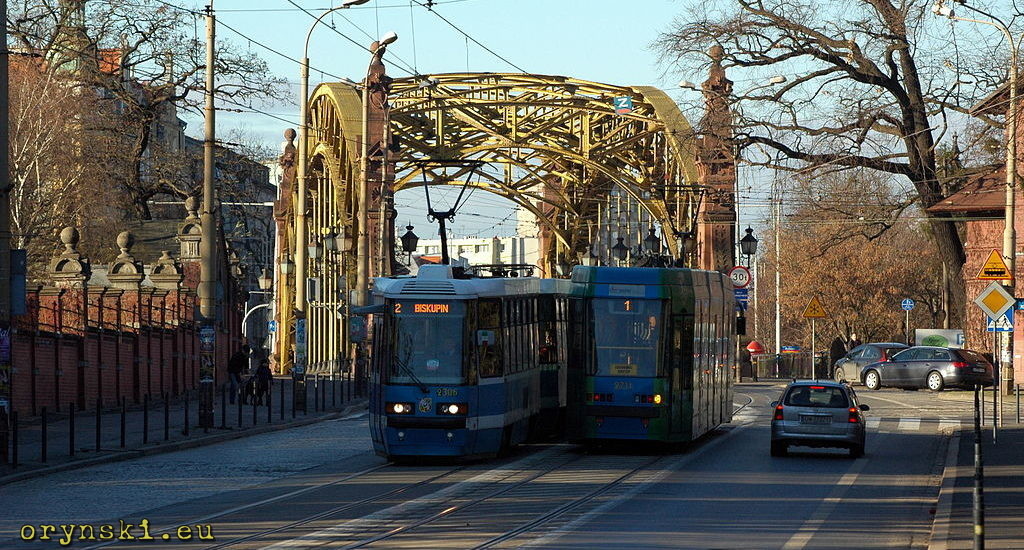 If you need to understand how the Polish state works and what it means to run business in Poland, you need to read just this one story: a company in Jaworzno asked the council to fix potholes on the road that leads to their warehouse, as the condition of the road was so bad, that trucks could not reach their land safely. The city responded, that company can fix the road themselves if they wish to do so. The company answered, that the road belongs to the council, so it’s their job to fix it, and if they fail to do so, they will sue them for damages caused by the potholes to the trucks. What was the city’s response? They placed a speed limit of 5 km/h on that road. If you drive 5 km/h, you can’t damage your vehicle, and if you were going faster, then it’s your own fault, yeah? Problem solved.

And this is what it means to be a businessman in Poland. The state, that charges you taxes and various other dues, won’t help you in the slightest, but it would do everything to get out of the responsibility. No wonder that when they actually do something, it calls for celebration. And so in Ogrodzieniec, the mayor and the range of local VIP’s took part in the ribbon cutting ceremony to open the new road infrastructure investment. Which was a speedbump.

A different kind of celebration took place in Wrocław. The city, that for decades invested mostly in the fireworks such as new stadium for Euro 2012, another stadium for World Games 2017, purchasing a set of pictures of Marylin Monroe for mere 6.5 mln zł (without any idea what to do with them) etc. grossly neglected its tram network. As a result of appealing condition of many tracks, derailing of the trams became a regular occurrence, tracked, amongst others, by a Facebook page “Czy wrocławskie MPK dziś już jebło?” and derailed Wrocław trams become a nationwide meme. People are actually placing bets on the number of such events. Recently a local paper celebrated “a hundredth derailing of the 2020”, which had been met with a strong protest from the MPK, city’s public transport authority. “Where you get those numbers from? It’s only 83rd this year!” – commented it’s official profile on newspaper’s Facebook. The discussion on numbers went for a few days, during which it has been established that difference is caused by the fact, that MPK only counts the cases where the crane has been needed to put tram back on the track. The cases of multi-track-drifting, where the rear of the tram-train goes in different direction than its front land in a different category, as it can be rectified by reversing the vehicle back through the railroad switch . Still, all calculations soon became obsolete, as just few days later another tram derailed, so the current number is 101 (or 84, if we believe MPK).

Well, it’s all a bit silly, but at least it’s legal and not as appalling as the celebrations of the 29th anniversary of the first broadcast by Tadeusz Rydzyk’s Radio Maryja. As usual, a huge representation of the government was present during the holy mass (someone counted as many as 27 of them). Those politicians of the ruling coalition, along with several members of clergy – many of them without face masks – broke several COVID-19 regulations.

To a surprise of absolutely nobody, the police didn’t came with batons to disperse that group breaking the COVID regulations, just as they do with the women’s protests. Actually, the police was not present at all, just as president Duda. But the latter least sent a letter, in which he compared creation of Radio Maryja to such important historical event like 1920 Battle of Warsaw when Polish army pushed back the Bolshevik invasion.

In his sermon, Tadeusz Rydzyk spoke about the recent developments regarding paedophilia scandals in the church. According to him bishop Janiak, accused of covering up paedophilia scandals, is “a martyr” and victim of attacks. On the perpetrators themselves he had just one thing to say: “So the priest sinned. Big deal! Who of you are not tempted?”. He got a round of applause from the people present, including minister of justice and child’s right’s ombudsman(!).

Meanwhile the opposition’s MP informed the prosecutors about all COVID-19 rules broken during that event and demands actions. Yeah, police is investigating such situations – as when there were too many people present during confirmation mass in Mszana Dolna – but, come on. How naive she is. Does she really expect that there is still one prosecutor independent enough to investigate illegal gathering at Rydzyk’s church, in which his or her boss took part?

If someone is to be afraid, is the woman who threw eggs at the church. She is now facing 2 years in prison for “offending religious feelings”. The investigation is carried by the military police as it was a military church (yes, in Poland we have a military churches, the priests have usually officer’s ranks and officer’s salaries, even when the churches are of no use of the army as they are placed in the towns where army is no longer present).

Throwing eggs at churches is a terrible crime. Destroying art, apparently not, as no such police activity can be observed when it comes to a destruction of the mural celebrating women’s strike in Słubice that had been completely covered with spray paint. A private person put out a 5000zł prize for information about perpetrators. Will we know, though, if they were caught? One might honestly doubt it now, after state-controlled fossil fuel company Orlen purchased Polska Press, a publisher of the 20 of 24 biggest regional papers, over 100 local papers and 500 internet portals.

Apparently the company needs that to expand it’s sales, enter advertising market and improve “big data tools”. But one can say that this purchase, together with earlier purchase of Ruch, the biggest Polish press distributor, is just a realisation of long-time dream of Kaczyński: “repolonization of media”. And by “repolonization” they mean, of course “putting them all under PiS control”. Kaczyński used to say that he would want to see “another Budapest in Warsaw”. When it comes to media, he is just about to achieve his goal. In many other ways, too.

Dutch parliament recently obliged the government of the Nederlands to sue Poland in European Tribunal of Justice and calls for other EU countries to join them. In just 5 years of Kaczyński’s rule, Poland turned from a rising star of the Europe into the pariah nation…

The old jokes from the communist times have been refreshed and make rounds again. In one of them Kaczyński dies, goes to hell and meets Hitler. He tells him “If Poland had your army, we would never be beaten by you!”. Hitler answers “If I had your media, Germans would still think that we won the war”.

This piece was written for Britské listy
Picture of the tram: Radosław Drożdżewski via Wikipedia CC 4.0