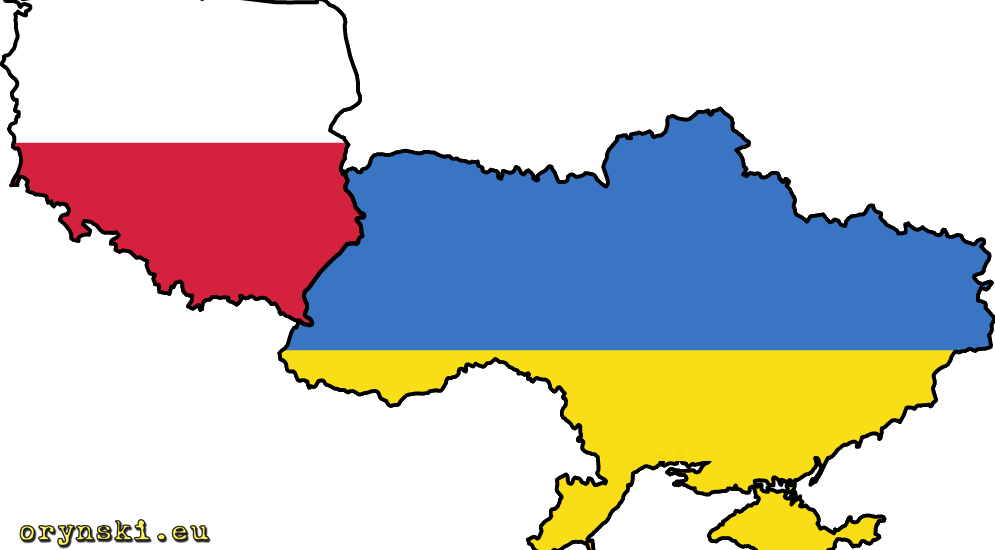 All across Poland, from the sea to the mountains, people are joining forces to help Ukrainians. Literally, every single of my friends is trying to help in some way – from sharing news about transport or accommodation requirements, to donating money, organizing or coordinating collections. My podcast’ co-host is coordinating help on the Ukrainian border near her home town of Sanok. My family took 3 refugee women and two children into our home (you can listen to a special English-language episode of my podcast here, in which my co-host and my mum tell me about the efforts to help the Ukrainian neighbours).

The mass mobilisation is enormous and Poles work together, across the lines that so deeply divide our society. Even my extreme-right friend, who just a few days was cheering for Putin, today coordinates action of gathering highly needed medicines for one of the hospitals in Lviv. The help is mostly possible to grass-roots mobilisation and the efforts of well-established NGO charities like Polska Akcja Humanitarna. But to everyone’s surprise, the state has also stood up to the task for the most part. The local governments coordinate efforts and already think long-term – my father told me today that he’s getting refugee children to school on Monday, as the special class for Ukrainian kids who don’t speak Polish is being organized in a nearby primary school. The majority of the cities offer free public transport to Ukrainians – or, if the local laws do not permit, waive all penalty charges for those unable to pay. All major railway companies also offer free travel, as well as some coach lines and even, in some locations, Uber, some private motorways also allow toll-free travel for Ukrainian-registered cars (or Polish vehicles carrying Ukrainian refugees or humanitarian help, providing they obtained special permits beforehand). The Polish railways went even so far to undertake emergency work on an abandoned railway line, so just after a few days of extremely hard work, the trains can reach the border crossing in Krościenko. For the first time in decades a Russian gauge railway line, used to deliver iron ore to Katowice steel mill, had been used for passenger transport as well – the train carrying refugees arrived in Olkusz, then got reloaded with humanitarian help and went back to Ukraine.

The Polish air force donated all 28 flight-worthy MiG-29 fighter planes to Ukraine (they are, obviously, no longer of any use for us, as it’s very unlikely Poland will be able to get any spare parts for them, but this is still a great gesture). Voluntary Fire Brigades across Poland donated over 100 second hand – but still in full working condition – fire trucks to our neighbour. Poznań ZOO organized a dramatic evacuation of lions, tigers and other exotic animals from a sanctuary near Kyiv, which rescues them from circuses and illegal breeders. Gazeta Wyborcza teamed up with Ukrainian papers and published a free paper in the Ukrainian language, a cinema in Wrocław offers screening of child movies in Ukrainian…

I can go on all day. Honestly, I have never be so proud of Poles. The help is so great, that my parents, who host refugees, had to store all the donations delivered for them in their garage, and my brother, who also offered to host refugees, is still waiting, as he lives in Jelenia Góra and they are all hosted in Eastern parts of Poland (after the ordeal through which they had to go to get to Poland nobody can blame them that they are too exhausted to travel further 400 km West…). There are also symbolic ways of showing support. The Polish Language Council confirmed it is perfectly correct after people en masse begun to say “w Ukrainie” instead of “na Ukrainie – which is, I guess, a problem common to many other Slavic languages, so I don’t have to explain it to a Czech reader. Polish left-wing party Razem split ways with the Western left (after their leader got famous worldwide for bringing down Naomi Klein’s appalling attempt to westplain Russia to the world by repeating Kremlin’s narration) – it had quit organisations of left-wing movements in Europe due to the fact, that they failed to condemn Russia’s actions strong enough. The enthusiasm is so great that sometimes people are getting a bit overexcited, like some councillors of Jelenia Góra that wanted to change streets named after Russian cosmonauts such as Yuri Gagarin as they “don’t want to promote heroes of the Soviet Union” .
But of course, it is not all rainbows and unicorns. The government still tries to gain some political points. I had two first-hand reports from two different places whereself-organized voluntary groups are removed so local politicians can take a picture with government officials and functionaries of the uniformed services.I hear of the local government groups being chased away despite the government’s actions are not sufficient for the needs. I saw an employee of state media twisting a message in which some foreign official was praising the work done by the Polish people, which, somehow, in translation became praise for the Polish government…

Of course all the political parties are trying to gain something from the situation. The government argues that it is no time for the political conflict with the EU, hoping that the EU would just forget what was happening on the Brussels-Warsaw line for the recent few years. The PiS coalition partner, Solidarna Polska, openly attacks the EU and compares its “attack on Polish sovereignty” (known by anyone with a dozen of brain cells as an expectation that Poland will observe the rule of law) and right-wing Konfederacja, while trying to contain their biggest nutcases like Janusz Korwin-Mikke, who strongly support Russia, want to use the current threat from Russia as leverage to push their laws aimed to relax access to guns for Poles

Luckily the reports of the racist treatment of non-white refugees flying Ukraine are greatly exaggerated – at least when it comes to Poland, as there are many disturbing reports of the xenophobia and harassment of them on the Ukrainian side. Saying that there were cases of the extreme right-wing people attempting to organize some kind of anti-Muslim militia, trying to harass non-white people in Przemyśl, but the police is on the ground, containing the problem and issuing strong dementi of the rumours spread by pro-Russian propaganda about the alleged spike in crime, assaults and rapes. This is all good, but we have to remember that nothing had changed on the border with Belarus and the construction of anti-refugee wall continues there, as well as some – if we believe human rights activists – illegal pushbacks. The government also illegally extended the operation of the exclusion zone again, which means that journalists still can’t get access to this area – allegedly for their safety, which is being ridiculous now, as nobody stops them from going to the front line in Ukraine…

There is still also an issue of the Russian coal being important to Poland in great quantities. Mateusz Morawiecki expressed will to introduce an embargo, but hides behind the EU, claiming Brussels might give him permission here (some argue it is not true). There is no need to wait for the EU to stop work being carried out on a Russian vessel being repaired in one of Szczecin’s shipyards after it had been involved in the incident there, which sparkles outrage, as the shipyard seems to be doing everything to fix it in a record pace, while a vessel of the Polish Navy sits there for years…

It seems that the Polish ruling class has to hastily re-think their political stand. Mateusz Morawiecki, who just recently went to Spain to join his friend Marie LePen during a gathering of pro-Putin politicians in Europe now urges other European leaders to take a more firm stand against Russia. Andrzej Duda, who not so long ago called the European Union “and imaginary community of little consequences to anyone”, has now suddenly become a great cheerleader of Ukraine’s membership in the EU.

Surely, the Russian invasion of Ukraine will become a pivotal moment not only for Poland but for the whole of Europe. And we’re in it for a long ride – at the moment of writing Poland had accepted more than 700 000 refugees – this is about as much as the number of people living in Wrocław. So far Poles keep their spirits up by humour – the best joke I heard today was about that pound, ruble and euro are now being exchanged one to one on the financial market: 1 euro is now worth 1 pound of rubles. But there will be inevitably tensions between Poles and the newcomers, there will be also surely some Russian meddling – the Polish counter-intelligence has already arrested a Spanish journalist suspected to be a Russian agent. There is also plenty of low-lives trying to use the situation to scam refugees or sell them overpriced goods or services, but I guess this was to be expected in such dire circumstances.

Surely, in the oncoming months, my series on Absurdistan might take a completely different change of character.

This text was published in Britské listy
Illustration: Public Domaimn