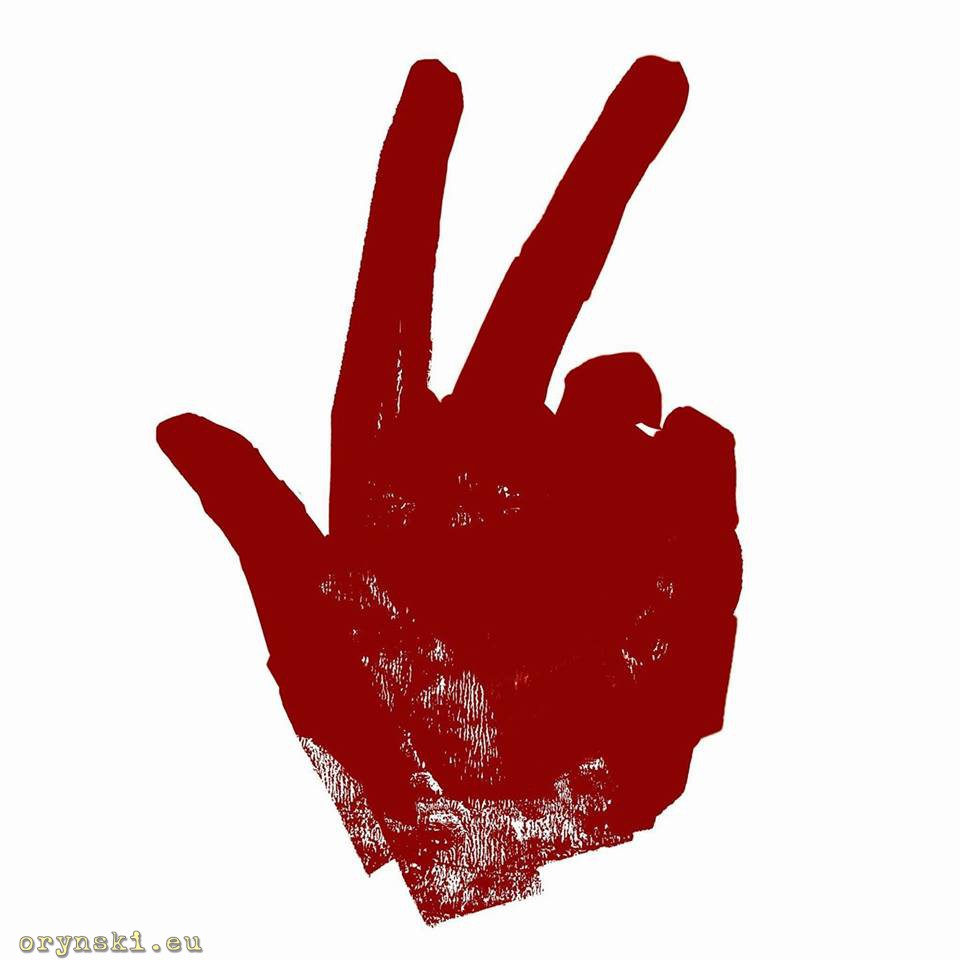 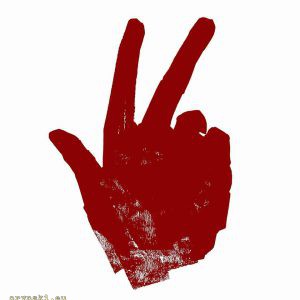 So what is all that mess with courts in Poland about? It all has begun when Kaczyński said: “A postulate, that I personally supported, to create National Council of Jurisdiction was an important step on a way to make Poland a democratic country with rule of law”. Ah, wait, that’s Lech Kaczyński, our late president. Let’s start over again.

So what is all that mess with courts in Poland about? It all has begun when Jarosław Kaczyński said: “National Council of Jurisdiction is a post-communist institution”.

According to PiS, courts are last bastion of Communism in Poland and therefore their independence has to be removed and they have to be made submissive to the rule of the government. Only this will allow to clear the courts from all those communists, as currently the courts are allegedly ridden by them. As a result, the judges consider themselves to be a special caste, placed above the others. They are common thieves and criminals.

But, wait. Something is not right in the story. The court system is not the same as it was in Stalinist times. The reforms have begun in 1980’s, some were carried before communism collapsed, as the concessions from Jaruzelski’s regime to opposition granted by hope, that it would help them to stay in power. Others were introduced during the time immediately after round table negotiations – those are the changes supported by Lech Kaczyński as per his quote above.

But this is not everything. A major overhaul of the system was carried out about 17 years ago, as many of the reforms carried by the AWS government (AWS was a coalition of mostly right wing and centre parties, the prime minister was Jerzy Buzek). The new law was written by minsters of justice: Hanna Suchocka and her successor… Lech Kaczyński.

More over, according to Lech Kaczyński the judges back then were very good. On 28th of February he said “I am convinced that vast majority of Polish judges – and compared to other countries we have a lot of them – are people, who perform their duties famously”. So how it happened that 30 years after fall of communism Polish court are full of Stalinist criminals, when 20 years ago Polish Polish judges in vast majority were so good? I could understand if they were replaced by some bad ones, but communists? Really?

Apparently Jarosław Kaczyński’s claim, that he is to continue legacy of his late brother is not watertight any more. His brother might not be the best president we had (but thanks to Andrzej Duda he is also not a worst one any more), but he still was a statesmen, who wanted good for his motherland. Today, Kaczyński still uses those big words, but in fact he is trying to bring back the undemocratic regime his brother was fighting so moderately when he was active in the anti-communist opposition (I used the word “moderately” on purpose, as despite the legend that PiS tries to create, Lech Kaczyński was not even close to be a major player in the Solidarity movement). Those contradictions are pointed to him regularly, recently in the parliament by one of the opposition MP’s, who pointed out that (unlike today’s PiS) Lech Kaczyński understood division of power. When the crowds that were gathering outside were mentioned, Jarosław Kaczyński could not hold it any more and answered to that in quite an unusual style. After he broke onto the rostrum, he said, I quote:

“Mister speaker, I am here without any formal mode. [then, addressing the opposition:] I know, you are afraid of the truth, but do not swipe your treacherous mugs with my late brother’s surname. You were destroying him, you’ve murdered him, you are scoundrels!”

Whole exchange can be seen here:

But this was not the end of scandalous events in Polish parliament. As usual, PiS waited for a quiet moment when Poles are busy with something else in hope that they won’t notice what is going on in politics (remember, that their attack on Constitutional Tribunal was carried during Christmas time?) and then tried to run a parliamentary Blitzkrieg. They don’t bother with the real proceedings, as all this is just a façade. The best example of it is the proceeding of parliamentary commission chaired by Stanisław Piotrowicz. He has no time for crap such as discussion or actuall proceeding, it’s a mere formality. He decided to group all amendments into groups, depending of who proposed them. One vote to support all amendments introduced by PiS, another vote to reject all those proposed by the opposition, done and dusted. As the opposition protested and demanded a proper discussion, the situation escalated only to end in monty-pythonesque scene of a fight over a microphone…

The aim is to push the new law through the parliament at the fastest pace possible, before everyone realizes what is really going on. There is no time to be wasted on objections from opposition, as pointed out by Krystyna Pawłowicz, who shouted at opposition MP “Shut your mugs, as the chairman Kaczyński told you to!”.

And so, the new law is passed, regardless of the fact, that sacking judges and other workers of the justice system is a clear violation of not only the constitution, but also employment law. A president’s spokesperson was asked, if it would be also possible to sack a president if a similar law was introduced in that matter. He answered, that it would not be possible, as such law would be vetoed by him.

Of course, crowds are going to the streets every night now, and from day to day they are bigger (see more here). Obviously this fact bothers PiS, as they can’t decide how to react. Minister of Interior Mariusz Błaszczak claims, that the crowds were merely strolling tourists, who went out to enjoy nice summer weather and stopped to see what’s going on after seeing a small group of protesters. Former PiS Senator and a member of State Tribunal described the opposition as “criminal organization”. Speaker of the Senate believes that those people do it in a good will, and they simply don’t really know what they are protesting against. Adam Andruszkiewicz, an MP from Kukiz’15, de facto PiS satellite party, shared information that “a certain influential foundation sponsored by Soros” is behind those protests, as they are part of foreign conspiracy to overthrow a democratically elected government in Poland and spill the blood of Poles. The matter is urgent and the stake is high, therefore he will immediately take action. Immediately after the weekend, that is.

Only the state TV cannot think about anything new and informed, that street revolution is a way to bring migrants to Poland:

Meanwhile there is a problem. As usual, when PiS tries to force some new law in haste, it is full of errors. This time the new law is contradictory to itself, as in Art 12. §1 it says, that “general assembly of High Court judges proposes five candidates for first chairman to a president” while the same number referred to in Art 12, §1 is 3.

Absurd, yeah? Well, apparently not for Senate, as they have voted the new law in. If they didn’t, then the amended bill would have to be approved by Sejm again, and Sejm is already on holidays, therefore they would have to wait till September… And they want it done now, as they have plans already. As Krystyna Pawłowicz informed one of the journalist, after the holiday they are going to sort the press out.

So the contradictory legal bill is now approved by two chambers of the parliament. Don’t believe it? You can check it for yourself: the proposed bill is here, and here is the commission’s recommendation to accept it without any amendments. In another Monty-Pythonesque moment, one of the PiS activist celebrated “the end of the post-communism in Poland” by tweeting his picture with leading PiS legal expert, former communist prosecutor Stanisław Piotrowicz:

Now everything is in the hands of president Duda, who has right to veto the new laws. He has a last chance to stand up to his party and do his job of protecting constitution properly. Or he can go down the history books as the biggest coward, perjurer and traitor in the Polish history after 1989. Will he be able to break from his submission to Kaczyński? Or perhaps Kaczyński will regain a clear mind for a while and orders his puppet to shoot down this bill, realizing, that the anger of people on the streets might end in disaster? We’ll see about that. Stay tuned for next chapter of “Meanwhile in Absurdistan”!

Post scriptum: While the PiS attack at the last bastion of rule of law in Poland is the most important thing that is going on in Poland right now, in other fields is business as usual. The protests in Puszcza Białowieska for example are going on with a massive support of our Czech friends. Ministry of Environment still fights for their right to log trees in protecting areas. They issued a letter in which they seek support for their actions, listing all the species that could be saved thanks to massive logging. But those naughty environmentalist not only do not listen, but even dare to mock it by correcting mistakes made by authors of the letter:

And of course nothing new on the road traffic front as well. Government drivers scored also in this month by crashing with the private car in Warsaw city centre.

One Reply to “Meanwhile in Cuckooland 34”