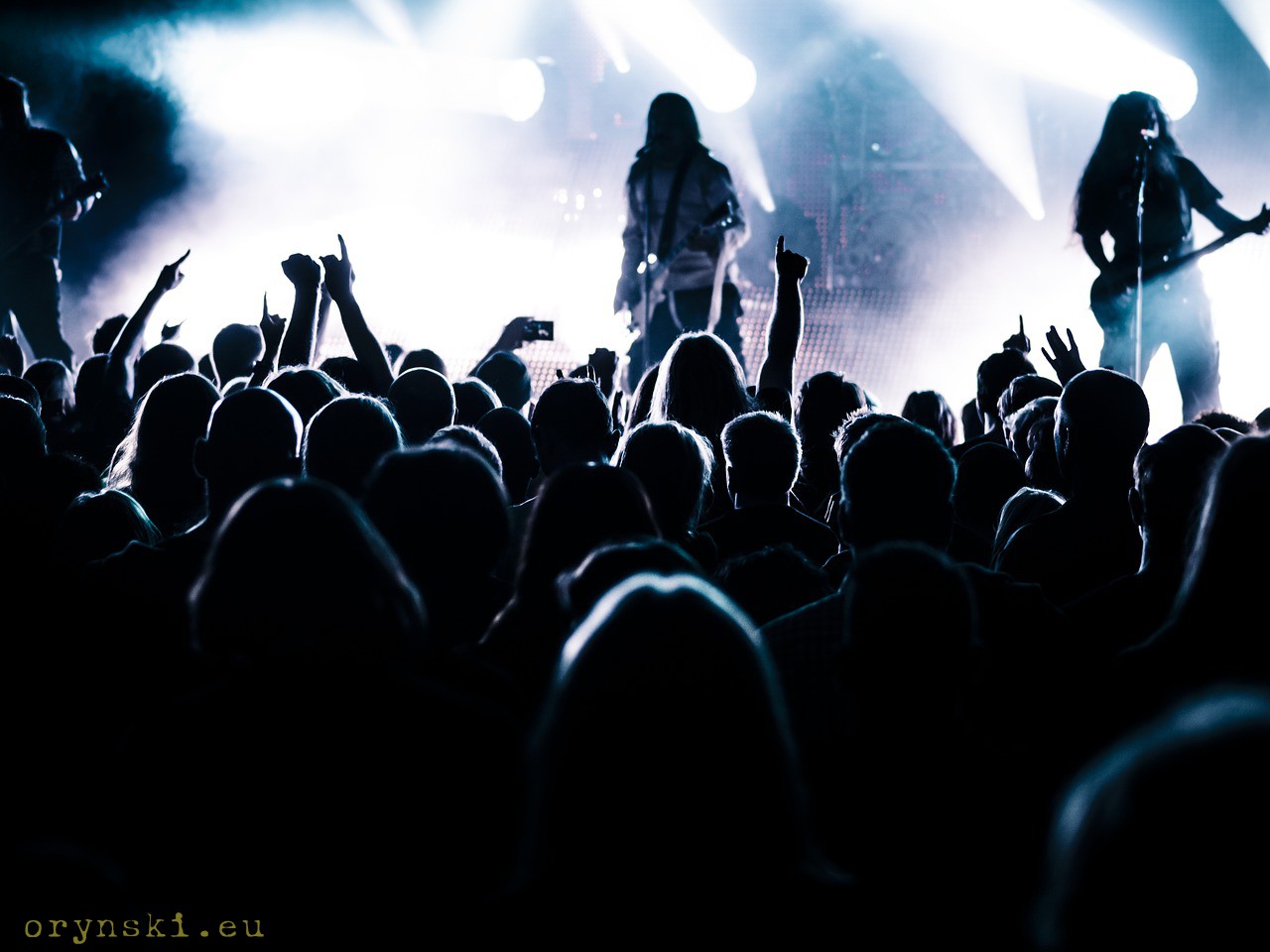 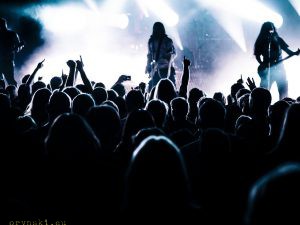 Finally, Poland decided to give shelter to the victim of religious persecution… Yes, yes, I can see some regular readers of this column murmuring to themselves “oh, not that old chestnut again, he could make up some new running joke, no way that Poland is to allow some refugees in!”. And unfortunately, they would be right again: this time the victim of persecution is noone else, but pope John Paul II himself. Or rather, in the bronze. The local government of Sochaczew district announced that they are ready to give shelter to the monument of the pope, as this monument is harassed in France for religious reasons. Pope Wojtyła is a son of the proudest nation, his brothers and sisters won’t allow for some leftist frogs to harass him to please some Islamic invaders. But, as usual, the story is completely different.

The story goes back to 2006, when in some provincial town in France a monument to the pope was erected. Monument like plenty of other, a bronze effigy of the John Paul the second in pious pose. If you never seen any, just go to Poland, you won’t have to look long, there is approx 1.4 monuments of the pope per county. But this is different in that above the statue itself, there is an arch with a huge cross. And the highest court in France, after a legal battle that took nearly a decade, ordered for that cross to be removed. Of course it has nothing to do with recent influx of Muslim migrants, moreover, it has nothing to do with any Muslims, it’s just such ostentatious religious symbol is agains the law from 1905 which clearly separates the state and the church in France and confines religious symbols in public space to religious buildings and grounds only.

It puzzles me how inconsistent Polish right is: it is a very big scandal when someone in France (for example Macron) dares to merely express an opinion about something in Poland, but they feel right not only to lecture others, but even to take away the things they don’t deserve in their opinion – in this case, the momument of the pope. It is not often that some provincial government manages to create a diplomatic scandal related to some even from another provincial town in another country, and yet here we are: the French embassy felt the need to issue an official commentary to the matter.

But perhaps if it’s suddenly OK to take matters of the other country into one’s hands then the French would like to help us out and celebrate the holy mass in the intention of Fascism-free Poland? As it’s not easy to do here. A local councillor from Częstochowa tried to order such a mass at Jasna Góra monastery, one of the most important Catholic sanctuaries in Poland, but the Pauline Fathers refused. She was given a holy picture and told that she would be better praying for herself. Allegedly there is no such thing as fascism in Poland, which is quite strange coming from the monks that host an annual “pilgrimage of football hooligans” during which masked skinheads hold banners with slogans such as “death to enemies of the motherland” and symbols of white power movement (see gallery here, see slides 3 and 39 for example). Perhaps the Pauline Fathers should pray to the Black Madonna of Częstochowa, so she would heal their eyes? Or hearing for example, as they propably missed the important information that this years pilgrimage was held to celebrate 75th anniversary of Narodowe Siły Zbrojne (National Armed Forces) being established. NSZ was a controversial nationalist partisan movement, that is now, as PiS tries to rewrite Polish history, being promoted to replace the Home Army (Armia Krajowa) in the pantheon of the national heroes.

PiS’s blitzkrieg in the field of the historical policits continues at the amazing pace. The newly opened, world class museum of the WWII is now being re-designed, as highly acclaimed modern narration was deemed “not Polish enough”. You see, the museum curators not only tried to show the fate of Poland on the backdrop of the world’s event, by which limited the space that could be used to promote some Polish heroes, but also focused too much on civilian suffering. And war is about the bravery and glory! So now, PiS is going to redesign the museum: it is no longer to be an important European institution. It has to be a proper, national and Polish museum. So I guess, it will simply become yet another bunch of nationalist propaganda covered with this patriotic-catholic-marthyrological sauce. And no open letters from 500 leading academics will change anything. (Not too mention such a petty issues like the fact, that design of the exhibition is subject to copyright).

It would probably end like everything PiS touches. The eagerly awaited, not only in Poland, groundbreaking modern museum would be changed into the propaganda tool that nobody likes to waste his or her time on, just as it happened to the public TV and Radio. Last year the viewership of the TVP’s flagship news program – Wiadomości – dropped by more than a third, a second, until recently, popular news program – Teleexpress – also lost nearly a million of regular viewers. And this despite the fact, that both of those programs are now broadcasted simultaneously at two channels (source). Polish Radio faces similar difficulties. In a recent attempt to keep escaping listeners and at the same time to weaken the competition, the Radio made an ultimatum to one of the few popular presenters who still worked there: a comedian Artur Andrus has been forced to choose between remaining at Third Program of Polish Radio, popular “Trójka”, where he worked for 23 years, or continue to host a satirical program in the TV station TVN, where he works since 2005. The plan backfired as Andrus has decided to stick to TVN and left the radio. This will probably be the last blow to “Trójka” and an end to an era. The station was created in early 1980’s in order to create a safety valve to the younger generation. For many people it was the only window of relative freedom, and so it gained a huge number of hardline fans of the station, who stayed with the station during the 1989 changes, ensuring it’s successful transition into the free media economy. For decades it was well known for quality musical and satirical broadcast and reliable journalism. For PiS to destroy such a legacy is, by many, compared to an ISIS fighters destroying historical monuments in Syria.

Of course if comedians or musicians can’t feel safe, the life of the journalist in the public media is even harder (unless they are ready to change into PiS propagandists, of course). Barbara Burdzy of TVP.info was not ready to bend her neck any more, and when her piece, inconvenient to Minister of Defence, was rejected, she published it in another internet portal. She was instantly sacked, despite the fact that in her contract there was nothing about that she has to work exclusively for TVP.

Well, nobody is surprised to learn, that there won’t be any critical materials about current government in TVP. But the fact that there is nothing about an investigation into traffic accident involving prime minister’s motorcade that happened last February is a bit more surprising. Another TV station informed, that the investigation has been prolonged again, as the prosecutors can’t get experts opinion. Well, could it that be, that it is not easy to find an expert witness willing to frame a young Fiat Seicento driver rammed by the government’s armoured limo in order to save government the trouble of explaining why it’s drivers drive like maniacs who have absolutely no regard for other road users?

But it would be unfair to say that PiS cannot achieve anything and is not open to the novelties. It seems that they finally managed to notice Poland’s position on a heavy-metal scene and decided to use this musical genre to promote our country. So, which metal band do you think they have picked for a government sponsored tour?

I guess difference in quality of their music is obvious even for someone who isn’t into metal at all, but as you might guess in today’s Poland the skills and qualifications are the least important thing. I placed those three youtube videos here on purpose. Have you noticed, that the last band has a Polish national flag attached to the microphone post? Well, there you go, the answer is obvious.

Musicians from Contra Mundum were present somewhere on the outskirts of Polish metal scene for years, but it was only when they decided to stroke that nationalist string by singing patriotic poetry and obscure soldier’s songs from 1940’s. That really made their career rolling. Their big breakthrough seems to be one day in 2015, when they played a gig on the event described on their webpage as “meeting of Beata Szydło, a PiS candidate for a prime minister, with residents of Bełchatów”. From then on, their concert schedule seems to be almost entirely filled with major gigs played at various patriotic events, anniversaries, unveiling of monuments and so on – as it happens, such events are usually organized (and sponsored) by either local governments, state institutions or right wing foundations (although, to be fair, they have also played some minor gigs here and there on their own). They also managed to record their second album under patronage of Ministry of Culture and with a help of the foundation run by the state owned energy company, and then another one, that was published by National Centre of Culture…. They were also commissioned to write songs for one of the patriotic movies and had their concert broadcasted live in prime time by the first program of public TV.

Recently, another strange thing happened. There is a little association with no history of activity (apart from staging a play of an amateur theatre and a gymnasium pupil’s drama club) and an amateurish website in Polish informing, that it aims to promote Polish culture worldwide. Suddenly this unknown organization wins a major grant from Ministry of Foreign Affairs. Their project was simple: to promote Poland abroad by a grand tour of Contra Mundum. The grand tour turned out to be three gigs in a minor venues in the UK. According to portal Vice.com, due to lack of promotion (let’s generously assume that someone would actually be willing to pay to listen to Contra Mundum) two of the concerts were attended by at best few dozens of listeners, and the flagship concert in London was cancelled altogether. Members of the metal scene, to whom Vice journalist had spoken about the matter, have estimated costs of such enterprise at 15 000 zł. And that only as an initial investment, as even by selling 300 tickets, bands are able to make a profit (and remember, we are talking about such niche musical genres like grindcore or stoner/doom metal). Meanwhile, Contra Mundum tour was organized at the expense of exactly 157 636 zł – this is how high the grant from the ministry was.

Beata Szydło has once said, asked where is she getting money to fund all of those PiS promises – “it’s enough to refrain from stealing”. Apparently they are very good at not stealing, since they can afford to splash money on some mediocre metal bands like that, pump money into public media that are at the verge of bankruptcy due to loss of income from advertisement and employ unqualified amateurs with a really cosy salaries in key position of state enterprises. But then, why is our budget deficit record high at more than 50 billion this year?

This piece was written for Britske Listy
Picture: CC.0 via Pixabay

One Reply to “Meanwhile in Cuckooland 45”