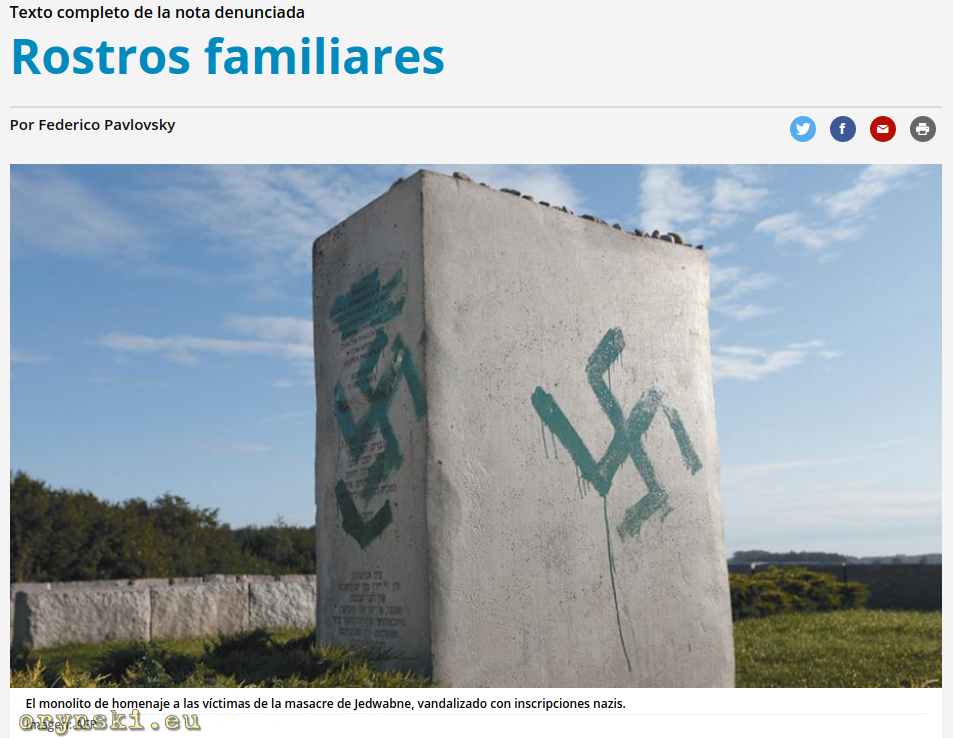 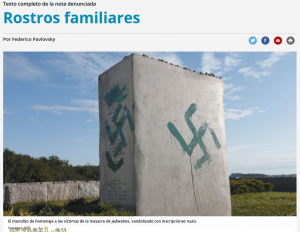 Remember, when in those secret recordings then minister Elżbieta Bieńkowska from PO said, that “only a fool or a thief would work for 6 000 zł”? Well, we might be pretty sure, that there are no fools or thieves in the new government: they won’t work for such silly money. Beata Szydło promised in her expose: “Humility, work, restraint and prudence in action – those are the rules to which we adhere”. Well, as we know, especially humility and prudence in action worked well, therefore Beata Szydło awarded herself with a bonuses totaling at 65 000 zł. That’s really humble, as some of her ministers received 10 or 15 thousands more!

Unfortunately, Beata Szydło refuses to answer the question what was so exceptional about their work. Some say, that those bonuses are to make it up for them for the fact, that Kaczyński had to shot down new bill proposing pay rises for the government due to public outrage, and they still wanted promised share for selling up their decency…

But perhaps it’s simply that ministerial salaries are too low indeed. Deputy prime minister Gowin confided to a journalist about how hard his life was when he served as minister of Justice in Donald Tusk government: “I swear to you, sometimes I was running out of money before the end of the month” he said. Median salary in Poland is about 2500 zł take home. People have to manage even on lower salaries. So I can see a few options here: either Minister Gowin is unable to responsible spend his own money – in that case he should not be put in charge of public money, should he? – or in the government of Donald Tusk, minister of Justice was paid well below 6000 zł, and so, if we believe Bieńkowska, minister Gowin had to be either a fool or a thief to work for such money.
Either way, he got really smart and sold himself up to PiS. His financial situation improved dramatically. On the top of his monthly salary of 19 000 pre-tax, he was awarded 65 100 zł of bonuses. And let’s remember, that as a member of parliament, his tax free allowance, set at 30 000 zł, is 10 times higher than this of the ordinary citizen…

But all this 1.5 millions of bonuses is pennies, compared to expenses of Ministry of Defence under Antoni Macierewicz. After he raised their credit cards limits to, I quote, “as per needs”, his subordinates spent 15 millions. Yes, 15 000 000. This is 7 times more than all other ministries put together (with the second price going to Ministry of Environment under Jan Szyszko – they’ve spend 1.3 millions). In another brave attempt to prove that he is crazy, when asked about those money by a Gazeta Wyborcza reporter, he answered that in his opinion there are no 15 000 000, but there will be, and then he changed subject to Cursed Soldiers. This short exchange was commented by his companion, who said “Surely this kosher paper will spread lies, as usual”. You can see it here.

But of course it is not only government ministers who have it so good in today’s Poland. A young associate of Jan Szyszko (although not as young, as those boys of Antoni Macierewicz), placed by him in a few strategic jobs, earned nearly half a million with a bonus of 75 000 as a cherry on the top of it. And nobody will be at loss, all the way down. A chief police officers from Wrocław, where a young man was murdered at the police station (see here), were dismissed from service with golden parachutes. Another police chief from the same town was this January found on the street, completely drunk, walking barefoot in the middle of a busy road. He was laid off, with a rebuff allowance of 45 000 zł, and, despite the fact, that just a weeks ago he went flying through his medicals related to the planned promotion (this was the reason of the party he took part of the night before he was found on the street), he landed at disability benefits. Well, I have to say, that is some hangover if one’s health deteriorates so significantly…

I wonder how much bonuses will those government drivers get – they’ve recently managed to immobilize presidential limo after driving onto a concrete kerb separating the traffic lanes from tram tracks in Kraków (yes, I know that we have neglected this topic in that series, but as you can see, nothing changes here). When we are at this, it’s worth to mention, that there will be no prosecution of the young driver of Seicento, that Beata Szydło’s limo crashed into over a year ago. The prosecutors found, that there is enough evidence to press the charges against him, but they don’t want to do so, opting instead for conditional remission. The fact is, that the evidence against the young driver is so stretched, that there is no way it would hold water in court…

But at least the problem with Jerzy Owsiak and his charity Wielka Orkiestra Świątecznej Pomocy is about to be solved. Jerzy Owsiak for years has been a thorn in the side of Polish right wing, for his ability to move masses and creating one of the biggest charity events in Europe from scratch (see more here). The new law on fund-raising should sort that problem out: according to it, the minister of interior will have right to decide if the purpose of fund-raising action is “against important public interest or in conflict with principles of social coexistence”. In that case, the charity will have 3 days to change the purpose of their fund-raising action, and if they fail to satisfy the minister, he will have right to seize the money and decide how to spend it. And what it could be? Perhaps another PR stunt, just like a recent action with trucks depicting slogan #RespectUs and informing, how many Jews were saved by Poles during World War 2, that rolled out onto the European motorways?

Of course such grass-roots actions are not the only things that going on on the Polish-Israeli front. There was a meeting of the parliamentary work group for the Polish-Israeli relations. During this meeting, of the 64 people allowed to vote, 96 voted to replace Michał Szczerba from PO with Jan Krzysztof Ardanowski of PiS as a chairman. PiS claims, that the vote was legal, as it’s MP simply felt a sudden urge to join this particular work group.

Meanwhile the new controversial law has been put in use for the first time. The legal action had been undertaken after an Argentinian portal Página 12 mistakenly illustrated their article about the pogrom in Jedwabne with the picture of the murdered Cursed Soldiers. Apparently despite all that storm in Polish-Israeli relationship, PiS is still unable to understand how the Streisand effect works, so the plan backfired. First, over a dozen other internet portals in Argentina have republished the same article, including the picture. Then, the portal Página 12 finally replaced the picture. The article is now illustrated by the monument in Jedwabne vandalized by neo-Nazis. Good job, PiS. Now everyone in Argentina not only know about Jedwabne pogrom, but also about that we still have problems with neo-Nazis. I am afraid, that we will have to send some of those #RespectUS lorries across the water.

PiS’ process of “getting up from one’s knees” was best described by cartoonist Bartosz Minkiewicz in the latest Tygodnik Powszechny:

I wonder, if we are still in phase 4, or already in phase 5? But who are those Cursed Soldiers? It’s a bulk term used to describe all those, who refused to give arms at the end of the World War II and went underground, continuing their fight against communist regime. The spectrum is wide – from Witold Pilecki, a war hero, who ignored order of the London Government in Exile and continued his intelligence work for allies (for which he was sentenced to death and executed by the Stalinist government), through some partisans, that simply held up as long, as they could, to war criminals like Bury, who carried de facto ethnic cleansing, murdering Belorussian civilians of Orthodox faith. There was also complete separate case of “Brygada Świętokrzyska”, a right wing military organization that refused to join Home Army and fought Soviets on their own, going so far as to cooperate with Nazi. Cursed Soldiers are a foundation of PiS’ new patriotism: they were opposing the Yalta agreement, a.k.a. Betrayal of the West, just as PiS and right wing opposes results of Round Table negotiations, which they consider betrayal of the Solidarity principles. 1st of March was proclaimed “National Day of Cursed Soldiers” in 2011 and since there, it has become yet another occasion for the young patriots to shout their favorite slogans like “kill all leftists” etc, while top PiS politicians compete as who can make more lofty and inflated speech, praising those heroes and comparing their political enemies to those, who hunted the anti-communist underground in 1940’s.

As usual, such nationalists events are protested by left wing activists. In the scary example of the impunity felt by the neo-Nazis, a group of peaceful protesters was attacked by a group of masked men when they were interviewed live by one of the TV station. Police has intervened instantly, separating the two groups and allowing the attackers to disappear in the crowd while forcibly restraining the victims of their aggression.

Annual march to honor Cursed Soldiers was about to take place in London as well, but the event was banned by the local council. Right wing media try to use it to show how anti-Polish the English are, but my quick investigation showed, that the Polish patriots are the only ones to blame here: the event was considered high risk after during last year’s celebration illegal show of pyrotechnical flares created a cloud of smoke that caused risk and traffic problems on the nearby A40 trunk road. The fact, that a year ago Polish patriots left Polish War Monument and it’s surroundings covered by litter did not helped to establish a good relationship with the local council…

But the Polish internet in the UK is full of outraged voices. Polish diaspora feels that it is yet another instance of anti-Polish sentiments, present in the UK for many years. But isn’t it the case of pot calling kettle black? I happened to stumble upon the article about Ukrainian truck drivers, who work in the Polish transport industry in their hundreds today. The piece slags Ukrainians for being bad drivers, unable to adhere to superior Polish standard of professional trucking. And the comments are even worse. I had a strong feeling of deja vu, as I myself came to the UK to work as a truck driver, and I heard it all before – except that it was about us, Eastern Europeans and it was coming from the Britons.

But what those Ukrainians can do to prove, that they can drive not worse than their Polish counterparts? Should they take an example from our best drivers, like rally champion Krzysztof Hołowczyc? That might be a bad idea, as he was just banned from driving for three months after being stopped for speeding again on his way to the road safety conference. But perhaps at least he will have more time to give his lectures on safe driving now?

One Reply to “Meanwhile in Cuckooland 60”