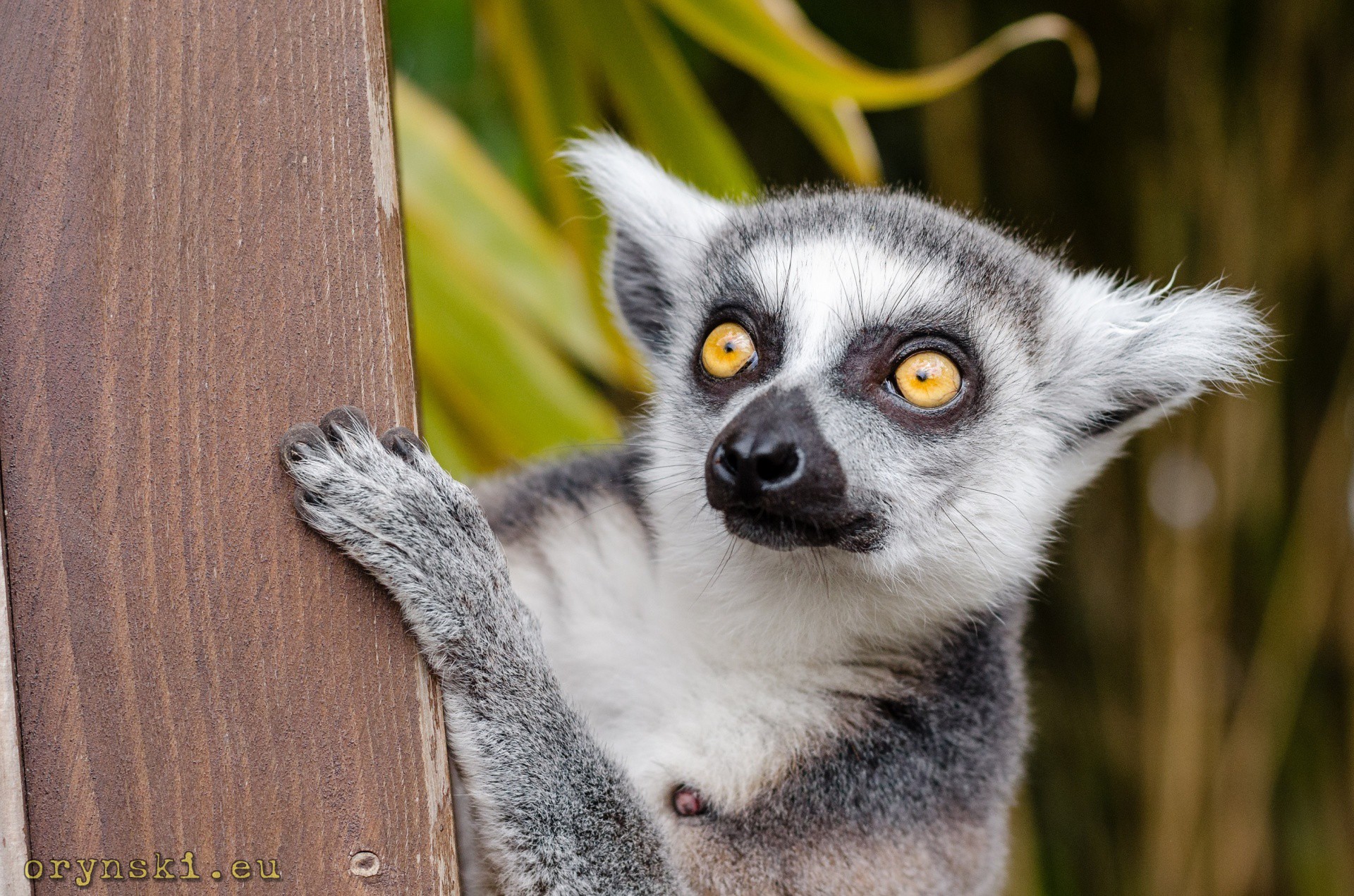 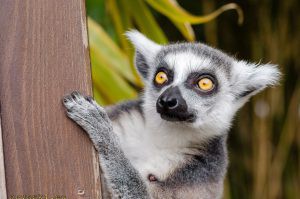 “Let’s act quick, before we realise it makes no sense!” – this is one of the most famous quotes from Julien, the king of lemurs from the popular cartoon Madagascar (at least from the Polish language version). This seems also to be the tactic chosen by the PiS government to tackle a PR disaster that damaged perception of Poland beyond repair. And then, on the top of that, add usual clumsiness and lack of professionalism, and here you go: damage control, level PiS.

The gaffe comes after gaffe, disaster follows disaster. Let’s just look at this tweet from Ministry of Foreign Affairs, when they claim that “a meeting of a team for the dialogue with Israel took place”. The tweet was since removed, probably because a bunch of PiS people having a teleconference with another PiS people was not too convincing. I am no expert, but in my opinion, the best way to have a dialogue with Israel is, I don’t know, like to invite some Jews to participate in the conversation? But to do this, the date of the first meeting might be better not set on Sabbath…

Prime minister Morawiecki recorded an address, that was then published on Youtube. If you’ve decided to watch it in Polish with English subtitles, you might be surprised to see, that he claims, that Death Camps in Poland WERE Polish. But no, he did not say anything like that. It’s just that Polish government, who is happy to waste money in every way possible, decided that it would be a great idea to save money on translators and trust Youtube’s automated systems of speech recognition and translation to deliver that important message. They still seem to be unable to see where they cocked up: they blamed Youtube, Youtube and it’s owner Google apologized, so it’s OK. Especially, that there was also an English speaking version of this address, in which prime minister Morawiecki did not claim such utter nonsense when it comes to Death camps in Poland. When it comes to other things, though… This version of the address had to be edited, after people pointed out, that contrary to what Morawiecki said, the murdering of the Polish officers in Katyń was not committed by Germans, but by the Soviet Union…

No wonder, that PiS is desperate to fix the damage they have done. I live abroad, and when browsing the internet, I saw an ad, on which prime minister Morawiecki tells me that Death Camps in Poland weren’t Polish. The same one:

1. This ad appeared in the Facebook feed of a friend who lives in California pic.twitter.com/sXUkTsSf1V

I fail to see how having that ad popping up from time to time is to fix perception of Poland abroad, but I guess we might announce that we have made an achievement. Prime minister Morawiecki is probably first European prime minister in Europe to have his message delivered together with the information about best app to date lonely UK women, the best way to get rid of your wrinkles, the sponsored news about the guy, who is hated by the bankers after making fortune on Bitcoin investments and special offer on holidays in Morocco. Is that the “right place for Poland in the international discourse” the Polish right wing believe we deserve?

And I don’t think it is even relevant, as no matter how much of taxpayer’s money Polish government would spend on that advertisement, they would have a hard job to tackle the damage done by their own people: I saw the advert with Minister Morawiecki only once, but this clip from state controlled TVP, in which chief of second channel Marcin Wolski and a right wing publicist Rafał Ziemkiewicz joke about “Jewish concentration camps” flew through my twitter feed at least a dozen times:

“Those weren’t German or Polish camps, but Jewish camps, because after all, who was operating those crematoria?” – says Wolski.
“And who was dying in them?” – adds Ziemkiewicz.

And this is a satirical program in a prime time on the public broadcaster. In Poland, AD 2018. I’ll let that sink…

I am afraid that the relations between Poland and Israel, badly damaged during anti-semitic battue in 1968 and only recently repaired, are now shattered to pieces. We will have to start from scratch, and it won’t be easy, as Polish anti-Semites now feel it’s their duty to fight back “Israeli oppression”. They do it by flooding social media with examples of all crimes committed by Jews and the state of Israel, no matter if it’s in any way relevant to the topic. Right wing publicists, like Ziemkiewicz, call their Jewish adversaries “scabs” and ex-priest Jacek Międlar (the one that was kicked out of Polish Catholic Church for being a fascist and racist) started selling T-Shirts with a slogan “I won’t apologize for Jedwabne”, despite the fact, that this slogan was in 2013 found by a court to be example of a hate speech. And if the Polish anti-Semites went out of control, there is no wonder, that the similar situation happened on the other end. As reported by some Polish media outlets, a group of Polish tourists in Israel have been attacked by an aggressive man who threw stones at them shouting “good Pole is dead Pole”. And so, again, Polish government made the life of the Polish citizen easier and safer. Thank you, PiS!

Jarosław Kaczyński is often quoted to have said that “there aren’t any queues to see a doctor, I would know, as I go to the doctor, and I never have to wait”. While I failed to confirm that this quote is true, it seems that if he really said that, he could be right. It seems that we are already at this stage where “all animals are equal, but some are more equal than others”. The portal Oko.press got a tip from the reader, who claimed that in one of the hospitals members of the government are not only allowed to skip the queue in order to use medical service, but also they have the whole 5-patient unit for themselves when using it, forcing “ordinary” patients to wait even longer, despite that everyone had the same kind of appointments. The journalist have decided to call the hospital pretending to be a patient who fell victim to this occurrence and demand explanation. The answer was “it’s the law”. The journalist pushed further, asking about the exact regulations that give those privileges. The answer was shocking:
“This is a government hospital, so those people are our bosses. If you are going to dig too deep, there is a CCTV in there, it will record you nicely and you will have to go to secret services to explain yourselves”.
Yes. A concerned citizen who tries to find, if the people in the government don’t abuse power is threatened with special services.

And this is not the only way you might get yourself in trouble. For a few years now, residents of the Dobrzeń Wielki on the outskirts of Opole protest against the city of Opole annexing part of their parish: the stake is high, as the grounds in question are occupied by the huge power plant and taxes paid by the energy company constitute a huge chunk of the parish income. But the city of Opole is where deputy minister of justice Patryk Jaki is from, and he needs this money to help finance promises he gave to his constituency, so the change was put forward despite the fact, that in public consultations 99.7% of the people in question were against being swallowed by the bigger neighbour.

One of the activists was accused of “public incitement for crime”. He was arrested by the four police officers, who handcuffed him and then searched his home. After initially being given a fixed penalty, he was found not guilty by the court of higher instance, but his privacy was violated already. And what was his crime? He placed a post on the Facebook page, in which he encouraged people to call minister Jaki on the phone number minister himself posted online some time ago in order to allow people to contact him directly.

The case of Dobrzeń Wielki is not the only situation in which PiS ignores the will of local people in order to interfere with local matters. In Łódź, there is a constant struggle about the name of one of the squares. It was called “A victory square” but the province governor was of the opinion, that this name should be “de-communized”, as it refers to victory in Second World War, and since Poland was “freed” by the Red Army, it is nothing to be celebrated. He changed the name of the square to (yes, you’ve guessed!) Lech Kaczyński square. The local government then made a decision to return to the original name, but this time the “Victory” would be referring to victory in Polish-Bolshevik war in 1920. The province governor contests this decision as illegal, and the matter is now in court as a dispute over competences. So much for the PiS government listening to the will of “its sovereign”.

Unfortunately, the science is also against PiS. In their attempt to please Catholic Church, they scrapped government-funded programs of in-vitro fertilization, offering an alternative method – so-called “naprotechnology”, a system of observing woman’s natural cycles that, by definition, cannot be considered to be a treatment for infertility. The program turned out to be a total failure – while it’s believers claimed the success rate to be at about 20%, in reality, only 7% of women taking part in it conceived a child. What’s next – switching Polish farming to Lysenkoism?

Luckily the government is no shy of modern technology when it comes to hunting, and so the new plan to tackle pig’s disease by shooting all the wild boars is about to become a great success. For hunters, that is, as they will now most likely be allowed to use night vision devices and drones in order to kill animals. And then, when the habitats will be cleaned of our own wild boars, the infected ones from Belarus and Ukraine will be able to migrate into Poland and bring even more disease, thus making work of hunters even more crucial.

And who is paying for all this crap? Taxpayer, as usual. And PiS keeps finding new ways to milk the citizen: this time they have introduced the tax on rain. It will be paid by the owners of big buildings that take more than 70% of the plot if there is no rainwater drainage in the area. Only churches will be exempt from paying the rain tax. Because under PiS government, the Sun is always shining over Polish churches.

This piece was published in Britske Listy
Picture: Public Domain

One Reply to “Meanwhile in Cuckooland 56”