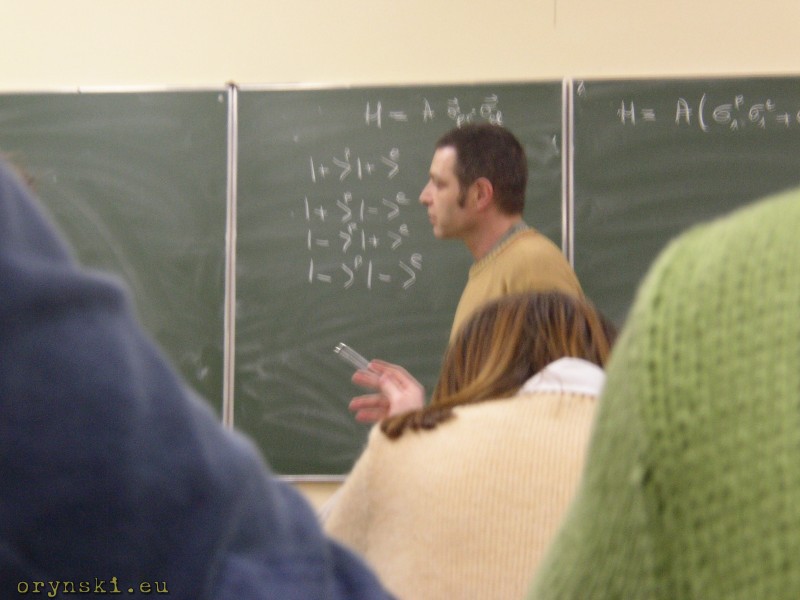 This article is in response to Amy Mackinnon’s article on graduate employment, ‘Never had it s good?‘

Amy Mackinnon’s recent piece on graduate unemployment provoked discussion amongst me and my Polish friends. Some said “what’s the point of publishing this, it’s nothing new”. But although it might be old story for all us Poles, it is definitely a new challenge for our British colleagues. I read the article with interest but my first thought was “welcome to real world, Britons!”

​It has been said that the present generation will be the first since World War Two to be worse off than their parents. But whilst this may be true for Western Europeans, we in Eastern Europe enjoy an ocean of opportunities that our parents could only dream of, indeed Amy’s solution of going abroad in search of better prospects would have been unthinkable for our parents. So, as they say, you point of view depends on where you come from. Polish graduates have long had to struggle with a lack of jobs, underemployment and working on junk contracts and yet they still appreciate their situation, as unlike their British peers, when they compare their life to that of their parents, they see how much better off they are.

​Inspired by Amy’s description of her friends’ post-graduation life, I started to wonder where my colleagues from my time in university in Poland are now. I had a similar reunion last summer during my visit to Wrocław and am also in touch with many of them on-line. To my surprise, I realized that most of my friends got a good job quickly and relatively easily. I started to wonder why that is, and then I realized that there is one factor that Amy hadn’t considered.

​Although I have now switched to the dark side and like Amy I am about to become Master of Arts in international studies and languages,  in Poland I studied Physics and Astronomy. A surprisingly high percentage of those I studied with in Poland have since pursued a successful career in their chosen field, either as physics teachers or PhD student. Those whose work has nothing to do with physics or engineering do so through choice. A substantial portion of them emigrated to various countries within EU and beyond and many of them ended in Britain or Ireland. I have to say that on average, my Polish graduate friends in Britain have much better jobs and live much more comfortable lives than my British graduate friends.

As Amy says, her graduate peers are a of bright bunch of people, it’s just that there is not much demand for what they graduated in. My Polish friends are mostly physicists, there is one chemist, a few engineers and one biotechnologist – most of them have well paid jobs, some of them have already bought houses, most of them drive fancy cars and regularly enjoy exotic holidays. Despite the fact that the best Polish university is significantly lower in international rankings than Glasgow University, where Amy recently graduated from, the demand for scientific minds is so high that there is no problem for them to find work even in the UK.

​The worrying vision of the future painted by Amy needs to have one dimension added to it. We live in highly technological society, and although it is possible to be a ground  breaking engineer without knowledge of philosophy or Scottish poetry, nowadays it is virtually impossible to have even a mediocre impact as poet or a philosopher without technology. The Internet is at the core of today’s science, culture and business. And there is no internet without programmers, web developers, IT engineers and network specialists. That’s why I have never seen an unemployed programmer, yet I see more than my fair share of unemployed philosophers or journalists. Yet still in both Poland and UK, young people often tend to choose fields of study that are less challenging.

I am aware that I am poking at a wasp nest in the never-ending battle between the arts and sciences, but as a person who has studied both in my life, I can see why reading fascinating books about social changes or politics is much more appealing than nights spent calculating matrixes, integrating and differentiating various functions. However, whilst my science-graduate friends are still able to discuss politics and literature, my friends from the arts don’t even have a rudimentary knowledge of basic modern physics or biology.

Of course I am not suggesting that we all drop whatever we are doing and run to study the topological features of Banach space. I myself decided to leave science to the true eggheads and study something I feel more comfortable in. But there is problem of proportions. Nowadays people fascinated with medieval poetry can go a study it, while people passionate about quantum electrodynamics purse that in science faculties. Nothing wrong with that. The problem is that there is that huge group in the middle, thousands of young people who are not really sure what they want to do with their lives. During my time on the editorial team of a large student newspaper, more that once I heard from young wannabe journalist: “I didn’t have any particular interests, so I decided to study journalism”. With these graduates flooding a market already in decline, is it any wonder that most graduates of journalism and media studies, if they’re lucky, end up as press officers or writing marketing pieces or irrelevant content to stuff the gaps between adverts?

And the trend is even more pronounced in Poland, where its mediocre unviersities and colleges churn out several thousands of sociologists, political scientists, journalists and marketing specialists that there is little demand for. This is likely the fault of the European model of education, where maths and science is neglected to give way to the arts and humanities. And it only gets worse. Ten years ago, I was training to become a physics teacher, and there was a very popular joke amongst the other trainees, which summarizes the changing education system:

“There is a sample question from maths exam paper. In 1970 it read:

A lumberjack sold timber for 100 pounds. His costs were 80% of that sum, calculate his earnings.

2000 – An ecologically unaware lumberjack was cutting trees in the old forest. With your colleagues,  prepare a short drama portraying how the forest animals may feel about it that.”

And recently I saw an updated version of this joke:

​Whilst in Europe, education is increasingly favouring the arts and humanities, in Asia, the opposite is true. This can be seen even in Glasgow University. Faculties such as History or Modern Languages are predominantly filled with European students, but across the road the Science and Engineering departments fast becoming dominated by Asian students.

When you compare the western educational focus with that of the Far East, it paints a worrying picture of the future. Yes, today’s European youth are tomorrow’s leaders and thinkers, but there need to be something to lead and somewhere to think. Only highly developed countries can afford the luxury of spending their money on research in the arts, literature or music. However those that fall behind in our technological world become simply a cheap manufacturers of goods invented elsewhere. Therefore only by staying at the head of this race, can Europe assure a bright future for its youth, and this can only be done only by providing a truly balanced education from the earlier years, with both science and the humanities. Only then can Britain (and Europe as a whole) free itself from the fact that industries are screaming out for scientists, whilst thousands of arts graduates serve burgers in fast food outlets.