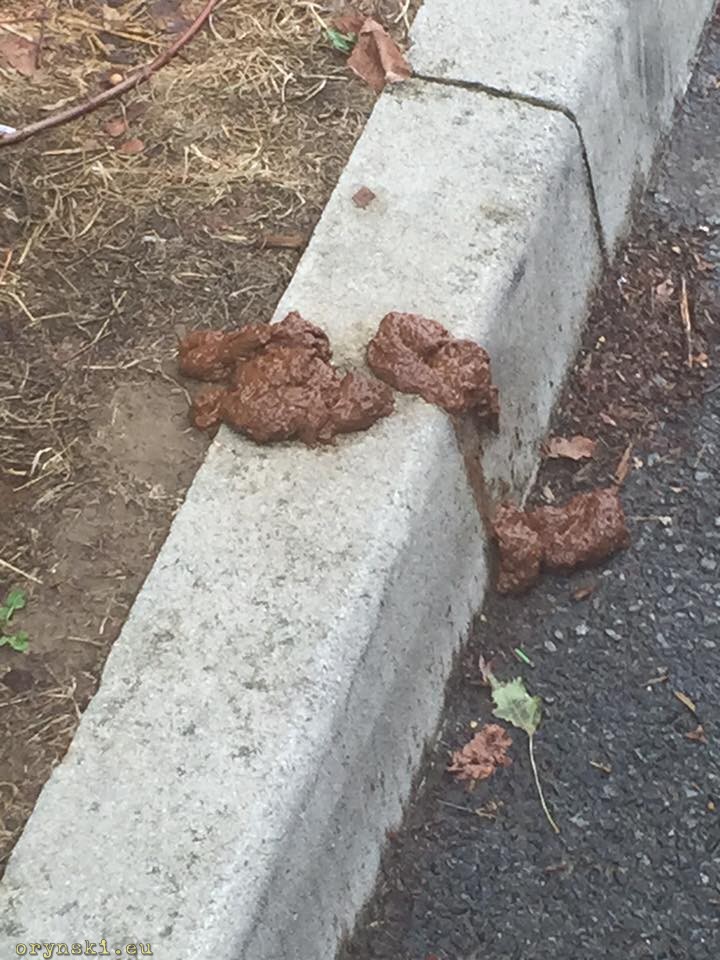 Although it was probably no surprise to anyone that today’s „Polish strike” turned out to be total failure (on demonstration outside Westminster journalists strongly outnumbered protesters), the frustration of some Poles is a fact. Some Britons cannot really see why, after all we are free to settle in this country and are treated nicely and seen as equal. Or are we?

Polish topics are almost non existent in British media, unless of course we count some scaremongering that is a specialty of Daily Mail and Nigel Farage. But what about actually bringing Polish culture and matters of the Polish community to the British public? I am a keen listener of BBC4, I am listening to it almost every day while at work and while there is plenty of programs, from reportages to comedy I dramas, involving minorities, they are usually Asian or African. Meanwhile Polish voices, despite Polish being second most widely spoken in the UK, if heard somewhere apart from reportages showing “how big problem to the local community Polish influx is” can be heard only in marginal roles. I only remember some lazy Polish chief in one of BBC 4 comedy series. And then there was that homeless bum in one of the epizodes of Spooks. It’s not really the best representation of the wide community of Polish expats in the UK, isn’t it?

The Facebook of most Poles in the UK who usually have many British friends still looks pretty much the same. Apart from recent post by Nigela Lawson praising Polish cuisine, Polish context can be found mostly in less pleasant situation. On my today’s Facebook, the Polish-related discussion accompanied this picture:

This, according to its author, is a picture of what certain Eastern European driver left behind after briefly stopping in one of French car parks. I am all for naming and shaming people who deserve it, regardless of their nationality, but the discussion quickly drifted, as it often does, into general slagging of Eastern Europeans.

If we believe the observations of the people who work for the transport industry, the majority of Polish truck and van drivers have major hygiene issues, making a journey with them in one bus, that carries drivers in the Channel Tunnel terminal, really uncomfortable. But come on, most of us Poles, met much more Poles in our lives than our British associates, and we know that surely it cannot be true. So how it is, that they see us this way?

Let’s look at your average Polish driver for a start. Unlike their British counterparts who are easily able to earn 100 pounds per day when on European journey, many of them get about 500 pounds per month. Which might look like not bad money in Poland, but they have not only to feed their children back home, but also survive during long weeks of tramping across Western Europe. Top that up with the fact, that they are often charged extra for every single kilometer they drove their vehicle on their private business (for example to car park with at least some minimal facilities, or to the supermarket), no wonder then, that you often see them parked up in some dirty roadside lay-bys. Also, if you earn 20 pounds per day, spending 10% of that to take shower in the roadside garage is not an easy decision to make. It is also hard to take enough clean clothes for four weeks if one has to squeeze all his belongings into the cab of Renault Master or Fiat Ducato with a tiny sleeping pod on the roof. So we can see, that to keep a decent level of personal hygiene might be much more challenging for this driver than, for example, for his British counterpart, who not only can easily afford to drop few euros to take a shower, but also often spends his nights in the hotel and rarely spends more than a week away from home.

Still, this is not an excuse for completely abandoning matters of personal hygiene, especially that tank of water with a tap is almost a standard feature on the Polish vehicles. But we have to admit that there are some drivers that not exactly smell of roses.

Now let’s move from the observed to the observing ones. For an international driver, the easiest place to met an eastern European is the Channel Tunnel bus mentioned above. Nowadays there is nothing unusual that half or more of the bus occupants are Eastern European. Bus is small and crowded, so just one stinky person can spoil the journey for everyone. And if our average British driver stands in one corner of the bus, and looks towards the other corner, where Eastern European drivers stand and feels unpleasant smell, will he go across the bus and smell every single one of them to see which one or how many of them stink? Or will he just be happy with the general conclusion that “Eastern Europeans smell bad, because they don’t wash themselves?”

Of course nobody in his right mind will go towards the smell and smell every man who stands in that general direction of the bad smell, so they will go for the latter. Especially if this experience will be repeated quite often. He will not try to analyze the situation along the lines “Ok, there is 10 Polish driver every time I am on the bus, and there is someone stinky amongst them very often, so there have to be some of them who don’t wash. If there is one every time I am on the bus, then the number of unwashed Polish drivers will be 10% of the total”. No. They will just settle with the simpler conclusion: “Everytime I am on the bus with Poles something stinks. Therefore: Poles don’t wash themselves”. Especially, that this will just support his confirmation bias.

Because there is third aspect to this matter: British public already have a general opinion about foreigners and it is well rooted in the British culture. Therefore, they are not interested in learning more. It’s just enough to look at the British papers, there are barely any information from other countries compared to, for example, Polish papers. This is true across the whole range, from tabloids through posh papers for intelectuals to magazines. One known Scottish journalist told me once in unofficial conversation:

“The British papers write about stuff that is going in non-English speaking countries in three cases:
– when the events are so important, that simply cannot be ignored
– when something happens to British expat/tourist/soldier
– when there is an opportunity to show, how stupid other nations are”

After the years of reading the British papers I can see, that this is nail on the head description of the problems.

But the press is not the only thing that shapes British attitude towards Eastern Europe. This part of the continent is just a carta blanca for most of them. While there were some relations with other European countries during cold war (after all even Beatles were singing “Sie libst dich, yeah yeah yeah” or “Komm, gib mir deine Hand”), Poland and other countries of Eeastern Bloc were insulated behind the Iron curtain. Today everything has changed, but British mainstream completely cut itself out of foreign influence. Don’t believe? Just think: where was the last time you heard German, Italian of French song in a British radio station? And if you do, it is propably some old hit from 60’s or 70’s. And did you ever heard Polish, Czech or Bulgarian song in a British radio station? There you go.

No wonder, that many Britons have absolutely no idea about all things Eastern European. Just recently my friend was going to Poland for holidays and her English boyfriend was running to the last moment buying some clothing, as he did not wanted to believe, that he can buy a decent clothes in Poland… We were joking that they will propably have to pay a small fortune for an extra luggage when he decides to take a bag full of Heinz Baked Beans and Baxter’s Tomato Soup with him…

Last but not least there is an historical background. For centuries if Englishman was going abroad, he was doing it as a conqueror and colonist. The mighty British empire was build on slave trade and later at the expense of the colonized countries. For my British friends, reading Karen Blixen’s “Out of Africa” is just a nice memoir of the good, old times their Grandfathers were telling them when they were young. For a Polish reader it’s an outrageous bunch of racist slander against local people written by the member of the privilleged elite of a British colony. But Poles know real Africa from the books of Ryszard Kapuściński or Kazimierz Nowak who could only dream about experiencing Africa in such a bubble of luxury as average British traveller would do – Kazimierz Nowak was crossing Africa alone, on his bicycle during 1930 crisis, hoping to support his family by selling his reportages to the press. He often had to rely on the hospitality of the local people. Today, British empire is long gone, but this unablility to see other people as equals sometimes still sits somewhere in the back of British heads.

So since majority of Britons know next to nothing about former Eastern Bloc countries (many haven’t even noticed the separation of the Czech and Slovak states nearly 25 years ago), they build their opinion based on the little information they have. Historical aspects of portraying citizens of the communist countries as a second class citizens of the world resonate with those old residues of colonial mentality. This bias leads to search for the confirmation of this assumption, and, since citizens of Eastern Europe are people like everyone else with all their flaws, it’s not hard to find one and and since they are not interesting in getting to know more about foreign cultures, for many that settles the matter. And let’s remember that Britons aren’t really people who easily change their ways: let’s not forget that while everyone agrees that having separate taps for hot and cold water is stupid, nobody does anything to change it, because “it was always like that” 😉

The bias is so strong, that even supplied with strong evidence, they will often still try to bend the facts to their beliefs. It just happened that today I had one of those situations:
I was working as a van driver and arrived with my delivery to a destination point. Company next doors was just loading stuff to a Polish van, an old shape Renault Master.
– “Well, I feeel sorry for that poor sod, who has to drive this old banger” – said a forklift driver to me.
– “Why?” – I responded – “This van seems to be maintaned very well. I bet it drives better than many British vehicles”
– “Come on!” – laughed forklift driver, who, since I arrived in British vehicle and spoke fluent English assumed that I am British as well – “Commies don’t know what a proper service is. It will take ages before they will be able to meet British standards!”
At this point, I informed him about my nationality and invited him to take a peek into my cab. I told him that this van belongs to a British company and that I am having constant issues with them about the condition of the vehicles they ask me to drive. Then I switched the ignition on and watched the slight confusion on his face when he saw this message displayed on the dashboard: 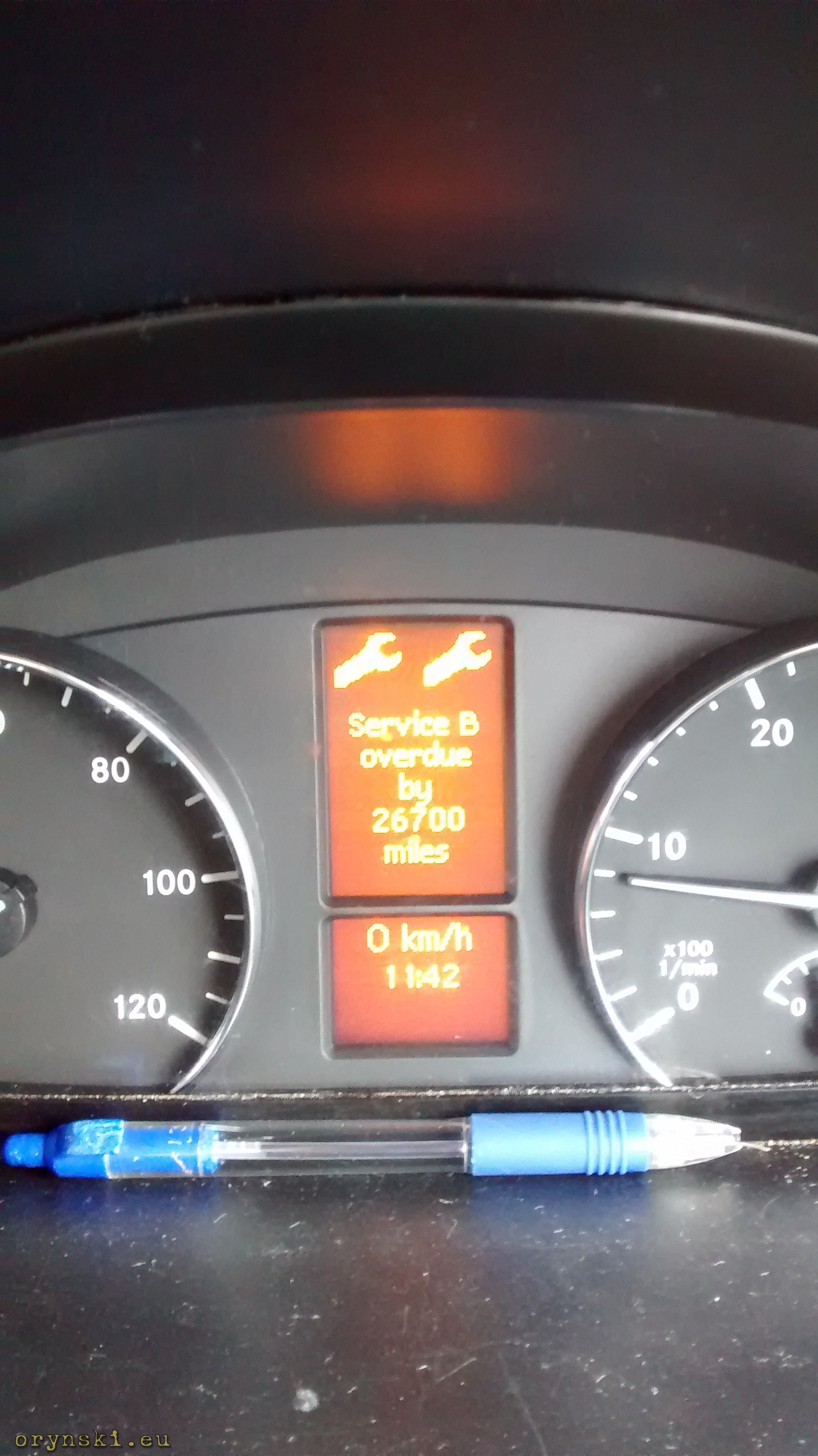 But his brain quickly managed to overcome this uncomfortable obstacle that was spoiling his worldview:

– “Ah, you see what I am talking about. Obviously your company uses Polish mechanics as well!”

Wouldn’t you get frustrated having to deal with such mentality on a daily basis?

Scotland allows Poles like me to have our dream lives

One Reply to “Why Poles in UK get frustrated.”