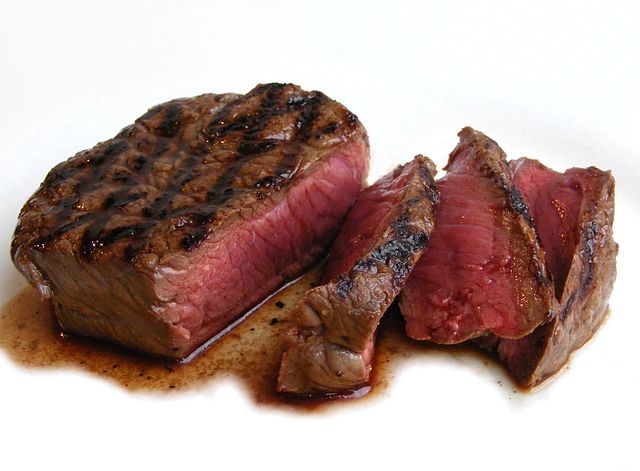 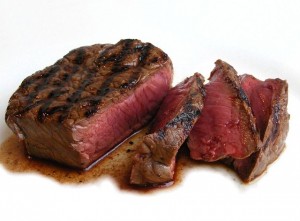 The Internet is full of radical activists fighting for the better future. They are trying to convince us to abandon crude oil in favour of renewable energy, to go vegan or to stop wasting food. And of course more difficult it is to introduce certain changes in real life, more of them remains in the phase of keyboard warriors. Yet still some people actually do change their lives and start behaving in more responsible way: more and more people go vegetarian in hope to stop suffering of animals. On the street it is nothing unusual to see a hipster mom pedaling on her cargo bike with couple of kids in the box in front of her. And they deserve our respect. But it is possible for everyone to dramatically change their lives overnight?

Imagine that from tomorrow onwards everyone on Earth goes vegetarian and opposes animal slaughter. Farms immediately go bankrupt and billions of farm animals suddenly have a chance to enjoy free-range life for real. Nobody even tries to kill them, and even if they wanted it still costs money and slaughterhouses make profit from selling meat, for which is no longer a market. Even if it would be possible to ensure that they won’t breed any more, there is still a problem with the current generation: since they aren’t slaughtered as soon, as they grow big enough, suddenly for every human in the planet there is several ex-farm animals. And those aren’t wild animals. Those are results of many centuries of selective breeding, a living meat machines who’s main feature is to eat and grow as big as possible.

Soon, all crops, and even the flower bed in your local park, disappear in the depths of stomachs of the millions of cows and lambs. Soon, the humanity that suddenly has to compete for it’s food with billions of ex-farm animals face the hunger problem. The growing problem of dead animals (as many of them, like boiler chickens, are so degenerated by the industry that they are unable even to walk, let alone seeking their own food) does not help with keeping the population healthy. Carcasses lying everywhere start to spread diseases, that are hard to fight, as farm animals are often stuffed with steroids and antibiotics, so after they get out from the isolated farms, they spread germs that are prone resistant to modern medicines. This is not really a tempting vision, is it?

Therefore it seems that it would be better for everyone if not of all of as go vegetarian straight away. So don’t listen to vegewarriors who will look down at us, blaming us for being selfish and calling us sadists and murderers. After all eating meat don’t have to mean that we don’t care about the welfare of the animals: on the contrary, if you still eat meat, you have real influence on how the animals are treated by farmers.

Pay attention to where the meat you are buying is coming from. Do check certificates, that often (as in case of organic for example) guarantee, that apprioprate standards are observed. Make sure that the meat does not come from ritual (halal or kosher) slaughter that cause unnecessary suffering. Consider if instead of chickens that are bred in animal equivalent of concentration camp, it won’t be better to eat more beef and lamb, as those animals at least till very last moment enjoy a pretty good life, grazing in the hills somewhere in the countryside. Whenever possible, support your local farmers and enterpreneuurs by buing at the farmer’s market or at local butchers instead of going for the factory produced meat available in the suppermarket.

It’s worth to consider if we really need our every sandwich to have a slice of ham on it. Especially if this “ham” is a para-meat product from the supermarket containing salted water, soya and various kinds of “vitamine E” distinguished by three-digit numbers. Of course, meat from trusted sources will be more expensive, but at least you will know what you eat. And remember, you can always replace processed food by better product without much hassle. For example instead of paying over three pounds for four slices of “topside of beef” in your supermarket, buy a beef joint and, after spicing or marinating it to your taste, put it into your own oven. In result at a price of about 10 pounds and 20 minutes of your work, you will have a load of tasty roast beef, ready to be sliced and put on your bread. It will be enough to make sandwiches of one or two loaves of bread, it will taste better and stay fresh for longer.

But, anyway, do you really need to eat ham and steak every day? Before the era of industrial farming with no regards for the welfare of the animals made cheap meat products widely available, such treats were a rarity. Our grandfathers often were able to eat a steak only once a week. From the other hand: nothing was going to waste. They were eating dishes such like tripe, tongues, hearts, black puddings, haggis or salcesons and various pates. But what pates they were! A real treats, culinary pieces of art. Not this grey pulp that we nowadays get from the supermarket in tiny plastic containers saying “20% of mechanically separated meat”.

Today everyone looks for the better bits such as sirloin steak or back bacon. Even mince has to be made from the “better” parts of the animal. Nobody even looks at the dishes that were part of our grandfathers everyday’s life. So the lesser parts of the animals are processed into some meat-related products such as sausages or hot dogs. Really, most of these products have not much in common with real meat and replacing them with cheese or vegetables will only be good for our health. And what if you always cooked some meat for your dinner and don’t have any ideas? Well, look into vegetarian internet, they have plenty of cooking recipes allowing you to easily and cheaply prepare a healthy and balanced meal.

Similarly if you are concerned about climate change, you don’t need to scrap your car or splash out for Tesla right now. It’s rather unreal that we all give up cars petrol or diesel powered cars overnight and switch for bicycles or cargo bikes. Public transport or electric network would also be unable to copy with so extremally increased demand. But there is still something we can do. Think: do you really need to drive a big car? I bet that vast majority of Range Rovers never went off the tarmac further than to park on grass when all the parking spaces in the local golf club were occupied. I know, it’s nice to drive a car with V8 engine that does 15MPG, but is it really a necessity, even if we need a big car for our big family? Some people are just petrolheads, but for most of us car is just a mean of transport, do we really need to drive a SUV?

A small, city car, can easily carry even a small family (after all, if your kid is 3 years old, how much leg space it needs in the back?), your weekly shopping will easily fit into it’s boot and it will take you for a camping weekend out of town without a problem. If your boot is not big enough, you can always place a roof box on the top of it. Small dimensions also have some advantages, for example if you live in places such as Glasgow West End, you might be able to find parking space closer to your flat, saving you this long walk with the bags full of shopping when the only parking space was three streets away. And if you drive a small car with an 1.2 engine that uses 40% of fuel that your average V8 would burn, your fuel savings are just a start: just check how much set of tyres for Yaris costs and compare it with the ones for Toyota Land Cruiser. So even if you really need a big car to go for your holidays, don’t worry. For the money you saved on tyres only, you’ll be able to hire a Vauxhall Zafira for about 10 days!

And suddenly it turns out that to dramatically reduce your carbon footprint, you don’t have to be a hipster who goes everywhere on his dutch-style bicycle. Especially that such person would propably drive a small car like Mini or Vauxhall Adam anyway, so if he gives it up, the humanity uses 6 litres of petrol less for every 100 km travelled. But if someone who drives Toyota Land Cruiser swaps it for mini, then his fuel usage for every 100 km travelled suddenly drops by nearly 10 liters. So two people swapping their big SUV for small car does more good for the planet that one person who gives up a Nissan Micra altogether.

And if you want to do something good for the planet and the humanity, there is plenty of areas in which easily you can change the world for better step by step. Of course it would be cool if people were ready for some radical changes, but let’s dont fool ourselves: it won’t happen. And, as in our example with mass vegetarianism, sudden and radical changes would not necessarly end well. But don’t worry, we still can make a change. Every little helps:

– you can take a 15 minutes walk instead of 5 minute car drive.
– you can stop buying cheap clothes in big brand shops. Yes, I know, the shirts that aren’t made by slaves working 15 hours per day for less than a dollar are more expensive, but usually they are also of better quality and last longer.
– you can take your holidays closer to home (I know, it’s not really possible if your dream is to backpack across New Zeland, but if your only requirement for the holidays is a sun and a beach near to your all-inclusive hotel, then they all look the same anyway, you don’t really have to fly across the globe)
– even fighting the food waste does not require you to become a freegan and dive into waste containers in search of your dinner. It’s much simplier: just stop wasting food!

Every one of us cannot really do much and not many of us can take part in the revolution. But if everyone of us starts from changing our own life and makes this little steps, then this “power of the powerless” – as it was called by Václav Havel, although in different context – can change the world.

If that’s who we are, we are doomed.

Is it true, that Czechs don’t like Poles?
on the road society