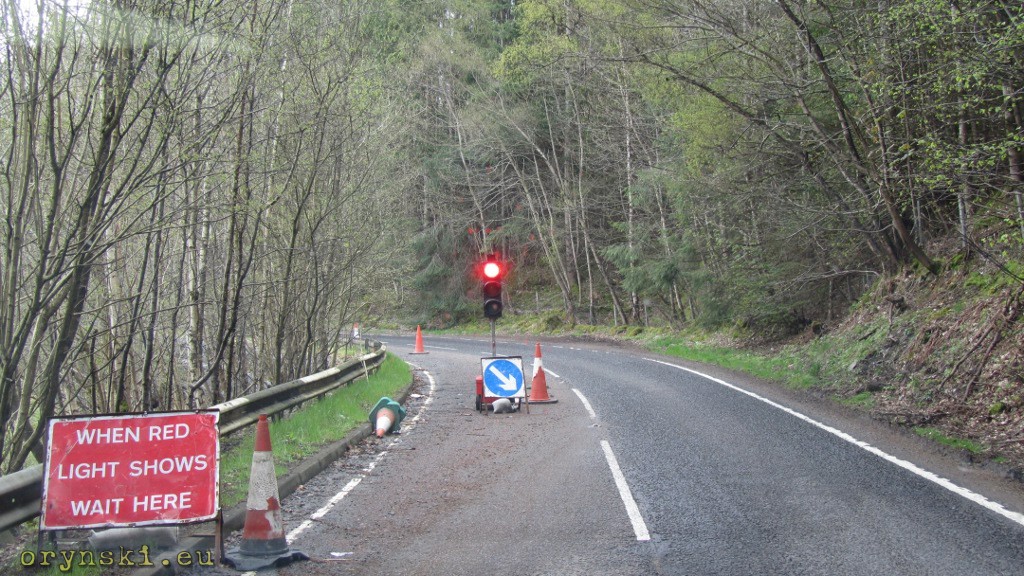 Although Britons complain, that their country is no longer manufacturing power as it used to be, they can still be proud of the fact, that Britain is really strong in advanced technologies. But there is one more industry that Britain leads the world. It is applied trafficconeology. In that field, Britain comes second to none. 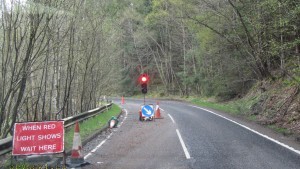 Everyone who at least once travelled using British motorways surely noticed hundreds, if not thousands of traffic cones, standing in the road or lying on the side. In theory they are there to protect a roadworks area, but in vast majority of cases, behind them nothing really goes on. But the fact that there aren’t any roadworks is no reason to NOT place hundreds of traffic cones and speed limits. Traffic cones are for safety, and speed kills! And in Britain, health and safety is a BIG thing, as everyone who ever worked in something bigger than a corner shop propably knows. Health and Safety is a British national sport, or perhaps even a religion. So if the traffic cones are standing somewhere for completely no reason, instead of removing them and putting them somewhere in storage, after several weeks the sign saying “Lane closed for safety” is placed every mile or so. “For safety” – that means in the only right reason. No ifs, no buts, no asking “why?” – safety is at stake! Miserable is the fate of those who question it, although the most likely reason of the fact, that British roads are littered with so many traffic cones was shown in old “Metro” cartoon: on the picture, there was a row of traffic cones that lasted right to the horison. Next to them the sign was saying “Lane closed, as we have nowhere to put all those bloody cones!”.

But applied trafficconeology is not only about traffic cones. It is a whole industry, employing thousands of people. Due to my work, I travel a lot on a British motorways, during the day as well as by night, and from my observation I would venture to estimate that, at least on the main roads, much more people are involved with trafficconeology than with the very road maintenance itself. For each road worker I can see on the road, there is at least five trafficconeologists, who place, move, pick up, align and wash traffic cones. They are also involved in related activities such as patrolling coned lines by night and changing batteries on the yellow lights mounted on the top of them or mounting temporary cat eyes in the tarmac or, for a turn, removing temporary cat eyes and patching the holes left by them. Those are joined by the teams that mount temporary poles or place concrete or steel bareers. There are people who remove lines painted on the tarmac and replace them with new ones according to the new traffic layouts. And all this off course in the shadow of huge trucks, that are supposed to take impact in the situation that some driver is dazzled by the flashing lights mounted at the back of them.  I failed so far to find how dazzling drivers in regular intervals by a flashing light that can be propably visible from Shetlands is supposed to improve safety of the road workers, but after all I am not health and safety specialist. I bet that it improves safety significantly and there are several Health and Safety assesments compiled by the certified specialists to confirm that. And traffic cone people are putting their lives at stake to protect workforce – the only two dangerous situation I had while driving through roadworks were caused by the trafficconeologists running across the motorway while carrying heavy sign.

Majority of this people, dressed in high-visibility gear, uses the most modern equipement. Not many trafficconeoligic trucks are older than more than few years, which is quite unique in Europe, where most of such vehicles are on the older side, often working in that character on their well deserved retirement. If we remember that such vehicles have relative low mileages and rarely run loaded to their full capacity, this British extravagance of splashing still some new money onto purpose-built vehicles seems to be a confirmation that an economical crisis is already a thing of the past.

But even despite that most British roadworks can be seen from space, and all relevant information is displayed on permanent and mobile matrix signs, there is yet another level of protection – safety officers. I had once a privillege to have a chat with one of them. He was sitting all day long in a transit van parked next to the bridge that had lower clearance than usual due to some scaffolding. In case that some blind and deaf retarded truck driver would miss all signs, information and ignored the fact that his truck hit the metal pipes hanging on the special frame, this guy’s job was to stop him, remove two traffic cones and allow him to make an u-turn. During two months of duty of the safety officer I spoke with, such situation happened exactly zero times. But surely if it happened, than his presence in this place would improve safety significantly. I am sure there is some health and safety assesment compiled by someone who has all possible certificates in that field.

But let’s be frank. If lives are at stake, safety is more important than a common sense. The fact that the system as a whole makes no sense seems not to bother anyone. And if you go from Scoth Corner to Fort William, when lane is closed on that bit of dual carriage A66 that is nearly of the motorway standard, you can only drive 50mph. But then road narrows to single carriageway with narrow bends and traffic in opposite direction, but then you can drive 60mph. Obviously this place is safe, unlike M74 near Polmadie where one lane of three is closed, therefore 30mph speed limit is placed. Incidentally, on the opposite carriageway in identical situation the speed limit is 40mph. But don’t worry, if you want to drive 60mph again, you will be able to do so on that narrow, bendy bit of A82 along Loch Lomond… I can’t make any sense of it. But I am sure it is safe, and health and safety assesment was created by someone who has all possible certificates in that field.

Don’t take me wrong, I do understand that the safety of roadworkers is very important. But really, do the traffic cones that are there to protect them in case that I drove onto the lane closed to traffic, have to be placed in such distance that if I was driving 150 mph, I would fell asleep of the boredom before reaching actual roadworks? And then, trafficconeologic activities really stretch the time needed to conduct roadworks. I don’t remember for example when it was the last time I drove through Birmingham and haven’t seen any roadworks. Or actually, traffic cones and lane closures, because road workers repairing the road are really rare sight there…

And all this relate to the road closures that are planned ahead. The real fun starts when there is some accidents. In other countries – for example in Germany, the motorway gets closed completely until the situation is under control. Since the whole motorway is stationary, people can relax, get out of their cars, stretch legs, have chat with fellow travelers or read a paper. Then damaged cars are removed to the hard shoulder and the traffic flows smoothly as if nothing happened. Vehicles are removed from the motorway in the evening, after rush hours. And then – even if there is a need to pull 40 ton truck out of the ditch using heavy cranes – the obstruction is minimal and signage scarce. And all this despite that Germany lie at the opposite end of spectrum to Britain when it comes to motorway speed limits.

British trafficconeologists have different tactics. Here when accident happens, only lanes occupied by crashed vehicles are closed. As a result, drivers for long hours are tormented by stop-start traffic as the three lane traffic has to squeeze by by the only available lane. This causes enourmous waste of fuel, excessive exhaust gas emission, clutch wear and tiredness of drivers. In serious cases the motorway can be closed completely for investigation, that takes longer than archeological excavations preceded by the query in several archives. As a result the whole surrounding area is totally paralised. But I guess that it is all to improve safety and appropriate H&S assesment was done by relevant specialists…

The matrix signs, placed along motorways and trunk roads, when they have nothing better to pass onto drivers, display educational information such as “drive carefully”, “be a curteous driver” or “tiredness can kill”. But one of those slogans should be especially targetted at people responsible for placing milions of traffic cones along the long stretches of empty roads. This slogan is “frustration cause accidents!”

This text was published in Polish in gazetae.com

Why Poles in UK get frustrated.
Great Britain on the road