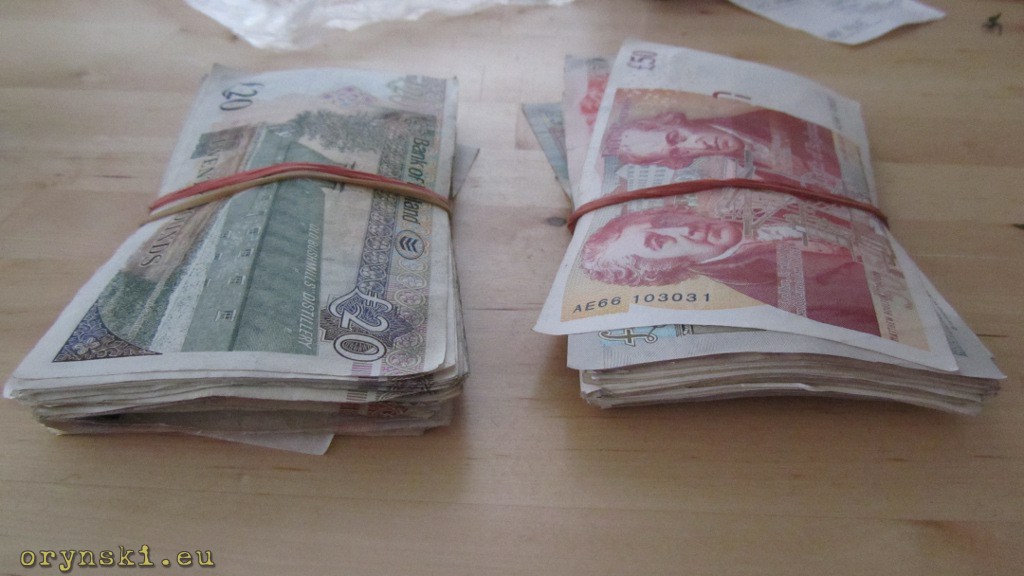 David Cameron ventured onto door-canvassing trip around European capital cities. Although he claims to be all for Britain staying in EU, he demands renegotiation of the basic points of the treaty. But is it really needed to bother anyone else and try to force them to take actions that might result in two-speeds Europe, if the solution to major points on his agenda would be simply a reform of British social system? 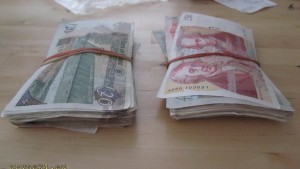 Because in fact nothing about that trip is what Tories like us to thing. As usual, the major problem for them seems to be Polish community in the UK. Of course nobody mentions Poland openly, but isn’t it obvious who they have in mind if they speak about the burden on the British social system? After all, Britons seem not to notice a huge influx of migrant workers from countries like France, Spain in Greece that took place in recent years. Obviously unlike Poles, all those greek-plated cars on British roads have nothing to do with Cameron’s problem number one: people who come to Britain to milk benefit system.

I enjoyed listening to the interview in one of BBC station in which Dutch journalist was asked about that issue. It took a bit of explaining, as for him it was an abstraction: in Nederlands nobody can get benefits unless he or she has putt some money into the common jar first. It’s the rule that applies not only to Gypsies from Romania or Polish builders but even to Dutch people, even if they are so Dutch, that they get completely stoned and run in their wooden clogs on the tulip fields between the windmills. But I somehow doubt that Cameron would ever dare to introduce something like that. As despite everyone were racing to criticize Channel 4’s “Benefit Street” as promoting false picture of benefit claimants, when political correctness gets put aside, they all know, that there is enough of such people to make their votes matter. And since focusing on ethnic minorities would be a suicide, it’s Poles again, who have to serve as a whipping boys, as since only some of them have British citizenship and right to vote, their community can be ignored.

And this is why instead of reforming British social system, Cameron tries score some points by trying to force other countries to give up the fundamental rule of the European community: the basic one that says that all Europeans are equal. But even if he succeeds, it won’t solve British problems for that simple reason, that migrants from other EU countries are a minority of benefit claimants – after all, vast majority of them came to Britain to work. Most of the people who live of benefits are either British, or from some countries outside EU – asylum seekers, refugees and so on. It won’t be rather possible to take the benefits from those last ones, and even if, they would really struggle to find work, as often they are uneducated and can’t speak English. And one problem will simply be replaced with other.

For us, Poles, nothing will really change. We just come back to the rules that applied when we still had to register with Worker’s Registration Scheme – we will be unable to get any benefits for the first X months of working in Britain. Surely many Poles would be happy to see those few benefit scroungers go, as they don’t do much good for the general perception of Poles, but for vast majority it would not make any difference, as they are hard working people anyway. The question will be: who will benefit from coming back to the old rules? My own experience shows that old system was no good for neither me or British taxpayer:

Long time ago, I got injured in a traffic accident. I was driving in Glasgow and stopped at the British red light. My British car was then hit by another, driven by a British person. As a result I landed in a British hostpital when I was advised by a British doctor, that I have to stay home for six weeks. As I lived in Britain nearly two years already, my only home was my British home. My then employer, certain McLellan’s Transport, decided that it is a great opportunity to sack me withoug paying a significant sum of money owed to me (got most of it later via Employment Tribunal). Since I become completely broken and without income, I applied for incapacity benefit, but to no avail, as at this time I worked in Britain only for 23 months and two weeks and Poles were entitled to benefits only after 24 months, so according to the system, Poland should help me out. “But don’t worry” – said a friendly advisor in JobCentre – “if your partner quits her job, then you will be able to claim as a couple and you will get more than she earns!”. I think there is no better illustration of what’s wrong with the British social system (and no, we didn’t used his advice).

One of the secondary issues when it comes to benefits is constantly recurring problem of child benefit for the kids that lives away from their parents in other countries. Of course despite the fact, that many British kids lives with their grandparents in Spain, the major problem seems to be Poles again. Suddenly the fact that parent who works in Britain claims child benefit for his kid in Poland becomes somehow morally wrong. And all that despite the fact, that parent who pays for child living away is still entitled to child benefit regardless of where is that “away” that his kids lives. The point risen by then Polish foreign secretary Radek Sikorski seems to hit the nail on its head. Why the Polish state should pay child benefit to British taxpayer if under British law he is entitled to one there? – he asked.

Apart from that isn’t it a little schizophrenic? It’s not only Nigel Farage, but also many Tory politicians, that rant about what a huge burden to British healtcare and education system Polish kids are. Surely they should be happy that this burden is taken by the Polish state. As so many British people choose to spend their retirement years in warmer countries, they will be able to use money saved on those Polish kids to pay even more to Spain and Portugal for that their healthcare system have to look after elderly Britons… Ah, wait.

One of the questions asked in BBC4 Any Question recently was “How do we know if Cameron’s European trip was a success?”. This was tricky to answer, especially for the member of the Conservatist party. As the fact is that Cameron has no guts to make some significant changes here in the UK. Instead of making those unpopular changes, he hopes that he will be able to take some weight of the faulty system by forcing other European states to agree that their citizens become second class Europeans when coming to the UK. Cameron stunt is based on the assumption that other EU countries do everything to prevent Britain from leaving the club. But this game might be more risky than he thinks, as although Britons still see themselves as one of the world powers, their threats might not bring expected results. Because from European point of view, Britain looks completely different:

What has happened to ‘better together’ suddenly?

One Reply to “What is Cameron’s door canvassing around Europe really about?”