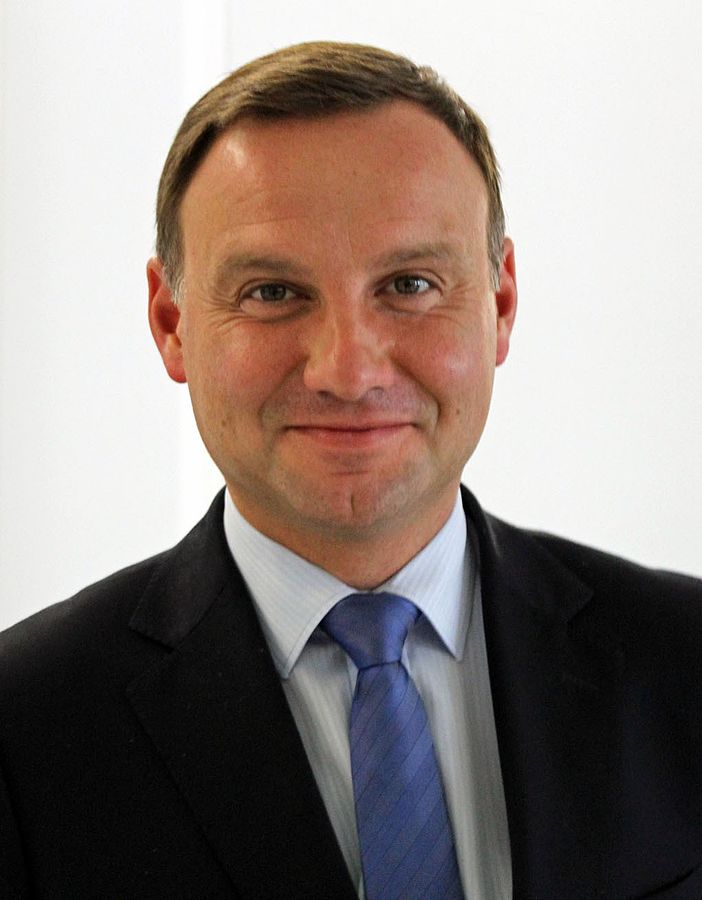 Not long ago, everyone expected that Bronisław Komorowski will easily secure his position for the second term in first round of the votes. As a result, leaders of the other parties did not even attempted to fight him in order to not become a face of defeat. The only exception was Janusz Palikot, but he hardly has any party left to support him. Komorowski’s competition was made of some backbenchers or even people from outside, that first had to fight for recognition in their own party, and usual set of right-wing plankton and independent activists.

The president’s team feel too sure of their victory, as everyone expected it to be a simple formality. Adam Michnik even openly said that “Komorowski would have to hit and run pregnant, disabled nun on the pedestrian crossing to loose”. As a result Komorowski’s campaign was rather bleak and one could get a feeling that it is rather feigned, aiming mostly on rejecting accusations that there is no campaign at all. This, together with very strong campaign by supporters of Andrzej Duda, candidate of Law and Justice (PiS), and other so called „anti-system candidates” focusing at pointing out all the real and imaginary gaffes of Komorowski and distributing visions of Poland being at the verge of apocalypse, resulted in a significant change of his image, especially in the Internet. Over last year from avuncular grandfather-like person and peacemaker he suddenly turned into retarded idiot at the service of foreign powers and ruling class of traitors. Demise of Komorowski popularity is especially visible amongst young people – obviously the influence of social media, domain of young voters with short memory, was underestimated by most of the established political class. In a result some of Komorowski’s potential votes turned to Duda, and while the fact, that the second round will decide between them two came as no surprise to anyone who was keeping up to date with recent polls, Komorowski’s defeat came completely unexpected to everyone.

The most unexpected was the success of Paweł Kukiz, former punk rock musician known as a leader of the band Piersi (“tits”). His chaotic campaign conducted without money or party structures behind him (he took part as an independent candidate) resulted in 20% of votes casts. Even with such low turnout at the polling station it still means that every 1 of 10 voters cast his vote for Kukiz, and that is something that allows a new party to be build upon, so the oncoming parliamentary election later this year can also be full of surprised.

But will it possible to build new structures if one has no program at all? Kukiz took the elections by the storm, but his only slogan was that single-member district voting system will help to unclog the political scene and allow smaller parties to get rid of the establishment. Recent results in the British parliamentary elections show that this claim is a complete bollocks, and some commenters suspect, that evasion of facing this fact was the real reason behind Kukiz’ suspension of campaign for the last few days.

Many of the votes cast at Paweł Kukiz are also probably result of the voter’s wish to show a middle finger to established political players. But even if the real support for Kukiz is much lower, surely his success will now attract followers of other “anti-system” candidates, such as Janusz Korwin-Mikke, long time oddity of the Polish political scene. But even Korwin-Mikke’s position is now in danger, as this campaign saw the raise of many new faces in the business of ring-wing extremism. Marian Kowalski, candidate of the nationalist movement, Jacek Wilk, Korwin-Mikke’s replacement in his former party (from which Korwin-Mikke was expelled after accusation of fathering some illegitimate children) and Grzegorz Braun, an ultra-catholic weirdo calling for Poland to become a nuclear power ruled by noone else, but Jesus Christ himself, together scored over 3% of the votes.

The biggest looser of this elections is the left. Here, Janusz Palikot, who managed to create the movement able to get over 10% of support in the last parliamentary election failed to attract even a fraction of his supporters from last time. His party,consisting mostly one-issue organization such as anti-church movements, gay right activists and supporters of the legalization of marihuana, is in demise: attempts to create wider left wing coalition failed, while at the same time he was unsuccessful in his chaotic struggle to make everyone happy in his own backyard. His start in presidential elections seemed to be a desperate attempt to gather the leftovers of his former support, but with a result not much higher than that of Grzegorz Braun no one can consider it to be a success.

But even demise of Palikot is nothing compared to the complete disaster in Democratic Left Alliance (SLD)lead by former prime minister Leszek Miller. Since nobody serious was willing to represent his party in this elections, and those who wanted to do so, were not serious enough, he surprised everyone with an unexpected stunt and attempted to attract voters by putting forward an attractive blond bimbo. But Magdalena Ogórek managed to outsmart this old stager and quickly after she cashed a cheque from SLD, started to dissociate herself from them. That forced SLD activists in a limbo, as they weren’t sure what would cause less damage to their image: continuing or withdrawing their support of Ogórek candidacy. Leszek Miller is known for the words “the man should be judged for not how he starts, but how he ends”. I guess only an instant resignation and retirement would make it possible for him to salvage some of the remaining respect…

As per Magdalena Ogórek herself, she claimed that her defeat was due to “Poles being not ready yet for a woman”. This seems to be a bit overstretched if we remember, that we just have one of the most feminized government in Europe, that prime minister Ewa Kopacz is not the first female prime minister, and that Hanna Gronkiewicz-Waltz, former head of the National Bank and current president of Warsaw gained more support in her attempt to race for the presidential palace 20 years ago.

Results of first round of the election shocked Komorowski’s team. Suddenly they began to fight back, but their chaotic and desperate moves, such as announcing that “Komorowski was always a supporter of British electoral system” and moves towards organization of referendum on that matter, only annoyed voters more. While until the first round of the election Komorowski arrogantly posed as someone above such petty things as discussion with his competitors and presenting his offer to potential voters, his panic moves on the last stretch on the race only confirmed for many how detatched he is from the average Pole. When the current president was treating his voters like idiots, there was not much more that Duda needed to do to win.

So what we know about Andrzej Duda, president-elect of Poland?

Suprisingly little. Before the presidential campaign, he was just a backbencher, sometimes filling some secondary positions in politics and administration. As for his own activity, he is mostly known as being involved in covering up financial scam that allegedly allowed PiS to be founded from the para-banking organization SKOK.

According to some sources related to PiS, his candidacy was put forward in hope that new face will help to change perception of this party before oncoming parliamentary election. His victory was completely unexpected to everyone, including his own party, as just 6 months before current president enjoyed 70% support of polled citizens. So far they even did not accused the government of rigging the elections, as they always do. All those conspiracy theories and suspicions that were carefully implemented in the media over recent week are now abandoned.

He is also known to be a deeply religious catholic and before he was tamed by his campaign team, he openly claimed, that he will be seeking guidance for his action as a president at the episcopate. This, along with the fact, that Jarosław Kaczyński, leader of the PiS, spend electoral night at the sanctury of Jasna Góra, where he “entrusted Duda’s presidency to Holy Mary”, might mean a u-turn in relations between state and Church and further reinforcement of the position of the latter.

But Duda’s position might also turn to be a problem for Jarosław Kaczyński, who jealously protects his leadership in the party. Unexpected victory of Andrzej Duda might mean emergence of the new leader. There was already a similar case of Kazimierz Marcinkiewicz, who was made a prime minister ten years ago but was replaced by Kaczyński himself when he become too independent. If Duda decides to emancipate, it will be much bigger problem for Kaczyński, as one does not simply replace President of Poland by withdrawing his party’s support.

It seems that Poland emerged even more divided from that elections. Polish internet was flooded with comments like “it’s time to emigrate before Poland turns into catholic taliban country”. But we have to remember that Platforma Obywatelska is still in power. Duda propably won’t start open war with them overnight as he dont’ want to scare voters from PiS before parliamentary elections. Because his success does not mean that PiS is now on the rise. On the contrary, extraordinarily good result of Paweł Kukiz and now defeat of Bronisław Komorowski is a symptom of something completely different: Poles are fed up not only with Platforma Obywatelska, but with the current political class as a whole, and Duda knows, that many of his supporters did not voted for him personaly, but just to express their anger. So perhaps for the first time in years the elections won’t be about PO vs PiS, but about matured political class vs newly emerged powers?

This piece was also published in Czech language in blisty.cz

One Reply to “Surprising results of the Polish presidential elections”