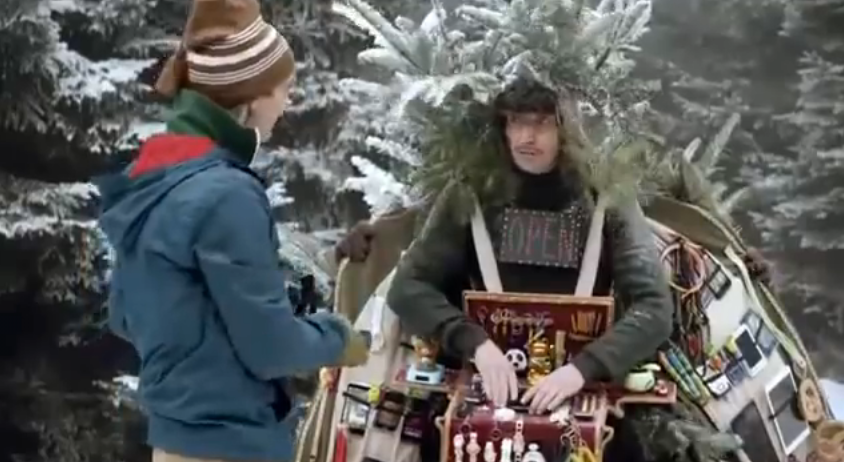 Poles cannot laugh at themselves, so the others have to do it for us – says a popular joke. Yet, the amount of Polish jokes could be annoying, especially that most of them just expolit unjust stereotypes. Perhaps this is why Poles seem to be a bit oversensitive and the reaction of Polish embassy to a recent T-mobile advert that portrays Polish seller as unreliable scammer was too strong. Or was it?

It seems to be a bigger problem than just one witty commercial having a go at Poles. Polish companies that export to Czech republic recently have to face several difficulties and petty malicies. For example Gazeta Wyborcza informs that Czech sanitary services recently issued an instruction to specifically target Polish food imports for controls. According to Polish Federation of Food Producers this is just the last move in long going trade war carried out by Czech Republic against Poland. It’s spokesperson suspects that they had to take up more drastic measures as the campaign in Czech media smearing a quality of Polish food did not resulted in any noticeable drop of the amount of Polish food products exported to Czech Republic. Obviously Czech consumers can make their own mind and are able to choose for themselves, so additional controls aim to make life of importers harder in hope that they give up importing food from the North.

Food market is not the only field in which Polish companies face unfair competition on the Czech market. Manufacturers of Windows and Doors encountered an unfair campaign in which Polish Windows are used as a synonym of bad quality product: 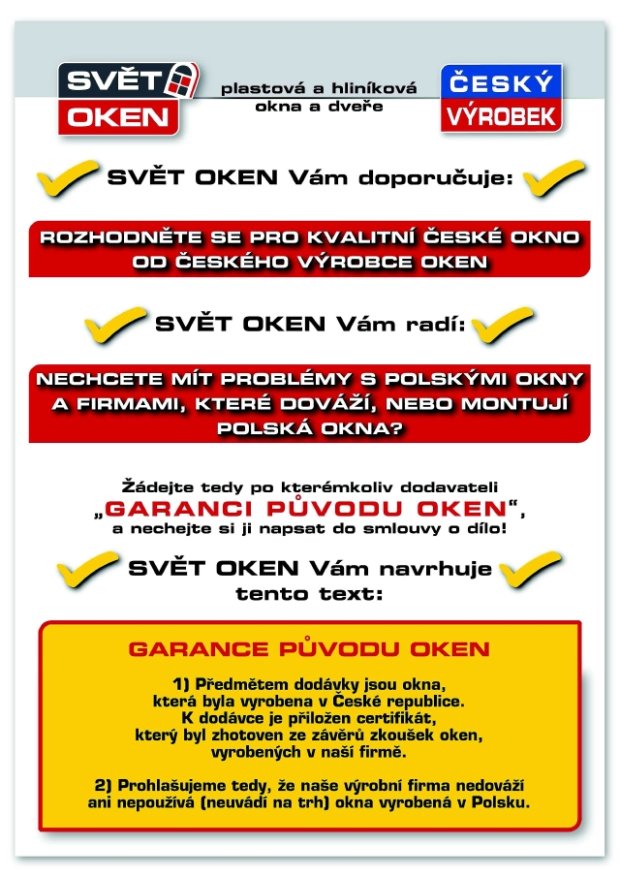 This campaign was succesful and the sales of Polish joinery fell significantly, although Polish manufacturers say that this is also a result of the new strategy in which they now aim at much more profitable Western markets. Producers such as Fakro or Drutex prove to be very succesfull in the west (Fakro for example in 20 years managed to secure 15% share of the market), obviously then accusations of Polish products being of the lesser quality are unfounded.

In Poland meanwhile Czechs, although some people look down at them, are generally very liked. Yes, one can meet with the opinion of the low quality of the Skoda cars, but the sales show that this is just a sign of envy of the Skoda’s international success while Polish own brands like FSO or FSM have disapeared. Still, Svet Oken style campaign would be something unimaginable in Poland. Even when Tyskie had a campaign in which Polish beer was so good that it was indistinguishable from it’s famous foreign counterparts – you can watch one of the clips here. And Czechs weren’t the only target. Analogical adverts were referring to other countries famous for a good quality brew such as Ireland, Scotland, Germany or Australia.

One could wonder then who’s behind that anti-Polish campaign that seems to be going on in Czech republic just now – if it was about protecting Czech producers from foreign imports, the natural target would be Germany, as most of the food that is imported to Czech republic comes from this country. And last but not least Czech Republic is relatively small country and as such it is not the main direction of Polish exports, while for Czech manufacturers the bigger northern neighbour is an important market. It seems then that starting a trade war and setting Poles and Czechs against each other may hurt Czech economy more than Polish.

So what about the controversial commercial? Czech T-mobile in the end decided to remove the controversial spot, propably not without pressure from it’s owner, Telekom Deutchland. The commercial made a big news story in Poland and made many people angry, there were voices calling for the boycott of Polish branch of T-mobile and it’s owner could not ignore the result of such boycott on the bigger Polish market if Czech operator sticks to it’s guns. The advertising company keeps defending it’s product, yet again attacking the quality of Polish products: “And we would like to advise our beloved Polish friends: better focus on what kind of salt you put to the food product destined for Czech market than on our commercials that aren’t made for you” wrote Tomáš Löbel and Ondřej Hübl of Saatchi and Saatchi Praha. Well, yes, there was once upon the time a case when technical grade salt was added to food products in Poland. But there was no health risk to anyone which sadly wasn’t the case when counterfeit Tuzemak liquer and other alcohol products caused death of several people in 2012. So maybe it’s time that Czech companies instead of trying to set Czechs against Polish imports and annoy Poles with stupid commercials try to grow exports to Poland, taking advantage from the fact, that Poles like Czechs and value Czech products… Yet.

Disclaimer: saying all that, I personally find T-mobile commercial quite funny. And it could be interpreted both ways, as the Czech guy has to be really stupid to buy his mobile phone in such shaddy enterprise…

This text was published in Czech in Britské Listy and was met with huge response from readers, resulting in two follow-up pieces:
“Is it true that Czechs don’t like Poles?” and  “More on Czech’s attitudes towards Poles“