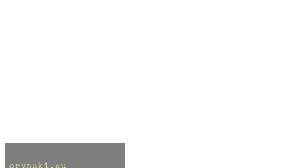 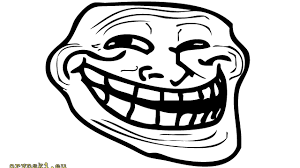 I haven’t seen so good interview in Polish TV for a long time. It has begun like a Hitchcock movie – from earthquake. And after that it was only getting better.
“My guest today is Jakub Stefaniak, spokesperson of PSL. I warlmy welcome you, Mr Spokesperson” – begun his morning program in the government controlled TVP Michał Rachoń. His guest is a spokesperson of one of the smaller opposition parties, PSL.
“Good morning to our viewers, good morning to you, Mr Spokesperson” – he replied.  At this moment the anchor lost the plot completely, luckily for him his guest was there to help. He explained with a cheeky smile, that he was simply referring to his past – Rachoń used to be a spokesperson for PiS (This is usually a PiS thing to call people with their former function – they continue to address Jarosław Kaczyński as Prime Minister despite the fact, that he lost this job nearly a decade ago).

Rachoń ineptly tried to bounce the ball back by pointing out that his guest used to be a journalist, but only thing he managed to do was put himself up for another blow. “I am like Jarosław Kaczyński – I went from journalism to politics (…) you went the other way” – answered Stefaniak, who’s facial expression looked like full blown trollface by now.

Rachoń was speechless, but after a few seconds he managed to get back on track. Because, you know, where there is some problem for a ruling party, TVP has to react. And the only reaction PiS knows is covering it’s ears and shouting “PREVIOUS GOVERNMENT WAS DOING THINGS LIKE THAT AS WELL!!!!!11”. That’s why first question refered to a PSL politician accused of corruption. It was formed in a very certain way, but Stefaniak was prepared.

“Mr Spokesperson” – he replied – “I was expecting that question”. He instantly disarmed his opponent by exposing his attempt to frame him into defending a man who allegedly broke the law. “(I will not) defend anyone, anyone who is not OK with the law. But it does not matter if it is someone from your party or from PSL (…) we still have independend judical system in Poland for now.” (I underlined those crucial words).

Even if you dont’ speak Polish, you might want to see for yourself – watch for facial expression of both guys:

Those few sentences weren’t just and ordinary KO. It was kicking the man who is lying on the ground already. From one side, I was full of appreciation for Stefaniak for his ability to smash propagandist’ face in white gloves and stay classy. From the other, I felt sorry for Rachoń. After all, this man propably still has some leftovers of dignity, he can’t be an idiot!

Despite late hour and the fact, that I need to get up for my work next morning, I’ve decided to watch the rest of the interview, as this Twitter clip contained only first minute or so. I went to the TVP website, but it reported technical issues. What a strange coincidence!

Luckily the full interview was available in less patriotic places of the internet:
Those 10 minutes contain everything that is wrong with TVP after it became PiS propaganda tube. It’s worth watching in full, but in case it was removed from Youtube, or for those, who don’t understand Polish, there is a quick summary:
– Rachoń asks his guest a question, which is in fact an attempt to frame him into some compromising comentaries.
– Stefaniak turns out to be well prepared (after all it was not hard to predict what is to be expected from this interview) and instead of letting himself being dragged into some populist rubbish he answers calmly, clearly and with some concrete information. To stress out the political affiliation of his host, instead of saying “PiS wants this, PiS does that”, he consequently says “Your party wants this, You do that”. He continues to address his interviewer “Mr Spokesperson”.
– Rachoń interrupts him constantly and shouts at him, asking the same question over and over again despite getting answer to it not once, but several times already. He seems to be determined to get the result he expected and gives up only after making a complete fool of himself. Then he moves to the next question and the whole circus starts again from the beginning.

Of course the bullet points of the PiS narrative are all present. There is appeal to the will of the nation (“50% of Polish parents believes X, how dare you claim you are wiser than them…”), there is that old chestnut “You were doing that as well when you were in power” (which was smartly difused by Stefaniak by pointng out that prominent people from PiS are now against the law they previously voted for themselves). There were of course also ungrounded accussations and stressing out how impartial the interviewer is.

At the end of the interview, Stefaniak played va banque and attempted to speak about a recent nepotism scandal in PiS, which was a bold move, as it’s PSL that was until recently associated with such behaviour in the first place. But Rachoń failed to spot that opportunity to retaliate and instead in a rude manner finished the program by ignoring his guest and shouting over him.

And I came to a sad reflection: this ten minutes can be viewed as an allegory of 2016 Poland:
– on the left there is an intelligent and well prepared guy. A former TVP journalism from the times when a certain level of professionalism was still expected. Today at the margin of both political and professional life (as PSL position can be compared to that of the Lib-Dem in the UK).
– on the right, doing his former job, a complete amateur making a fool of himself. He was placed there from the political key and takes with showing his guest in as bad light as possible. He lost that battle completely and we cannot be even sure if he realises that.

And now every Pole can watch how the former destroys the latter. We can watch it time after time, in full, or just our favourite bits. We can fast forward and get back to the earlier bits, we can take stills and make memes out of them. We can read commentaries of that interview written by completely unknown bloggers or by the biggest names in Polish journalism, we can also discuss it ourselves in the social media.

But the fact is, that when we will turn TVP on again, Rachoń will still be there. And it is unlikely that we will see Stefaniak in a television ruled by PiS anytime soon.