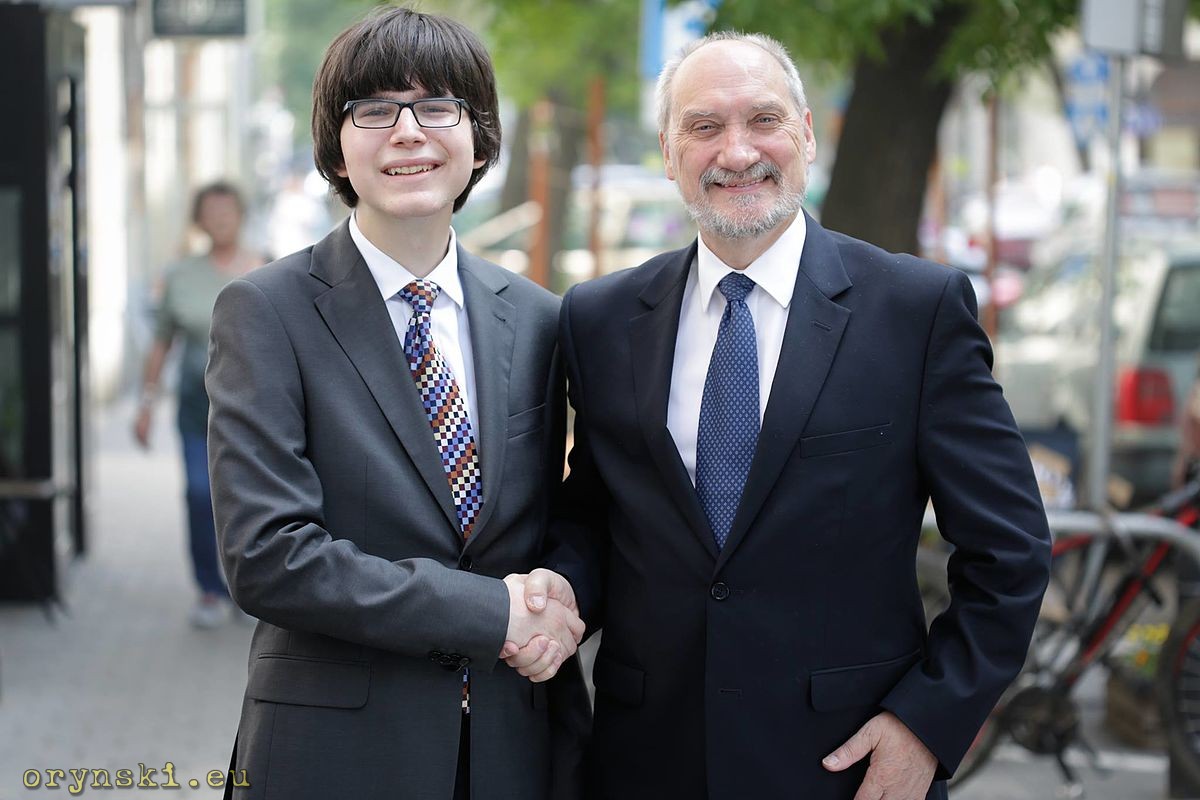 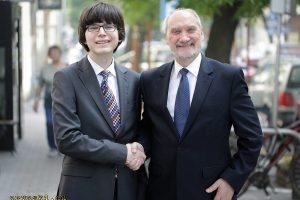 Recent weeks in Poland made atmosphere of absurd even thicker. Of course the opposition parties can also deliver some fun (my favourite one was announcements from the party .Nowoczesna in which they declare that they will “de-legalise anarchist organizations” – it might be hard to de-legalise organizations that by definition are not interested in being recognized by the state they oppose). But as usual, Prawo i Sprawiedliwość is first in the race to beat Monty Python. Let’s have a look at the three items that made most fuzz in Polish politics and related fields.

Many people question sanity of Antoni Macierewicz, secretary of defence in PiS’ government. His position of the hight priest of the Smoleńsk religion and persistence in building this myth based on conspiracy theories, that can be observed for example in his decision to invoke names of (chosen) “fallen” in the “Smoleńsk assassination” in every ceremonial in which military assist is provided (so participants in Warsaw uprising, survivors of the Nazi concentration camp or strikers from 1956 Poznań all had to be proven that they owe everything to president Lech Kaczyński and his entourage). All those fact do not make it an easy task to defend Antoni Macierewicz’s picture of a stable and responsible politician (especially when he again accused Russia‘s flight controllers of deliberately causing Polish presidential plane to crash).

But the eyes of the Poles are now turned to Bartłomiej Misiewicz, an 26 old former sales assistant in rural pharmacy, who holds position of Macierewicz’s spokesperson and was recently awarded with a Golden Medal for Merits in National Defense. This caused an outrage as he was awarded against the rules (golden medal can be awarded only to someone who has silver one for at least five years, and that in turn can be given only to person who was awarded with a bronze one at least three years earlier). Of course PiS is trying to create false symmetry, pointing out that previous government was giving those medals to journalists, which is basically true, but the difference is that the bronze medals were given to an long time editor of a major military magazine in Poland or to a hardened war correspondent.

Despite widespread outrage and wave of hate and ridicule, PiS stands strongly behind his man. To endorse that they believe in his merits, they made him a member of the executive board of one of Europe’s biggest Arms Holding. Against, breaking the law, as higher education is required. Although Misiewicz claims to have a licentiate, apparently even his boss did not believes in that, as the statute of the holding was changed to allow his nomination.

Misiewicz himself can’t see the problem. He is sure of his high qualification, claiming to be an aide to Macierewicz for a decade and being “interested in defence” since junior high school (gimnazjum). I can kind-of believe in both. When I was a kid, I also used to play a soldier and was fascinated with reading books about second world war. The former can also be true, if we remember, that just recently Antoni Macierewicz appointed 19 years old son of his friends to be his advisor

2. Polish cinematography gets up from it’s knees.

Long awaited (by some people, that is) movie about Smoleńsk assassination was finally released to the cinemas. This is of course yet another step towards creating a myth of Lech Kaczyński being so good president and important statesman, that enemy powers seen no option as to assasinate him. Of course creating propaganda movies is nothing new, but critics agree: if you have waited for the new Leni Riefenstahl, you will have to wait little bit longer. The movie turned out to be a total, chaotic trash, acting turned out to be worse than in some cheap soap operas (no wonder, as leading actors, like Marian Opania, boldly refused to be involved in this project) and the fact that it openly tried to copy Andrzej Wajda’s “Man of Marble” makes that failure even more pitiful.

Even films creators are not hiding their disappointed. Director Andrzej Krauze cut himself from the final result, saying “i wasn’t the director, I had no influence on the cast”. One actor tweeted “it’s a shame that it turned out as it turned out”. Even Kaczyński’s own cousin does not believes in the further career of his life partner, Beata Fido, who played main role in Smoleńsk, as he got her a job as an assistant to a PiS MEP Karol Karski.

But there can be noticed and interesting corelation when it comes to opinion about the movie. Those, who like Smoleńsk more tend to be those, who need some more brown-nosing. So actor Jerzy Zelnik, who avoided having his character cut away from the movie after it emerged that he was an agent of a secret police during a communist regime, argues vividly that movie shows the truth, as there were definitely some explosions. His gratitude for having been forgiven is so strong, that he makes a complete idiot of himself saying that “plane should cut trees like scythe mows cereal”. The only positive review of “Smoleńsk” I managed to find was on a website of the radical right wing blogger who made his name from smearing Jerzy Owsiak, chief of a major charity organization Wielka Orkiestra Świątecznej Pomocy. After loosing one defamation case after another, Matka Kurka desperately needs intervention of minister Ziobro as he is already (as he claims) at the verge of bankruptcy.

But the investors should not be too worried. Minister of education already suggested that schools should go to see that important movie. Of course there is no obligations, but teachers know too well how their collegues in Turkey ended up, so I would not place bet for Smoleńsk being a financial failure as well…

3. Anti-xenophobic stands are only for export.

Recent attacks on Polish citizens in the UK prompted a bold response from the Polish government. Not only two ministers (Ziobro finally did not make it to England) visited United Kingdom, but they also established a cooperation between Polish and British police forces. That cooperation turned out to be sending one Polish policeman to patrol streets of Harlow along with British constables. For a week. But hey, ho, there were headlines that Polish government cares for it’s people, that is all they needed, right?

Sadly, they seems not to be interested about bad things taking place at their own back yard. Recently Jerzy Kochanowski, a Polish university professor was beaten in the tram car for speaking German. This was completely ignored by the members of the government. In that situation the voice of a notable PiS propagandist, publicist Grzegorz Wierzchołowski can be taken for the stand of that circles. And his position, although he tried to turn it around post-factum, seemed to be pretty clear: “After all that Germans did in Warsaw, the fact that ONLY now someone’s face was smashed for speaking German shows Poles in very good light”.

In such atmosphere Paweł Kukiz posting a picture of plane crashing into one of the WTC towers to his Facebook comment with a caption “first wave of migrants” seems to be just a childish play.

Picture: Released on Flickr under a CC-BY license by “Rutgers Council on Public and International Affairs” with no further author information https://www.flickr.com/photos/rutgerscpia/23012980923/, CC BY 2.0

This text was published in Czech in Britske Listy

2 Replies to “Meanwhile in Cuckooland 2”