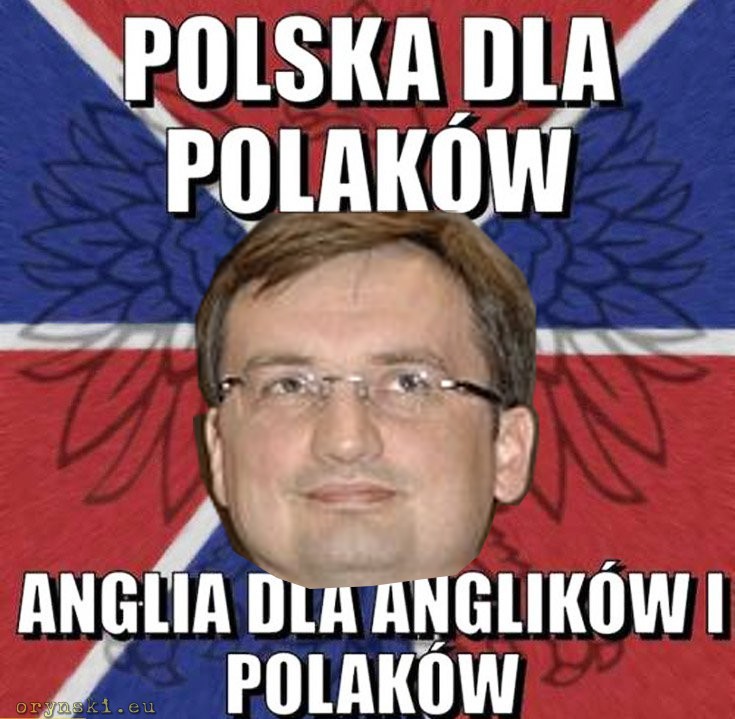 After a hate murder of a Polish citizen in Harlow, further racist incidents are reported. Polish ministers of foreign affairs, interior and justice decided to go for an expedition to the United Kingdon. They aim to solve the problem of anti-immigrant hate. But nobody really knows how they are planning to do it and I don’t expect that expedition to be too successful – for two reasons:

Primo: The British government was not made aware about this expedition, and they are unsure how to react to it or what actually Polish delegation expects to do here.

Secundo: a quick look at the achievements of ministers Błaszczak, Waszczykowski and Ziobro in their own back yard puts in doubt that they have any qualifications to do such a job. It’s their party, Law and Justice, that in order to gain support on the right fueled hate and racist prejudiced that were safely hidden at the margins of the Polish society. They had created a nationalist Golem and use it for their poltical gain. PiS is skillfully managing nationalists by showing them that as long as their interest are convergent with PiS interest, they have granted impunity. Minister of Justice Zbigniew Ziobro demanded acquittal of the nationalist who attacked a police officer. Minister of Interior Mariusz Błaszczak started an investigation after police officer detained a daughter of PiS activist who was trying to obstruct March of Equality – an anti-discrimination manifestation. In the ironic twist one of the Błaszczak’s argument that using force to detain person trying to disturb a legal march calling for equal rights for everyone is unacceptable if that person is a women. Acts of hate carried by the nationalists are not only tolerated but openly encouraged – example of such behavior was a police intervention in which activists of KOD, a mass opposition government, were led out the state funeral after they became victims of abuse. Yes, you’ve read it right: the victims were removed while agressor continued to verbally abuse them in a presence of the police.

On the side note: yes, the idea of turning up to the state funeral with KOD flags was utterly stupid. If you protest against hijacking patriotic events to make political stand ups last thing you should do is to try to do exactly the same. Especially if your opponents are much more numerous, and, in contradiction to you, they see aggression not as unacceptable, but as desired method of political discourse. But if the Prime Minister sees those few flags badges of KOD as “provocation and attempt to manifest one’s political activity”, what words should be used if someone turns a funeral of the victims of the totalitarian Stalinist regime who fought Nazism into a fascist rally? As this is what ONR, a fascist far-right nationalist organization who’s members abused KOD activists did there with the full acceptance of the ruling party.

Jarosław Kaczyński himself pours oil over fire when he says that refugees spread diseases and parasites – his opponents compared it to a Nazi propaganda about Jews spreading Typhus. Therefore nobody is surpsised to see an absolute lack of reaction to racist incidents in Poland such as agression towards a black man in the train in Gdańsk or devastation of the mural portraying kids of all races holding hands in Warsaw.

So what is the true reason behind the three minister’s expedition to the UK? One thing is sure – it is yet another case of making Poland a laughing stock in the international media. Foreigners are, sadly, being killed from time to time in various countries, racist incident against them is also nothing unheard of. But sending a three government minister to deal with that while they have absolutely no tools to do anything is actually making tools of them, which is not helped by the fact that their visit is exposing their hypocrisy to the world to see.

But there might be another reason. Maybe those ministers are not coming to England to lecture English, but actually to learn from them. Perhaps they feel that this nationalist Golem fueled by hate is going to slip out from their control, so they want to see how post-Brexit Britain is going to deal with that anti-immigrant hystery that was spun up by Leave campaign.

Because all this Brexit is not exactly how Polish friends of Boris Johnosn and Nigel Farage imagined it. In wet dreams of Polish Nationalists, Poland and Great Britain were seen as last bright points on the map of Europe covered by the shadow of Muslim invasion. And who was best to defend the Christian civilization than a nation that has such glorious pages in their history as 1683 Battle of Vienna, 1920 Battle of Warsaw or their sons being the best and braves fighter pilots during the Battle of Britain. The problem, though, is that its alleged biggest ally in Europe not only turned it’s back at the European Union, but also instead of fighting with Muslims decided to turn against its Polish residents. And tiny minds of Ziobro, Waszczykowski and Błaszczak are unable to comprehend that. But even if all the government joined that expedition along with all MP’s, senators and local PiS activists and the whole crusade was led by president Duda himself with the personal blessing of Jarosław Kaczyński, the truth can be the only one: modern world is not as PiS had imagined it and playing with fire of nationalism had never ended well.

So OK, guys, go to England, learn from mistakes of others, and act before similar tragedy will happen in Poland as well.

Poles at the polls: Voting on two passports