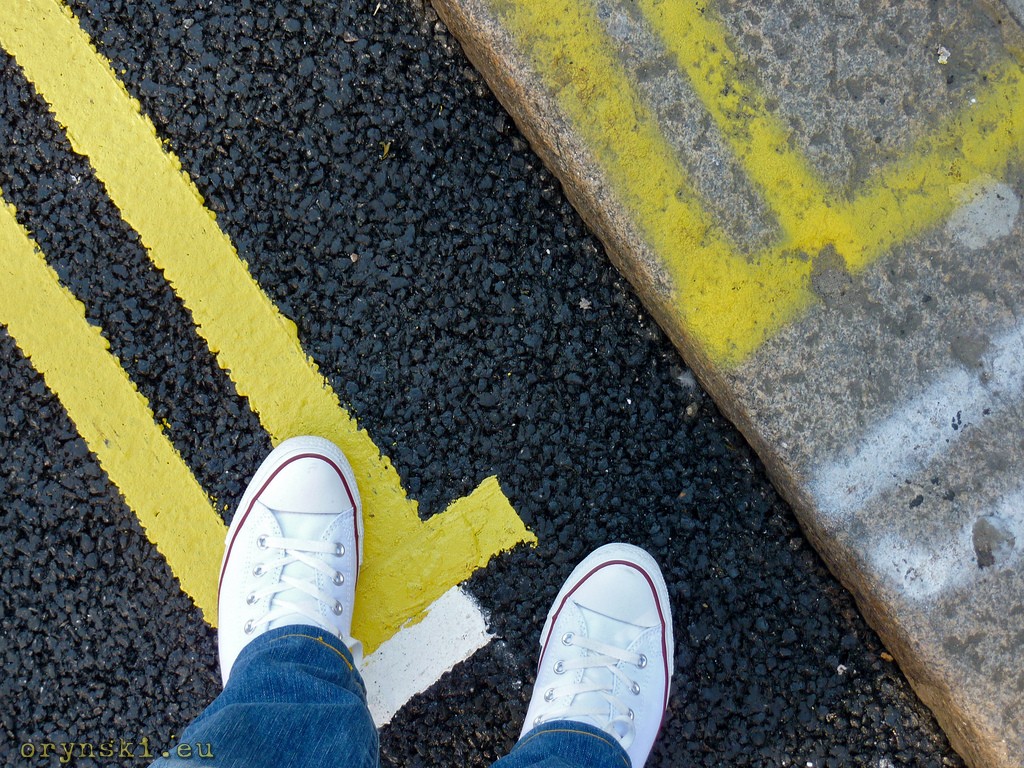 Today while casually browsing the internet, I popped onto a small video clip in which a comedian Joe Lycett tells a story of how he got off the parking fine by using British Humour:

Several comments claimed, that “Only Briton could avoid paying parking ticket by being perfectly polite and at the same time ridicule the opponent”. If that’s so, I have to be British. To prove it, I will tell you a little story from my own life as about five years ago I managed to get myself out from even more complicated situation. But let’s start from the beginning:

1. On one summer Saturday afternoon I was moving to a new flat. There was “no parking” lines in front of my new building, but loading was allowed, so I left my car there and started to run up and down the stairs with boxes of my belongings. After last heavy box landed on the floor of my new flat, I really needed a drink, so I started to rummage the boxes looking for a glass or a cup. One thing led to another and when at 2 am I finished unpacking, I went to bed for a well deserved sleep.

2. My building had two entry doors, so it was only Tuesday morning when I used the same doors again and bumped on my car parked right in front of them. “Damn, I forgot to move my car after I emptied it of my boxes, let’s hope I did not get a ticket” – I thought. There was nothig on my windscreen, no letter came to me over next couple of weeks, so I just sighed in relief and forgot about all this.

3. Few months later a strange letter came. Glasgow City Coucil informed me that I haven’t paid some fine and that if I don’t pay it now, I will have to pay 50% extra. I had no idea what it is about, so truthfully I answered by asking what is it all about as I can’t recall any unpaid tickets.

4. In the next letter they have informed me, that the ticket is for parking my car on double yellow line. I answered, again truthfully, that I don’t park on double yellow lines, as as a former trucker I am aware how annoying it is for drivers of bigger vehicles, not to mention that I would like a fire engine to get to my place in case there is a fire. They answered that they have a proof. I then politely asked them to show me that proof.

6. In the next letter there was a picture of my car clearly parked on double yellow lines. I instantly recalled the situation described in points 1. and 2.  I’ve seen no reason to play fool if I was clearly in the wrong, so since there was a copy of the ticket attached to the picture, I’ve decided to pay the fine instantly. It was written on the ticket that if I pay within 28 days from receiving the ticket (not: from the day of it’s issue), then I only need to pay 30 pounds. I wrote a letter apologizing for my behaviour, explaining that it was a genuine oversight, but since I was in the wrong, I am to pay a ticket, so I attached a cheque for 30 pounds.

7. The cheque was cashed, yet some weeks later I’ve received yet another letter demanding to pay 60 pounds. It claimed that since I failed to pay and it is now more than three months, I have now to pay 50% extra. I answered that I paid within 28 days from the moment I saw the ticket for the first time, I got a 50% discount and that they’ve already cashed a cheque so it is surely some mistake.

8. They answered again that they count this 30 pounds towards the total of 90, so I still have 60 pounds to pay. I answered again, that I paid within 28 days from the date the ticket was first delivered to me, so we should be square.

9. I was lectured that if the ticket is put behind the winscreen wiper, it is considered to be delivered properly. I expressed my doubts, pointing out that if it was delivered properly, I would be aware of it’s existence. I pointed out that a ticket that is placed behind a windscreen of the parked car can be removed by anyone so this is hardly safe and reliable method of delivering important documents.

10. The answer explained matter to me in details: the ticket, that was placed behind a windscreen wiper of the car registered to me can be considered as a ticked delivered to me, as removing such ticket is an offence, so I can’t expect them to act on the basis of assumption that such ticket would be removed. In my answer I politely thanked for this knowledge, admitting that it is new to me. I also informed them that I’ve put a cheque for 60 pounds into envelope and I placed it behind a windscreen wiper of the bin lorry.

11. This time it took them longer to respond. Response can be summed up very shortly “WTF? What bin lorry?” I was happy to explain. I quoted their previous letter and pointed out that since this bin lorry was registered to Glasgow city council and putting important documents behind a windscreen wiper of a vehicle belonging to the recipent is considered to be a proper way of delivering them, I consider the cheque to be delivered properly and hope that this will help to bring matter to its end.

12. Next answer arrived much quicker. It is probably due to this rush that was slightly below the standards expected from the official letter send to a taxpayer by a city council. To sum it up, the letter stated that one should not place important document behind the windscreen wiper of a vehicle, as it can be easily stolen. There were also some doubt risen about my sanity.

I was happy to ensure them, that I feel perfectly well both on the grounds of my body and my psyche. I reminded them that stealing is a crime, and therefore we should not act on the basis of assumption that someone would steal their cheque from under the windscreen wiper of the bin lorry.

13. I guess they were no longer amused. The next letter contained PLENTY OF GIANT, RED LETTERS and informed me, that the matter will be now dealt with by Sheriff Officers and Messengers in Arms. But if I don’t like it, I can always appeal to a Parking Tribunal in Edinburgh. Of course I did not liked it, so I appealed to a Parking Tribunal in Edinburgh.

14. The Parking Tribunal in Edinburgh was innitialy unable to understand the issue: I paid my ticket, I agree that my car was parked on double yellow lines and I still want to appeal? I then explained to them that I am not willing to contradict the ticket itself, but I am not happy with the fact that I am charged extra money even despite the fact, that I paid a fine within 28 days from receiving a ticket. They finally agreed to consider the case and set a date during one of their sittings in Glasgow, thus sparing me the trouble of travelling to Edinburgh.

15. About a week before set date, I’ve received a letter from Glasgow City Council. It said that my ticket was cancelled. Now, that’s a different story. I rushed to write a letter in which i pointed out that if the ticket had to be cancelled, then I assumed it was issued wrongly and therefore I paid money I should not paid. I demanded my 30 pounds to be returned to me.

16. I never got any more letters regarding this matter. But on one sunny summer Sunday I logged into my internet banking to discover a payment of 30 pounds from Glasgow City Council. 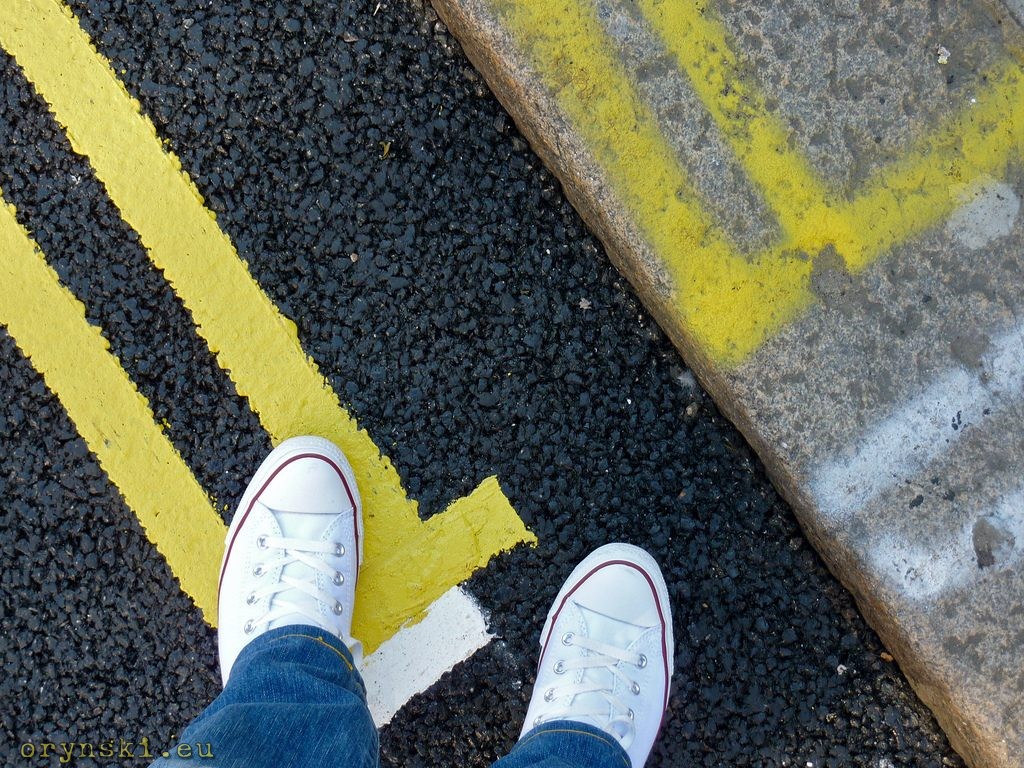 So if I was able to fight the beast of beaurocracy in a way, that allegedly only a Briton would be able to, does it mean that I am British already? But how, as when humbly and politely keeping in line with the law and wisdom poured down on me by officials, I was inspired by one of my favourite character of the classic European literature -Jaroslav Hašek’s good soldier Švejk. Does it mean that he was British as well?