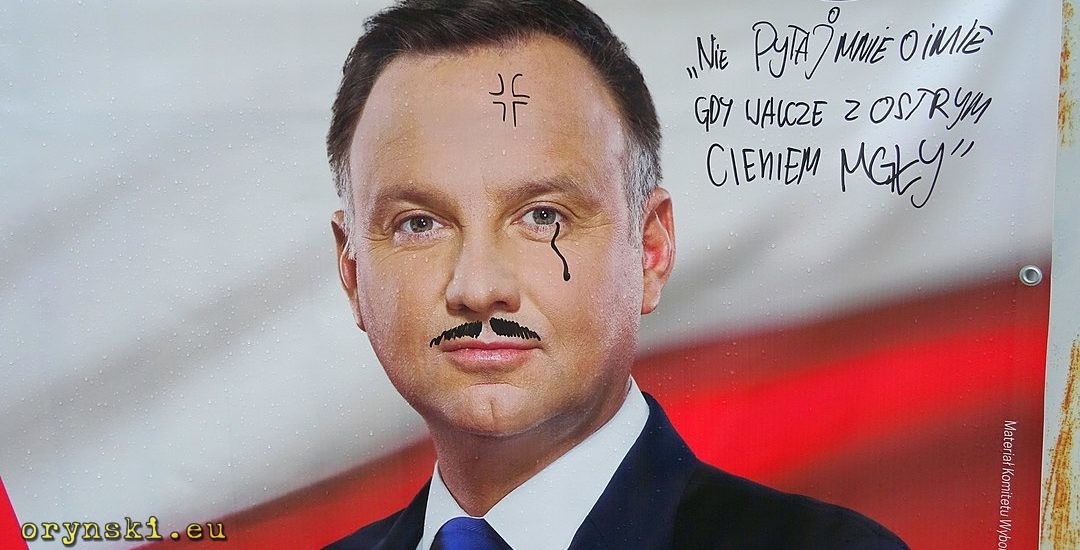 According to exit polls, the first round of presidential elections in Poland brought no surprises to anyone. Incumbent Andrzej Duda came up first with just over 40% – which was much less than PiS hoped for. In the second round, he’s going to face Rafał Trzaskowski (who gained about 30%) votes, mostly at the expense of independent Szymon Hołownia (13%) who owed his earlier popularity mostly to the fact, that PO’s candidacy of Małgorzata Kidawa-Błońska was a complete disaster. As soon, as she has been replaced by popular Trzaskowski, Hołownia’s hopes to get into the second round were gone.

Lower in the ranks situation seems to be more interesting. Bleak Władysław Kosiniak-Kamysz of PSL received only about 3% of votes, about the same as Robert Biedroń of the Left, whos result can be probably seen as the biggest defeat of this election. On the other side, Krzysztof Bosak representing extreme right came up with about 7%, which is a great (and scary) victory for the radical right flirting with neo-fascism. He owes that success to the fact, that unlike most of his party colleagues, who are unpredictable fringe radicals, he consequently has been building his position as a responsible, cultured politician over the years. He was right-wing enough for radicals and mainstream enough for those, for whom fascism is a step too far, and he enjoyed wide support across his platform.

Meanwhile, Biedroń candidacy has been criticized in the ranks of the Left since the beginning. He is seen by many as a man, who squandered his popularity by standing up in every election possible and then failing to deliver on his promises. He is also often considered to be just left-ish and more of a centrist populist – being openly gay does not make anyone leftist yet, and left-wing electorate longs for someone truly upholding leftist principles. Someone like Agnieszka Dziemianowicz-Bąk, a former Razem activist and, since last elections, one of the leading left-wing faces in the parliament. To benefit from her popularity, she has been made in the last days of the campaign chief of his electoral committee, but even she was unable to get water out of a stone.

When it comes to the distribution of votes, the classic divisions are still there: less educated people from small towns more likely to vote for PiS, educated people from bigger cities more likely to vote for Platforma Obywatelska. There is also a clear divide between eastern and western Poland, with the East being more right-wing (in Podkarpackie Duda and Bosak shared over 70% of votes between them).

There were many irregularities reported during those elections: some voters received ballots without the mandatory stamp, some voters abroad haven’t received their postal voters on time (or at all), and the Polish embassy in the UK published a picture from Consulate in Belfast: in the sealed ballot box one can clearly see packets of votes tied with a rubber band – that would have no chance to fit through the slot… (I enquired about this situation but up to the moment of the publication received no answer from the press services). It is too early to say if those were attempts to rig the elections, or if they were simply a result in the exceptionally bad organisation.

The bottom line is: as in all presidential elections in XXI century, Poland will have to decide in the second round between the PiS and non-PiS candidate. But never before so much was at stake. So buckle up, the oncoming two weeks of the campaign is going to be really wild.

But as at this moment, the participants in the presidential race are gathering their breath before the final sprint, let’s look at what have we missed in the heat of the campaign recently:

– the court in Poznań slapped Amazon and returned it’s unfairly dismissed employee to work. It left no doubt, that Amazon’s employee’s evaluation system, in which they have constantly meet the ever-growing norm. The court’s ruling supports claims of the trade union, that such system is unfair – the judges described the scheme as “downward spiral”, especially that while being below norms is used to punish worker, exceeding them is not taken into consideration.

– meanwhile, in the court of Oświęcim the final speeches of the sides have been made in the case of that unfamous traffic accident involving the column of then-prime minister Beata Szydło (read more here). The prosecution has been accused of rigging the case – the important witnesses have not been interviewed and the evidence has been destroyed in mysterious circumstances. The fact, that three prosecutors involved in the case resigned shows, that those accusations might not be without merit. Apparently the one that finally brought the case to the court has no moral objections, as he dared to ask the accused – a young driver of Fiat Seicento, that has been rammed by prime minister’s limo – why hasn’t he apologized to the prime minister, and why haven’t he thanked her driver for saving his life?

– the last-minute visit of President Duda in Washington was, as everyone expected, just a PR stunt before elections. Apart from the picture of him signing a guest book (although described in the pro-PiS media as the moment of signing of the important document), the only success was a promise, that the US will send more soldiers to Poland. Provided that Poland pays for it, and they will except from Polish jurisdiction even while on the Polish soil…

– Cezary Gmyz, a TVP correspondent in Berlin, known for his problems with alcohol and unruly behaviour, is being sued by German politician for tweeting about homosexual prisoners of Auschwitz, calling many of them “exceptional degenerates”.

– the annual mathematical competition for 8 years old has been an overwhelming success: 3152 of pupils came out flawlessly, without even a single mistake – comparing to just 8 kids last year. Could it be a coincidence, that due to COVID-19 pandemics, the kids were solving the quizzes on-line, under their parent’s supervision?

– Bishop Edward Janiak, one of the “heroes” of the recent documentary by Tomasz Sekielski about sweeping paedophilia scandals under the carpet in the Polish church (see more here) have been admitted to the hospital with the suspicion of a stroke: he was unable to speak coherently and the communication with him was very difficult. He went through the full round of checkups, including a tomographic scan of his brain, because nobody dared to point the obvious. Finally, some brave man called that “the emperor is naked” and he was tested for alcohol abuse. He had 3.44 promils of alcohol in his blood.

– To end on a positive note, the government is considering to make the computer game “This war of mine” a mandatory “reading” in schools. Since in the game the player takes care of a group of civilians trying desperately to survive in a sieged city, clearly inspired by Sarajevo, it has to be considered a brave move. The PiS government opposes taking refugees, up to the point of dehumanizing them, arguing that they should be helped where they are instead, but this game might show the students that the refugees are people like everyone else who might actually have a good reason to try to come to us.

This piece was written for Britské Listy
Picture: Stiopa (CC 4.0)