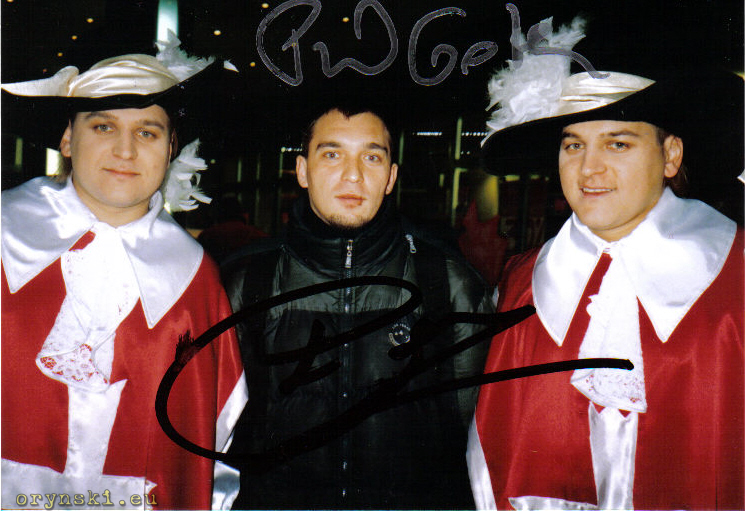 So at least for once Poland under the rule of PiS is Europe’s leader in something. Shame it’s in COVID-19, but it’s always something. Recently in Poland the number of death exceeded that of Great Britain – 548 vs 462. The number of infections is also similar (25571 vs 26860 respectively). But there is a didference: Poland carried about 56 000 tests while Britain, the country of about 1.6 times more people, had 400 000 of them (and was vastly criticized for it that it was not enough). So it’s pretty clear which country is in the worse situation.

The government response so far is at best chaotic, but many consider it to be a total disaster. Yes, the National Hospital at the Warsaw’s stadium is up and running, but it seems to be just a Potiomkin’s village: only people, who are not too sick can be admitted, and that provided they can walk, have no other diseases, don’t have too high fever and arrive with the battery of tests already done. If they get worse, they have to be transferred to a regular hospital. That are already at the verge of collapse and from desperation ask for donations in social media. There is shortage of everything: apart from PPE many hospitals desperately need such basic things likee bin bags, tissues or soap. The government’s solution to the problem? National pride. After they refused help offered by Germany, there is a new program in which every of the 2477 local councils in Poland can receive a flagpole, so they can proudly display Polish national flag in celebration of the 100th anniversary of the victory over Bolshevik in Warsaw’s battle. Of course it is a bit too late for it, as the battle took place in August 2020 and PiS, as usual, after bold promises completely botched up organisation of the celebrations, but at least now they have money to fund that flagpole project – they use money assigned for the COVID-19 response. Yes, you’ve read it right. The hospitals are at the brink of collapse, we barely do any testing and all government did is building Potiomkin’s villages and flagpoles. Meanwhile government refused to publish the new law that introduced further measures helping in fighting COVID that recently passed the parliament and had already been signed by president Duda. They claim that they can’t do it, as PiS MP’s made a mistake when they voted and supported the correction introduced by the opposition and the health service workers, who work with COVID would be paid extra money. That cannot be allowed, as government has more pressing things to spend money on – like 6 000 000 zł on flagpoles mentioned above. So they refrain from publishing this bill until it will be amended. And guess who’s to blame? You got it right, of course it’s the opposition. The opposition, who was blamed at first for that because they demanded 24 hours to get familiar with the project, the bill has to be delayed by one day. Now the government delays it’s for weeks – and illegally, they have no right to refrain from publishing a legal act – and it is still their fault. Typical PiS.

Anyway, it turns out that, after all, Germans might help us after all. Joanna Lichocka, a PiS MP known mostly for sticking her middle finger to the opposition and a party collegue of another female MP who shouted “let them go away” at the doctors striking in hope for better pay and better funding of the health system came with the idea that, actually, if Germans want to help, they should send Polish doctors working there back to Poland. I happen to have a friend who is a Polish doctor in Germany, she told me she is not packing yet…

But of course government can always attempt to make sure that the most needed specialists in this difficult times are well paid. And so they did just that: the Ministry of Culture just published a list of artists who received government support. Allegedly there was some wise computer algorithm that estimated who has the biggest losses that should be compensated by the government, but it seems that the artist’s connection to the ruling party is a very significant factor in that calculations…

Anyway, while nurses and paramedics risking their lives in the fight with the COVID pandemic can enjoy a huge perks such as extra 2 zł per hours for COVID ambulance crews, a bit forgotten band Golec uOrkiestra, that has been most popular about 20 years ago, got almost 2 000 000 zł and Bayer Full, a Disco Polo band, who’s leader is a common guest on TVP when he praises PiS and the government, got over half a milion. Those are sums comparable, or much bigger than those received by the well established institutions like Opera houses or musical theatres.

The ministry of culture decided to freeze the project to investigate after it has emerged that on the list of those beneficiaries one can also find some companies with no prior history of cultural activities. But perhaps they just listened to government’s advice and decided to change industries? In anyway, the life is wonderful for everyone. Artists, some of whom earn so much that, if we believe this rapper, they could stop working for the rest of their lives and still enjoy a comfortable live got millions. The entrepreneurs and businesses can “get government’s help to transfer their businesses to different, more profitable industries”. And the ordinary Poles? Well, they simply got more money now, as all that cash they were spending on going to swimming pools, restaurants or cinemas now stays in their pockets as our deputy finance minister was kind to explain.

And artists are not the only ones who can count on government’s generosity. According to onet.pl, for many years now the government provides grants, or even military training to extreme right wing groups. Such like those that organize annual marches in Warsaw on the independence day, which this year ended in even more riots than in some previous years, despite much smaller numbers of participants due to COVID restriction. Still, this year they managed to burn a hire bike station and set fire to someone’s flat:

They didn’t really wanted to set this particular flat on fire, they were just throwing flares aiming at the one above it displaying the LGBT flag and a banner of Women’s Strike, but according to march’s organizer Robert Bąkiewicz it’s OK, “because the flat they set on fire was empty and police was provoking them elsewhere”. To a surprise of nobody but the nationalists and the TVP, the police arrested man responsible for setting fire to the flat (which, by the way was not empty – it was an artist’s atelier, full of valuable pictures) and he turned out to be not a provocateur from the police or Antifa, but a football hooligan with a criminal past.

Although it might be true that police provoked nationalists – with their presence. Here you can see how by merely standing at the side of the march they provoked response worthy of the Suicide Squad from Monty Python’s Life of Brian:

Seriously though, the behaviour of the police was at least questionable. For some reason the riot police has beaten the journalists and shoot rubber bullets at them – a photoreporter from Tygodnik Solidarnosć was hit in the face.

And the Polish government behaves with similar gentleness at the international stage. Despite their warnings that EU plan to make payments of the EU funds conditional of the observance of rule of law is “yet another German plot to colonize Poland and take away our sovereignity”, the plan is going ahead, and it seems that even Polish veto won’t do much to stop it. The only result will be that Poland is going to loose billions of EU funds in those difficult times, annoy every single one of our partners (perhaps apart from Hungary) and PiS in the right will get even more fuel to their anti-EU rhetoric (as it will be, of course, the fault of that naughty European Union that tries to impose their leftist ideologies on us by force).

TVP invited extremely peculiar – even for them – “experts” to discuss the issue: a pro-government journalist have been accompanied by a extreme right-wing activist with just a primary education and a MMA fighter.

It does not seem likely that PiS even considers change of course – as proved by education minister Przemysław Czarnek who just announced that he is to introduce changes that would exclude conservative and Christian academic from facing disciplinary action for their discriminatory views such as anti-LGBT sentiments etc. Incidentally, the very same government recently announced to punish people who dare to criticise church…

And it seems that they might getting themselves a lot of work, as the church is not having a good time recently. A documentary produced by TVN shows that cardinal Stanisław Dziwisz, life-long secretary of the pope John Paul II and later archbishop of Kraków has been knowingly hiding paedophilia cases and was involved in other corruption scandals during his time in Vatican. But the most shocking part of that movie is the scene, when (after weeks and weeks of desperate attempts) the reporters finally managed to speak with Dziwisz on the phone and he sounds genuinely surprised and appalled that someone dares to question him, a secretary to the Pope, servant of the church and of the nation!

Just days after that movie was broadcast, the Holy See published a report related to cardinal Theodore McCarrick, showing that pope John Paul II was aware and perhaps even actively covering paedophilia scandals as well. This report completely derails Polish church’ narration, according to which John Paul II was kind of Schrodinger’s pope: he was a brilliant and brave statesmen and people’s leader when fighting communism, but a completely lost old man who was completely unaware what is going on around him when it comes to paedophilia in the church. The church reaction seems pretty meek, they seems to have more important issues to be outraged about, such like a journalist who wrote that nuns work as housekeepers for the bishops, which is apparently humiliating and discriminatory to women (writing about it, not working as housekeepers and cooks that is). Only Tadeusz Rydzyk reacted, saying that it’s yet another attack on church and managed to blame “sexualisation of children” for the church peadophilia.

The public though, is outraged. In Warsaw, someone amended names of the streets and institution named after John Paul II, so they are now remembering “victims of John Paul II”. In Wrocław the left, along with members of the public, petitioned to change the name of the John Paul II square back into “1 may square” – the name was changed shortly after pope’s death despite objections of the vast part of the residents and was never fully accepted – many people still use the old name. A controversial sculpture of the Pope throwing a stone (see here) has also disappeared, although people suspect that, after his paedophilia sins were exposed, he was simply transferred to another pond, as the church do.

Because this is exactly what happened to that priest who threatened participants of the women’s strike with the rifle (see here): after being removed from his parish in Czernikowo and suspended for a while, he was given a new parish, in a village of Korczewo. But this time the locals won’t have any of it: after they found who he is, they simply got up and left the church and now demand for him to be kicked out and a hitherto vicar to be made their parson.

PiS promised that under their rule, Poland will get up from it’s knees. And it seems that they deliver, albeit not exactly what they had in mind: Poles are no longer willing to kneel under the boot of the Catholic Church!

This text was written for Britské Listy
Picture: Sławek via Wikipedia CC 2.0