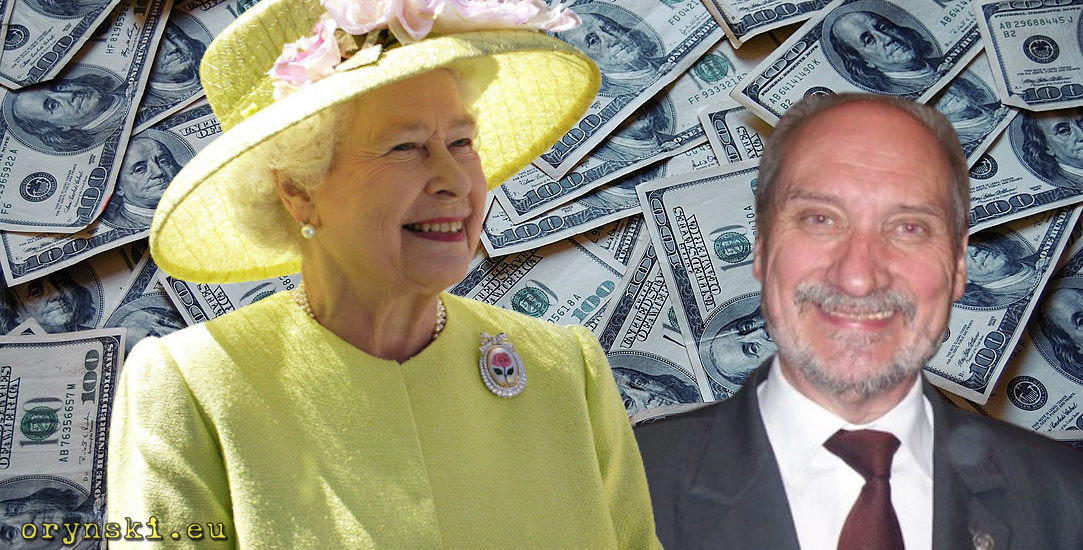 There used to be an old joke about hares escaping to Poland from the Soviet Union. “Why are you running away to us?” asked Polish hares? “Because there is the new law in the Soviet Union, that every rabbit has to have its third ear cut off!” answers the Soviet one. “So what are you afraid of, you clearly have only two ears?” asked the Polish one, confused. “The problem is, that they cut them first, and count them only after”. This old joke might get back into use in Poland now, due to the new law proposal by PiS MP’s.

In that proposal, most likely inspired by the fact, that Poles en masse refuse to accept tickets handed to the police for alleged breaking of the invalid COVID regulations and go to courts, and the courts keep their side, which makes the whole exercise of sending police to enforce illegal laws futile. So the new idea is: you won’t be allowed to refuse to accept the ticket. The cop will just give it to you, if you don’t pay it, the taxman will take money from your bank account. But you can go to the court and contest it, and then hopefully, if all goes well, get your money back. And it’s all for your good, as the proponents observed that “refusal of the ticket is often an ill-thought and impulsive decision with dire consequences, as it results in the necessity of undertaking several actions related to the accusation”. So if that goes ahead, the state will make it easy for you and you won’t be able to disagree with the police officer soon. Or, perhaps, you weren’t able to disagree with the police officers for some time now already, because when PiS introduces new laws, they don’t really care about such petty rules like lex retro non agit. Just look at this new ordinance on COVID vaccinations from the health minister: It has been issued on 31th of December 2020, it has been published on the 4th of January 2021, and it comes into force… on 27th December 2020.

So if you did something wrong on the 28th of December, it’s your fault, because you haven’t anticipated what the minister will decide two days later! Here’s your ticket, pay it, and then go to the court, if you wish so. Because we might introduce the law that makes it the only option in the future.

And if you won’t pay it, the tax-man will make sure that the state collects its dues. Or tax-priest, you never now. As amongst the employees of the Tax Office, there are 11 chaplains, who are there, probably, to ensure that you “render unto Caesar the things that are Caesar’s and unto God the things that are God’s”. Because I somehow can’t think of any other reason that the tax office should employ priests at the mere 6000 zł per month (on average).

On the other hand, as every Pole knows, priests are experts on everything. We are used that they are invited to radio and TV to speak on matters they are particularly known for having a first-hand experience of – like abortion, marriage, women’s rights, and so on. Since they don’t have abortions or get married and still are considered experts in the field, it’s just natural, that, despite not really having to pay taxes they are experts in that field now as well. And now it turns out they are also medical experts. During the mass broadcasted by TVP (yes, they are not only about government propaganda, but they are also about church propaganda as well) came with an interesting intention for a prayer “All presently produced vaccines for COVID-19 are made with the usage of the bodies of aborted children. Let’s pray for scientists, so they develop a vaccine that is not morally controversial”! Surprisingly his superiors have distanced themselves from him, claimed that those words were unscripted, informed that they have reprimanded him, and apologized for him. Poor sod, if he was just molesting children, he would probably never been punished so hard…

But the women, who participate in woman’s strike can also be met with the wrath of some people, most likely also related to the church. One such woman from Białystok woke up to see a giant picture of lighting, the woman’s strike symbol, hung from the gallow painted on her driveway. When she asked around if someone seen something, she was told: ”she should be happy [it ended only like this], because she wanted to overthrow the government”, that “she is gay”, “she supports children being sold to Ukraine” and that “the falling devil has a symbol of the lighting”, whatever that means. Very informative, for sure, but did not help at all to find the perpetrators. Alas, they did not film themselves committing that crime as those in US Capitol did.

But thanks to an enormous load of video clips and pictures from the Capital we can know, that, in some twisted way, some of our compatriots were trying to follow the steps of Kościuszko and Pulaski. A big man in body armor decorated with some radical right symbols accompanied by the symbol of Polish Underground was pictured waving a Polish flag that looks like it was pissed on, but on close inspection, it is actually on the same pole with the yellow “Don’t tread on me” snake flag. Which, actually pretty much the same thing.

To my surprise, he was not praised by the Polish government-controlled TV station TVP, which was rooting for Trump so much that still failed to accept Biden’s win, but this might be perhaps because of the fact that according to their expert, the whole attack on the Capitol was staged by the Antifa provocateurs.

As if it was something bad. They like provocations in TVP. Remember, they had that reporter, who pulled all the rubbish from the bin and threw it around the park to shoot a story about how dirty the park is under the rule of the opposition mayor. True, he lost his job in TVP after his endeavors were filmed and posted online (we wrote about it here) but now he has an even better job. He now works in a regional council office ruled by PiS. I guess now he has many more ways to annoy the local mayor…

Attacking people seems to be now the most trendy way to achieve something in Poland. After a gynecology professor criticized the infamous verdict of Julia Przyłębska’s Tribunal (formerly known as Constitutional Tribunal), the pro-life organization is known mostly for placing posters with aborted fetuses outside hospitals attacked him personally with billboards asking “Is cruel murder of a child a help to mother, dr Zimmer?”. Then there was a picture of his hospital and a gore picture of an aborted fetus and at the bottom, it said “In dr Zimmer’s clinic 118 children were aborted in the years 2014-2018. During abortion babies most often die of strangulation”. I hope I don’t have to mention, that in prof. Zimmers performed only abortions legal under Polish law (until recently) that is in cases when the mother’s life was in danger, when the fetus was heavily deformed and if the pregnancy was a result of rape or incest.

I honestly don’t understand what pro-lifers want to achieve by plastering the streets of Poland with upsetting pictures of fetuses. Surely, they upset all mothers in endangered pregnancies who need to pass them on the way to the hospital. I doubt they would achieve anything with women who want to have abortions of unwanted pregnancies, because firstly they are usually performed much earlier, and secondly, those women are usually educated enough to know that it does not look like that horror stories perpetuated by pro-lifers. So what’s the point? Do they have some weird fetish, perhaps? In that case, can they NOT do it in public? Polish Police for example until recently made it possible to rate corpses on the website asking the public to help identify unknown dead bodies. Yes, there was actually an option to give every corpse a rating from 1 to 5 stars, although after that was put on the spot by the media the police told that it was just an honest mistake by allowing one too many functions from the website template and have fixed it. So perhaps pro-lifers could use that template to build a picture with dead fetuses and enjoy them there, without the need for everyone else to see those pictures?

Actually, such a solution could solve many problems in Poland. Imagine how great our country would be, if we just taught Kaczyński how to play, for example, Sid Meyer’s Civilisation or The Sims? He would rule and divide over the whole planet there or control every single aspect of the life of his virtual lieges and meanwhile, all Poles could live in peace… Just as they do with Antoni Macierewicz’s “subcommission for explaining the Smoleńsk crash”, the one mentioned in chapter 3 of this series that did absolutely nothing meaningful since there, except burning millions of taxpayer’s money. It’s only visible activity are occasional announcements by Macierewicz every six months or so that “its report is ready, but it can’t be published yet because *insert random excuse here*”. The current excuse is pandemic, but the report will be published as soon as the pandemic is over.

Nobody holds their breath, everyone knows that it will be just some bunch of rubbish and conspiracy theories. But what really matters is that Macierewicz, the man who is either crazy or a Russian agent (or both) is not in charge of the army anymore. Perhaps this is a model Poland could expand for the rest of PiS as well, so it will be for them something like the Royal Family is for the Scottish people – they don’t really care. Yes, the royal family costs an enormous amount of money, but as long as they sit in their castles having their weddings and going to the horse races instead of ordering people to have their heads chopped off and waging wars across the globe, it’s OK.