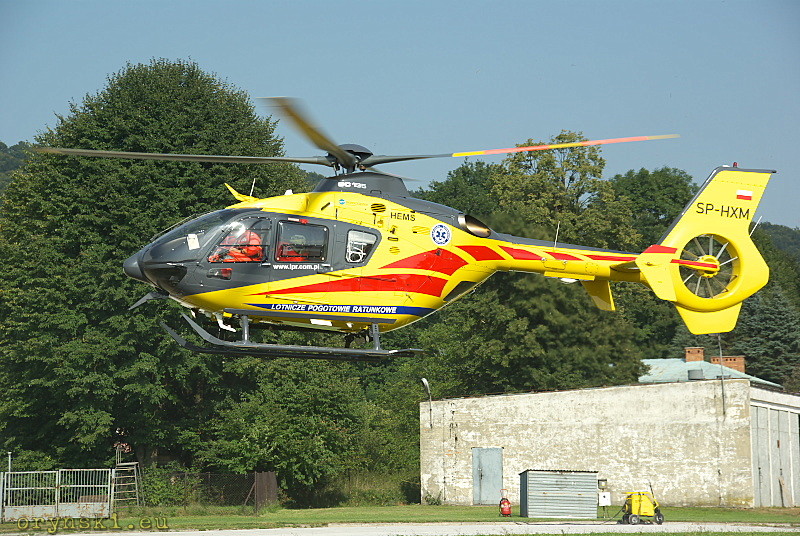 Remember last summer, during the peak of the COVID epidemics, where ambulances were queuing outside hospitals, and everyone thought that it can’t get any worse? Well, we should never underestimate the PiS government. Because now, the ambulances are parked in the yard and are not helping patients at all. There is not enough crews around to staff them. With the demands of paramedics being ignored by the government for many years, more and more are simply quitting their jobs. Unable to go on strike (as many of them were forced into self-employment years ago), they simply terminated their contracts. And so for example on 3rd of September in Warsaw of the 72 ambulances in the city, 42 had been parked up with no staff to drive them. As a result after a relatively light traffic accident on Marszałkowska, Warsaw’s major street right in the city centre, had to be attended by an air ambulance, despite the ambulance service having it’s headquarters literally just around the corner – at Hoża.

Some weren’t so lucky. A school student from Kostomłoty near Wrocław died, after there was no ambulance available for him – one was sent from Wrocław, 45 minutes away via the motorway (traffic permitting) and as the air ambulance from Wrocław was already engaged, a helicopter had been sent from Opole – to no avail, despite the fact, that the first aid was provided by the crew of three local fire engines.

Firemen providing first aid becomes more and more common view in Poland now. In some districts also the army has been tasked with covering for the missing ambulance crews. Bogna Janke, the presidential minister responsible for social dialogue said that “this is unacceptable that there is no ambulance to go and help the patient”. She said the president is open for dialogue, but the paramedics have to remember, that the government “has no money factory, and cannot pour money into pockets of everyone who demands it”. It is worth mentioning that Bogna Janke earns several times more than a paramedic and recently benefited from the pay raise where government officials saw up to a 75%pay hike.

Well, I for one know where the money for the paramedics can be found. And I not even saying that one hour of flight of the air ambulance costs 10 000 zł, which is about 4 months of paramedic’s pay. No, there is plenty of money being wasted: while the Concordat requires for the Polish state to “organize religious educations in schools”, there is no mention about paying for this religious indoctrination. Yet, the catechists are on the taxpayer’s payroll and the government does everything to hide the real costs of it. But the secular NGO’s used freedom of information request forms to ask local councils how much they have to spend on it. While only 81% of parishes in Poland answered the question, the numbers came to over a billion zł, which could allow a safe estimate that the whole religious indoctrination costs the Polish taxpayers nearly 1 500 000 000 zł per year… And as if that was not enough, the government is so keen to throw money at the church that they gave a grant to a former exorcist – see here – to build his broadcasting centre (under the pretext of helping victims of the crime) – he was granted 43 million even despite the fact that the land he purchased does not allow for such use (but my guess is that it won’t be a problem).

But it seems that paramedics might just give up. They can easily find better-paying jobs – for example at the tills in Lidl, and, honestly, after seeing how they were treated during the COVID-19 pandemics, how they had to buy their own equipment from their meagre salaries I have the utmost respect for their sense of duty that it took them so long to finally quit. And if the government won’t act fast, then we are in real trouble – some medical universities – like the one in Szczecin – decide to fold down their paramedic departments, as there are no people willing to get into that profession anymore.

Being a model, though, that’s an appealing career choice. So appealing that even Marianna Schreiber, a wife of a minister in the PiS government, signed up to the newest edition of a reality show Top Model where she openly admitted that she did it against his views on the role of women in the family. She’s brave, a wife of one of the Commanders in the Handmaid’s tale lost a finger for much less! Apparently, she is ready to go far to realise her teenage dreams, as while just three years ago she became famous for the anti-LGBT tweet, now she claims to be bisexual herself…

It is an interesting development – but in no way surprising. People on the right often turn out to have a second, less conservative life. As I write those words there is a big stir on Twitter after one escort girl published alleged screens from private messages (warning: NSFW, link) sent to her by a popular right-wing journalist, in which he describes – in great detail – what he would like to do her for 500 zł. I’ve reached to him asking for comment, but so far I have received no reply. Will that be yet another case of hackers trying to smear a decent, god-fearing man? Update: it seems to be the case. The journalist announced on his Twitter that the whole affair is fake and threatens everyone who writes about it with legal action. Good thing then that I only wrote about it as about allegation and tried to clarify it at the source, right? 🙂

Perhaps we should have some kind of policy that ensures, that people in Poland behave properly. But wait, it seems we already have one! A French woman driving past PiS headquarters has been stopped by the police for listening to the music with the lyrics “fuck PiS” and decorating her car with a logo and a slogan of the women’s strike. Despite the fact, that the magnetic sticker with the word “wypierdalać” had been removed, the police harassed the French girl and her boyfriend for well over an hour. The crew of three police squad cars were trying very hard to find something wrong with their car or their behaviour. The man has been charged with obstructing the police force when he tried to get out of the car to help his partner find a fire extinguisher. She failed to locate it herself and was fined 200 zł for not having it – despite a passer-by, who loaned her his own. Their car was taken off the road and they were told to deliver it on the back of a towing truck to the testing centre to confirm they have a fire extinguisher now.

It is appalling what the 6 years of the PiS government did to the Polish police. The force is understaffed, and while many experienced officers left, not willing to act as an armed force of the ruling party, or were made to leave, even after the significant pay rises the police still fails to attract new recruits. As a result, the entry requirements are regularly being lowered and it seems like the force is scrapping the barrel, and then if someone finally sings up, there are not enough experienced officers to train them. Scandals involving immoral or inexperienced police officers become more and more frequent, and sometimes police openly commit crimes, like when they tried to frame a truck driver into causing damage to one of the police car. But that is still nothing. Just in Lower Silesia in recent months three young men have died at the hands of the police. Apart from the case in Lubin (see here), a Ukrainian man was killed and just under a week earlier, another Polish man. All in the city where just a few years ago Igor Stachowiak was brutally tortured and murdered at the police station (more here).

Under that circumstances, it is even more worrying that Polish Government has introduced a State of Emergency in the districts bordering Belarus due to the influx of refugees and migrants pushed towards Poland and its neighbours by Lukashenko’s regime. The government claims that this is nothing unusual and that Latvia and Lithuania also introduced similar measures. But the laws introduced by Poland are the most restrictive ones and, unlike in the Baltic States, prevent journalists from reporting from the border. One could think, that this is the major reason for that new law – the journalists, opposition politicians and NGO’s were reporting on the scandalous treatment of migrants by the Polish border guard and other uniformed forces (see last week’s chapter), now the government will be able to do whatever their want and swipe all crimes under the carpet. First journalists who reported from the zone are already in trouble (they have been charged with filming the border installations – which is not true) which caused concerns in the European Council that monitors risks to freedom of the press.

Meanwhile, the group of Afghan refugees trapped at the border in Usnarz Górny (see last week’s piece) is still in Limbo – although they have received some humanitarian help from Belarus. The right-wing is pumping narration about Poland being at risk of being invaded by religious fanatics, but I have bad news for them: religious fanatics are already here: the old Jewish temple in Sejny has been a site of unusual activity by ultra-catholic radicals, who brought the portrait of “Jesus Christ, the King of Poland” to the location and then poured Holy Water onto the stairs to the building, chanting “God, open eyes of those Talmud worshippers, so they can see the true God!”.

Some say Polish Catholics are from the middle ages. I don’t know about that, but they sure are well behind the reality: the old Jewish temple hasn’t been a Temple for years. After the war, it served as a warehouse and for the last 30 years is an art gallery and the cultural centre…

This piece was written for Britské Listy
Picture of the air ambulance: Lowdown via Wikipedia (cc. 3.0)