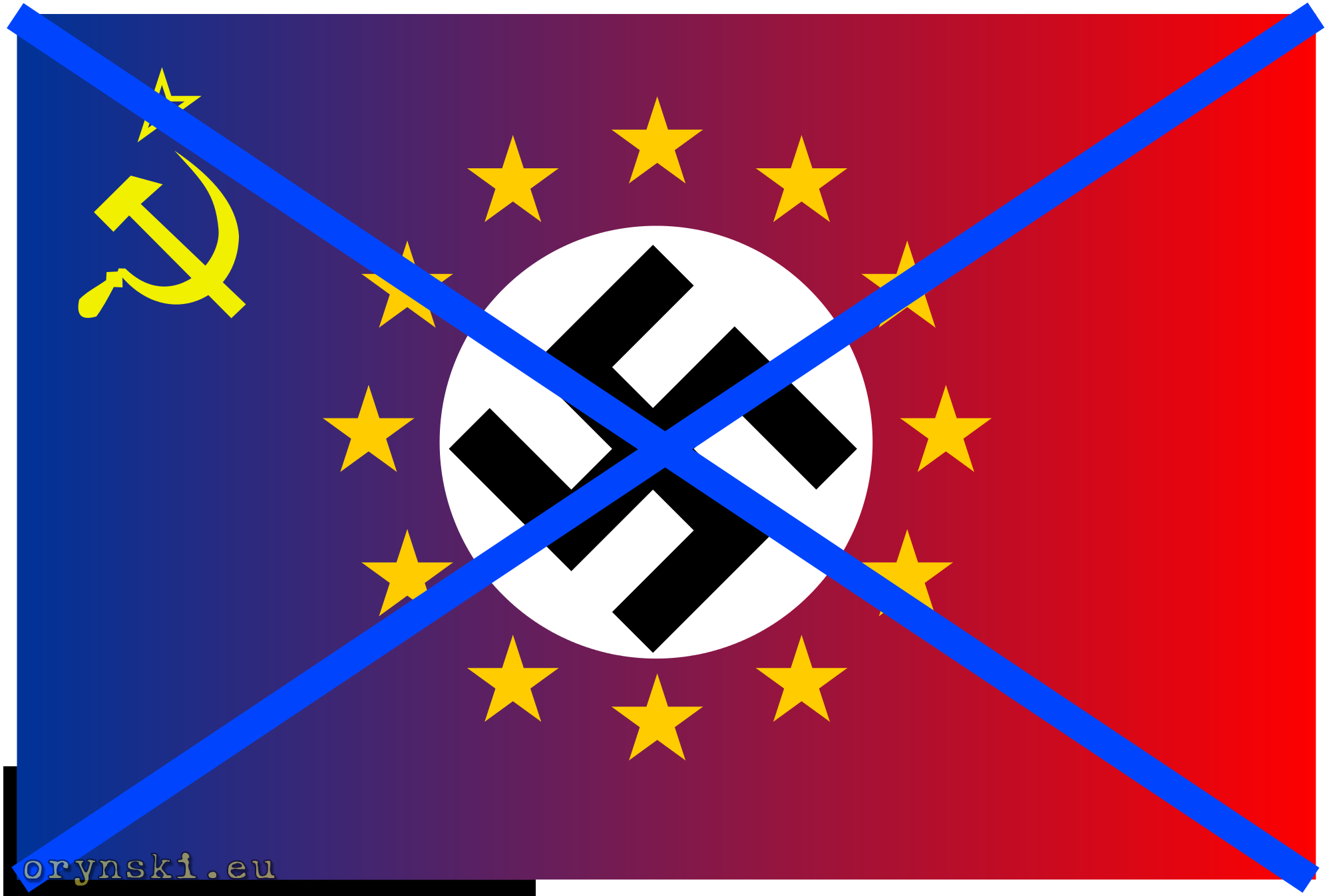 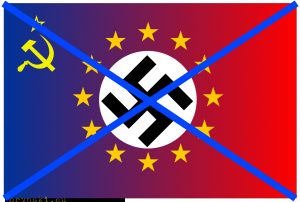 Those bloody European Institutions are after Poland again. Imagine, they did not agreed for minister Szyszko to give European money to his friends from right wing paper, so they could create an internet portal promoting his actions in Puszcza Białowieska! They say it’s strange that 6 000 000 zł was awarded to the organization, that has no prior experience or even interest in environmental protection and suspended that grant.

But of course European institutions aren’t always bad. For example recently European commission fined Lithuania for sabotaging transport to Polish-owned oil refinery in Mažeikiai. Lithuanian railways dismantled a short railway line connecting it to Latvian rail network and then to ports in Riga and Ventspils after the refinery owners, a Polish company Orlen, had chosen it’s competition to provide transport service for the refinery. Dismantling that short stretch of railway tracks forced trains serving Orlen Lietuva to use much longer route using Lithuanian rail network. Lithuania do not agree with the fine and “will use all means possible to protect Lithuanian interests”. I wonder what would be the Polish government’s stand on that: will they consider the Tribunal ruling as “surprising misunderstanding” and ignore it, as they did with it’s ruling regarding logging in Białowieża forests, or this time they would expect the ruling to be respected? Well, the example goes from above, and even if Polish government would use double standards here, they won’t be the only ones. As TVP has informed “Brussels allows spain to beat people and prevents us from fighting bark beetle”.

Although when it comes to beating Catalonian voters, the right wing in Poland is ambivalent: “If Catalonia were to be right wing, then such separation could make sense, but if not, then Spaniards should sink them in blood” wrote one of the right wing troll-twitter account. This tweet gained pretty good coverage in Polish twitter-sphere. Officially, so far the right wing politicians did not took any stands on events in Catalonia. Only Jacek Saryusz-Wolski, recently kicked out from Platforma Obywatelska for allowing PiS to put his candidacy for president of European Commissions against Donald Tusk expressed his joy when he heard, that Catalonians sing a song that has become a symbol of Polish fight with communism in 1980: Mury by Jacek Kaczmarski. It always feels right-winger heart with pride when he hear that any thing Polish is important somewhere else… What he did not knew is that “Mury” is simply a cover of Catalan song “L’Estaca” by Lluis Llach, Catalans might not be even aware that someone in Poland translated it into Polish, they don’t look up at the Polish example of fight for freedom as Wolski seems to be suggesting: for them it’s just one of their songs… You see, right wing people, contrary to what you might think, Poland is not the centre of the world.

On the other hand, Poles were always suffering. An employee of National Institute of Rememberance claimed that we had it even worse than Jews during Nazi occupation. Ok, Nazis have put heavy taxes on Jews and forced them to wear armbands with David stars and pushed them into ghettos, but at least they were allowed to self-govern – he argues. There were Judenrats, and there weren’t any Polenrats, so who had it worse? In his pursuit for truth he went so far from the reason, that there is hope that he will support a struggling scientific project: a crowdfunding scheme to raise 1 500 000 zł for a special drone that would finally prove that Earth is flat is so far not going very well…

But what to expect, if PiS, despite its declarations about ending nepotism in Poland, makes sure, that jobs are given to the right people? It’s not a surprise that daughter of the biggest hypicrite, Stanisław Piotrowicz, PiS leading legal expert and former communist prosecutor ensured, that his daughter will get a nice, cosy job. Despite not having required qualifications and experience, she was appointed a prosecutor in Krosno with an use of the loophole, that allows to override a formal recruiting process if the candidate is named by the state prosecutor. Stanisław Piotrowicz seems to be not bottered – it’s only a nepotism when THEY do that.

But anyway, who need some state officials anyway? Prosecutors, judges, bailiffs… If the political aim is to be achieved, nobody cares. A special commission was established to verify re-privatisation fraud on the Warsaw property market but de facto to attack president of Warsaw, Hanna Gronkiewicz-Waltz before oncomin local elections. She does not respond to summons from the commission, rightly pointing out, that its legal status is questionable, so the commission chief and deputy justice minister Patryk Jaki decided to fine her and seized money from her private bank account, thus proving that he has no idea about the law, as she was summoned not as a private person, but as a president of Warsaw. Shame, that PiS is such a bunch of hypocrites, as otherwise one could hope, that those hefty fines imposed on Poland by European for illegal logging would have to be paid by minister Szyszko and not by the taxpayer…

Speaking about minister Szyszko again, he will probably get busy, as his collegues are in trouble again. Near Bartoszyce a hunter shoot the dog accompanying the mushroom picker. At the moment of the shot, the dog was merely 5 metres from its owner. The hunter declined to speak with the press, but according to the police he admits shooting the dog, arguing, that it was in self defence, as the dog was barking and running in his direction. If that was the reason to kill the dog, then my friend, who used to work as a postman, would be probably responsible for a small canine holocaust, so no wonder that more and more people in Poland don’t want to have anything to do with hunters, considering them sick and deviant people – “Nie podaję ręki myśliwym” – just one of the many organizations protesting against hunting laws has over 27 000 followers on Facebook.

But avoiding contact with hunters becomes harder and harder, especially under the new laws forced by PiS government last year. They were granted rights that outrage many people – for example they can hunt on private land without asking owner’s permission. And, as the aforementioned case shows, they don’t hestistate even to hunt your dog – as the mushroom picking lady was walking in the private forest owned by her family!

Those laws are being protested not only on Facebook. Popular writer Andrzej Stasiuk and his wife just sued local government for designating a hunting district that includes their private land. They are supported by animal rights groups and environmental organizations, but this is also an important issue in the light of the right to ownership: under current PiS rules, hunters are not only allowed to enter someone else’s property as they wish and pollute it with led pellets, but also the owner’s right to use his own land is limited, as he might be removed from it when the hunt takes place, and if he refused, he will have to pay a fine. They had to go to the court as the law does not allows the landowner to opt-out from being part of the designated hunting district (unless for religious reasons – we were writing about those changes in one of the first pieces of this series).

That’s in court. But some things can be now achieved only by the mass street protests. As I write those words, the streets of Polish cities are flooded with women with black umbrellas – this is yet another chapter of fight for women’s rights, staged in anniversary of the first protest prompted by attempts to tighten anti-abortion laws. The protest achieved a partial success – tinkering with abortion laws was postponed, but some other changes were introduced anyway. For example an emergency anti-conception pill Ella-one now requires a doctor’s prescription. This makes obtaining such an emergency medicine nearly impossible, as not only people have to wait for weeks for doctor’s appointment, but also because doctors often refuse to prescribe anti conception invoking conscience clause. Minister of Health Konstanty Radziwiłł, himself a doctor, stated, that he would not prescribe such pill even if his own daughter was raped. Instead he would “flood his grandchild with love”. I don’t really get this – if the child, even conceived as an effect of rape is gift from God, then surely impotence is as well? And yet Viagra was made available over the counter.

Sadly, the street protests are the only way to achieve anything in today’s Poland. With Catholic fanatics at the government, there is no point in approaching them with such silly ideas like woman’s rights. Well, one can always try to hit a proper note, like a Polish scout, who has been detained in Montenegro after he set fire to the forests there, causing millions of Euro worth of damage. He claims that this is a conspiracy, as the rescue services asked him to set the fire to establish his location after he got lost in the mountains and now try to frame him into all the forest fires in the country. He can’t stand being “taken apart from his country, language, family, friends and the church”. He wrote to President Duda: “I know that you have the whole Poland on your head and are very busy on a daily basis. I am immensely grateful for that. I pray for you and for the whole Polish family. But despite all that, I hope, that you’ll find the moment to look into my case, so I can come back to my family”.

Of course it would be ridiculous to expect, that Polish women rights activist could write something along those case to the current president. Perhaps, if the representative of the left was elected, things would be different… But that would not have to be Magdalena Ogórek, a presidential candidate from Social-Democratic Left, as recently she revealed, that president Duda is her president and she voted for him. Well, she claimed that her appalling results are due to the fact, that Poles are not ready for a woman president. Apparently she wasn’t ready to be one either, since she did not voted for herself.

But don’t worry, if Poland is still “too leftist” for you, there is still at least one place to hide. During a recent game between two major Polish football clubs, the fans of the home team displayed a huge banner saying “Lech Stadium and footbal hooligans – the last bastion of freedom in Poznań tormented by the leftist paranoia”. Well, if football hooligans are now “the norm” in Poland, then this country is doomed.

This piece was written for Britske Listy.
Picture: Public Domain.

2 Replies to “Meanwhile in Cuckooland 40”