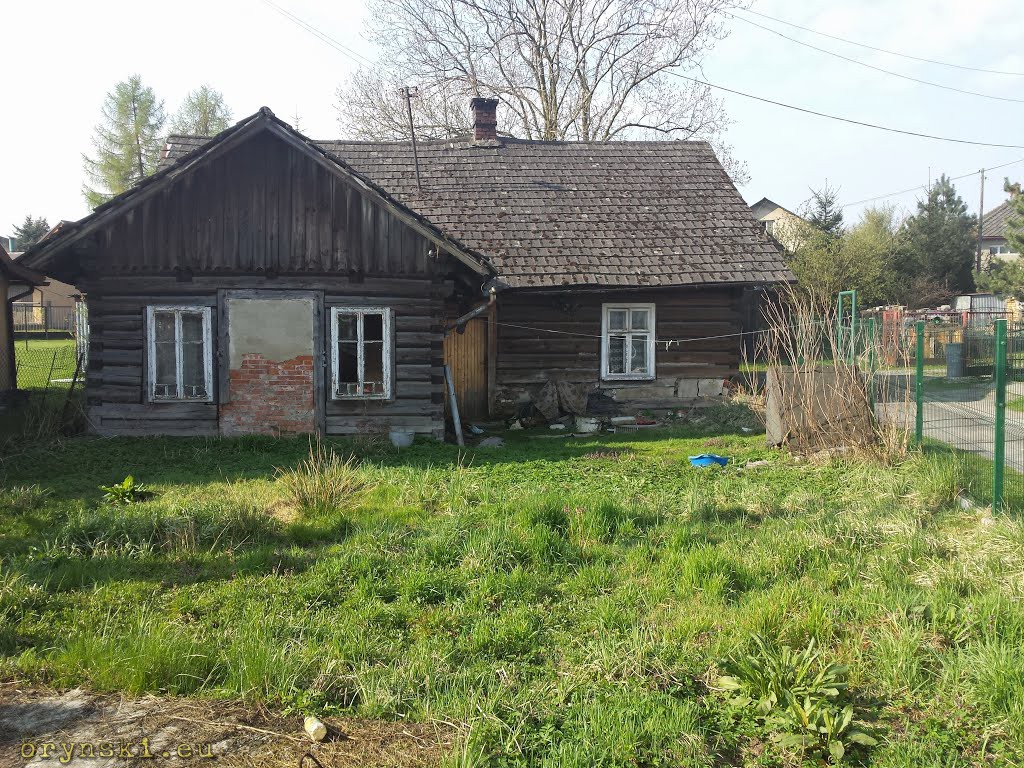 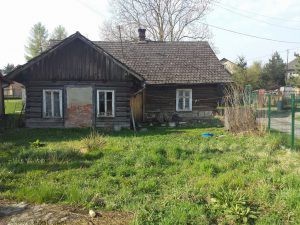 “Liberal-leftist groups first promote amongst vulnerable children and youth unnatural stands and relations and then, when those dysfunctive behaviours are picked up by their peers and, in extreme cases, end tragically, then leftist ideologists of moral pathologies turn the whole thing upside-down and falsely and brazenly lament about “murderous intolerance amongst youth”. Don’t spread pathologies and nobody will die. Don’t demoralise children and youth, let them in peace and in accord with the nature live their childhood and young age” – this was a reaction of PiS’s MP Krystyna Pawłowicz to the sad case of yet another young gay schoolboy who took his life after being mobbed at school. Actually I was about to ignore her, joining a boycott, as she seems to live of the hatred – not only of that she spreads herself, but she also seems to enjoy outrageous reactions to every single vomit she splashes onto her social media.

But in this series, although often with tongue-in-cheek, I am trying to show the problems that Poland is facing now, under the rule of PiS. As this is is not only about the bad government: Poland is experiencing a big social change, where things that even a decade ago would be unthinkable, became norm and even if not still approved, are widely accepted as something that “just happens”.

According to many PiS followers, it’s not just that two years ago the government has changed, as it happens often in civilised countries. It was, to quote PiS Senator Waldemar Bonkowski “an act of divine providence”, as if the previous government would be still in charge, some number of refugees would be invited to Poland, which for Bonkowski is a big problem. “You would make hell here if you let this culture in here” – he addressed opposition in Senate – “Those people cannot be civilized”. He knows, as he’ve been to Egipt and the Holy Land. “I was there some years ago, and I was now. I hoped something got better. But it’s even worse. It’s filth, filth, filth” – reports this hardened traveller “I don’t want to offend Polish piggeries, but it’s as if you went straight from your living room into a piggery… No, in Polish piggeries it is cleaner!”.

If such words are heard from the rostrum in the upper chamber of the Polish parliament, which until recently was considered to be that more civilized one, then is anyone still surprised, that the fascist former Catholic priest Jacek Mędlar, who is banned from entering Britain for being a radical preacher had his hate-speech case dropped, just like other leaders of the nationalist-fascist movement before him?

Well, perhaps they understand that children needs someone, who will explain the world to them, and they hope that leaders of nationalist movement could do it? As apparently one can’t hope for the Polish school after reform to teach children anything. As the kids went to school, parent’s reports of the mistakes and errors in the handbooks flooded Polish internet. Even such basic things like a map of Europe with flags of the countries seems to be something that the new standards of education fail to deliver – the German handbook replaced Poland with Monaco for example:

From their geography book, pupils can learn, that “settling people of different religions and cultures might in future lead to tensions observed currently in many European countries”. The biology book was just recycled old book, but with some changes. From the new version, pupils will learn that birth-control is bad. This information replaced the sentence, that birth control pills are more effective than “natural family planning”. The list of mistakes is endless but some changes seem to be put in deliberately. My friend has found in his daughter’s history handbook that fragment about press in Poland has been illustrated with collage of mostly right wing papers. The most prominently exposed title has an interview with Jarosław Kaczyński which has excerpt from it on the first page. It says “PO entered the shoes of SLD. It gave up program of repairing Poland”. Coincidence? I don’t think so…

And those are the books controlled by the government, as it has no influence whatsoever on what church is putting in their religious books, as teaching religion in Polish schools, although founded by the tax payer, has de facto extraterritorial status. From the religion handbook pupils will learn that “contraception changes women’s womb into dumpster” and that condoms, apart from not working, cause inflammations. Also, according to Polish Catholic church, onanism is worse than atomic bomb. I don’t know about you, but I would rather see Trump and Kim Jong Ul having a wank, or even masturbating each other than dumping atomic bombs at Pyongyang and New York…

Anyway, it is not a surprise that teachers and parents are not amused. They demanded to know, who is responsible for the new school curriculum. Ministry of Education declined to let them know, invoking right to privacy of the experts, but after being sued by educational activists lost in court and will have to release those names.

Meanwhile prime minister Szydło claims, that “she haven’t heard any critical voices about the reform of education”. Perhaps she only watches propagandist TVP? Anyway, the lies won’t help government any more, as they don’t stand the reality check. For example Minister of Education claims that no teacher will go unemployed, meanwhile according to teacher’s trade unions nearly 10 000 of teachers lost their jobs completely and 20 000 can only work part time. Further tens of thousands will now become bagmen, travelling from school to school, teaching just a couple of hours per week in each in order to make up their pensum. Do I have to explain how extremely difficult it would be for the head teachers and their pupils from the logistics point of view?

Anyway, the results of PiS education can be dreadful. It’s elites are educated in the old system, and the standards they represent is appalling already. As you might remember from previous chapter, Samuel Pereira, who learned how to be a journalist in right wing magazines has basic problems with numbers. His colleague, PiS activist and currently a TVP journalist, made a fool of himself after accusing Gazeta Wyborcza of that opposition politicians are writing articles about themselves. Gazeta Wyborcza explained to him in a polite open letter, that the name of Sopot president above the article about him is not the name of the author of this article, but so called “index tags”, helping to categorise online articles. They wrote, that they might see when that misunderstanding came from, as in the pro-PiS internet portal the authors write under pen-names such as “Anatomy of Manipulation” or “Interesting Opinion”, but in Gazeta Wyborcza when there is an article about Film Festival in Gdynia or Citizen’s budget, it is not written by the festival or budget themselves, but by the journalists.

Probably because Gazeta Wyborcza still have some journalists, while right wing media have to work with propagandist and people, who don’t want to give their names as they are ashamed that they write for those rags…

And this is probably why in Gazeta Wyborcza we can’t read “the truth”, like for example that economy is growing, and the labour workers have it better than any time before. Unless they are slave workers from North Korea, that is, as the media have reported again that hundreds of Korean workers are still used by Polish employment agencies. Human Rights organization alarm about the condition of those workers, but the only thing government has to say on the matter is that targetting Poland is not fair, as other EU countries use Korean workers too.

But while for those poor lieges of Kim Jong Un Poland might not have too much to say, perhaps some of our southern neighbours would like to visit us on their own will? If yes, good news Czechs, Slovaks, Hungarians and Austrians! There will be some changes to train timetable, so now, for example, international Inter City train from Vienna to Warszawa will join two other internatonal trains – Kraków–Budapest and Kraków-Praha – and will stop at the station in prime minister Szydło’s 12 000 strong hometown of Brzeszcze. According to state railways, this station has “big potential”. Apparently so big, that it is worth diverting international train to this route so it can call here rather than in Katowice, a city of 300 000 people and a capitol of Upper Silesia Urban Area inhabited by nearly 3 000 000 people. It is not clear yet though, if the train will stop at Brzeszcze station:

so I am placing Google Streetview links to both of them, so you can compare it with Katowice train station and judge the “potential” by yourself:

And this is not the only one transport revolution PiS has in the pipeline. Remember that Central Airport, that PiS is planning to build despite the fact, that everyone tells that it is not economically viable, as it has no potential to draw enough passengers to be economically viable (more on that here)? Well, that can be solved easily. They will simply close Okęcie Airport, the biggest airport in Poland, used by nearly 40% of Polish air passengers, that only from January to August 2017 served more than 10 000 000 passengers… And after such a big hole created in the market, surely someone will come to the new airport build from scratch in Baranów, a little village half way between Grodzisk Mazowiecki and Sochaczew…

But let’s stop bashing PiS all the time. This week interesting things happened on the other side of the political spectrum as well. After one right wing MP told that old chestnut, that “feminism ends when a fridge needs to be carried four flights of stairs up”. Agnieszka Dziemianowicz-Bąk of the young social-democratic party Razem called upon Jakubiak to come to her place and carry the fridge up for her if he is such a macho. The whole left was thrilled to see how Dziemianowicz-Bąk “showed him”, but I am not so sure. If she wanted to prove his words to be not true, surely she would do better if she carried that fridge upstairs herself?

Luckily, other feminists rushed to prove him wrong. Journalists from women’s section of wp.pl internet portal published a photo reportage about how they had carried the fridge up by themselves. It took four of them to manage that task, so this didn’t worked well for the feminist cause either, as some people started to wonder: if it takes four women to do the job usually done by two men, then perhaps lower salaries for females can somehow be justified?

Well, for me it’s all silly. I live only on third floor, but we’ve recently carried a heavy piece of furniture up together just between me and my girlfriend. Because to carry fridges and other heavy items upstairs you don’t need neither feminists or macho men. You simply need two people, no matter how different, to cooperate for the common good. Will Polish politicians even learn that truth?

LAST MINUTE ADDITION: Breaking news: there is a new development when it comes to judicial reform. President Andrzej Duda came with his own bill, which would, just as the one from PiS, also break the constitution. But only a little. So it would be enough just to make some little amendments and everything will be fine – he proposed. The problem was that he wanted to amend the constitution, not the proposed bill.

To his great surprise nobody was really impressed by this idea…

This piece was published in Britske Listy.
Picture: Building in Brzeszcze by Andy Mendyk via Panoramio (CC 3.0)

One Reply to “Meanwhile in Cuckooland 39”