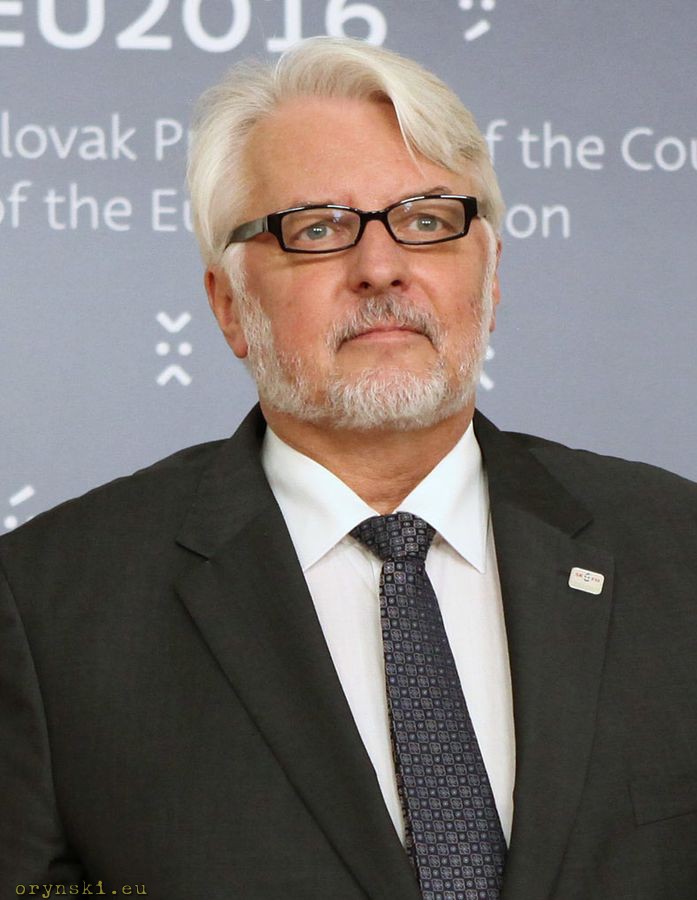 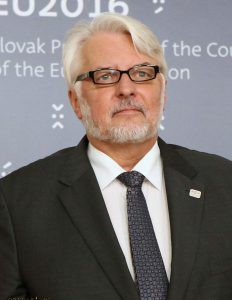 Minister Waszczykowski and his collegues from the Polish government call for Polish expats to come back to their homeland. They paint picture of Poland under PiS rule as the land of milk and honey. So far the response hasn’t been great, although media report on one migrant from Ireland that had recently came back. But his story is a little complicated: he was driving a car while being drunk and after narrowly avoided hitting two pedestrians, he crashed it. But that was not the end, as then he attempted to steal another one by attacking its owner. He was caught and given an alternative by an Irish judge: either to go to Irish jail, or to go back to Poland. Apparently Irish justice system do not share minister’s Waszczykowski opinion of how great country Poland is, seeing it as a fair alternative to prison. But on the bright note the drink-driver still have chosen Poland over jail, so it is not THAT bad yet…

At least he could feel safe here, as Ministry of Defence announced that “US Armored Brigade Combat Team stationing in Poland started its rotation”. Some pictures of that rotation already emerged, like that one of a military truck rotated in such a way, that it was lying upside down across the motorway in western Poland, blocking it completely.
Apparently US Troops are still trying to match BOR, Polish Government Protection Bureau, that constantly crashes government limos. Surprisingly nothing major happened recently on that front (but September is not over yet!), but BOR made the headlines nonetheless. This time not for smashing cars, but hotel rooms in Chojnice, after their stay turned into an alcohol fuelled frenzy. Perhaps they needed to relieve themselves from the stress, after they allowed a thief to steal a bag containing access cards to the most highly protected government buildings in Poland from a parked car?

A different kind of scandal took place in another hotel, in France, where Polish MEP stay when they are working in Strasbourg. As Jarosław Wałęsa MEP from Platforma Obywatelska and a son of THAT Wałęsa had his birthday, the hotel staff prepared a surprise for him: they placed a gift and a birthday cake on specially decorated table. Unfortunately for Wałęsa, a PIS MEP Zbigniew Kuźmik got up earlier, ate this cake and nicked the present. He had assumed that this was for him, as his birthday were coming in about a week, and explains that it was just a “piramidal misunderstanding”.

Poor PiS activist, they always fall the victim of some misunderstanding, just like Minister Szyszko last week, when he got a good bashing in European Tribunal for logging in protected Białowieża Forest. This week a strange thing happened as well: a monument for Adam Loret, first chief of State Forests was unveiled outside State Forests HQ. This man is known for being a father of Białowieża National Park, after he stopped logging at industrial scale in the area and established natural reserves in most valuable areas. Isn’t it a “great misunderstanding” that on the newly unveiled monument he is portrayed leaning over a tree stump? And if that is the monument to the first chief of State Forest, how would the monument to the current one look like?

Minister Szyszko’s friends also were involved in some “misunderstanding”. As reported by a landowner, a group of hunters entered his private land in order to shoot some ducks. They were shooting towards the buildings and so the pellets hit the helmets of a little girls who were horse-riding there. Also a dog was hurt. The landowner called the police and wanted to provide number plates for the hunter’s car, but the officers weren’t interested. Instead they gave him a warning for that his dog, that was still in shock after being shot by the hunters, behaved aggressively…

He got away lucky anyway – he could die from circulatory-respiratory failure, like Igor Stachowiak, who died after being detained in one of the police stations in Wrocław (more on that story here). According to expert witnesses, the fact, that he was beaten by the police and tortured with a taser on his genitalia had nothing to do with his death…

I wonder how the opposition activists will be treated after being detained by the police? As it seems, that sooner or later they will be. During last months celebration of the Smoleńsk crash leader of opposition movement Obywatele RP was harrassed by several police officers (or where they police officers? Such uniforms can be bought in any police uniform shop!). They stopped him on the street, refused to identify themselves and were unable to give the reason for this “stop and search”, as required by law. Despite that, and the fact, that they refused to admit, that they have just detained him, they were not allowing him to walk away for more than 20 minutes. The whole situation can be seen here. And this is just the beginning, if we believe one of the PiS MP who twitted “Soon the court cases and investigations against total [opposition] will begin. It’s enough of their arrogance, riffraff and defamations!”. Obviously this is not a laughing matter anymore…

…unlike Samuel Pereira, a right wing “journalist” from the niche paper, who recently makes an stunning career in state TV. He is always a laughing stock. Regular readers of this series might remember him as the guy, who has mistaken minutes and seconds on the clock for numbers showing raising support for Marie Le Pen during presidential debate in France. This time again he had some problem with numbers: he Twitted results of a poll showing widespread support for demanding reparations from Germany. The fact, that numbers sum up to 103% didn’t seem to bother him:

But don’t worry, it’s not that Polish right just demands money from Germany. They are ready to compromise. Wojciech Cejrowski, a Catholic radical and recently a State TV expert on pretty much everything told a German journalist during the interview, that he is ready to give Szczecin back to Germans, as “Szczecin is not a Polish town”. I got an idea: lets give to Germans not Szczecin, but Cejrowski. That would be a just punishment for all their crimes against Polish nation…

Meanwhile, the Opole Music Festival finally took place. And in Opole, not in Kielce. After all that turmoil with artists pulling out from it en masse (see here), Jacek Kurski finally managed to put that gig together. How lucky he was, that some of the PiS activist are playing in semi-amateur rock bands, and some outworn artists, who could fill all their hits from 20 years ago on a maxi-singiel agreed to take part: otherwise he could be struggling to have a full line-up. But the public did not shared his musical taste: nearly everyone decided to leave before the star of the night, PiS’ favourite singer Jan Pietrzak entered the stage:

According to some witnesses, even Jacek Kurski himself was not tough enough to last till the end of Pietrzak’s recital, and after playing with his mobile for a while, left as the others. Camera operators had a really tough time trying to avoid showing whole sectors of empty seats, so to make the life easier for them, organizers hired some extras to play an engaged public during the second day of the festival.

But the culture is not the only field, that PiS tries to bend to their own expectation. After president of Gdańsk dared to criticise PiS again (after that scandal with a scout on Westerplatte that I was writing about here), the government run oil company Lotos decided to no longer sponsor a local volleyball club Trefl. The icing on the cake is that if Trefl goes into financial difficulties and looses it’s biggest stars, it might drop down in rankings, thus leaving the space at the top of the table for club from the cities that look more favourably on PiS. And the local elections are drawing near…

PiS sharpens it’s teeth for taking over more local governments. For that, it will need even more activists. So perhaps it is right, that this drink-driving criminal returned from Ireland – he might be a perfect candidate to compliment other PiS activist sentenced by foreign courts for crashing vehicles when drunk.

This piece was published in Britske Listy
Picture: Public Domain

One Reply to “Meanwhile in Cuckooland 38”