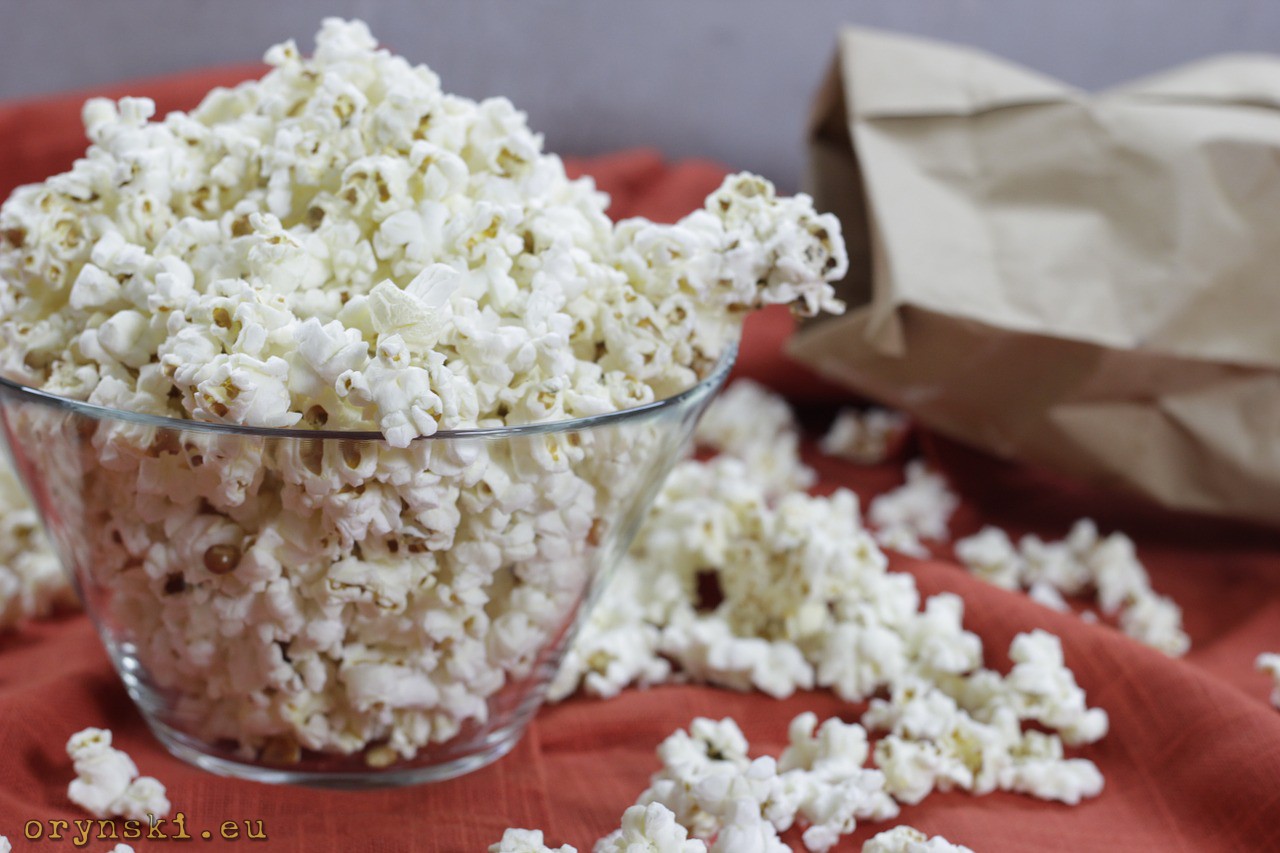 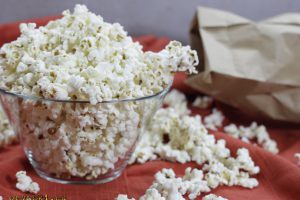 Picture of president Zeman waving a mock Kalashnikov rifle dedicated to journalists for some reason seems to be popular amongst the few right wing people in my social bubble. Therefore they should be happy, that the Polish government has decided to tackle unruly journalist already. OK, so far it does not shoots them with bullets (or even with Becherovka shots), but nonetheless they feel that they are already targeted.
According to Onet journalist Andrzej Stankiewicz, the prosecution under the rule of Zbigniew Ziobro finally found some interest in the SKOK affair.

For those, who are not familiar with it, SKOK, a network of cooperative saving banks and credit unions, are said to be a money-making engine for the PiS political environment. Those institution have emerged in early 1990, drawing from the XIX century tradition of Raiffeisen-style saving banks created in then Austro-Hungarian occupied Poland by Franciszek Stefczyk. Initially operating at a small scale, SKOK’s were often supported by right wing politicians and then incorporated into a bigger holding led by Grzegorz Bierecki and other PiS activists. Soon they became a significant competition for a proper banks, except for the fact, that they were not in scope of the Financial Authority regulations.

Many journalists, notably Bianka Mikołajewska from Polityka, were looking into the abnormalities in the SKOK system for more than a decade, pointing out that instead of being a democratically run cooperatives, they become a business vehicles for a few people connected to PiS. They discovered, that SKOKs were used indirectly to support PiS enterprises (for example by buying commercials in the PiS supporting media or running its own propaganda portal supporting PiS – stefczyk.info). Grzegorz Bierecki also managed to syphon a huge amounts of money from the system into his private enterprises. SKOK tried to sue Mikołajewska on several occasions, but to no avail, as her work proved to be highly professional, her investigations very well documented, and she won every single case.

Meanwhile in 2012 Donald Tusk’s government looked into the matter. Since SKOKs become one of the leading operator of consumer loans in the country, the fact that they are not regulated or supervised by financial authorities became problematic. They called an audit, that had shown that most SKOKs are in tragic financial condition and tried to regulate this market. This was met with a fierce opposition from PiS and regulating the market was postponed by the few years, allowing for more money to be syphoned out. When finally SKOKs were brought in scope of the Financial Market Regulation, for many of them was already too late, and they went bankrupt and it’s customer had to be paid off from the Banking Security Found, which is funded by all the banks operated in Poland. So basically money from SKOK were pumped out to PiS, and then its customers had to be bailed out by the customers of the regular banks.

One could think, that such a big case would create a big scandal, especially that the scale of the fraud is by the level of magnitude bigger than that of the financial pyramid scheme Amber Gold. The latter is now extensively used by PiS to smear Donald Tusk – they even created a parliamentary commission, which seems to operate under only one principle: to find anything that could connect Amber Gold personally to Donald Tusk. The insolence of PiS can be seen in it is not enough for them to just attack him for that this had happened under his watch (despite the fact, that it was them who were blocking bringing para-banking institutions under the scope of the Financial Authorities, thus allowing Amber Gold to operate without being controlled), they try to frame some other PO politicians into it. When SKOKs started to go down, they had a cheek to try to divert media attention by associating president Bronisław Komorowski and secret services with a financial scam involving SKOKs. The final slap in the face of Poles was when they made Grzegorz Bierecki, by now a PiS senator, a chief of the Commission for the Budget and Public Finances.

So you could think, that it is just about time for the government to start looking into that scandal. Aforementioned journalist Andrzej Stankiewicz was one of the many who were called to the police station and being questioned about their articles on the SKOK matters from a few years back. He is going to be accused of acting to the detriment of SKOK by publishing information about those audits, that proved SKOK to be at the verge on the bankruptcy back in 2012-2013… So much for hopes, that the party that has “Law and justice” in it’s name will do anything to investigate the biggest financial scam of recent decades in Poland.

But you should be used to that by now: in Poland there are those equals, and those more equals. And it does not necessary means PiS activists only. For example: what do you think: how much you can get in Poland for manslaughter? It depends. If you are a hunter, it might be a year. Suspended. And a 10 000 zł compensation to the victim’s wife. And all this despite the fact, that the court did not believed your ridiculous explanations that you observed your victim through binoculars for more than 15 minutes and the victim was walking on fours and “behaving like a wild boar”. Incidentally if you are not a hunter and just decided to kill your dog with the axe, you will actually go to jail for a full year.

Also when it comes to Polish approach to unruly journalism, PiS government seems to be learning from the best. During recent visit to Poland of Turkish president Recep Erdogan, activists were trying to point it out by staging the protest with the banners protesting recent events in Turkey, especially imprisoning journalists. To everyone’s shock those banners were confiscated by the Turkish security services – this unprecedented attack on Polish citizens was completely ignored by the Polish police officers, who despite being present remained completely passive. According to police spokesperson, it was alright, as the Police’s task is to protect VIP’s first, and only then ordinary citizens, and taking actions could endanger our foreign visitors. But Police has later spoke with the protester and even accepted their crime report. So that’s alright. I am sure that they will do everything to swiftly recover unlawfully taken banners, so they could be used during Erdogan’s visit to legally express protesters views, to which they are allowed under constitutional principle of free speech and right to protest… Ah, wait…

PiS government seems to be doing everything to please Russians as well. It has been announced, that the construction of the canal through Vistula Spit, allowing for access to a river port of Elbląg without need of going through Russian controlled Strait of Baltiysk will start within a year. While Russians blocking access to our port can be indeed seen as minor annoyance, it is questionable if digging the canal is a good solution to the problem. This flag project of PiS makes no economical sense: Elbląg is just a minor port located at a small river about 10 km inland (if we measure from the Vistula Lagoon). It is in no way important industrial or logistics hub, and it takes less than 2 hours to reach big ports in Gdańsk or Gdynia by truck from there by a modern express route. On the other hand, the Vistula Lagoon is too shallow to allow access of any significantly big ships, even if we constantly keep dredging the navigation channel. The tourism significance of such canal is also doubtful, as Elbląg, which by itself hardly a major tourist attraction, can be already reached from Gdańsk by the inland waterways, and the sea-going yachts would not be able to go much further anyway due to limitations of XIX century Elbląg Canal. Taking all of the above into consideration, the estimated time of investment return is about 400 years.

Yet, PiS is devoted to go ahead with the construction. Economy does not matter if you can stick your finger up to Russians. But will they really be annoyed with it? They pretend to be so, but if I was Russian and did not liked Poland, there would be no better gift for me than this canal. I would just sit comfortably with a bowl of popcorn and watch Poland pouring millions into the mud (literally) instead of spending it on some more urgent needs like healthcare for example. And then, when they finished, I would drag them to international tribunals in order to pay for the damages to a fragile ecosystem of Vistula Lagoon, that is shared between our two countries, and then, just open Baltiysk strait to international traffic again, thus stealing all the tourist and business from Elbląg. So much harm to Poland, and all without having even to lift a finger! And all thanks to allegedly anti-Russian PiS government!

Many people wonder, if PiS is actually that stupid, or if it acts actively to serve Russian interests. The question usually pops out when Minister of Defence Antoni Macierewicz is discussed, but I believe, it could be asked in other fields of government activities as well.

This piece was published in Britske Listy
Picture: Pixabay

One Reply to “Meanwhile in Cuckooland 43”