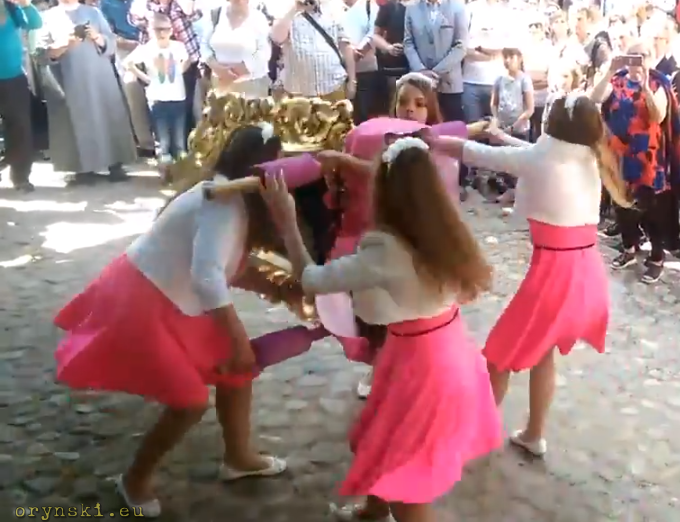 “Boję się ciapaków” – told me my old university friend. Intelligent, educated, with a diploma in difficult field from a leading Polish university. “Ciapak” is a Polish racial slur for Muslims and Arabs, but also for Indian people and other people with a darker skin. The closest English equivalent would be “Paki”. “I fear Ciapaks” – she said. – “I fear them, and I don’t want them here, even though I would like to help them”. “What are you afraid of?” – I enquired. “Very same reason why I did not wanted to go to Germany. There is simply too many Ciapaks in there”.  I sighted. It seems I will need to explain yet again why using this word is not OK.

Initially my friend failed to grasp which word poses an issue to me. She thought, that I picked up on some spelling mistake. But “Ciapak”? This is just a word, like any other. Perhaps we just understand it differently. For her it is just “someone with a darker skin and a beard”. Is it not? “Well, as much as someone with a black skin can be called “a nigger”, and a women can be called “bitch” I explained, providing link to several online dictionaries that clearly state that this word is offensive. She finally got it. I think. As I don’t know why she told me that “I never thought it is that bad, as my husband (also an educated man, employee of internatioal corporation) mentioned something that it is not too nice, but he was using it a lot”. Was it an excuse? Or explanation?

But let’s put the matter of linquistics aside. The problem lies deeper. Where this fear of people she never met came from? “I don’t want to be afraid to wear a short dress” – she told me. She is strongly against anyone telling others what they should wear. She is also afraid of “large group of males, mucking around the city in search of some woman to rape”. Well, I am all for it: I also want for everyone to be able to wear short dress and not be raped. Luckily, this is pretty much the norm in most of civilized world nowadays. Even my friend still feels safe. But she believes she is safe only because she lives on that island called Poland, that is the last remaining bastion of normality. Poland is safe only because here “Ciapaks” are not in big groups yet, and it is not likely to happen. See, we’ve accepted some, and they run away to Germany. So ungrateful: we welcomed them, set up everything for them, and yet they disappeared after just two weeks! Apparently they simply don’t want to be in Poland.

“Well, many Poles also don’t want to be in Poland” – I observed – “Millions of us migrated to Western countries in hope to find better life there. It is no wonder, that people, who have absolutely no ties with Poland want the same, especially, that they bump at people like you, calling them names, at every corner”.

But while I can understand why “ciapaks” can be afraid to live in Poland (especially after my Pakistani friend told me how much abuse he got on the street during his visit to Poland), I can’t grasp how intelligent people are falling for this mass hysteria fueled by right-wing propaganda. I tried to explain to my friend, that her stories are just a bunch of rubbish. In Glasgow, where I live, one in six people is Muslim, i see them everyday – at work and in my social life… My doctor is Pakistani, my dentist is from India… If they were monsters, surely I would notice something during over a dozen years I live in Scotland? And yet somehow I don’t feel threatened at all. Nobody tells anybody what to wear (unlike Polish right, as I type this word, Polish right wing twitter is having a go at two girls photographed in Warsaw, who wear punk outfits). My girlfriend walks to her work most of the days, despite the fact, that her company is located in the neighborhood described by one of Polish right wing portals as “sharia zone”. Nobody checks how long her dress is and the only case of mass rape I can think of in recent years is that famous case of Polish guys, who kidnapped random girl of the street and raped her for 7 hours in Edinburgh a few years back…

But it is all just waste of time. “I just fear them” – she answered – “and the fact that you have different opinion wont’ change anything. Because they have it written in Qur’an, that they are supposed to pretend to be your friends until there is lot of them in the country”. Apparently the only reason I haven’t been decapitated yet is is that Muslims are still a minority in Britain, and therefore full scale jihadi operation have not begun yet.

I wanted to ask how did I survived my trip to Turkey, where Muslims are a majority, but I decided to just give up. There is no point in those discussions, as at best I will hear that “while it might be true for my neighborhood, I fail to see wider picture” or face some twisted logic: for example recently one of my adversaries was trying to convince me, that all Muslims just wait to backstab white Europeans. He based this opinion on relation of his distant cousin, who lived in England for a year. I asked “why I am supposed to believe a distant cousin of a random guy, if I can just get up and walk outside, and see the multiculturalism working fine with my own eyes?”. He accepted that I have a point there, but added “but for me both your relation, and that of my cousin is second hand reporting. Therefore I choose to believe the one, that goes in line with what I read on the internet”. I invited him to my place for a week. I promised a trip to “no-go zone” and visit in the Mosque kitchen. He never took me on that – perpahs was afraid, that he won’t be allowed to wear short dress, or something.

And this is, sadly, more and more common when I talk to people back in Poland. Not only with my friends, during my last visit, a random passenger of the train was boring me to death with his beliefs about Europe being at the brink of collapse due to Muslim invasion. But one thing is clear: hate or fear towards migrants is inversely proportional to time one spent abroad, or to the number of foreigners he or she knows. And the topic seems to be popping everywhere at the most unexpected moments.

My friend confined her fear to me when I explained to her, who ex-priest Międlar is. She wasn’t aware, that he is a far right radical closely cooperating with British organization Britain First. But a brief read of his profile was enough to find, that his views “aren’t actually that bad”. But why on earth I would discuss with my friend some far right radicals?

Well, it all began with her sharing with me the fact, that the old Kashubian tradition of “dancing feretrons” – holy pictures on the frames – makes her uneasy:

At the beginning I just acknowledged her feelings. Personally, I find “dancing feretrons” to be a bit funny, but since I am not a Catholic myself, it has nothing to do with me. But when it turned out, that she is not the only Catholic friend of mine who seems to have some issue with this centuries-old tradition, I shared my feelings with her in return. I told her it makes me sad, that this funny, innocent tradition seems to be so troublesome for Polish Catholics, and the fact, that fascist priest has been preaching as a member of their church for years before they finally kicked him out came relatively unnoticed… And this is how I caused that in an innocent conversation with a friend that I know nearly 20 years, and whom I always respected, I had to face a stream of racist slur and a pile of right wing crap. And all that topped with a big chunk of Polish-Catholic hypocrisy. Because it was not Karl Marx, hated by the Polish right, who said “For I was a stranger and you welcomed me. Truly, I say to you, as you did it to one of the least of these my brothers, you did it to me”. Ok, according to Polish standards nowadays, this guy was also a proper lefty, but nonetheless he is often put on the standards of Polish right (propably because they simply don’t read him, just as they don’t read Marx).

And this is what bothers me about today’s Poland: wiggles and waggles of some Holy Picture are offensive to God. Yet a priest calling war refugees “savages, deviants and degenerates” somehow does not bother those, who are so concerned about Jesus’s good mood. We don’t want “Ciapaks” in our country, because they are danger, yet we are completely happy to make our beloved country into Europe’s toxic waste dump and then set it on fire. And I just wonder: what if instead of unproductive wagging of those Holy Pictures, we would use them to smash “Ciapak’s” heads? Would that make this ancient tradition more acceptable?

My friends often ask me when I am coming to my hometown. They encourage me to go to Poland for my holidays. I miss you too, my friends, but this year I am going to spend my vacations in France and Italy. Because, you know, I simply want to relax. There nobody will bother me with attempt to convince me, that Muslims are threat to our civilisation and savage monsters, who just wait to backstab me. Because, unlike Poland, those secular countries gave shelter to hundreds of thousands of refugees. Everyone can see with one’s own eyes, that those people are no different to any other nation. Even to Poles.

This piece was also published in Britske Listy

Invisible Poles: How the Polish community in Scotland is changing
No comments yet
Europe fake news migration Poland Scotland