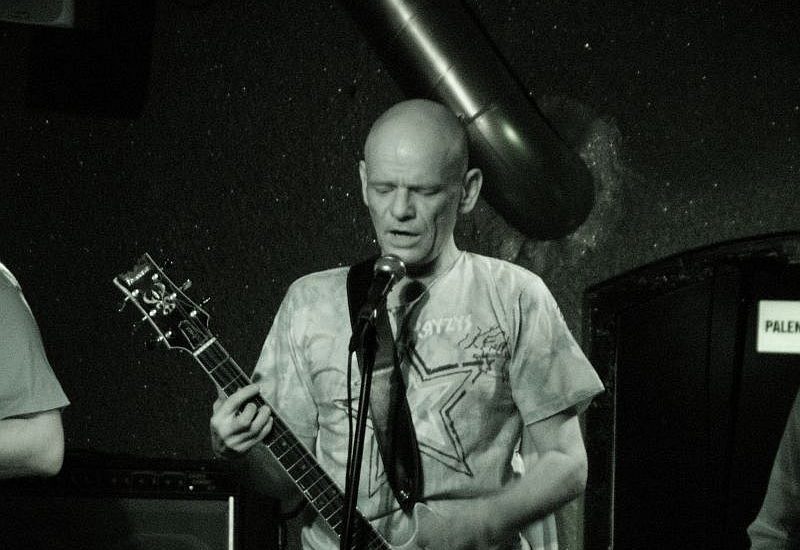 Poland is the most important thing for Poles. It is so important, that they want to spread Polishness all across the world. Voices that the West (or East, or Latin America, whatever) does not recognize the historical role of Poland could be heard from the right for quite some time as well. Every foreign mention of Poland is celebrated by right-wing media and social media such as Polish reddit equivalent wykop.pl, that is dominated by right-wing narration. But mentions is not enough for our minister of culture. He wants to go further. “Each nation should have its own Museum of History of Poland” he said. Apparently though, nobody took him seriously, assuming that this is just a slip of the tongue. But who knows, maybe it will have it’s own life as well? After all, the only country that officially declared that they already have one Museum of Polish History is San Escobar, invented by mistake by Minister of Foreign Affairs in Beata Szydło’s government.

But so far only our San Escobarian allies have this museum. Even the Polish one is still to be built. Still, lack of suitable building does not stop PiS from teaching history to Poles, and they do it in very modern form. Recently they have decided to remind people about the sex scandal that shaked Polish political scene in 1992. Back then a women, pretending to be Anastazja Potocka, descendant of aristocratic family and a correspondent of Le Figaro, managed to obtain press pass to the parliament. She allegedly seduced several politicians and then wrote a book about her adventures, including spicy details of their sexual encounters. Some careers, like that of Andrzej Kern, have been broken, some others, like Stefan Niesiołowski, sued her and won and are present in Polish politics till this day.

Stanisław Pięta found himself between the hammer and hard place. His ultra-catholic views are already undermined by the fact, that back in late 1980’s he was a petty thief, breaking into cars and stealing money and valuables from them. He managed to stay afloat by claiming, that he was stealing in order to buy himself a gun, as he was planning armed uprising against the communist oppressor.

I was honestly curious what excuse he will make this time? First he said, that he was just offering place to stay for the night for the poor girl, and he was just “probably too good”. Since Izabela Pęk claimed, that he wanted to have children with her and even sent her to gynaecologist to check, if she can bear babies, some people joke, that he will argue that he holds Catholic family values so highly, that he wants to have two families. But he took a different route: he claims that this is a conspiracy aimed to discredit him, as he criticizes Germany. This questions qualifications of his party colleagues in charge of counter-intelligence, as Pięta and some other of his fellow PiS MP’s associated with Pęk are members of important parliamentary committees, so their contacts should be discreetly vetted, as should be those of president Duda…

For the time being, Stanisław Pięta has his PiS membership suspended. But will that stop him from being active in politics? Apparently PiS personal decisions are either ignored, or people are taken off the exposed position just to hide them from public view. Antoni Macierewicz, former minister of defence, not only drives everywhere in armoured limo, guarded by special unit of military police, not only still uses his old office, but also takes oaths from newly sworn soldiers of the territorial army. So apparently at the moment Poland has two ministers of defence: one de jure, and one de facto. Funnily enough, he was so busy with designing uniforms for historic units, that he has forgotten about current soldiers. Due to failure to ensure new orders will be made on time, there are vast shortages of the uniforms. Soldiers are so desperate that they try to buy their uniforms at on-line auctions. During last years NATO exercise Polish soldiers were wearing outdated or un-matching uniforms and some were even photographed wearing civilian tracksuits. It’s in some way funny: Macierewicz claims to be raising our army from its knees, yet he forgets to provide soldiers with trousers…

But at least our other uniformed formations can enjoy their successes: during Corpus Christi procession in Warsaw police have detained Jesus Christ. Not himself, of course, but a known performance artists who tries to draw attention to the role of the Church in Polish society.

The artists raises an important issue: “I wasn’t doing nothing offensive, I was just smiling and waving to the people participating in the processions”. Police told him that he has to leave as the organizers of the processions don’t want his presence. “But it was not a church grounds, I was at the city’ side-walk. I have right to be there” – he points out.

Speaking of complicated relations between the church and the state, Minister of Health Łukasz Szumowski took part in a pilgrimage to Jasna Góra, the most important Polish Marian Sanctuary. Archbishop thanked health workers for their service, “which is opening one’s hearth in the name of love, pouring out of the mystery of the Holy Trinity”. Nurses from Kraków presented the National Chaplaincy for Health Workers with holy relics of blessed Hanna Chrzanowska. The event has been concluded with the minister officially entrusting Polish Health Service to Mary, Mother of God.

Polish fishermen are not willing to trust religion when it comes to their business. With the new program of reintroduction of endangered Baltic seals to the Polish coast, they claim that they loose a lot of fish to those seals. With a PiS MP demanding that hunting seals become legal, they felt encouraged and so far four seals were found to be brutally slaughtered. But at least the program of reintroducing this species can be considered a success – perhaps because professionals were not replaced by people of PiS, as it happened in state owned Arabian studs, where world-renowned experts have been replaced by PiS activists, who “used to have some cows and feel like trying in breeding horses for a change”. After two years, reputability of this institution is in pieces, and last year’s auction, apart from organization scandals, failed to attract high bidders. Apparently the new management of the studs is aware of their defeat, as this year auction will no longer be called “Pride of Poland”, nor it will be open to the public. The promotional clip also focuses mostly on shrubbery and tree leaves, as if it was obvious that there are no longer any horses that we could be proudly showing to the world.

But what the government is apparently proud of, it its journalism. There is a new project run by Polish state TV – an online website with essays and reportages. You can find there:
– a reportage about vegan eco-terrorists are being trained in Warsaw
– a column entitled: Antichrist won’t be similar to Hitler or Stalin. It will be rather someone like George Soros
– a piece about how Russians are useless when it comes to explaining plane crashes (it is about the death of Gagarin, but it is obvious that it is really about why we should not believe them when they talk about Smoleńsk)
– an essay about that the 1968 revolution was the “most stupid revolution ever”. Because, you know, those silly hippies believed that everyone is equal and we should love each other. How stupid is that?
– and last but not least: Tomasz Terlikowski criticizing pope Francis for telling a gay man that God loves him. Terlikowski knows better and explains, that sin of homosexuality is repulsive even to Satan.

I would not be surprised if those authors were now the best paid writers in Poland. After all, it pays to go in line with the ruling party nowadays. Employees of one of the government agencies got pay rise recently. Most saw their salary raised by 150 zł, but for those, who have some connection to the ruling party, it was 450 zł… According to the chairman of the institution, higher raises were awarded to “the exceptional employees, who realised associated tasks with engagement, eye to high quality, on time and without supervision, observing company discipline and meeting expectations of the employer”. Well, I guess this is not the coincidence then – simply the best specialists are nowadays members of the ruling party.

And so it goes in Poland. PiS is pumping money into the pockets of their own people, while having their mouths full of slogans about how they support Polish culture or history. But let’s for a second forget about it, and spare a thought for someone, who really mattered. As we’ve learned with the death of one of the most important persona of the new wave of the Polish music in 80’s and 90’s.

Robert Brylewski was, what we would call today, a trendsetter. He was coming up with some new project, and just when it was about to explode, he was leaving it to others in order to create something new. A father of the Polish post-punk and one of the leaders of the cult band Brygada Kryzys, who’s emotionally loaded songs provided soundtrack to the grim years of Martial State in Poland:

Later he started a boom for Polish reggae, which resonated with the Polish youth of the 1980’s – being stuck in hopeless, grey reality of the communist Poland battling economical crisis they needed this ray of sunshine brought by the Jamaican groove. But at the same time, it provided vehicle to criticize the system: the censorship would never allow for any politically loaded lyrics, so the message was carried through disguised as the songs describing Babilon that is bending to fall.

He co-created or inspired several other musical and artistic projects. His music, but also an exotic (for the communist Poland) lifestyle, was a glimpse to the other world, and thus brought hope to a hundreds of thousands of Polish youth. His fight with the system was not really politically motivated, he was rather fighting for a private freedom of the human being. As such, he is not only important persona in the history of the Polish music, but also a man of a great influence on the whole generation of Poles. And yet, such a monumental figure, a living legend was constantly battling financial difficulties. According to the daily paper “Fakt”, his death was a result of the assault: after he bought a flat in Warsaw’s infamous district of Praga, known for its deprivation and crime. He bougth it from an elderly lady, and her son – who perhaps hoped to inherit the property – was apparently not happy about it – he bursted into it and have beaten him badly. Brylewski died from his injuries after few weeks in coma.

Rest in peace, Robert: even though you never wanted to be a hero or a saviour, for the whole generation your music was inspiration. You did much more to undermine communism than many of those, who try to pose as anti-communist fighters today.

This piece was published on Britske Listy
Picture of Robert Brylewski: Silar, CC BY-SA 3.0, via Wikipedia