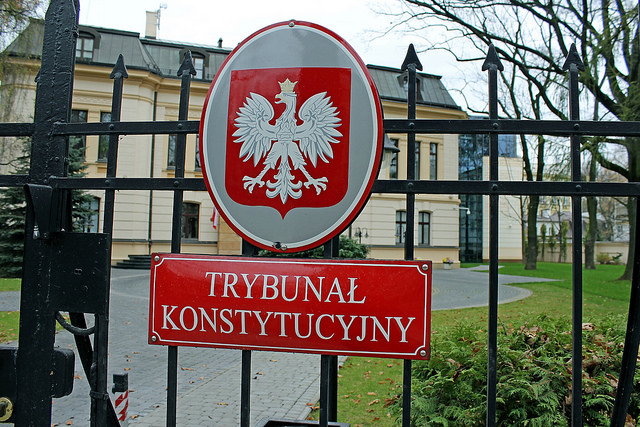 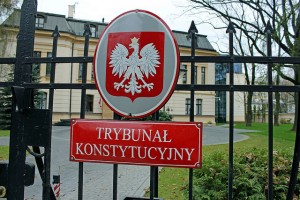 Poles voted Prawo i Sprawiedliwość to power as they believed in their promises of delivering “higher quality of democracy”. But for last month Kaczyński and his party did exactly the opposite. Recent attempts to take over the state institution made Poles really angry. According to different sources, 50 000 to 70 000 people took the streets of Warsaw with manifestations simultanously taking places in other cities such as Szczecin, Lublin, Poznań, Wrocław, Bielsko Biała and many others. So what exactly prompted them to raise their voice?

1. The direct impulse for emergence the movement that organized the manifestations, Komitet Obrony Demokracji, was the PiS’ attempts to hijack the Constitutional Tribunal. But, as rightly pointed by Kaczyński’s followers, it all started in previous parliament, in which coalition of Platforma Obywatelska and Polskie Stronnictwo Ludowe were a majority.

When it became clear that they are about to loose an election, they introduced a little change to the new law regarding Constitutional Tribunal that they were working over last two years. This little change allowed for electing judges in advance, to replace judges who’s terms in office haven’t ended yet, thus preventing them from being elected by the next parliament dominated by PiS.

2. President Andrzej Duda (of PiS) had two choices – either to swear all 5 of judges to their office, or to question legality of the new law in the Constitutional Tribunal. He did neither of those things (but the law was contested in the Tribunal anyway).

3. Newly elected parliament, in which PiS with it’s satellites has strong majority voted on the resolution that made the election of the five judges invalid and then, after introducing their own changes to legal act and procedures, elected their own five judges. Four of them were then sworn to the office in the middle of the night in order to be available for work on the next day.

4. On the next day, that is 3rd of December, the Tribunal was to rule, if the legal changes made by previous parliament are in accordance with the constitution. The chairman of the tribunal decided that the tribunal will arbitrate in composition of five judges, which is legal (as it’s up to chairman to decide) and fair (as otherwise the judges involved would have to rule in their own case). The tribunal ruled that while choosing two judges “in advance” was illegal, the other three were elected legally and should be sworn into the office by president immediately.

5. On that evening president Duda delivered an address to the nation, in which he explained his motives in round words, yet completely ignored ruling of the Tribunal. PiS claims, that until the ruling is published, it is not in force. To gain time, government of Beata Szydło (who’s job it is to publish ruling of the tribunal) refused to publish it, despite that the new laws voted in by PiS are published almost instantly.

6. Another hearing in the Tribunal took place on 9th of December. This time Tribunal ruled, that new laws voted in by Law and Justice were not in accordance with constitution, and therefore the election of all 5 judges elected by PiS were illegal. Tribunal also stressed out again, that three of five judges elected by previous parliament were elected legally and it is president’s duty to swear them into the office immediately.

7. President Duda ignored this ruling as well and as on the same day he had sworn into the office fifth judge elected by the new parliament, he claims that it is impossible for him to swear the three elected by previous parliament, as doing so, he would break the constitution that sets maximum number of the Tribunal judges to 15.

8. Meanwhile Beata Kempa, a minister in Beata Szydło government, had wrote in a letter to the Chairman of the Tribunal in which she demands an explanation why Tribunal wasn’t arbitrating by full board of 9 judges. She said in this letter that “in her opinion” the ruling is invalid and therefore “until she receives explanation from the chairman, the government has decided to suspend the publication of the ruling”.

The chairman of the tribunal answered in short letter, quoting two paragraph’s of the constitution – that Tribunal rulings are final and universally applicable and that it’s a constitutional duty of the government to instantly publish them.

According to vast majority of legal experts, constitution has been broken by PiS on number of occasions:
– 1st time when President Duda refrained from swearing newly elected judges into the office or question the new law. According to PiS, they were elected illegally, as it was later confirmed by the parliamentary resolution. But according to trias politica principle it’s beyond competition of either parliament or president to decide on such matters. This is the role of Constitutional Tribunal.
– 2nd time when President Duda ignored ruling of the tribunal (“Tribunal rulings are final and universally applicable”)
– 3rd time, when the government refused to publish the rulings of the tribunal (“It’s a constitutional duty of the government to publish the rulings of the tribunal instantly”).
– 4th time, when minister Beata Kempa questioned the ruling of the tribunal (“Tribunal rulings are final”; also when minister of the government questions rulings of tribunal, it’s breaking the trias politica principle).

Experts points out as well, that the constitution was broken by the president before. He entered the field of judiciary power when he pardoned Mariusz Kamiński, before the latter was finally sentenced or acquitted, arguing that “he wants to take burden off the legal system”. (In first instance court Mariusz Kamiński was sentenced to 3 years imprisonment and 10 years ban from taking public offices for abuses of power, but he was needed as a head of secret services in Beata Szydło government.)

But while those are the heaviest misdeeds of PiS government, the people’s anger is caused also by some other factors such as following facts:

– people feel cheated as PiS painted a picture of new, moderate version of itself, but as soon as it gained powers, it reverted to it’s old paths well known from their last time at power a decade ago, but but this time with energy bigger at least by the order of magnitude (more on that here).

– Poles don’t like the fact, that while officially PiS preaches new quality and fight against remains of the communist regime, it’s front line team consist mostly of discredited politicians, suspected or pardoned criminals and former activists of the communist regime (for example attempt to hijack the Tribunal was led in the parliament by Stanisław Piotrowicz, at present a PiS politician, but in the past a communist prosecutor active during Martial State in 1980′ Poland).

– PiS instantly began to carry purges in state institutions and companies controlled by the government. Due to short bench of management professionals available to them, they have relaxed laws that require new candidates to prove sufficient qualifications and experience for the positions.

– Nomination of paranoid Antoni Macierewicz for the position of the Minister of Defence makes Polish army a laughing stock. Only during his first few weeks in the office he managed to suggest that proving that Smoleńsk crash in 2010 was actually an assassination will become number one priority of the army, order every single soldier to wear an uniform at all time when on duty (it is unclear if that applies to Polish intelligence officers working abroad as well), spoil a long going cooperation between counter-intelligence of 9 NATO members, appoint a 20 years old boy as his advisor, announce that Poland is about to become a nuclear superpower and promise an Army Honour Guard to the monthly gathering of Smoleńsk conspiracy theory believers at the presidential palace. He also sacked a a counter-intelligence officers for the fact, that when the Smoleńsk crash happened, the officer was on duty in Afghanistan.

Last but not least, people have enough of disdain, with which they are treated by PiS and it’s followers. Most of PiS politicians who can be seen on TV or heard in radio seem to take general public as idiots, openly refusing to admit even most obvious facts, and repeating over and over again their mantra about how law was broken during the Platforma Obywatelska rule (the only member of PiS administration who broke this rule was a president spokesperson, who in an ironic slip of the tongue said, that during Platforma rule “law was broken as well”.) Jarosław Kaczyński in recent interview for TV station related to PiS said that those who are against his rule and “report on Poland abroad” are “traitors of the nation” and have it in their genes, the genes of “the worst sort of Poles”. His followers describe everyone, who is not a PiS supporter, is a victim of “PO Brainwashing” and described as “lemming” as according to them, those little animals are unable to think and just follow the herd to their own destruction. But the ancient legend from the dawn of Polish history teaches about the unjust sovereign Popiel, who as a consequence of his bad rule was eaten alive by mice. If I were Jarosław Kaczyński, I would not underestimate the power of rodents.

The article was published in Britske Listy

PiS is crossing the Rubicon