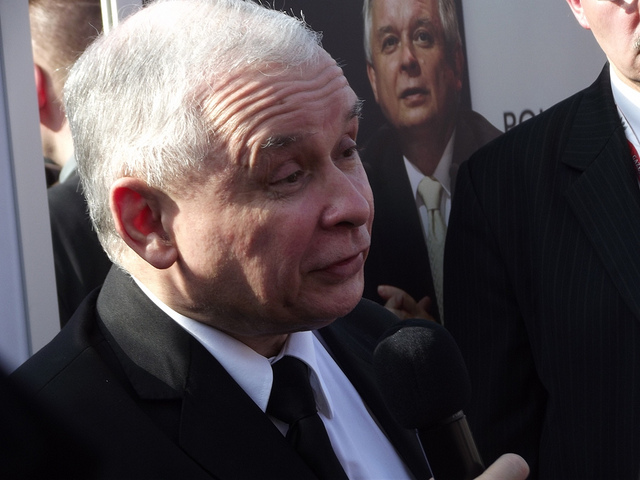 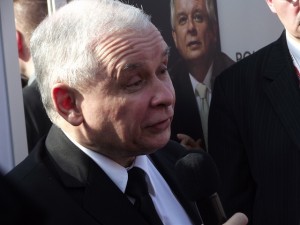 The number of the hard line Prawo i Sprawiedliwość (Law and Justice) followers remains constant and it would not be sufficient to ensure its victory. Therefore apart from people’s disaffection to Platforma Obywatelska (Civic Platform), it owes it’s success to the people, who believed in their picture that new people have taken over and Beata Szydło’s social promises. Controversial personas such as Antoni Macierewicz or Zbigniew Ziobro were hidden in some cupboards and crises caused by them sticking their heads out (such as speech of Zbigniew Ziobro about the need of strict control of judges and prosecutors or Smoleńsk conspiracy theories spread by the former) were quickly covered by skilful PR team. Therefore after the election day the whole Poland hold it’s breath: will the new PiS government be a fulfilment of the picture painted by Beata Szydło, or the mask will be thrown away and we’ll find ourselves back in 2005?

The result turned out to be worse than expected even by most cassandric prophets of doom. After humiliating delay, it was finally announced that Beata Szydło will in fact be designated to create the new government. But what government!

Despite signals, that Jarosław Gowin is to become Minister of Defence, this position was granted to paranoid Antoni Macierewicz. This is a man who believes that 2010 crash of presidential plane in Smoleńsk was an assassination. He also believes, that if it was a assasination, then we are at the state of war in Russia1. This is also a man, who was so rabid in his pursue of (real or imaginary) Russian agents in special services, that he released strictly confidential information, putting major Polish intelligence operations in jeopardy2. For obvious reasons there are no information about the consequences, but certain leaks suggest that he is responsible for death of more than one agents of the Polish intelligence. When Janusz Palikot demanded investigation in that matter, Macierewicz threatened to sue him unless “he points out at one agent that was blown due to materials he made public and is now dead”3, thus proving that he has absolutely no understanding of the mechanisms of the intelligence operations and that he is unable to see consequences of his actions. Although the court case against him was finally dropped on formal grounds (since Macierewicz wasn’t a public official, he cannot be trialled for breach of the secrecy act), he might have problems to get back his security clearance – surely even if he’ll have that rights granted in Poland, no NATO ally in it’s right mind will be happy to share top secret information with him.

This is not the only one member of the proposed PiS government who might have problem with accessing top secret documents. Witold Waszczykowski, who lost his security clearance after he blundered about the secret negotiations with USA related to the locations of the missile defence system in Poland in his 2008 Newsweek interview4 and subsequently was thrown out of the government by his superior Radosław Sikorski. Incidentally, according to Gazeta Wyborcza5 new Polish Minister of Foreign Affairs also openly admits to be islamophobic.

Third person, who might have even bigger problems than obtaining a security clearance, is Mariusz Kamiński, designated coordinator of intelligence agencies. He used to held position of the head of Central Anti-corruption Bureau – new institution created by PiS 10 years ago, that turned out to be mostly an vehicle to play dirty games against it’s political enemies. Mariusz Kamiński was recently sentenced to three years of imprisonment and 10 years ban from holding public offices for abuse of power6 – he tried on the massive scale to lure political enemies by plotting against them and manipulating them into accepting staged corruption propositions. He succeeded on one occasion in case of the PO MP, Beata Sawicka, who was seduced by James Bond style agent of Kamiński organization Tomasz Kaczmarek. If this sentence will be upheld in the court of higher instance, the career of the new member of the government might be abruptly interrupted.

Case against Beata Sawicka was dropped by the court of second instance, that pointed to illegal action on the part of Anti-Corruption Bureau7. As per Tomasz Kaczmarek, commonly known as “Agent Tomek”, he was rewarded for his actions and become an MP of Prawo I Sprawiedliwość. In February 2015 he was forced to give up his mandate after the emergence of the recording, in which in very unparliamentary words he threatens a husband of his mistress with physical violence8.

But PiS is already acting to protect Kamiński. The position of the Minister of Justice in it’s government is to be given to Zbigniew Ziobro, who recently evaded being put at the State Tribunal by just five votes9. He was about to be made responsible for his actions as a Minister of Justice during last time when PiS was in power, when he abused his position in order to influence the justice system. It seems that he will be back into his old job, as Jarosław Kaczyński already suggested10 that the prosecution service will be directly supervised by Ministry of Justice and some purges amongst judges might also be expected…

As usual it’s clearly visible that power ministries are most important to Jarosław Kaczyński. The boring, economical parts of the government, are staffed by less controversial people, as long, as they are faithful to Kaczyński. The new Finance Minister, Paweł Szałamacha, as a former expert of Adam Smith’ centre and activist of one of the previous parties of ultra liberal Janusz Korwin-Mikke seems to be not the best person to allow for fulfilling PiS’ electoral promises and spending frenzy… Mariusz Błaszczyk, new Minister of Internal Affairs and Administration has very limited professional experience – most of his CV could be summarised as “faithful henchman of Jarosław Kaczyński”.

And what about Jarosław Gowin, after he finally failed to get a job of Minister of Defence? Luckily, he is a man of plenty talents. He has already been a Minister of Justice in one of Donald Tusk’ governments, now he “was given a choice” of few resorts and finally decided that he will do well as a Minister of Higher Education. That would probably result in some significant reforms – not only because Jarosław Gowin is a proponent of introducing student fees, but also because he is a strong opponent of the in vitro procedures as fertility treatments: as he said once “he almost hears embryos crying and feels their despair11”. He would find an ally in the new Minister of Health, Konstanty Radziwiłł, who is also against in vitro and speaks warmly about naprotechnology12.

And, as if conspiracy theories and unscientific “facts” were not already covered by Radziwiłł and Macierewicz, there are ministers of Agriculture and Environment, who both submitted an interpellations13 in 2013 asking the government about chemtrails14 being spread on the Polish sky. The latter, Jan Szyszko, also casts doubts about Climate Change15, is a keen hunter who actively acted against new legislation aiming to put more control over hunters16 and as Minister of Environment in previous PiS government issued a controversial decision to build a new Augustów bypass through nature reserve Dolina Rospudy17. Despite massive protests of public, ecological organizations and environmental services of European Union, he stuck to his guns and only after PO came to power his decision has been reversed and the by-pass was build in alternative location. His stubbornness costed taxpayer 10 millions złoty, as the fragment of the road towards nature reserve was constructed and then has to be demolished. Jan Szyszko is also known for controversial raise of the noise limits to absurdity, resulting in the necessity of building acoustic screens along almost every newly build road, that has immensely risen road building costs in recent years…

Nomination of Adam Lipiński for the position of minister responsible of communication with the parliament seems to be a bad joke: this is a man who was recorded on tape by Renata Beger of Samoobrona when he tried to bribe her with governmental position if she changes her party affiliation to PiS. But the cherry of the top is Dawid Jackiewicz as Minister of Treasure. This is a man of really dark past. In 2006 his wife and kid were riding a bus in Wrocław, when they were bothered by a drunk man. The mother and the boy got off the bus and called Jackiewicz, who arrived quickly. The aggressor was no longer to be found anywhere nearby, but later that day Jackiewicz’ wife has spotted similarly looking man riding another bus. They got into the car, chased the bus and confronted the man, adrenaline prevailed, Jackiewicz had pushed the man, who hit his head on the kerb and lost consciousness and died in the hospital couple of days later due to his injuries. Jackiewicz was cleared of both manslaughter and failure to provide first aid (despite the fact, that the man was lying on the street in frosty condition for over an hour), and despite that it wasn’t even confirmed that the killed man was the same man, who earlier bothered Jackiewicz’ wife, prosecutor Anna Molik dropped the investigation arguing, that Jackiewicz was acting in self-defence18. He never faced trial for his actions.

Not everything about this government is bad: Anna Streżyńska as Minister of Digitalisation seems to be welcomed by everyone. She made her name as the head of the Electronic Communication Bureau, where she fought the monopoly of Telekomunikacja Polska and brought significant reductions in cost of electronic communication. She was appointed by PiS but her professionalism and avoidance of politics allowed her to keep her job when Donald Tusk became a prime minister. But this is just an exception that proves the rule.

Meanwhile due to mix up in the presidential office, the first session of the newly elected parliament is to happen on the same day as EU-Africa summit on immigration crisis in Malta. Stepping down prime minister Ewa Kopacz is unable to attend, as she is obliged to submit her resignation during that session. Beata Szydło can’t go because she is not a prime minister yet. And president Andrzej Duda is not willing to go for unknown results. As per today, it seems that Poland will be represented by Bohuslav Sobotka19. Some people joke that there is a hope yet, that due to incompetence of PiS, Poland will be ruled from Prague for the next four years with much better results. But in the reality our prospects look grim. Poland is expected to make a sharp turn to the right and towards Catholic Church. Jarosław Kaczyński already announced that the cross remembering Smoleńsk crash will be returned to in front of the presidential palace20. New Foreign Minister Waszczykowski already announced stepping actions against Russia in regard to the Smoleńsk crash.

One thing is sure: PiS knows, that people who granted them victory won’t fall again for their promises. Therefore they have to act fast and take over as much institutions as possible, securing their position in power even with disregard to democratic values. Orban’s Hungary suddenly does not look as the worst case scenario….

Article was published in Britske Listy

One Reply to “Prawo i Sprawiedliwosć sticks out middle finger to its voters.”