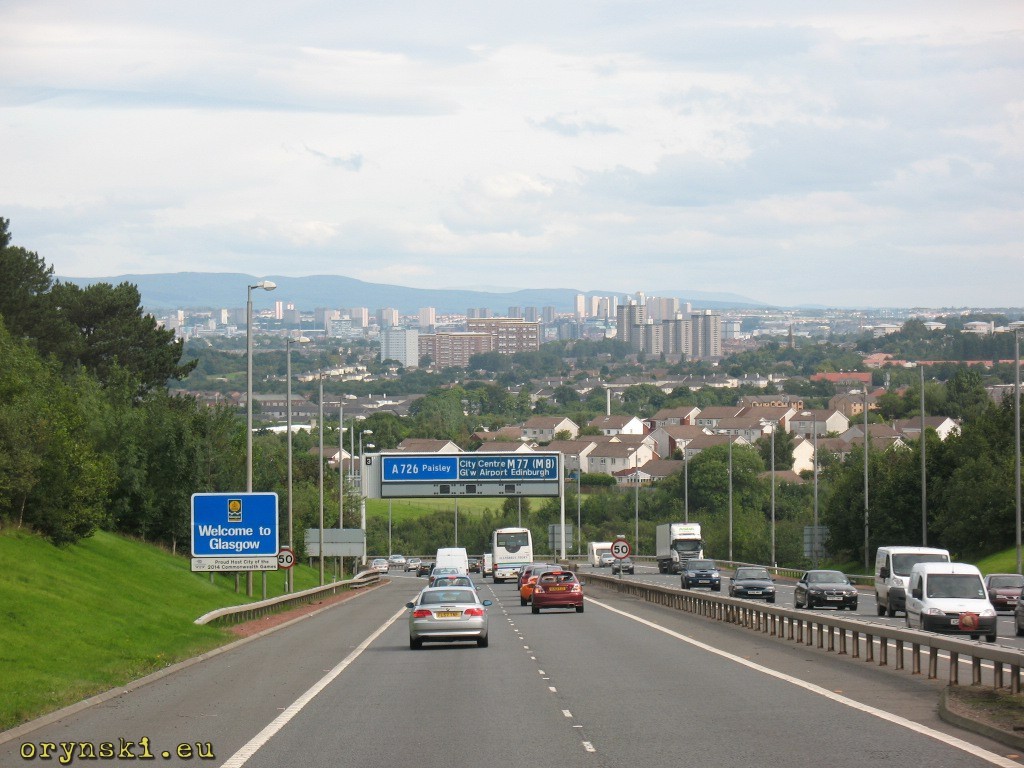 When you travel motorways in all over Europe, there is a car park on a regular basis – usually every 10 kilometres or so from each other. In many cases, even the small ones, apart from a few benches and tables and litter bins, will also offer you a chance to use a toilet. Apart from that, you will often pass bigger services with gas stations, truck stops, roadside restaurants and so on. Even when you leave motorways, many bigger gas station will have few spaces for trucks to park overnight, small bar and shower. But not in Britain.

This text was originally published in Polish back in 2013

What are your options?

In Great Britain, there are no small rest stops along the motorways. And even in places when they already existed – like on A1 near Wetherby that is currently [2013] being upgraded to a motorway standard – during the upgrade work they are liquidated. Those, who travel in Great Britain have only a very limited number of large Motorway Service Areas at their disposal. Those could be found every 20 miles or so, but sometimes distances are much greater. But unlike those known from German, French, Polish or Swedish motorways, those don’t deserve to be called “rest places” or anything similar. Those should be, in fact, called “Motorwayside places designed to facilitate squeezing every penny from captive customer“.

Imagine, you are on the long journey and suddenly – as it happens from time to time to every one of us – you need to pee. Obviously, you decide to stop and go for a quick number one. So we drive, and drive, and drive… 5, 10. 15 minutes, sometimes much longer. Finally, there it is. A big sign informing us about Motorway Service Area ahead. 3 miles later we turn into a slip road… To get stuck in a traffic jam waiting for the lights to turn green. Because many British services don’t have direct access to the motorway – you often need to use a busy roundabout, distributing traffic in several directions. A few minutes more, and you drive around, having to stop at every single set of traffic lights because for some reason they are not synchronized. Finally, you reach your exit and turn into the entrance to your Welcome Break or other MOTO. There, a big sign tears the last hope for a decent meal: unlike you are a fan of McDonald’s or want to risk an overpriced meal that was being reheated under a big bulb for god-knows-how-long, a slim chance for anything healthy. But it’s OK, we were here just for a quick pee, weren’t we?

Due to confusion caused by a company-brand system of traffic signs (because why would anyone use commonly known road signs known everywhere in the world, if you can just use your own system of pictograms placed on the round or square boards kept in the particular MSA company’s colour scheme) you end up at the truck parking, where you are stuck for another couple minutes, watching a rookie trucker desperately trying to reverse into a tiny parking bay that had its dimensions designed in the times, where the most popular wagon on the British road was Sentinel Steamer. Because why would anyone design a drive-through system of truck bays like everywhere in Europe, if you can do it the British way: a tarmac square full of potholes with the reverse parking bays on two sides surrounded by giant concrete kerbs that mean that every single mistake in reversing around the blind corner of your articulated vehicle ends in extensive damage to the bodywork. Finally, he managed to make it at 27th attempt, you can go around the whole service are again (luckily this time you don’t have to go around the big roundabout again) and this time end in the right car park. Here you live your car next to the big welcoming sign informing you that you have to pay if you want to park here even minute longer than the free two-hour stay and a lot of confusing information in small print, that nobody reads, hoping they will be OK if they just leave as quickly as possible. Truck drivers often have to pay well over 20 pounds, which is something unique on the European scale. While walking past, you managed to catch a little sign saying that despite the fact, that operator charges you arm and kidneys and CCTV and ANPR cameras are omnipresent, they are not responsible for anything.

But, at least, you are parked. By now, you really have to go. You cross the huge car park in the pouring rain and finally reach the door when your path is blocked by a hostess, who offers you, and only you, and only today, a great deal on perfumes. You politely thank her, then inform the AA guy, who blocks half of the entrance with his little table that you really don’t need another assistance policy, and no, thank you, you are perfectly happy with the one you have from another provider at the moment, and by the time the old guy who shakes his tin asking for a donation for the army veterans reaches you all you can manage is a hasty “I got no change”. Now, where is that toilet?

You wade through stands selling some crap (mostly overpriced mobile accessories, but some are seasonal – beach chairs in the summer, umbrellas in the autumn, sledges and hats in winter). You squeeze through the crowds past several fast food outlets, network cafes and bookshops that barely sell any books and finally, you spot that little sign: “toilet upstairs”. Ok, now up the stairs (escalator is broken, obviously), now past the gambling machines, mobile phone shop, some noisy coin change machines and finally you’re have reached your destination. The toilet is right here!

The problem is, that there is a long queue. As it happened, two coaches – one full of football fans, another one of with hangover hen party – are here as well, so no matter which one you need to use, you’ll have to wait in the long queue that with the time looks more and more like a traditional Irish dance. Finally, after long 40 minutes or more since you first decided to stop for a quick pee you can relieve yourself.

On your way back you pop into the bookshop because by this time you got hungry. But even a stupid Snickers cost twice as much as at the ordinary gas station and three times more than you would pay in your local Lidl. And the cheapest sandwich is priced just about the same as you pay for your full Scottish breakfast you sometimes get in that cafe next to the park when you go for a walk on Saturday morning. And anyway, do you really want to queue behind all those teenage girls, who cannot decide which teddy bear is more cute? By this time you are tired of all that noise, noise from the gambling machines upstairs, shouting fast-food employees, cries of the lost children, the clink of coins from coin change machines and that terrible music blasting from omnipresent speakers, you give up, run through the rain across the park to reach your safe, calm haven: the interior of your own car. Now after a few long breaths to calm down, you start your engine again, and, after navigating that bloody 5-lane roundabout that is probably like the busiest one in Britain, you’re back on the motorway, much more tired than that 25 minutes before when you left the motorway in order to have a quick break.

Some have other options, but some don’t.

And this is how it is. No wonder, that Britain is the only country – except Turkey – when I ever saw people who just stop on the hard shoulder in order to do a quick number one. Also, the police patrol cars, having no other option, stop their victims on the shoulder and conduct their business just a few inches from the huge 44-tonne trucks blasting past at 56 mph. Many regular users of the motorways avoid Motorway Service Areas like a plague. You can have much more pleasant stay if you leave the motorway in order to visit a big supermarket – that is often visible from it – where the toilets are usually right next to the entrance, the cafes offer better food at much more reasonable prices and if you are in hurry, you can grab a full meal-deal at the half of the price of your motorway service sandwich. It is often also worth to leave the motorway in order to visit a small town you would otherwise just whizz buy, where you can also often find a clean toilet, do a small shopping and, at the same time, support the local business.

But not everyone is able to do it. Lorry drivers – for example – are between the hammer and a hard place. Their big trucks are often not allowed on side roads due to weight or size limitations and would have a slim chance to park in those motorwayside towns. At the same time, many truckers are in hurry to reach their destination in time, so they cannot really allow themselves the luxury of wasting 25 minutes for a toilet break in one of the Motorway Service Areas. So what they do, you could ask?

Well, the hitchhikers or other people, who had a chance to walk along the busiest British roads often wonder what are all those bottles with a yellow liquid that could be found lying around the grassy shoulders. This is commonly known as “trucker’s juice”. And no, it’s not orangeade.

This text has been published in Polish in a portal gazetae.com back in 2013
For some reason, it is one of the most popular texts on the Polish half of my blog, so in the light of the current discussion of why European truck drivers don’t like coming to Britain, I decided to translate it, making a few minor changes.

Food for thought for my British friends

2 Replies to “That moment, when you need to pee while travelling on the British motorway…”