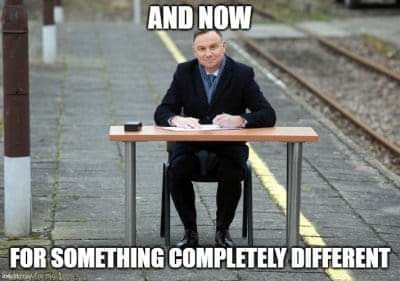 So President Duda did it. He signed the controversial bill providing extra funding for the PiS propaganda in TVP. Yeah, for propaganda.  OK, TVP offers also many valuable programs, but its financial situation is actually not that bad: it’s true that many people fail to pay their TV license fees, but, unlike for example BBC, TVP is actually allowed to broadcast commercial, of which they broadcast plenty.

Duda tried to use that opportunity to prove how independent he is, but of course nobody believes him. Right, his demand that in exchange of his signature TVP’s chief Jacek Kurski has to be removed allegedly angered Kaczyński, but even though Kurski has “given himself to a disposal of a president” (as if it was in president’s prerogatives to decide about his employment), the TVP is well past the stage when by removing Kurski it’s course could be changed. With all decent journalist removed or forced to quit and with all new pro-PiS propagandist that took their place over last 5 years, the easiest way to do so would be probably to burn it to the ground and start again. Because, seriously: does anyone sane believes, that Kurski will be replaced by someone not related to PiS, and even so, that this person would be able to change TVP’s course before the election?

But what is really annoying is that Duda did not just gave TVP two billions. He gave it at least 10 millions: the sum, which are officially to redress the issue of Poles not paying mandatory TV license is, according to the new bill, to be paid for next five years. And, despite government clash on those, who refuse to pay, is expected to bring the numbers up again, the sum has to be no less than those 2 billions from 2020. That means that even if everyone started to pay their licenses tomorrow, TVP would still get 2 billions every year, so if some Kowalski was not paying his license last year, but will pay from now on, he will in fact pay for it twice.

But the new bill on TVP is not the only thing Duda signed last week. He also signed a new bill reforming the railway transport. But this time its not a bill that is controversial, but rather the setting. The president signed it at the table placed on the platform of a derelict train station in Końskie:

That was hilarious, like something straight from Monty Python: 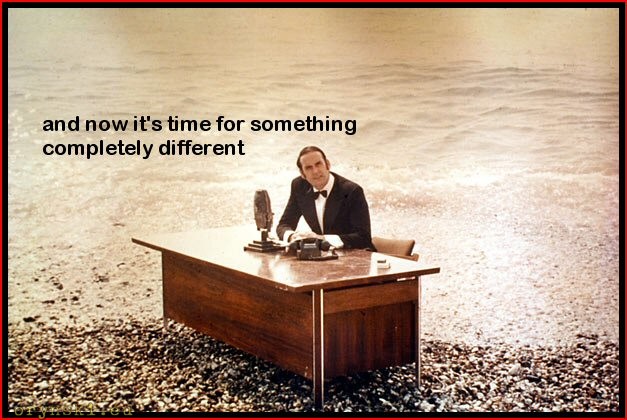 But of course it was not the only Monty-Pythonesque event last week. In Piaseczno a PiS councillor protested against the posters advertising a meeting with popular blogger. According to her, the blogger was showing “a sign of Satan”. Of course people tried to explain her mistake to her, but one does not simply explains mistakes to PiS members. In her interpellation she wrote “there is an explanation, that this is in fact not a satanic and ocult symbol, but this is completely contradictory to the Church’s teaching”. I don’t know about that, Pope Francis is known to use this symbol quite often – it’s an international sign language symbol for love…

There was love, there was also hate. PiS hates Adam Michnik, legendary opposition activist, whom PiS hates for being editor-in-chief of Gazeta Wyborcza. The right like to remind him, that his nearly 20 years older half-brother Stefan Michnik used to be a Stalinist prosecutor who avoided being trialed for his crimes – he lives in Sweden and Sweden refuses to extradite him.

When PiS MEP Dominik Tarczyński met Adam Michnik on a train, he decided to bully him and record it on his mobile. Władysław Frasyniuk, another legend of Solidarność, was outraged and suggested, that one day someone is going to smash Tarczyński’s face. Their heated twitter exchange was picked by an MMA promotor, who offered to organize a fight between the two, profits from which would go to charity.

As usual, there are equals and those more equals. Minister of Justice Zbigniew Ziobro forced many judges to release their financial statements, arguing, that transparency is the best way to find the corrupt ones. But it has emerged, that many of the judges who were appointed by PiS were granted exceptions allowing them to hide their own financial statements. I guess it’s OK, as being PiS puppets they are probably already corrupted.

It had also emerged that the head of the National Labour Inspectorate is allegedly breaking employment laws. He refuses to speak with trade unions, thus breaking his own guidelines. He is also being accused of nepotism, granting well paid jobs to inexperienced people from PiS and so on. Nothing new here, after all he is from PiS too.

What is new is that PiS leading legal expert, providing president Duda with excuses to break the constitution who was found guilty of plagiarizing his student’s work has appealed decision of the disciplinary commission of his university. After his case was examined again, he was again found guilty, but this time his ban on teaching was twice longer. There is no hope for a justice for the plagiarized student, though. The prosecution dropped the case after he claimed, that she was an author of the text in 90% and he was in 10%, and she has not been informed, so she was unable to appeal on time. So apparently you can plagiarize anyone, as long as you add something from yourself.

Meanwhile, Poland is shocked to see that president is travelling by train. Of course it was not our president – just as other PiS leaders, he travels only in armoured limos accompanied by the security and under police escort, even if he goes skiing. It was Guoni Th. Jóhannesson, president of Iceland who after meeting president Duda in Warsaw, decided to visit Gdańsk as well…

It’s kinda sad, that we got so used to scenes just like from Monty Python so much, that something, that should be completely normal – a politicians using public transport – comes to us as a shock.