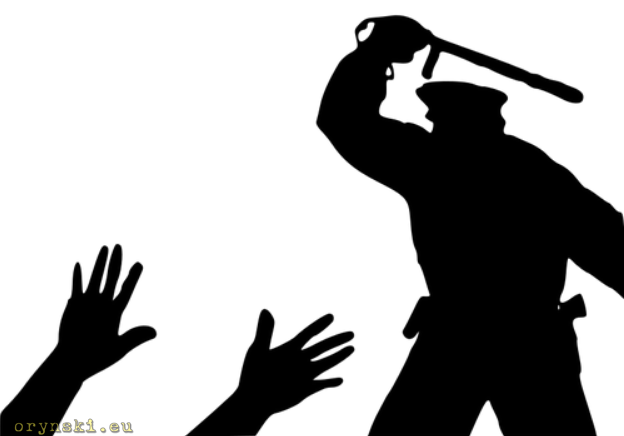 After the elections that haven’t taken place, the political atmosphere in Poland is cooling down. Platforma Obywatelska decided to use that unexpected development to replace their candidate – Małgorzata Kidawa-Błońska, that proved to be unable to connect with the voters will give way for a Rafał Trzaskowski – who a year ago knocked-out PiS candidate Patryk Jaki in the first round of the elections for the mayor of Warsaw. The government propaganda machine started immediately, accusing PO of wasting money, as because of that new voting cards will have to be printed, and the old ones will go to waste. I would say that the person, who illegally printed those should be responsible for wasting public money, but what I can say.

But of course, elections are not the only topic in Poland. Let’s see then what have we missed in the last few chapters that were focusing mostly on elections.

Let’s start with how TVP celebrated International Day Against Homophobia, Transphobia and Biphobia by censoring fragments of the Eurovision hosted by a transgender person. Those were intermission bits for the stations that broadcast commercials during programs. TVP is not allowed to interrupt programs with commercials but decided to do it anyway. Probably 10 billion provided to them by president Duda is not enough.

Then there also the problem of draught. The situation is so dire, that public swimming pools (that had to be closed due to COVID-19 epidemics anyway) decided to distribute water stored in the pools to the local farmers. The situation is dire, as proven by unprecedented fires in Biebrza National Park. The government decided to take action and sacked the director of that institution. The decision hasn’t been explained to him. Perhaps PiS wants to replace him with some of his own “experts”? They already replaced some experts and usually ends badly – as in Arab Horse Studs in Janów Podlaski (see more here). The situation there is dramatic and the fall of this once world-renowned institution has been just noticed by The Times.

The place they really need to destroy is the Polish Hight Court. So far attempts to do so (see more here) failed, and PiS appointed a new acting chief, the founder of Ordo Iuris, a legal organization promoting abortion bans and ultra-catholic views.

He is not the only member of this organization placed by PiS in a strategic position. A first member of a newly established commission to investigate paedophilia in the Catholic Church is also an Ordo Iuris member. But why the commission, promised to Poles after a shocking documentary by Sekielski Brothers that was published last year (see more here), is coming to life now? Just a few days back we heard that it won’t happen because the parliament has more important things to do during the pandemic? Well, swiping things under the carpet became more tricky after the new movie by Tomasz Sekielski came online. It’s called “Hide and seek”, it was premiered on Youtube last Saturday and it already amassed over 4.6 million viewers:

This time Sekielski shows how paedophile priests are protected, not only by the church but also by the state. There is a secret agreement between the church and the state, the prosecutors are obliged to grant the church full access to their investigations. This, of course, works only one way, as while investigators, in theory, do have the right to demand that church shows them their internal documents, they are actively discouraged from doing so. “The autonomy rule requires for the state institutions in their relations with the church to rely on cooperation and to refrain from using their powers in an antagonistic way” – says the relevant document. So they should ask nicely but are told not to use their powers if the church denies their demand.

According to new laws, further members of paedophilia investigating commission would not need to be experts in the field. Now they could be experts in any field unless they have some medals, then even their education level becomes irrelevant. I wonder if Zuzanna Wiewiórka, an anti-choice activist famous for stalking young women seeking help to have an abortion and preventing them from doing so in any way possible – for example, by informing their parents – could become a member of that commission. She was just awarded a bronze medal “distinguished for merits to the Justice System” despite openly calling for placing bombs in abortion clinics and killing doctors. But what would you expect, if the deputy Justice Minister, who awarded her this medal, is also a member of radical Catholic organization – Opus Dei?

And where those new laws come from? From yet another instalment of the “government bill on tackling economical crisis caused by COVID-19”. PiS no longer even bothers to mock democratic process and just trows regulations on any topic into that bill and then the Sejm is asked to vote changes en bloc – that means there is one vote for all changes introduced by PiS, and one vote for all changes proposed by anyone else. That, of course, makes any scrutiny impossible and allows for sneaking some unacceptable changes as well: for example minister Ziobro wants to allow for “preventive confiscation of property”

But of course, when it comes to sponsoring the Church, not even mocking of the law is required. The government pumps money into Father Rydzyk’s business empire in every way possible – from EU grants to budget reserves. It has emerged recently that the Musem of the Polish Catholicism (that seems to be a museum of Tadeusz Rydzyk which he builts for himself) will be paid virtually solely by the taxpayer. The government gave land for free and forked out over 117 000 000 while Rydzyk covers 88 000 000. But not in cash. Those 88 000 000 will be in the form of material donation. Tadeusz Rydzyk donates archival recording from his radio valued at up to 1000 zł per minute. Strategically I can see why PiS does everything to please him. The numbers of his fanatic followers might be dwindling, but he still commands a significant army that votes as he tells them. Still, the cooperation with him proves difficult: recently, for example, he called his followers to ignore social distancing rules in churches, arguing, that those are government attempts to limit religiosity.

He might be right in that government take on who should respect social distancing is indeed incoherent. When in Wadowice a crowd of 200 people amassed to see president Duda. Police were present, but refused to act, saying that “there are just very big families here”. Meanwhile, anti-government protests of entrepreneurs, led by Paweł Tanajno, one of the presidential candidates, are crushed with brute force:

The use of the force is deliberate. During most recent protests, the police surrounded a group of protesters and demanded that they disperse – which they were unable to do because they were surrounded by the police who did not want to release them. The police then attacked them with the tear gas arguing that they did not follow their orders:

Another tactic of the police is to forcibly place people into the police vans and then driving them several miles to the police station in Warsaw’ satellite cities where, after interrogation, they are released without being provided means to get back to the capitol. Amongst the victims of such actions are journalists from Gazeta Wyborcza and even a freelancer who works with TVP. An opposition senator was also amongst those pushed into police vans by force:

As you can clearly see in the movie, he is showing the police his ID card – proving his immunity – yet he is still forcibly pushed into the vehicle. The police spokesperson has seen some different footage apparently as he claims that senator he got into the vehicle himself and, despite being politely asked to leave, refused to vacate the van.

Police seem to be pretty busy – apart from their crowd dispersing duties, they are now also personally delivering letters with fines from the Sanitary Inspectorate to the opposition activists:

Apart from the protests, last week’s news was dominated by two other things. First was PiS hysterical reaction to the song criticizing Jarosław Kaczyński (see here). The other news is only just unravelling. It all started with the discovery that face masks purchased by the Ministry of Health had their certificates forged and are not up to the job. They were also severely overpriced – at 8 zł per piece, while even during the peak they could be obtained at half of this price, and today identical ones are available in retail for as little as 1.62. It turns out that the masks were provided by the middle man, minister’s ski instructor, who opened a medical supplies trading business just a day before he was awarded the contract. That prompted a further investigation that uncovered Minister’s wife’s connections with various shady businesses…

But of course, despite that, the Polish Health service is doing great. Every single worker of critical importance (that is: professional footballers) has been tested and found healthy, so the league can start in a couple of weeks. And even despite problems with face masks purchased from the minister’s pals, the state has such a big surplus of medical equipment, that it can help other countries.

So what poor country had been blessed with two trucks of critical products you might ask? Would it be Greece, dealing with the virus outbreaks in refugee camps? Or perhaps war-torn Ukraine that struggled financially even before the pandemic?

If you think so, you probably haven’t noticed the pattern emerging from that series. The supplies will get to those neediest, “including Vatican workers, Vaticani Police and Swiss Guards” – said Polish Ambassador to the papal state. Because the country deemed most in need of receiving medical help by the Polish government is the Vatican.

This piece was written for Britské Listy
Graphics: Public Domain