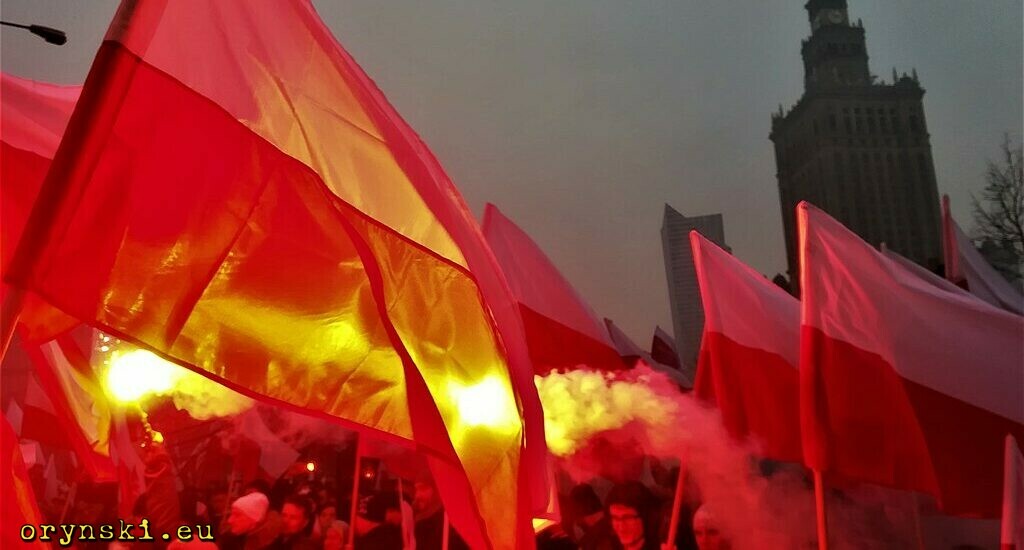 As you might remember, PiS came to power claiming that Poland is ruled by privileged castes. Judges for example, were said to be privileged and acting against the interest of Poles. We have learned quickly that it is only used to harass those, who oppose PiS so-called judicial reforms, aiming to put the justice system under Zbigniew Ziobro’s control – see for example judge Igor Tuleya who is suspended after overturning prosecutor’s decission to close the investigation regarding illegal voting in December 2016, where PiS moved parliamentary proceedings to another room, to which the opposition MP’s were not allowed into. Tuleya is being suspended, mobbed, harassed and accused of absurd crimes every since and is prevented from sitting in court – and he is just one of the many. You can read a full report of the judges persecuted, often by the (illegal!) Disciplinary Chamber of the High Court, here).

Strangely enough while the chaos around the illegal Disciplinary Chamber is not getting in the way of the persecution, it makes prosecution of one judge caught driving under influence of alcohol very difficult – it has been two years and he still hasn’t faced justice due to legal tricks and excused used by PiS controlled judciary.

The numbers of the groups that can feel untouchable under the PiS rule is growing – the police officers for example, openly and blatantly breaking the law – like last 11. November, when they brutally dispersed a legal counter-manifestation to an independence march, breaking arm of one elderly activist and telling people that they are “leftist scum” and “should get the fuck from Europe”.

Luckily, we still have ordinary citizens trying to keep order, so when one of the local chiefs of traffic police – and a hunter (and regular readers might remember that hunters in Poland are also a privilleged caste) – was caught drink-driving by some random drivers, police had no choice but to suspend them. I guess running away, leaving behind a car with both his police gun and hunting rifle was not the brightest idea… We are still waiting for the reaction off the hunting association though…

But the biggest problem in Poland now is that the Nazis are also a privileged caste in Poland. After the nationalists, who organize those 11th of November “Independence marches” in Warsaw every year failed to register it properly (someone else registered their event in the area first), the government helped them out by making it a State Event. Let that sink: the neo-Nazi organized march is now a state event. If you are not familiar with character of that event, you might want to watch this documentary (with English subtitles):

The government did everything to ensure, that this year’s event won’t end with the city being vandalized, like during some previous years, so the government ordered city of Warsaw to remove items that might “provoke” the participants of that state event, such as construction materials (including cobblestones) stored at the nearby roadworks site, benches, bins and city bike stations (all those items have been vandalized or set on fire before). Robert Bąkiewicz, the organizer of the march, said on his twitter (screen here) that if Warsaw’s president Trzaskowski fails to do so, then it will be clear that he “plays in one team with Lukhashenko who aims to create chaos in Poland”. The press reporters were advised by the police to wear helmets and body protection and to not wear their press badges over the next as “this might be used to strangle them”.

Funnily enough, just a few days later a giant marches against the abortion ban took place in the same location (see last week’s piece), and there was no need to remove Belarusian provocative materials such as cobblestones or benches, how is that?
Still, this year’s Nationalists March did not ended in riots like during some previous years, although it could be due to the fact, that police is now best friends of the marchers. While their aforementioned intervention against the counter-protests began with anti-pyrotechnical control (using flares and fireworks during the mass events is illegal in Poland), the nationalists were free to set flares as they are every year. I am not sure, tho, if “no riots” is the standard we should expect from the State Event, especially that amongst its participants, as usual, there were neo-Nazi groups from Hungary and Slovakia, as well as the Italian organization Forza Nouva and plackards such as “It’s OK to stay white” were openly on display.

But apparently there was a black guy marching so it’s all fine. pic.twitter.com/Ibpck9bWWY

But it’s OK, there were some token black guys there, so the march was definitely NOT racist:

Still, even worse things were taking places in other cities. In Wrocław the local march was organized by ex-priest and anti-Semitic preacher Jacek Międlar. As he was recently sentenced for his anti-Semitic hate speech to some community work, he had to find a new target, so this year’s march was openly anti-Ukrainian. Just what the city in which some estimates show that over 10% of current residents are Ukrainian. The march was disbanded by the city officials for illegal use of the pyrotechnical materials – you can watch pictures from this event here.

But the most disgusting event took place in Kalisz – one of the oldest Polish cities. That event, organized by former actor turned hate-preacher and proponent of anti-COVID conspiracy theories Wojciech Olszański (a.k.a. Aleksander Jabłonowski) along with Piotr Rybak, sentenced for burning an effigy of a Jew, left no doubts about what it was all about. “LGBT, pederasts and zionists are enemies of Poland! Go away to Brussels. Poland don’t need EU, death to the EU! Down with mind slavery, we are not slaves! They tell us that some QR vaccination code is more important than the name we have from our fore-fat” – shouted Olszański, calling for civil disobiedence.

“We are being ruled by Polish-language-speakers from Israel using false surnames” – thundered Rybak. – “We should unite and chase this rabble as we did back in 1968!” (the year of the anti-semitic cleansing carried out by the communist government – TO). Then they proceeded to burn a copy of the Statute of Kalisz, a 1264 document that granted Jews, who were then persecuted in Europe, a safe haven in Poland.

The police was present and, according to its spokesperson, wanted to arrest Piotr Rybak for his hate speech, but was ordered by the prosecutors to step down. Could it be because Rybak is a political ally of Zbigniew Ziobro, minister of justice and chief prosecutor? Here you can see him taking a prominent place on the stage during one of the party events:

If someone still had ANY doubts that Poland is slipping down the fascist route, the situation should be clear by now. And the consequences of that can be felt by ordinary people already. On 11th of November a flat in Warsaw displaying Polish, UE and LGBT flags had been fired upon from an airgun – the pellets went through the window glass. Another window decorated with a rainbow flag was smashed with a brick. In Wrocław a bassist from a local band had been assaulted on the street for having long hair… The prominent historian had been forced to quit Institute of National Rememberance for writing an article about a historical character promoted by PiS as one of the key persons in their new national mythology could be an anti-Semite who murdered Jews (article can be read here). Further reports of women having abortions refused – like a story of that women forced to carry dead featus for three weeks – show how brutal the oppression of the Polish women had become under the new anti-abortion ban. And even the candles left to commemorate Iza z Pszczyny (see last week’s chapter) are stolen by right wing activists and moved to the “grave of unborn children”. And just remember that the participants of a State Event in Warsaw demanded for a Border Guard to open fire on migrant on a Belarusian border:

So what is the situation at the Belarusian border? Well, apart from it being a humanitarian disaster, it is now also a PR catastrophe for the PiS government. Lukashenko’s regime allowed Western media to access the border from their side, while Poland still denies access to journalists to the area, so the narration is now controlled – or at least influenced – by Belarusian regime. A couple of days back a Polish soldier died after shooting himself with his own gun. As I write those words, several hundreds of migrants were allowed to leave Belarus by the regime forces and are now trying to claim asylum on the Polish side of the crossing:

This puts Polish government in very uncomfortable position, as they claimed several times that they refuse to accept asylum claims from the people on the border only because they are not filed, as they should, at the official border crossing. Meanwhile the city of Munchen announced that they are ready to take those people in… And what is Polish government doing?

Well, the latest news is about the National Bank of Poland is to urgently release commemorative coins celebrating “the defence of the eastern border of Poland”. This is EXACTLY what we need.

But more and more voices claim, that what Poland is doing to the migrants at the border can be considered a crime against humanity. If you want to understand why, watch this documentary, consisting of the interviews with local activists helping people stranded in the woods (with English subtitles). I must warn you, though, this is not an easy material to watch: