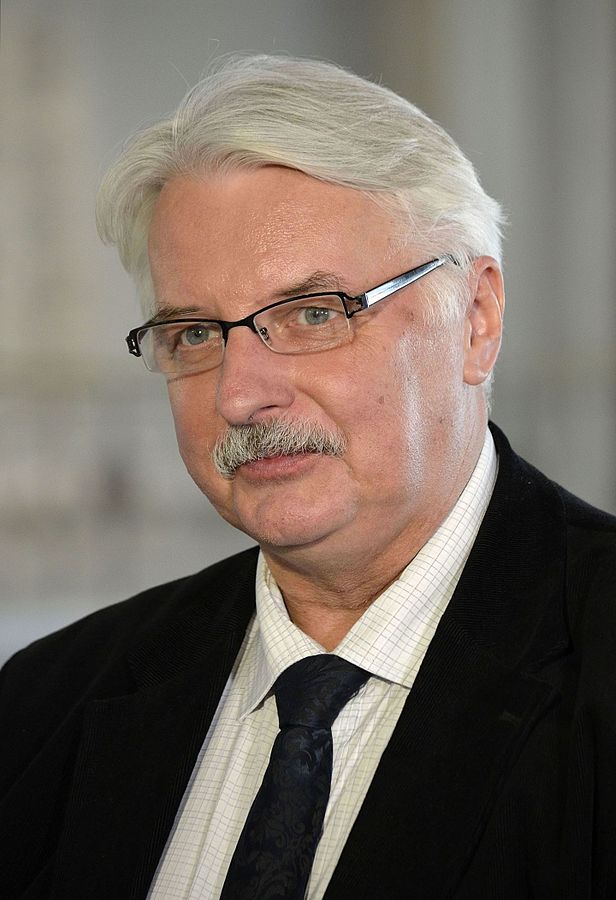 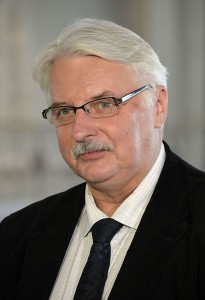 Internets, in Poland and abroad, are having a good laugh at the expense of the Polish Foreign Minister Witold Waszczykowski, who, in his recent interview with German tabloid Bild, stated, that new Polish government is willing to cure Poland from disease of veganism and cyclism. The Minister defends himself by claims, that he had to use simple language to speak to the readers of the tabloid, but the fact that this interview was run under the headline “Have Poles gone cuckoo? (Haben die Polen einen Vogel?)” might suggest that he managed to achieve the opposite result. But lauging at the minister, whos resort was already nicknamed “ministry of silly steps”, diverts our attention from one of his much more important interviews.

And no, I am not talking about his recent interview for Reuters, in which he suggested that he is willing to accept discrimination of Poles in the UK if David Cameron supports Polish efforts to establish NATO military base on Polish soil. Anyway, the ministry has already issued a statement in which they claim that minister’s words were twisted and lost their meaning in translation (the fact, that everytime a right wing politician says something stupid, it is blamed on incompetent journalists might explain PiS’ attempts to take control over state media in Poland).

But those really important words of minister Waszczykowski were spoken in the interview he has given to a Polish news station TVN24. As reported by right wing portal wPolityce.pl, that propably can be trusted to convey minister’s words properly, the minister provided a brilliant solution to refugee crisis:

„The idea is simple, but it can be difficult to put in practice. Tranquility and stability  – because it might not be possible to achieve peace any more – has to be recreated in those regions, from which immigrants are coming to us. We have to reestablish a functional state of Libia, we have to rebuild at least part of Syrian state. We have to free northern Iraq from the Islamic State occupation (…) If we achieve peace in those areas, a significant part of immigrants, who today live in refugee camps, should go back to rebuild their countries”.

I don’t understand how it is possible that nobody got that idea before. Obviously, one needs a genius to see the simple solution in otherwise complicated problem: it’s enough to make the places from where refugees want to escape suitable for comfortable life, and they will instantly stop seeking refugee elsewhere. Pure genius. Why nobody else saw that instead of dealing with the outcome of the problem, it has to be solved at it’s source?

A brilliant simplicity of this method, that will propably become known as Waszczykowski’s Method, allows it to be applied to solve other issues. For example: to solve the problem with Ebola disease, it would simply require curing the ones, who are already sick, so they don’t infect any others. The problem of unemployment can be solved simply by offering work to those who have no jobs. Furthermore, Waszczykowski’s Method use in the field of economy is almost limitless – if only Beata Szydło, prime minister in Jarosław Kaczyński’s government, would convey orders to implement it across all ministries, the good change promised by Prawo i Sprawiedliwość would be at arm’s lenght. Because what else is needed to balance the budget and boost the economy while avoiding cuts to the social system? Instead of balancing between raising tax and cutting expences in order to avoid excessive borrowing, it would be enough to look at the source and, using Waszczykowski’s Method, just simply make budget’s ends meet.

Many people were laughing at the Prawo i Sprawiedliwość program. They said it’s physically impossible to deliver all promises. I would not be surprised, if it would turn out that they were the same people, who think that refugee crisis or peace in the Middle East are difficult challenges. They simply haven’t heard about Waszczykowski’s Method yet.

This piece was also published in Czech in Britské Listy

Who is responsible for perception of Poland?