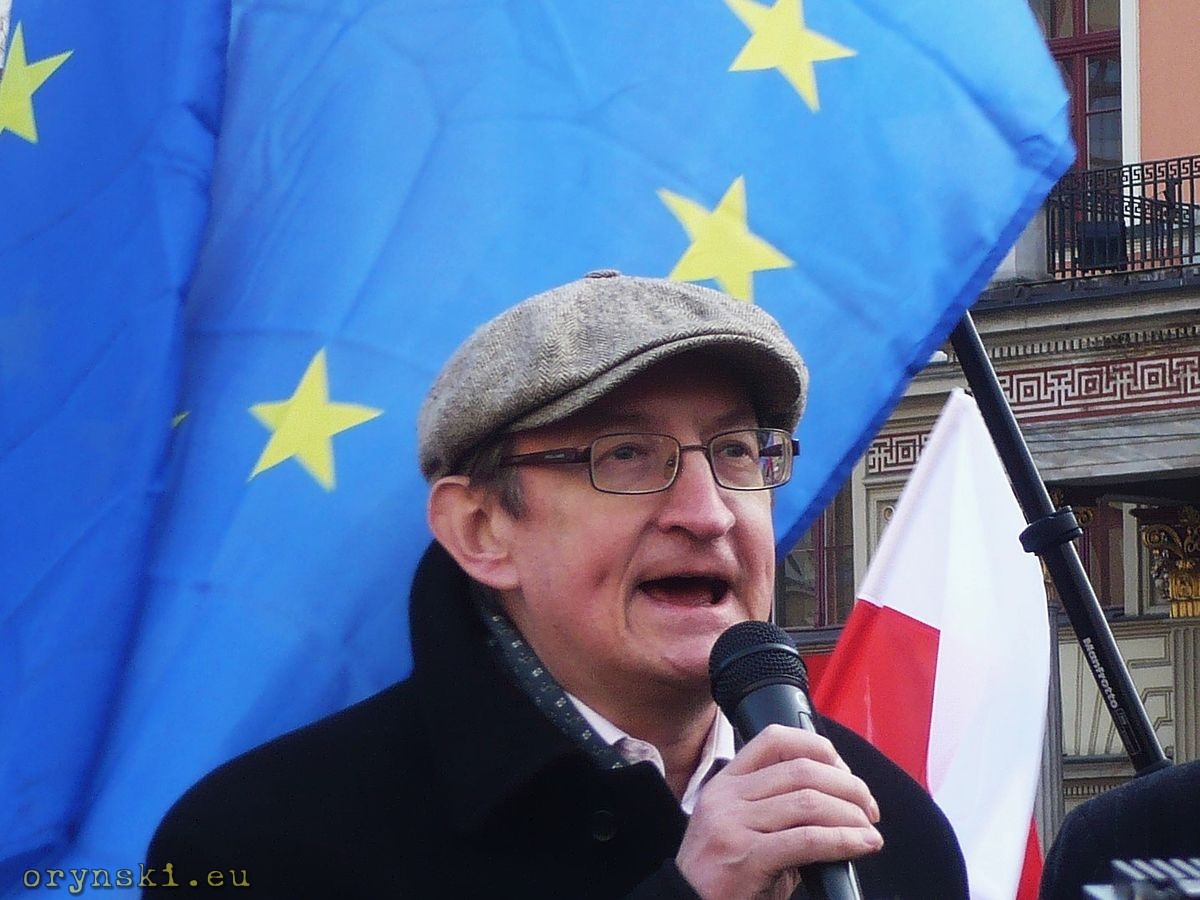 Click here to read previous chapter of the series

So PiS was right after all! There are foreign agents trying to influence Polish politics from the inside. Luckily for everyone, crisis has been solved now, after Robert Grey, a deputy minister of foreign affairs got sacked.

On the other hand, PiS was also right in it’s claims that Gazeta Wyborcza will do everything to make government’s job difficult, as it was this paper that published an article that suggested, that Robert Grey, a man from nowhere that was, to a surprise of everyone, appointed deputy ministerof foreign affairs responsible for dealing with the US, used to be a CIA agent. He got sacked instantly, but minister Waszczykowski, with his famous dexterity of the elephant in porcelain shop, issued a dementi, stating, that the fact that he kept secret his past as a CIA collaborator was not the reason for which he was sacked. But anyway, now, after Matthew Tyrmand also lost his job as Waszczykowski’s advisor (see: http://blisty.cz/art/83908.html ) we can assume that there are no longer foreign agents in the government. So we can safely assume that all future catastrophes in Waszczykowski resort can be blame only to the fact, that he is an idiot.

Meanwhile, the government has to face financial problems. The economy does not grows as well as predicted. The government for some time already was trying to keep a good face, saying that there is still a chance to achieve prognozed 3.6% GDP growth, or that 3% is indeed not that bad as well. Now when the newest data shows, that it might be rather closer to 2%. There were voices that it’s previous government fault – they have nastily set prognozed GDP growth at too high level. But Jarosław Kaczyński has found who is really to blame: it’s enterpreneurs connected to the opposition, who give up profitable businesses just to annoy PiS government. This man, who never had a proper job outside academia in communist times, and know next to nothing about business (he has only opened his first bank account couple of years ago) simply cannot understand that business is not to keen for new investments not because they don’t like PiS, but because PiS is completely unpredictable.

Part of that unpredictability is probably due to the fact, that nobody expect PiS to be as stupid as they are. For example with the term of professor Rzepliński as a head of Constitutional Tribunal, there comes a need to elect his successor. Three judges elected by PiS did not attended the seating, claiming a sick leave. But one of them spilled the beans when it turned out, that she is healthy enough to issue statement to the press saying that she did not participated in the seating, as she does not want to legitimize illegal activities, thus indirectly admitting that her doctor statement was fake. Somehow though I don’t hold my breath to see procurator general Zbigniew Ziobro sending his subordinates to check that. But this cunning plan, worthy of Black Adder’s Baldrick was not only stupid because it shows that people, who according to PiS are the most notable and honourable lawyers in this country use some petty dupery to achieve goals set to them by Kaczyński. It was a complete disaster also because, despite claims of former communist procurator and today PiS top legal expert Stanisław Piotrowicz, who accuses professor Rzepliński of breaking the law again, electing of new chief of the constitutional tribunal is not a right, but a duty of the judges. And as the deadline is set firmly by the constitution, the other judges had to proceed despite not being able to achieve full composition of the judges. So PiS has achieved nothing apart from showing their judges as frauds, who use fake doctor’s statements.

But while Kaczyński is focused on the Tribunal, Mateusz Morawiecki faces the task of stopping financial catastrophe of the budget. Since he is unable to take back all give-aways already set in motion, and can’t afford to realise PiS’ major promise to raise income tax threshold, he has to think something else. And so the promise of lowering back retirement age had a catch: while the age was brought back to where it was before, the new rules make it virtually impossible for pensioners to work part time without loosing their pensions, and since the pensions in the new system will be not sufficient to survive, they will have to choose between starving on pension and continuing to work. And while under current system every extra year worked adds to the jar and make future pension higher, it won’t be the case now. So it might be called “lowering the retirement age” but the facto it is about making people working till they drop dead (unless they managed to secure some income for the later years by investing money outside the social security system).

But even that is not enough so another plan is to cut all privileges for retired policeman and other uniformed for people, who worked for communist regime even for one day. And for PiS communist regime has ended in 1990. That means, that someone, who joined secret service to become bodyguard of first non-communist prime minister in Eastern Europe, Tadeusz Mazowiecki, will be considered as active member of the forces of the communist regime because that was in 1989. Full blown PiS hypocrisy: someone, who in 1980’s was a traffic policeman or investigating murders is a criminal and should be stripped of any pension benefits. But Stanisław Piotrowicz, who was prosecuting Solidarity activists during Martial Law is a hero, because today he is in PiS.

But Morawiecki needs to look for money in other places than a pension system as well. This is why he is aiming at the poorest. As with the new interpretation of the ministry of finances, if you were in so tragic financial situation, that the city council had to remit your rent arrears for your council flat, that mean that you were enriched, and thus you have to pay income tax from it.

A lot is also happening in the field of the education as well. In September the current three-stage system of schooling is to be abolished, and pupils and teachers will have to find themselves in the one similar to that from the communist time: eight years of primary school followed by 3, 4, or 5 years of respectively vocational school, lyceum and technikum. So far nobody knows nothing about that so the ministry of education between desperate attempts to hide all the disasters caused by this decission managed to publish new curriculum. They claim that it was not prepared in rush, but the typos that can be found even in the title of the document suggest the opposite. The curriculum instantly became a laughing stock, as can be seen on Twitter under the tag #nowapodstawaprogramowa.

Recent trial run of Matura exams can show what can be expected in secondary subjects. In the subject “knowledge about the society” (Wiedza o społeczeństwie) there was a picture of father leaning over his baby. The question was to resolve, if such situation is a “traditional model of the family”. According to the answer key, the correct answer was “No, as in traditional model of the family it’s women’s job to take care of the children”. This seems to be just the beginning, as ultra-radical “academic” from Catholic University was appointed as government expert who’s job is to prepare new curriculum for the subject called “preparation for family life” (przygotowanie do życia w rodzinie), that in Polish school takes place of sexual education. She is known for statements such like “contraception is a wickedness, as it fights against fertility and fertility is not a disease to fight it” or that “contraception leads to divorces and adultery”. According to her using condoms, or even pull-out method causes cancer, as women deprived of beneficial effects of sperm get sick. Even if that was true, somehow I can’t imagine oncologists prescribing their female patient a treatment of bukkakke…

But introducing outdated catholic views into education is not the only example of PiS trying to get back in time. Zbigniew Ziobro’s obliging subordinates have detained Józef Pinior, legend of the solidarity, one of the people who in 1981 pulled a brave stunt in order to save Solidarity money from being seized by the government (he is one of the the character portrayed in Waldemar Krzystek movie “80 milionów”). The prosecutor during the press conference, during which he had to make a break after falling in tears, accused Józef Pinior and his assistant of corruption charges. The court was not amused by this show and has found evidence not sufficient to secure an arrest, despite prosecution’s claim that they can provide bank statement showing bribes being paid into Pinior’s account. That would probably be the first case in history when bribes are paid openly by bank transfers, so it led to journalist ridiculing Ziobro’s subordinates. Minister of Justice got angry and threatened journalists that if they don’t’ stop slagging his faithful servants, he will make Pinior’s wire-tapping recordings public. So much for professionalism of the justice system.

But for Poles everything is clear: we are back to early 1980 as everything is like during Martial Law: Józef Pinior has been detained, Stanisław Piotrowicz accuses honest people of breaking the law and Jarosław Kaczyński sleeps in his cosy bed unable to understand what is really going on. Except that it’s worse this time, as leaders of General Jaruzelski’s regime not only understood well what is going on, and what the consequences can be, but (perhaps because of that) they were also willing to talk to the opposition. And there is no hope for that when it comes to PiS.

One Reply to “Meanwhile in Cuckooland 11”