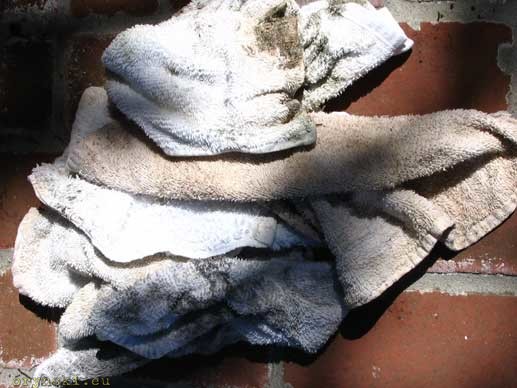 When Blisty wanted to write about PiS backing down and submitting to the European Tribunal of Justice ruling last week, I advised caution. Today we know, that my predictions were right: even though the Polish government claims it will ultimately abolish the controversial Disciplinary Chamber of the Highest Court, used to discipline judges that rule against the government’s will, it is only a smokescreen. The hearsay goes that they will replace it with a different body, tasked with the same job, just called differently, so the whole procedure will have to start again. While the Chief of the Higher Court suggested that she might be willing to suspend the activities of the body in question, nothing of that sort happen, and the body is still in operation and the judges disciplined for issuing verdicts against PiS’ will are still suspended and can’t come back to work despite both Tribunal’s ruling and verdicts of the courts they have appealed to. The official answer of the Polish government clearly outlines their will to further “reform” the judiciary system in Poland, while denying the fact that they are able to introduce any changes “as this would mean a breach of Polish court’s independence”. This is basically a diplomatic equivalent of spitting in one’s face, showing him a middle finger and laughing.

If you want to see how much respect the government has for the judiciary system in Poland, just look at this tweet of Zbigniew Ziobro, the justice minister. After two historians won a court case brought against them by the descendant of a man who, according to their research, blackmailed Jews and facilitated their deaths during the war – the court found that they upheld the highest academic standards and don’t have to apologize to the family – the minister wrote “according to this court, only because they are academics, they are free to lie, make criminal out of a hero, say that Pole who helped Jews is to blame for their deaths. This is not only compromisation of the court, but this is also an assassination on justice”. Yes, A MINISTER OF JUSTICE wrote this about the court ruling. Any questions about the standards in Poland?

But as the courts keep ruling against Ziobro’s wishes (like when they ruled against delegalisation of the Reformed Catholic Church, a small break-away movement that grants marriages to gay couples) there is no wonder why he is so keen to submit the judiciary system totally to his control. Especially that he might be thinking about the future as well – the papers are already on the trail to his-and-his-wife’s enormous wealth obtained under doubtful circumstances.

The parliamentary standards aren’t much better. After Jarosław Kaczyński kicked out Jarosław Gowin’s satellite party from his ruling coalition, the PiS lost the majority in the lower chamber of the parliament as well. And all that in the crucial moment when the fate of so-called lex-TVN, a new media regulatory bill clearly aimed at the American-owned TV station which is the last major TV openly criticizing PiS government – was at stake. Kaczyński managed to win the support of Paweł Kukiz, former presidential candidate and the head of the ephemeral party Kukiz’15 who still has a few MP’s left at his side, but to the surprise of everyone when the proposition to postpone the parliamentary proceedings came onto the table, Kukiz and his men voted for it and PiS, that wanted to continue working on that day, lost. In a panic, the speaker of the parliament Elżbieta Witek ordered a recess, which lasted much longer than expected, only to come back and announce, that she spoke with legal experts and they said it’s OK to re-run the last vote because Kukiz and his men made a mistake by voting the wrong way. This time Kukiz voted as expected and the further proceedings went as Kaczyński wanted, although by now it’s clear that Elżbieta Witek did not speak to any experts – the recess was used to try to bribe Kukiz or other opposition MP’s to vote the “right” way. The opposition wants the prosecutors to investigate, but I would not hold my breath. Zbigniew Ziobro, the Justice Minister already mentioned in this chapter, is also the chief prosecutor…

An enormous level of anger aimed at Kukiz flooded the Polish internet – he is commonly considered to be a traitor – especially that he posed as an anti-system politician who cannot be bought. His former bandmates and friends from the musical sphere – for many years Kukiz was a frontman of the punk rock band Piersi – in strong words condemned his actions or distanced themselves from him. Kukiz seems to be shocked with the amount of criticism and outward hate he receives – even despite the fact that he openly challenged his fans some years ago, demanding that if he ever becomes a politician (as if: not anti-systemic warrior), they should spit in his face and call him “a rag”. Now he complains that he is a victim of hate “bigger than president Adamowicz” (the mayor of Gdańsk who was murdered on stage few years ago”). But one can point that Kukiz is the last man to complain about the hate received by politicians, as while he was still a rock-man, he recorded a song addressed to left-wing politicians that included the lyrics such as:

How I hate you, you whores
How I despise you
How ashamed of you I am
When I go abroad sometimes

Fat faces, ugly mugs
Whenever you go, it’s a whoredom
Oh, how I hate you
How would I shoot you with Kalashnikov

But with time the day will come
You, whores, will pay for everything
They will put you in helicopters
And you’ll never come back

But you know, calling Kukiz “a traitor” for brown-nosing Kaczyński is “an unprecedented hate”.

Meanwhile, the TVN station might be torn in PiS’s backside for a bit longer. It has been announced recently that they have obtained a broadcasting permit in the Netherlands. True, that won’t solve the problems with their ground broadcasting TVN and TVN7 program, but their info station TVN24, the ones that hurts Kaczyński so much, is broadcast only in cable and satellite anyway, so Kaczyński won’t be able to muzzle them at least. Which is important. You could see HOW important it is if you watched live transmission from the parliamentary debate on LexTVN in the government’s TVP: only speeches by pro-government parliament were broadcast. When the opposition MP was taking over the rostrum, the signal was returned back to the studio when the pro-government commentators were continuing to present the government official line.

Another interesting development with all this affair related to TVN24 is the fact, that the other big privately owned TV station Polsat announced plans to create their own 24 hours news channel. With the fact, that in recent months Polsat seemed to clearly cozying up to the government, some say that the plan was to replace TVN24 with an “independent” news channel which message could be controlled by Kaczyński.

Meanwhile, the ground broadcasting permit runs out next month, and the Media Council, the people whose job is to issue it, are still doing nothing, clearly awaiting the outcome of the “lex-TVN” battle in parliament. And it’s no surprise, it’s enough to check who they are. Three of them were nominated by PiS:
– PiS nominee, a Christian philosopher and long-standing co-worker of Kaczyński
– ex PiS MP
– another long-standing supporter of Kaczyński
and two by president Duda:
– a man who works together with Tadeusz Rydzyk
– and a father of former boyfriend of the presidential daughter.

It is clear that those people are in no way competent to shape the media market in Poland, as can be seen clearly by the example of Teresa Bochwic, one of PiS nominees, who, for example, complained on Twitter that she paid to the pirate warez site to download an illegal copy of a cartoon movie and when it turned out to be incomplete, they refused to answer her demands for a refund… Actually, I doubt she has any competence in any field, as her Twitter was a goldmine of idiocies, just like when she said she does not use electric kettles, because in electric kettle water boils at “too high temperature” or that burning rubbish in your stove is a sign of good housekeeping, as “recycling is annoying, and the yellow smoke goes up the chimney and disappears so is as if does not exist”…

Yes, this is a woman who has the future of the Polish media market at her desk. But some say that the politicians are truly representative of the population. Maybe this is true? Maybe this is what we, Poles are? Let’s take the pandemic. I live in Scotland and the only shop where the majority of people refuse to observe face mask rules is my local Polish shop. I drove to Poland recently and whenever I stopped for food or fuel – no matter in Germany or in Belgium, I could safely bet that those, who don’t wear masks indoors are other Polish drivers or travelers, and I would probably be right 9 out of 10 times. Politicians like Grzegorz Braun, who claims that Hitler and Stalin were better than our government because “they never went as far as to submit human’s body to the state”, or Janusz Korwin-Mikke, who claims that experiments of Dr Mengele were worth more than the vaccination program because at least Mengele was observing scientific method by using the control groups and so on (it’s funny, that anti-vaxxers don’t realize that if the vaccinations really were an experiment then it’s THEM, who would be serving as the control group, so they would also be part of it). Should we be wondering that with the political leaders being such imbeciles the anti-vaxxers movement becomes a real threat, including terrorism (after a water park in Poznań adhered to the government rules and allowed entrance over the limit to the vaccinated people, it received a bomb threat).

But at least the Polish church finally managed to keep up with modern times… Well, almost. In the recent sermon during the important Catholic holidays of 15th of August, archbishop Depo in his sermon discovered popular music. He attacked John Lennon’s song “Imagine” asking “would the world be really better if there was no border between right and wrong, when we become people with no borders, no motherland, no culture, no tradition, and, first of all, without God?”. he then used some quotes from John Paul II to explain, that the answer to this question lies in Holy Mary, as sweet, poisonous and naive Utopia of John Lennon is no match to her joy and gratitude towards God, that takes in consideration the real strength of evil.

And all that from a pacifist ballad of a naive rock-man. I can’t wait for the Bishop to discover heavy metal. Or, god forbid, the songs of the newest ally of his beloved Kaczyński, Paweł Kukiz…

This piece was written for Britské Listy
Picture of  Paweł Kukiz  the rag: Pflatau via Wikipedia (CC 3.0)