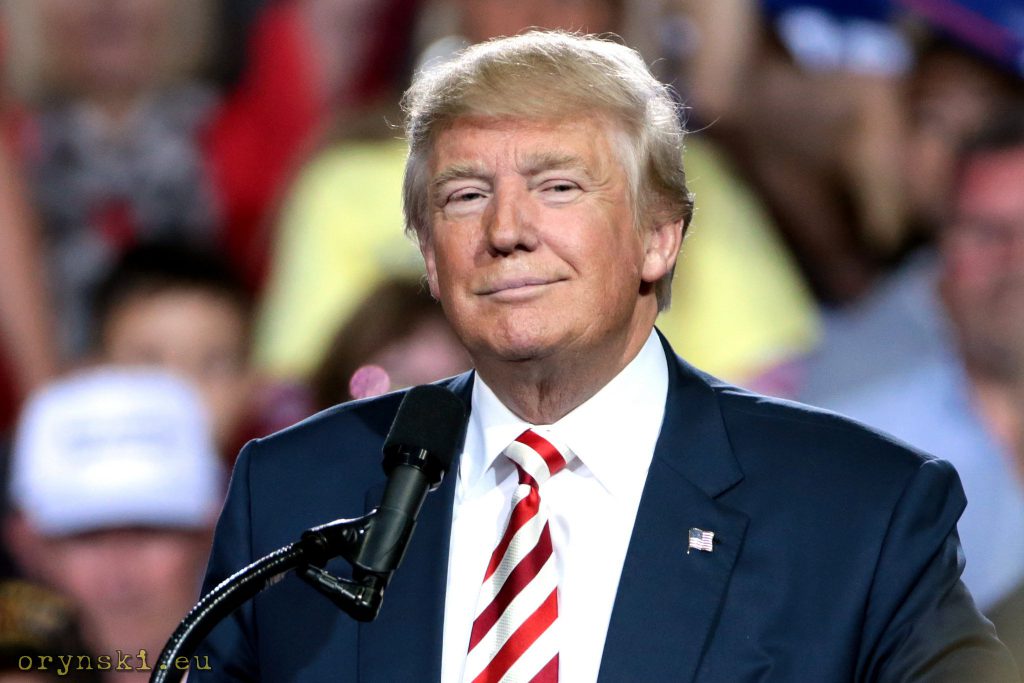 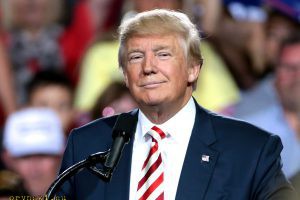 Last week in Poland was dominated by two major international events: 41st Session of the World Heritage Committee held by UNESCO in Kraków and a visit of president Trump in Poland.

The former did not went as PiS hoped. Despite PiS efforts to take the subject of logging in Białowieża Forest, UNESCO was unable to ignore alarming messages from sciencist and environmentalist as well as massive protests against minister Szyszko’s actions. In a desperate attempt to counterbalance a big rally against logging that was organized in Kraków during the conference, the State Forests bussed a couple of hundreds of forrestry workers to the city, where they were staging a manifestation, holding mass produced signs with slogans such as “We support prof. Jan Szyszko”, “We support Konrad Tomaszewski, General Director of State Forests!” or “When bark beetle stuffs himself, Forestry workers run to rescue woods!”. Strangely enough, the new law introduced by PiS that bans counter-manifestations seemed not to apply in this case, as it was allowed to happen on the same street. But this was yet another case of PiS shooting itself in it’s feet, as the stark contrast between spontaneous rally of environmentally-concerned people and a bunch of middle-aged men holding identical signs with a bleak slogans was as big, as if someone tried to compare an open-air rock festival with a mass gathering of communist party in 1950’s.

While the fate of the forest was being decided in Kraków, near Białowieża another groups of protesters, including environmental activists from Romania and Czech republic (some of the Czechs can be seen in that material from 1:00 onwards), were involved on site, blocking heavy logging machinery.
Meanwhile at the conference Poland tried the best to try to influence delegates from other countries. Polish diplomacy under Witold Waszczykowski is not commonly considered to be the most efficient, so the only delegates who agreed to support Poland’s position were two central-Asian countries troubled by some democratic issues as well. Polish diplomats managed to convince Kazakhstan to bring Polish government’s position as it’s own and Azerbaijan to express mild support for it’s stand, but that was all. Discussion resulted in a pretty bold stand from UNESCO: it urged Poland to immediately stop logging in the old-growth forests of Białowieża World Heritage Site.

Despite this decision, blockades of heavy machinery were again removed by the police, while participants of previous protests are receiving “requests for payments” for the losses incurred by the loggers due to blockades of heavy machinery. It seems as a preparation of litigating them, which probably has to serve as a way to scare others from participating in such protests.

Meanwhile PiS seems to be running around in panic, bumping at each other. Minister Szyszko described UNESCO’s decision as “offensive to Poland”, prime minister Beata Szydło decided to take different approach, and two days later simply lied, claiming that information that UNESCO urged Poland to stop logging is fake news. Good, old school of Jarosław Kaczyński, who is on record claiming that “shouting and crying will not make him believe, that white is white and black is black”.

The whole affair was summed up brilliantly by a environmental activist and journalist Adam Wajrak:

“UNESCO in Kraków was supposed to be a success of deputy prime minister [and minister of Culture] Gliński, but Szyszko stole his show by pressing ahead with his decisions regarding Puszcza Białowieska. He got entangled into his own pants, as he only provoked discussion of the topic, and the staged demonstration of forestry workers incognito brought memoires of communist Poland to ¾ of Poles. Meanwhile delegates understood nothing of it and were convinced, that this is in fact one big protest in defence of Puszcza, just on both sides of the street. And then, when I thought that UNESCO‘s decision was covered by Trump, Beata Szydło decided to bring it back, and now thanks to her everyone is reading UNESCO resolution on Puszcza Białowieska again.”

I have nothing to add.

Polish coach drivers had a busy week. Incognito forestry workers were not the only crowds that needed transportation. While many people were interested in seeing president of the USA in person, PiS wanted to be sure that president Trump will get a hero welcome he deserves, therefore they’ve decided to ship to Warsaw cheering crowds from all over Poland. It was not that bad idea if they wanted for Trump to like Poland, especially when we compare his visit in Warsaw with not-so-warm welcome he received on streets in Germany. Unfortunately PiS was not able to control every aspect of Trump’s visit, so they had to face a thorny issue of Lech Wałęsa, who, despite being smeared in every way possible by Polish right, who try to throw him from the pedestal of Solidarity legend in order to make space for Lech Kaczyński, still remains an important figure for American president. In an ironic twist of the history, Wałęsa was booed by the crowds, while PiS MP Stanisław Piotrowicz, in 1980’s a communist prosecutor, received a warm welcome.

The Trump’s speech itself was just what Poles wanted to hear: a bunch of round words about US commitment to NATO, some criticism of Russia, that it is ordinary people, who are the substructure of freedom and that Islamic terrorism is an attack of “Western Civilisation”: that is on freedom and Christianity. He did not forget to recall how brave we were during the war, he mentioned the Polish Pope and told us that we have special place in the fight for the better future of the West. He also made government happy, as, unlike Obama, he refrained from even slightest reference to Polish problems with democracy or freedom of press.

A pretext to invite Trump was some summit of Three-Seas-Agreement, apparently as Poland on it’s own is not interesting enough for him to visit. But the picture painted by right wing media is completely different: in there, Trump arrived to Poland to talk with president Duda like with his peer, and Polish first lady even showed him his place when she ignored his stretched hand and went to shake hands with Melania instead:

That moment seems to get most coverage, and no wonder, as it is very unclear what good is to come from his visit. He did not made any assurances about presence of US Troops in Poland and the main business topic was about Poland importing LNG gas from USA.

Let’s stop at this for a second: Poland tries to diversify it’s energy sources. Therefore we’ve build a major LNG terminal in Świnoujście. Despite the fact, that it was constructed by the previous government, PiS tries to show it as their own success. We made a deal with Qatar, and until recently Lech Kaczyński LNG Terminal in Świnoujście (yes, the terminal was named after Lech Kaczyński, are you surprised?) was painted as the huge step forward on the path to freeing Poland from energetic dependence from Russia thanks to our strategic partnership with Qatar. This investment was even supposed to bring Putin to his knees. Fast forward a year and now we have Polish government subserviently welcoming an US president, who just expressed his strong support for Saudi Arabia in it’s conflict with Qatar, our strategic energy partner. Now, since this little emirate faces problem with exporting it’s gas, we have to seek alternative sources. Luckily USA is ready to sell us more of its gas. The problem is that we already import some gas from them and it is pretty expensive, so the fact, that the man who just helped to block his main competitors is trying to sell us more LNG while joking about “putting the price up” is not really encouraging.

Luckily Mateusz Morawiecki, minister of infrastructure, is sure, that LNG from USA will “surely be cheaper” and thanks to it, Poland will become a “gas distribution hub for Central Europe”. I wonder if he is aware, that even if every single LNG tanker in the world was devoted to one and only job of delivering LNG from USA to Poland, running across Atlantic 24/7, it would still not be enough to meet even our own need, not to mention supplying it to other countries of the region…

Last but not least, Trump still did nothing about the fact, that Polish citizens still need to apply for a visa in order to visit United States. There is nothing about that in the media – perhaps because PiS is confused about that: on one hand it shows that we are still treated worse than most of our neighbours. On the other hand, they were telling everyone for a long time, that instead of allowing people to come to your country, you should try to help them where they are…

Still, all that did not stopped PiS media from competing for the title of most embarrassing show of subservience to American President. As often, Jacek Kurski’s TVP surpassed it’s competition by miles. They have found, probably in a broomstick closet, Andrzej Rosiewicz, a faded star, that used to sing for General Jaruzelski and Michail Gorbatchev. And who would be better to write another suck-up song for another “leader of a free world”?
And so, in a breakfast TV, this 72 old guy, accompanied by a apparently bemused cheerleader, was making fool of himself, dancing and singing (in English):

And watching that embarrasing spectacle brings only question to one’s mind: if, as PiS claims, Poland is getting up from it’s knees, how on earth it ended with it’s head in Trump’s bottom?

One Reply to “Meanwhile in Cuckooland 32”